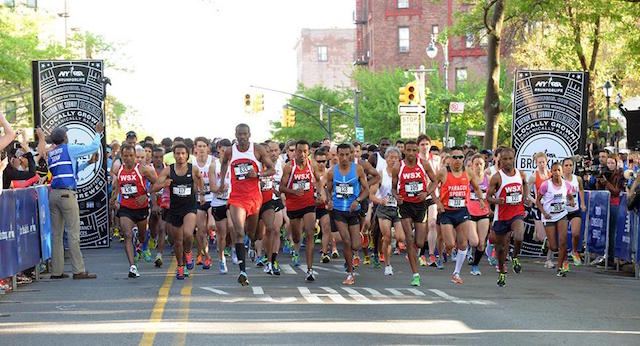 Here they come! The BK Half is back on Saturday. Photo: nyrr.org

If you are running in the Brooklyn Half this Saturday (and doesn’t it seem like everyone you know is?), good luck and we are all praying for no rain! If you aren’t, get some exercise this week in a much less intense fashion by participating in the first ever free Citi Bike day. This Thursday, in honor of Bike-to-Work Week, free Citi Bike day passes will be available at every kiosk all day long, so grab your helmet and get pedaling. After all, you’ll need to burn some cals if you plan to attend The Big Great Bacon Picnic, which is exactly what it sounds like, in Williamsburg this weekend. We also have a very limited number of tickets left to our Total Crown Heights Immersion with Brooklyn Brewery on Saturday, but if you miss out, our Gowanus edition on June 6 is shaping up to be super fun–the crawl includes two new bars in the neighborhood, one that hasn’t even opened.

With the Half and the bacon extravaganza bringing everyone and their brother to Brooklyn, you might feel an urge to get out of dodge, in which case you should sign up for Saturday’s bus trip to Catskill Distilling Company in Woodstock. Tailbus, a new company aimed at providing affordable, crowdsourced group transit and shared adventures, is selling $39 tickets here, which guarantee roundtrip bus transportation to Woodstock, free mimosas on board, a tour of the distillery, and discounted food and drinks.

Finally, plan ahead for some serious post-Memorial Day entertainment by picking up tickets for Nitehawk’s Film Feast presentation of Weird Al Yankovic’s crazy ‘80s cult classic, UHF, on June 2. As always, tickets are $75, include a multi-course menu of creative dishes based on the movie, and will sell out. The next night, June 3, Celebrate Brooklyn welcomes Chaka Kahn for its season opener, and master of Twitter Rob Delaney will be at The Bell House for a late show at 10:30pm, so you can easily cram in both. Chaka Kahn is free, which is amazing, but tickets to see Delaney are $25 and will be gone soon.

For now, here’s all the fun to pencil in this week. 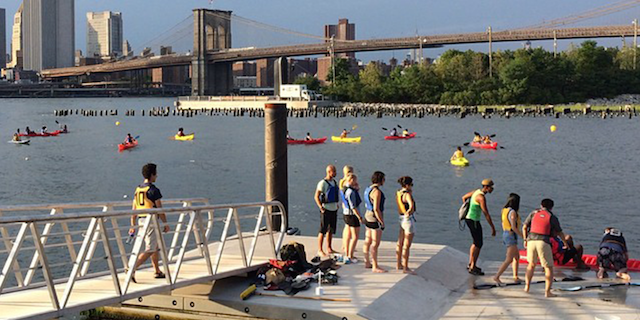 If you’ve ever gone kayaking in Brooklyn Bridge Park, you know how much fun it is to paddle around in the East River against the backdrop of the Manhattan skyline, and if you haven’t . . . well. . . what’s stopping you? Thanks to the dedicated people at the Brooklyn Bridge Park Boathouse, it is absolutely free for you to borrow a boat and all the safety equipment you need for a spectacular day out on the water! Of course, it does actually cost the Boathouse money to maintain the fleet of kayaks, which were used by over 6,000 paddlers last year alone, so they are throwing their annual fundraiser party at Brooklyn Roasting Company on Thursday from 7-10pm to help keep gear, facilities, and programming up to snuff. Tickets are $25 at the door and $20 if you buy them online, which guarantees you a couple of drinks and the satisfaction of knowing that you are helping make a really cool summer activity available to everyone. There will also be $5 raffle tickets for prizes like beer brewing classes and lots of chances to hobnob with other kayaking enthusiasts. And since you’ll be in the neighborhood, check out the first of Celebrate Brooklyn’s three dance parties in the park at Pier 1. — K.H. 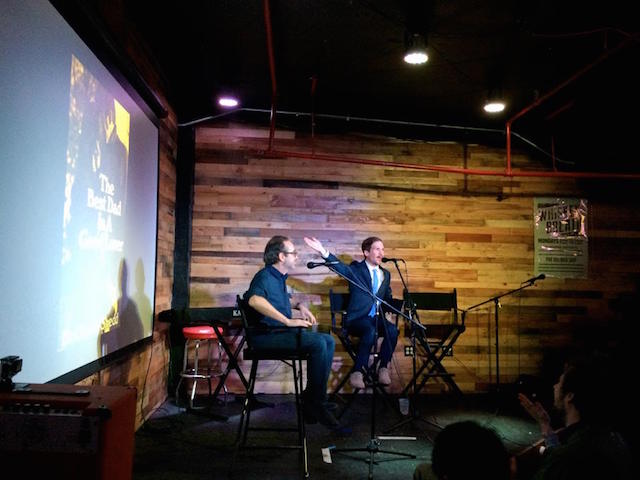 Late Night Basement, which was just crowned Best Comedy Show in New York City by New York Magazine, returns this Friday at 9pm to Pine Box Rock Shop with yet another great lineup of guests. This month, the talk show-style event welcomes writer/director/actress Lake Bell (of In A World… and this super steamy New York magazine cover), as well as comedians Joe Pera and Sue Smith (who we recently interviewed about her brand new EP), and Matt & Viviana, founders of that Nancy Kerrigan and Tonya Harding 1994 Museum that was covered everywhere last month. Admission is free (though space is limited) and includes a two-for-one Heavy Seas beer special and a nu-disco dance afterparty you won’t want to miss. –N.R. 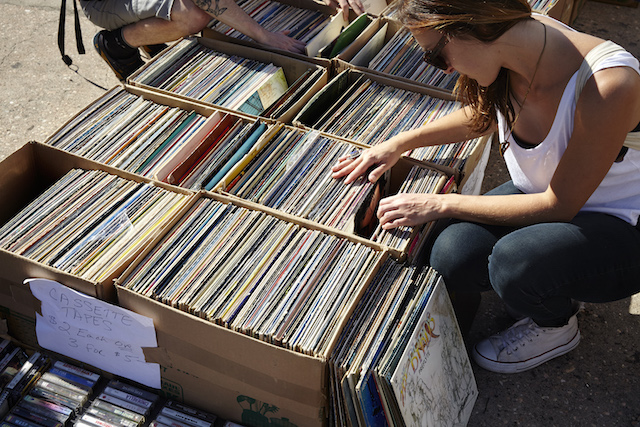 Music collection feeling a bit stale? Not anymore: Just head to the Brooklyn Flea Record Fair this Saturday at Smorgasburg for a great selection of shiny vinyl. From 11am-6pm, visitors are invited to browse and buy records from more than 50 independent record labels while munching on tasty bites from Smorgasburg’s many top-notch food vendors. Meanwhile, enjoy tunes from four great DJs including Mister Saturday Night’s Eamon Harkin and Jack Tatum, the lead singer of dream pop outfit Wild Nothing. Admission is free, and we suggest showing up early to avoid getting stuck with the musical dregs.  –N.R. 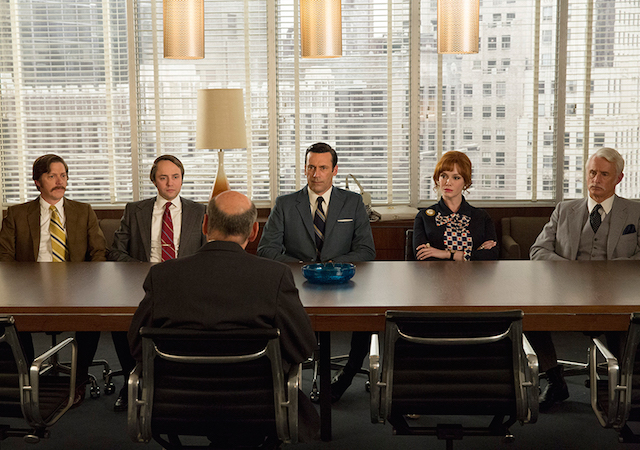 Give Mad Men a proper sendoff with a series finale party at The Vanderbilt on Sunday night. Photo: amc.com

It’s hard to tell what we are going to miss most about Mad Men: the outfits, the martini lunches, Roger’s one-liners, the incomprehensible teasers for the next week’s episode, or all things related to Joan. One thing that is clear, though, is that when the series wraps up on Sunday night it will truly be the end of an era. Send Don and the gang out in style at Nifty NYC’s Mad Men finale party Sunday night at The Vanderbilt starting at 9pm. There will be a costume contest, Mad Men trivia sponsored by The Big Quiz thing, a Zou Bisou Bisou lip sync battle (obviously), themed cocktails, prizes, a ‘60s soundtrack, and, of course, a screening of the final episode on a giant TV. Amazingly, admission is free, which should help cushion the blow of one of the greatest television shows ever going dark, but you should RSVP in advance. — K.H. 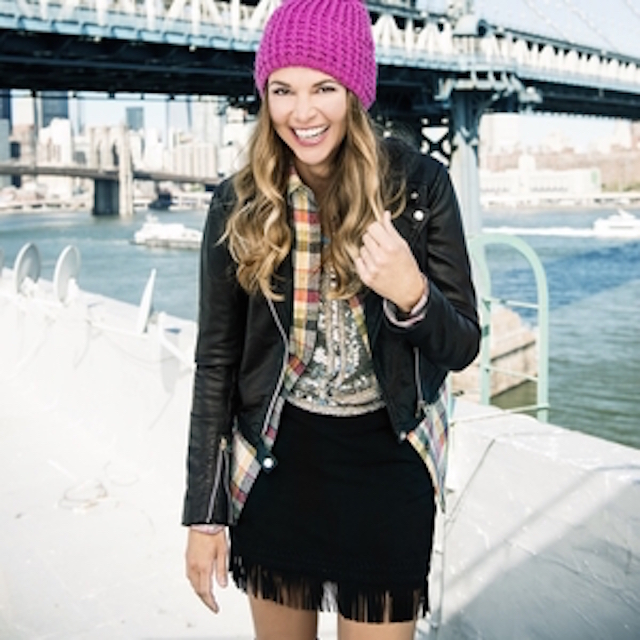 The fun, frenetic, hilarious “Ask Me Another,” the NPR show that blends comedy, trivia, music, and a diverse lineup of guests, is taping another bunch of live shows over the next few weeks at The Bell House.  If you’ve never been before, it packs a hefty punch of entertainment for $20 on a Monday night. Host Ophira Eisenberg and house musician Jonathan Coulton are real pros and succeed in making the experience feel like a large-scale, much wittier version of a game night at home with your friends. Monday’s guest is Broadway sensation Sutton Foster, who is currently starring in Younger, a new show on TV Land, and tickets are available here. —K.H. 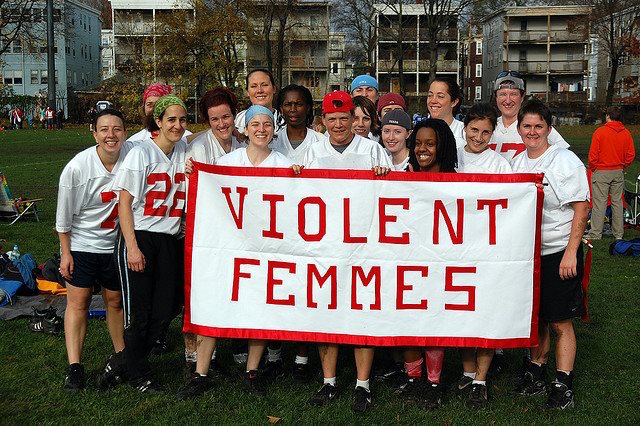 Violent Femmes are performing an in-store show at Rough Trade on Tuesday night to celebrate the 30th anniversary of their eponymous album and kick off their new one. Photo: Violent Femmes

Since opening last year, the NYC branch of record label Rough Trade has welcomed dozens of classic acts, including Billy Corgan of The Smashing Pumpkins and Blondie, and on Tuesday the Williamsburg store will continue the trend, welcoming one of the ‘80s most prominent and influential bands, the Violent Femmes. The acoustic punk band best known for anthems to teenagedom like “Blister in the Sun” and “Add It Up” will be on hand for an in-store performance commemorating the 30th anniversary (Ed. note: yikes!) of their self-titled debut album and in promotion of their new vinyl EP, Happy New Year. All that you need to do for a wristband and admission to the show is to drop by the store and buy the new EP between now and Tuesday. Doors open at 6:30pm. –N.R. 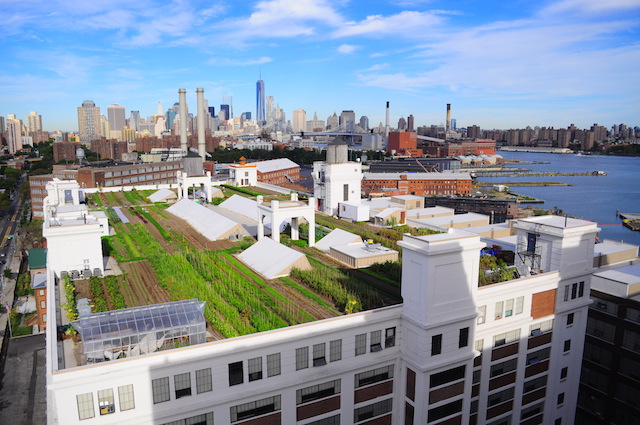 Brooklyn Grange, the amazing rooftop garden (the largest in the world!) at the Brooklyn Navy Yard, opens up its weekly Wednesday tours for the season today. If you’re at all interested in urban agriculture, sign up for one of the four-person tours (which take place at 10am and 11:30am) and you can learn about the Grange’s unique farming methods and business model and explore its massive grounds. While you’re at it, you should also check out their events page and sign up now for some of the popular summer activities that sell out quickly, like rooftop yoga, dinners with guest chefs, and myriad tastings and classes designed to connect you to local, sustainable produce. If you’ve got some cash to spend and want to really get out of the city for a day, RootedNY, another organization dedicated to bringing the farm-to-table experience beyond just the kitchen, is organizing two awesome day trips to visit producers in New York State in the next couple of weeks. First up, on May 24, head upstate to an award-winning cow and goat dairy farm for a tour, cheese-tasting, and farm-to-table luncheon. On June 20, oyster lovers will be in heaven when the group travels east to Long Island’s Blue Island Oyster Company and Blue Point Brewery for tours and tastings. — K.H.