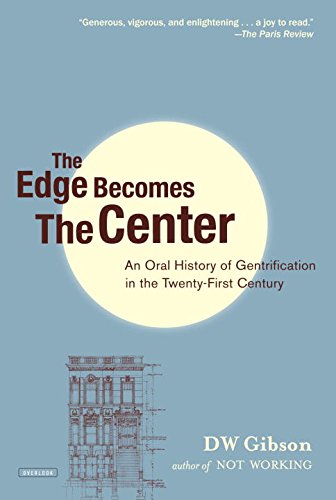 Last week, New York magazine ran an as-told-to account of a landlord who exemplified the worst of what we think about heinous real estate practices in New York. He was just one person, though–and really the most reprehensible one–featured in DW Gibson’s new book, The Edge Becomes the Center: An Oral History of Gentrification in the Twenty-First Century. Gibson spent three years interviewing people who are all involved in the story of how New York’s neighborhoods have radically changed over the past 15 years. He chose the most compelling personalities from all sides of the conversation–landlords, tenants, architects, developers, and activists–to deliver personal accounts that put faces on the established narratives surrounding gentrification, like the effect that market-rate renters have upon rent-stabilized tenants in the same building. We learn how a man who moved into his Crown Heights apartment in the first grade is later taken to housing court ostensibly because he upgraded his cabinets (just as the building’s landlord has offered him $30,000 to move); how one Bed-Stuy native jumps in front of headphone-wearing newcomers to get them to become more present; and how a Ridgewood architect sees the evolution of land use in New York as vital and as natural as the evolution of language.

It’s a truly absorbing book, and it sold out on Amazon in a matter of days. You can find copies on the shelves of local bookstores like Greenlight, though, where Gibson will be reading tomorrow night at 8pm. Below is an edited version of our interview.

Brooklyn Based: A point you often make in the book, and that you hear from the various people you interviewed, is that gentrification is not just an us-versus-them debate. There are many different types of gentrifiers. And it seems as though the gentrifiers that long-time residents get most upset about are the new residents who don’t seem to want to engage at all with the existing community. People who have just moved to a neighborhood simply because it’s cheaper.

If every new resident just engaged with their new community in a meaningful way, do you think gentrification would no longer be as loaded or as bad a word as it is?

DW Gibson: I would say yes. I don’t think it’s a panacea and it would fix everything, but to answer your question precisely, I don’t think it would be as toxic of a word as it is. This is one of the points in the book that I can speak to directly as an individual, as a New Yorker.

I live in Flatbush, Brooklyn, on a small street where it’s safe to say the vast majority of the folks who live on this block are Caribbean. They’re from Barbados, Trinidad and Tobago. I’m very different from them on the surface. I feel conscious about that. I feel aware of that. And the best that I can do, and what I strive to do is simply to develop personal connections with all the people around me, my neighbors and the people down the street and introduce myself and get to know them and become involved in the community in any way I can.

I think if everyone was doing that type of engagement, it would be a first big, huge step toward taking away a lot of the animosity. Because I think there are issues with gentrification on a policy level and we need to talk about those in terms of the things we give developers. Then there are issues with gentrification on an interpersonal level–how we conduct ourselves on the street and how we do or don’t engage our community.

Gentrification is happening all over the U.S. Could you see doing a similar oral history of gentrification in another city, or do you think this conversation is only absorbing because it’s happening in New York?

This is definitely not uniquely a New York story. I very intentionally left New York off the cover of the book [because] I view this as a case study and I think there are two important points that need to be understood simultaneously.

That said, there are themes and forces at play that all urban environments are in the grip of, and the most central one that applies to New York and applies to most urban areas around the globe is the flow of global capital.

We’ve had an idea of gentrification around for decades, with Ruth Glass referencing it first in London in the sixties. But since then, we’ve had a lot of factors come into play that weren’t there. And 21st-century gentrification is in the grip of global capital.

So when you go looking for an apartment to rent or even a home to buy with your family, you’re not competing against other families looking for homes–that’s not your first competitor. The people you’re competing with are hedge funds and investment groups that are based in Dubai or London or Shanghai. Landowners increasingly are living another state away or another country away or another continent away.

That image we have in our head of, ‘Oh, there’s a leak in my ceiling, I have to go knock downstairs on my landlord’s door’ is gone. Because the colloquial landlord isn’t there. It’s a company that represents an LLC that represents some people down the line.

So we remove this notion of proximity and that’s really insidious….That flow of global capital, it has a mind of its own and it’ll go wherever it wants to go. It will leave New York, it will go to L.A., it will go to Shanghai, it will do whatever it wants to do. We’re at the mercy of that global capital. That to me is the fundamental thing, on the corporate level, that we’ll need to address at some point because it’s not sustainable. 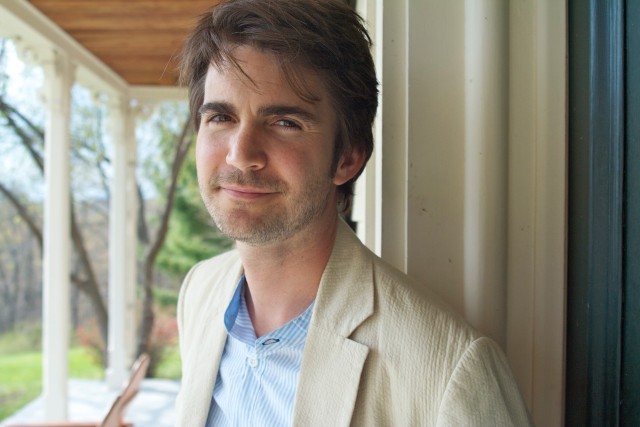 Perhaps. I don’t think we should sell other cities short in terms of their ability to fetishize real estate. That said, this notion of finite space might be the thing that New York has that a lot of other urban environments, particularly in the U.S., don’t have.

I mean, if you want to go invest in L.A., it kind of feels like there’s endless sprawl, where you can pick your point and try to make it happen and change what we define as Los Angeles. It just keeps getting bigger and bigger.

We are also one of the most ethnically diverse cities in the country. Do you think that race plays a role in making gentrification a much more heated, sensitive issue here?

The short answer I guess is yes. At the end of the day, it’s a class issue. But here’s the deal–we can’t live in a bubble in 2015. We have to understand the context from which we spring and our two hundred-plus years of American history have all kinds of demonstrable evidence to point to the disenfranchisement of minorities, particularly African-Americans, for the longest amount of time.

So you have to take into consideration historic factors like red lining that have systematically prevented lots of the population from being able to capitalize on where they live or choose where they live.

So it is, at its core, a class issue, but in the U.S., you cannot extract race from class because of our history, so it therefore does become a race issue.

You live in Flatbush. Do you have a gentrification story or feel like a gentrifier yourself?

I mean I guess I do feel like a gentrifier, in that I’m a new person in the neighborhood. I’m in a neighborhood, again where people come from very different ethnic backgrounds and cultural backgrounds than I come from. I mean, actually, something happened yesterday that is on the one hand a trite example, but not at all a trite example.

I’m walking into my house with my daughter and across the street were three guys. I don’t know if they were African-American or Caribbean. They looked to be about teenagers and they were just chatting amongst themselves.

I heard one of them say something to the effect of, ‘Oh look, that dude’s going into my aunt’s house. That dude bought my aunt’s house.’ And I turned around and I said, ‘Oh, your aunt used to live here?’

I could tell I totally threw him off guard by saying that, I think he was expecting me to either not hear him or have a response. And he said, ‘Yeah, yeah my aunt lived there and I lived up there. I lived with her for awhile.’ Then we had a five-minute conversation and he asked me how the house was different.

I asked if he wanted to see it, he didn’t want to see it. He asked me what the upstairs looked like now and I described it to him and we had this fantastic conversation and parted ways. That’s a five-minute, small example, but that’s precisely what I mean about waking up to the world around you and engaging with the people around you.

I don’t know necessarily why he said that at the outset, but I heard it. I wasn’t going to play dumb like I didn’t hear it, I was going to engage the guy. If he had a family member that used to live there, it’s interesting. I want to know more about the history of where I live, so I engaged him for a few minutes, and the next time he walks down the street, I’ll recognize him and we’ll not be strangers to each other. Again, a really simplistic example, but I’m telling you those are the ones, if those stack up like thousands and millions, we’ve got change on our hands.