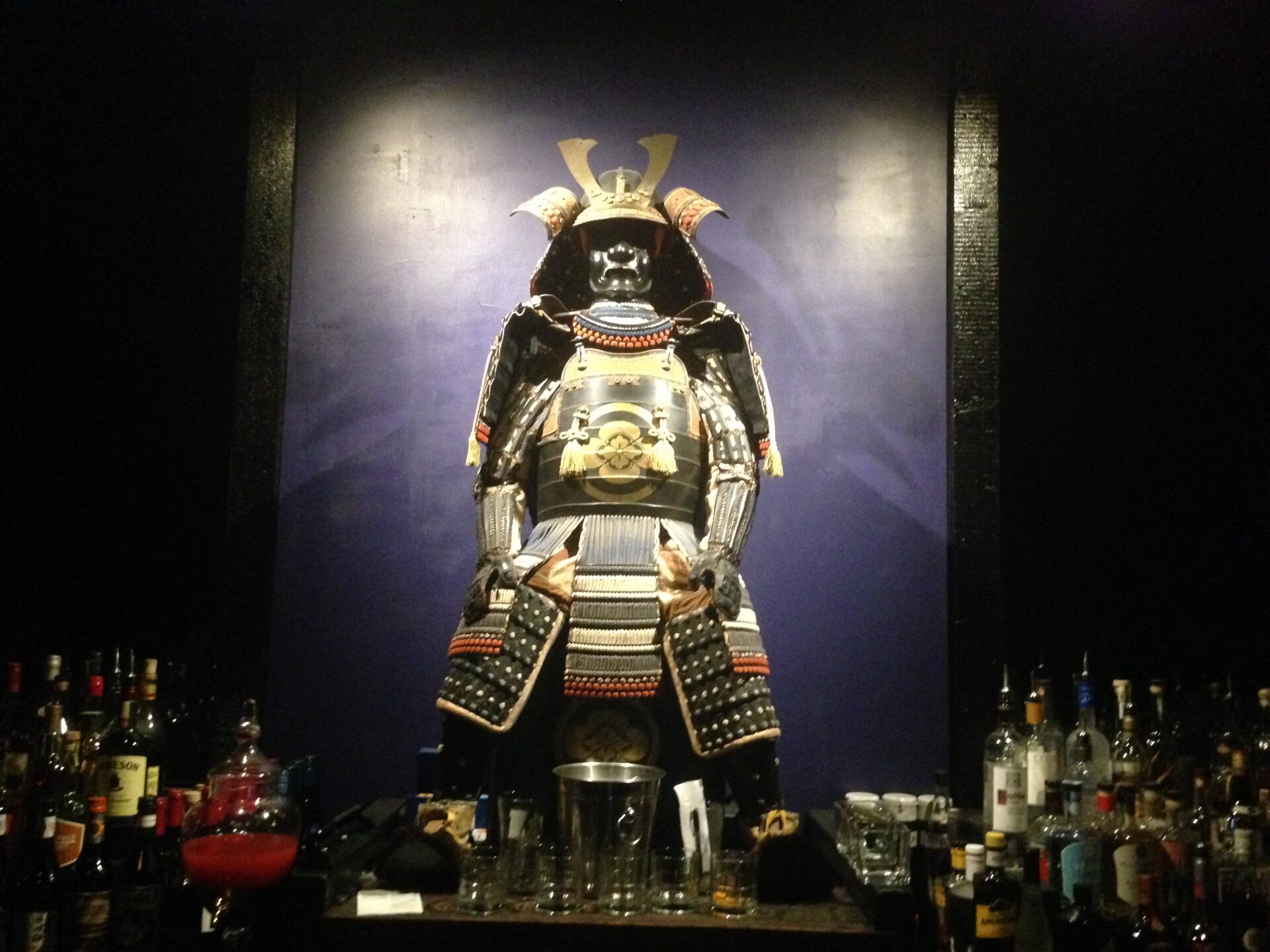 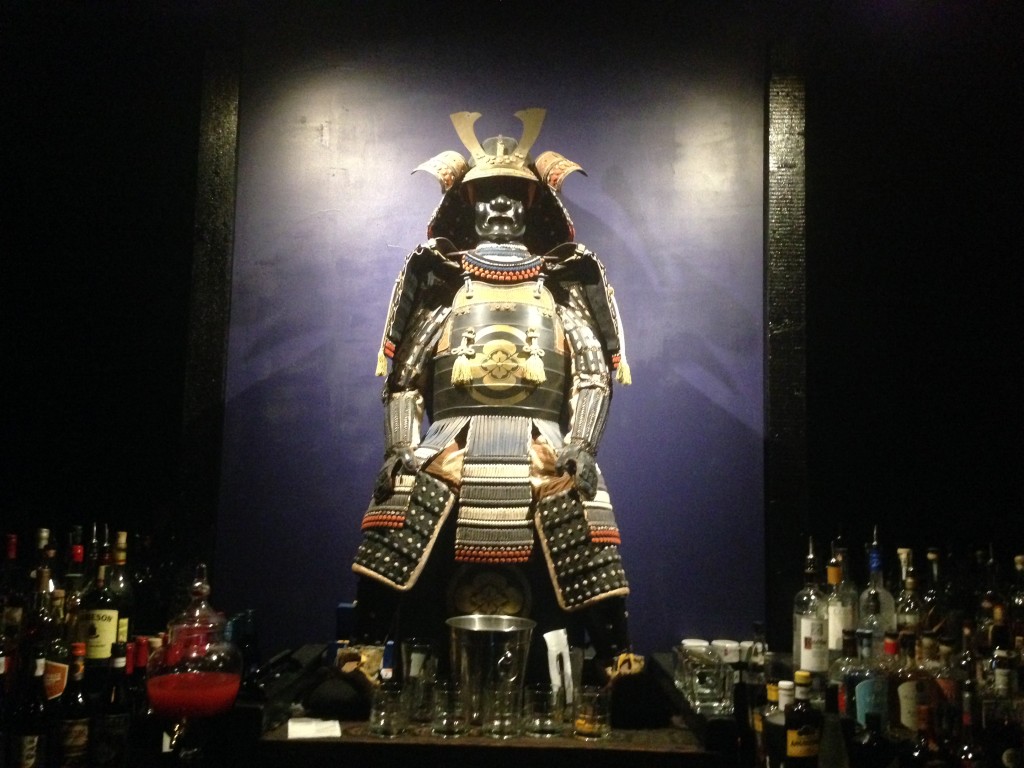 The Samurai at the bar. Photo: Heather Dockray

Back when I lived in Bed-Stuy just three years ago, there weren’t too many bars to choose from. Over on Franklin, we had Tip-Top, a lovely neighborhood dive bar that I’m quite sure gave me bronchitis. On Nostrand, there was Vodou, and on Bedford, Larry’s Liquid Love, a bar I’m a deeply saddened to report I never once visited (we’re all human, we all make mistakes). That’s why I was especially excited to see Bed-Vyne Cocktail Lounge open next door to Royal Rib House (my favorite place in New York to pick up dripping ribs in a Styrofoam container). Sure, ‘rib house’ and ‘cocktail lounge’ might make for strange bedfellows, but Bed-Vyne fits seamlessly into its surrounding neighborhood.

Owner Rotimi Akinnuoye, who owns Bed-Vyne Brew and Bed-Vyne Wine, wanted to create a space that would meet the demands of its community. “We opened Bed-Vyne Brew in 2013 after the wine shop because people in the neighborhood said they wanted a place to hang out,” Akinnuoye told DNAinfo. “Then they said they wanted mixed drinks, and when people tell you want they want, you have to listen.”

The lounge, which just opened last month, is a dark, dimly lit venue, featuring two large wooden booths (I know, I want cushions too, but we can’t all win), a long bar counter, and a huge Samurai centerpiece, right in the bar center. It’s sort of an odd choice of décor, but in a restaurant landscape dominated by overpriced “speakeasies” and 18-year-old bartenders in turn-of-the-century mustaches, I applaud their creativity. The back garden is currently under construction, and is expected to open shortly. 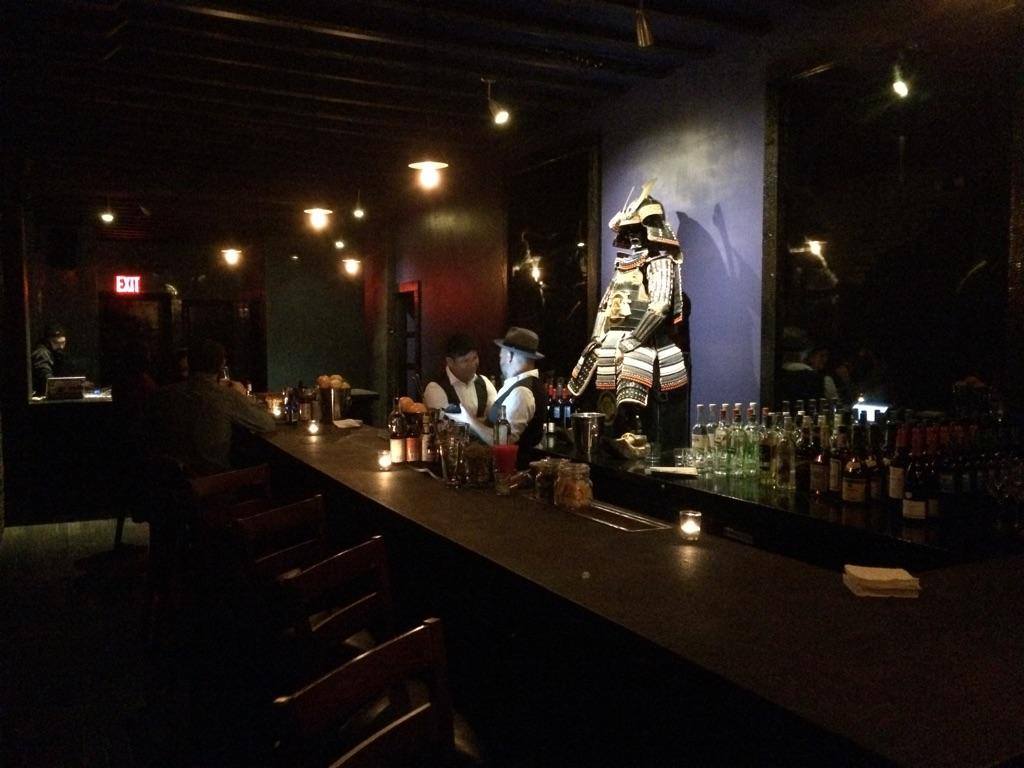 Cocktails run the gamut from old-fashioned old fashioneds, to ‘The Halsey,’ a careful balance of dark rum, ginger, orange, and fig. It’s a smooth drink with an elegant finish, and like many of the other drinks on the menu, feels cosmopolitan, not pretentious (in fact, you could probably order a cosmopolitan at this place, and nobody would raise a single ironic eyebrow). Weekday happy hours run until 9 pm (hooray!), but it was hard for me to totally ‘hooray!’ over their $1 off $12 cocktail specials. Other discounts were, however, more forgiving. And yes, there were free nuts.

While it seems like the venue has a few kinks to work out (parts of the interior felt unfinished, as did the backyard), I’m excited to see how the space will transform. The bar owner apparently has plans to introduce food to the menu (wink wink, HOUSE OF RIBS), and I’d love to see how Bed-Vyne grows up. It’s a warm, intimate lounge with a solid cocktail line-up and a welcoming staff. I encourage everyone to check it out at least once this summer, and Yelp with your full heart.