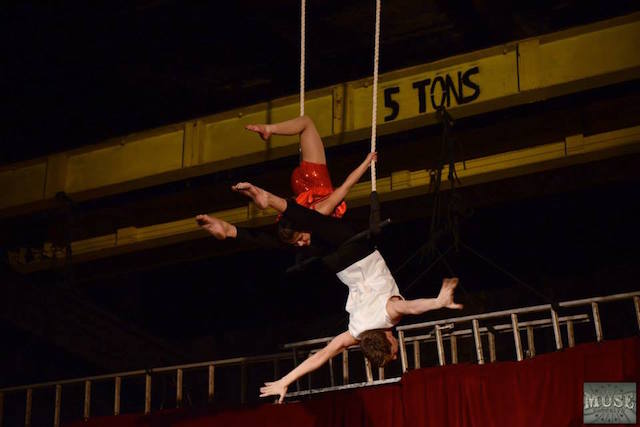 Aerialists from The Muse are just some of the entertainment that will be on hand at the epic Brooklyn Spaces book launch party on Saturday night. Photo: The Muse

Feeling a little stressed out lately? You aren’t alone, and one of the best ways to realize that fact is to immerse yourself in other people’s problems, which you can do this Friday night at the first anniversary of Relationshit, the live show featuring all kinds of messed up relationship issues and advice from real therapists. To celebrate the one year mark, hosts Lynn Bixenspan and Morgan Pielli are welcoming an extra-special lineup of guests, including This American Life’s Elna Baker, comedians Brooke Arnold and Kendra Cunningham, and clinical psychologist Wilson McDermut, that will essentially let you take a voyeuristic (and maybe therapeutic) peek into the therapy sessions of total strangers. Tickets are $8, and the show is at 8pm at Standard Toykraft.

If you’re still in need of some serious de-stressing, we’ve got three words for you: Yoga Beer Brunch. That’s right, this Saturday at 11am you can unwind and get fully present in a mixed-level, slow flow vinyasa yoga class taught inside St. Gambrinus Beer Shoppe. After you’ve completed all your poses and sun salutes, dig into a complimentary bagel brunch courtesy of Court Street Bagels and treat yourself to a drink or two at happy hour prices. Tickets cover the class and brunch and are $17. For another transcendent yoga experience, be sure to sign up for one of this summer’s weekly sunset sessions in the rooftop garden at Brooklyn Grange’s Navy Yard farm. This Monday’s class is already sold out, but there are plenty of $15 tickets available for June 8 and beyond.

Everyone knows that Brooklyn is home to a host of wacky, creative, and collaborative DIY venues, but unless you are really plugged into the scene it’s tough to keep tabs on it. That’s why we’re grateful for the work of Oriana Leckert, whose efforts to chronicle these often fleeting cultural phenomena culminated in her book entitled, Brooklyn Spaces: 50 Hubs of Culture and Creativity, which was released last week. One of the spaces profiled in the book, the historic Gowanus Ballroom, is hosting the mother of all book launch parties for Leckert on Saturday night, complete with a marching band, an all-female samba-reggae percussion group, aerialists, a flaming saxophone player, food trucks, and late night dancing. To help celebrate, we’re giving away five copies of Brooklyn Spaces. To enter to win one, just sign up here by June 1.

But that’s not all, friends– we’ve got more tips to keep you busy well into next week. 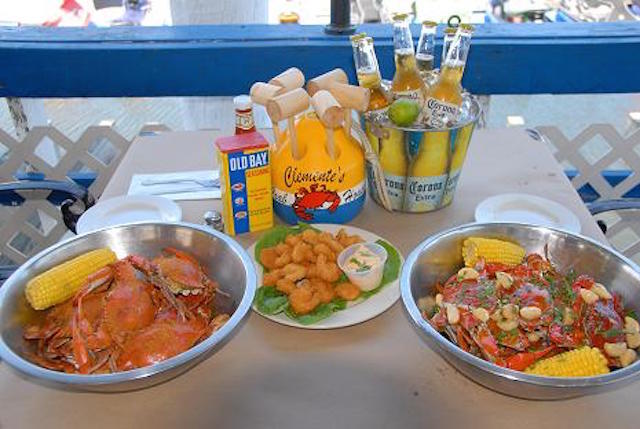 Pig out on all the best food that one of Brooklyn’s southernmost corners has to offer at THE BITE: Sheepshead 2015, Sheepshead Bay’s annual culinary blowout featuring sample dishes from a wide array of local Georgian, Turkish, Greek, Italian, Peruvian, Ukrainian, Middle Eastern, and American restaurants. If you’ve never made it out to try the food at perennially popular spots like Clemente’s Maryland Crab House, Il Fornetto, Taci’s Beyti, Tone Georgian Bread, or JoMart Chocolates, you can check them all off your list at the same time (along with lots of other spots) this Thursday starting at 7pm on the waterfront. Tickets are $45 a pop, but that’s a total steal when you consider it covers over 50 dishes (!) and a free drink, and you can get $10 off with the discount code Bite35. –K.H.

France can keep Cannes: the Brooklyn film season is officially underway. Starting this Friday, cinephiles can partake in both the Brooklyn Film Festival (May 29 – June 7) and the 19th Annual Rooftop Films series (running through August 22). If you’re hanging around North Brooklyn, drop by the Wythe Hotel for the opening night of the BFF, which will begin with an 8pm screening of Manson Family Vacation, the latest film produced by the ridiculously prolific Duplass brothers. The movie follows the intriguing-sounding story of a pair of estranged and very different brothers who team up for a morbid road trip to visit all of the Manson Family’s murder sites. After the show, stick around for an opening night afterparty with complimentary wine  and appetizers at 10pm. Tickets for the film and the party are $35. Meanwhile, in South Brooklyn, another season of the beloved Rooftop Film series kicks off at 8pm with an opening night show entitled This Is What We Mean By Short Films screening at Sunset Park’s Industry City. Eight short films, including Actor Seeks Role, starring Girls‘ Alex Karpovsky, and The Land, a short documentary on an insane Welsh theme park where kids are completely set loose, will be projected onto dual screens, followed by an 11pm afterparty. Tickets are $15 and can be purchased here or at the door. –N.R. 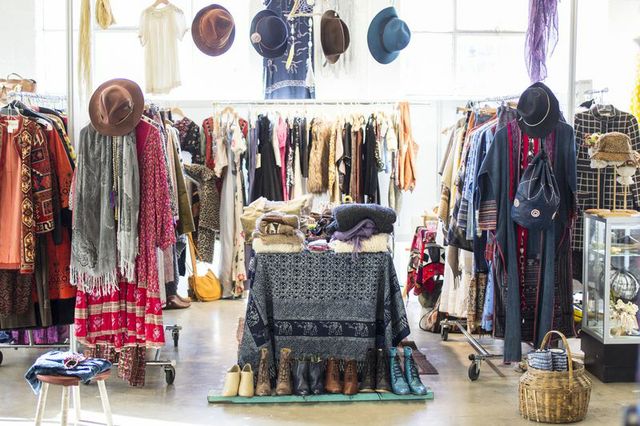 A vintage popup marketplace that has been killing it in LA makes its East Coast debut this weekend in Industry City. Photo: A Current Affair

Attention fashion mavens, celeb stalkers, and lovers of all things quirky and unusual: clear a day this weekend to peruse the racks at the East Coast debut of A Current Affair, a pop up vintage marketplace featuring curated selections of clothing, jewelry, and accessories from over 50 of the nation’s best vintage retailers and private dealers. The show has been a huge hit in LA since 2010, drawing big name tastemakers like Nicole Richie, Demi Moore, and Anna Sui, as well as designers from Opening Ceremony, Saint Laurent, Georgio Armani, and Free People. The inaugural New York event takes place this Saturday and Sunday in the Factory Floor event space at Industry City, and will be hosted by Mara Hoffman, Refinery29 Editor-in-Chief Christene Barberich, and actress and musician Tennessee Thomas. Tickets are $12 for general admission from noon-6pm on either day, but with a $20 early admission ticket you can get first dibs on all of the rare, collectible, and unique pieces for sale starting at 10am on Saturday. –K.H. 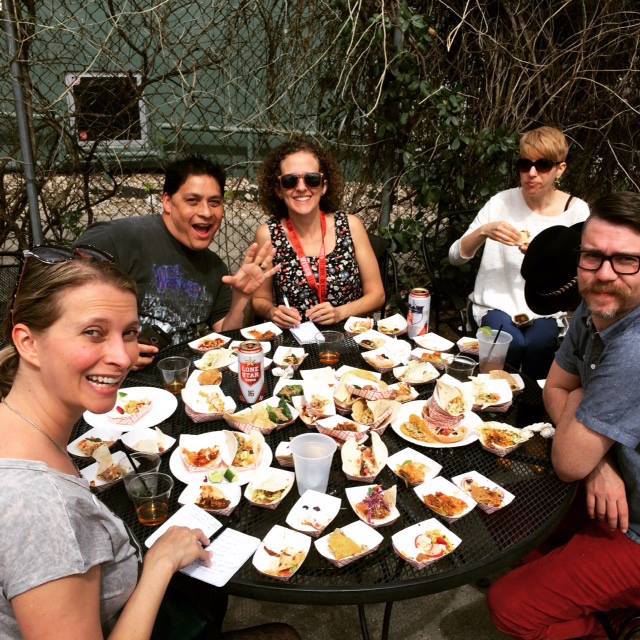 How many tacos can you handle? Find out on Sunday. Photo: The Takedown

With summertime officially underway, Diamond Bar is bringing out the big guns in the form of The Fury Taco truck, which will make a special pit stop at the Greenpoint bar this Sunday for an afternoon of delicious Mexican-inspired eats. Starting at 2pm, the pop-up will feature all the tacos and ceviche you can eat as well as a people’s choice guac-off battle for those who think their guacamole is the best Brooklyn has to offer. The event is free to attend, but if you’d like to enter your own homemade guac in the contest, be sure to email dave@thediamondbrooklyn.com ahead of time and may the best guacamole win! Never fear, South Brooklynites– you can still get your taco fix sans the dreaded G train ride at the Brooklyn Taco Takedown 2015, which is going down between noon and 2pm at The Royal Palms. For the price of a $25 ticket, you get to eat a ton of tacos made by ultra-competitive home cooks and help decide who will ultimately be crowned Best Taco. Of course, if you’re the type who prefers a front-row seat to gluttony over actually participating yourself, you can sit back and watch others go to town at the 11th Annual Pizza-Eating Contest at Bay Ridge’s Rocco’s Pizza at 1pm. –N.R. 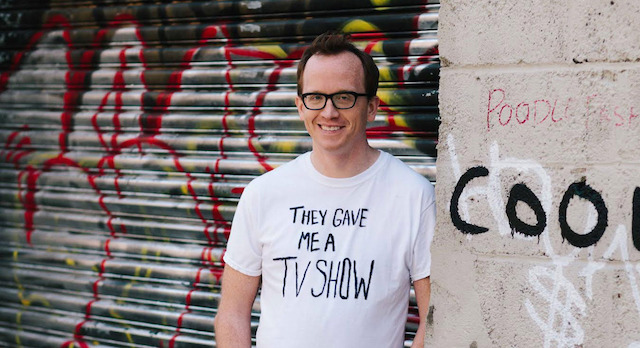 Brooklyn-based comedian Chris Gethard is probably best known for his work on other people’s shows, like his recurring role as Ilana’s boss at Deals Deals Deals on Broad City or his recent appearance in the “Twelve Angry Men Inside Amy Schumer” that was making the Internet rounds a few weeks back, but that’s all about to change. That’s because The Chris Gethard Show, which reached cult favorite status despite being broadcast exclusively on Manhattan cable access for years, is making its cable debut this Thursday, May 28, at 10pm on Fusion. The first guests slated for the talk show’s new iteration are none other than Abbi Jacobson and Ilana Glazer, and all signs indicate that it will be a big hit. You can also catch Gethard live and in person at Union Hall on Monday night, where he performing the first of two dates of Career Suicide: an Hour of Comedy about Suicide, Depression, Alcoholism, and All the Other Funniest Parts of Life. Tickets are just $8 and the show, which includes a music set by Mikey Erg, starts at 9pm. –K.H. 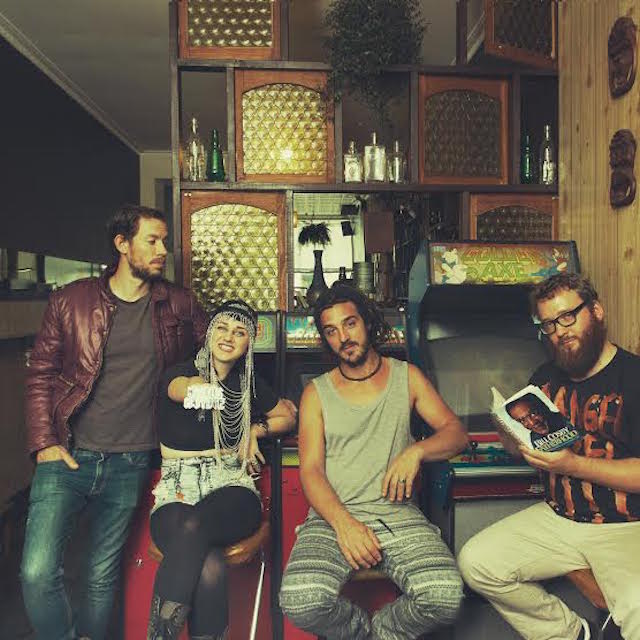 Hailing from Australia and self-described as a producer of “multi-dimensional, polyrhythmic gangster shit,” Melbourne-based neo-soul band Hiatus Kaiyote will grace Brooklyn with its Grammy-nominated presence this Tuesday in support of its new, critically-acclaimed album, Choose Your Weapon. Take it from this writer (who happens to be a huge HK fan), you won’t want to miss out on this show. Tickets to the Brooklyn Bowl performance, which starts at 8pm, are only $20 and can be purchased here or at the door. –N.R. 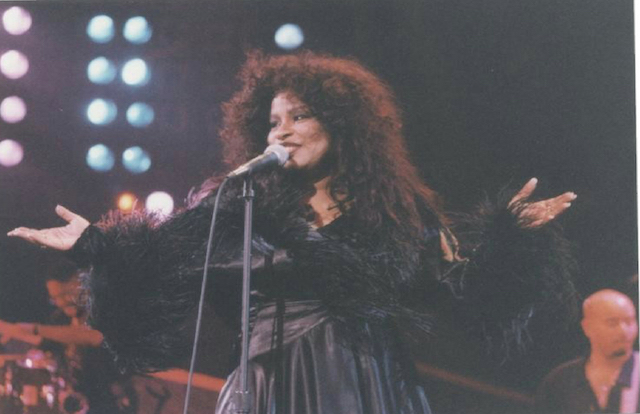 Another season of Celebrate Brooklyn kicks off on Wednesday night with a free Chaka Khan concert. Photo: Chaka Khan

Of all the awesome stuff that summer brings to our fair borough, I’m hard-pressed to come up with anything better than Celebrate Brooklyn!, the annual series of concerts (most of which are free!) in the Prospect Park Bandshell. Grab something to sit on and be sure to be there on Wednesday night when the 37th season opens with a big bang: a free performance by legendary Queen of Funk Chaka Khan starting at 8pm. Everyone loves Celebrate Brooklyn!, the opening show always draws a huge crowd, and you are definitely not the only one who wants to dance the night away to hits like “Tell Me Something Good,” “I Feel For You,” or “I’m Every Woman,” so you should either plan to get there really early to stake out seats or just post up outside the bandshell, where you can still hear everything just fine and you get the added benefit of being able to bring your own food (and a bottle of wine if you’re sneaky about it). –K.H.