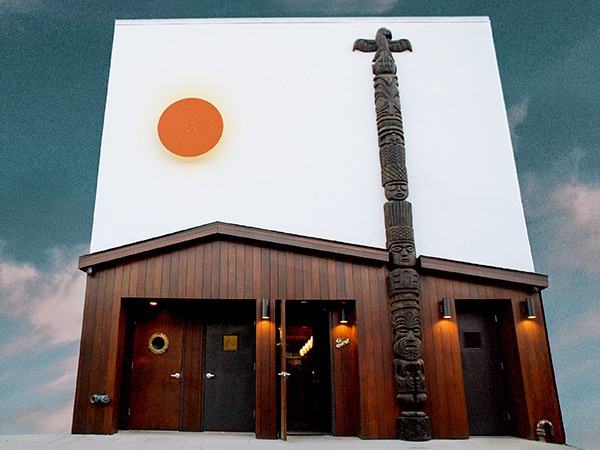 El Cortez has a tiki-infused entrance and a Mexi-inspired menu. Photo: El Cortez

There are probably more authentic Mexican holes-in-the-wall to be found in Bushwick than in any other North Brooklyn neighborhood. The much-anticipated new El Cortez is, um…not one of them. A carefully crafted new nightspot from Chris Young and Stephen Tanner of The Commodore in Williamsburg, the vibe at El Cortez is less “I was inspired by an immersive foodie exploration to a remote town in the mountains of Puebla” and more “inspired by that rager my parents’ weird swinger neighbors threw after they redecorated their basement and invited everyone over for tiki drinks and taco salad.”

Set on an industrial stretch of Ingraham Street, El Cortez is the latest in New York’s apparent new love affair with Tex-Mex-ish cuisine, as well as a place that seriously commits to a retro ’70s aesthetic. A colorful lost-in-paradise pyramid mural covers one wall and a textured rock pattern lines another. There are waitresses in cut-off jeans and bartenders in Hawaiian shirts while vintage TV shows play from a tiny box and patrons perched on swivel chairs sip tropical drinks.

A numbered placemat shows an image of each fruity cocktail on the menu (kinda Chinese restaurant circa 1973, but also actually kinda helpful to see what each drink looks like before ordering). One of the best things about The Commodore is their excellent boozy boat drinks, and that strength is evident here as well. From a frozen mojito in a pear-shaped hurricane glass to the coconut-rum-and-pinneapple Commodore, to the more low-key (relatively speaking) El Cortez (tequila, grapefruit, lime juice, ancho chile liqueur, sugar and mint), they’re all quite tasty, and reasonable at $10 a piece. 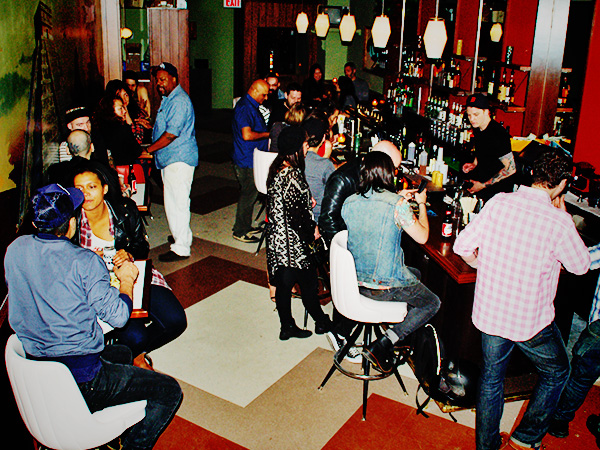 Beyond the taco salad, there are giant towers of nachos and gooey bowls of chips and queso–more spicy, less orange-y, and closer to a real food product than the jarred Tostitos version you’re surely familiar with, but no less delicious. Tanner was one of the original partners in Pies ‘n’ Thighs before opening The Commodore, so it’s no surprise that fried bird plays a big role in the menu here–in crispy chicken sliders pinned up on a skewer, and on a giant, juicy slice of breast meat filling the torta sandwich–tasty, although the slab of chicken is so huge that it’s barely possible to get a good bite in. There’s also a basic cheeseburger, and a chimichanga which is, well, a golden, deep-fried mound of ground beef, which, if you ordered a chimichanga, the most American of all “Mexican” dishes, you’re probably pretty damn happy about. 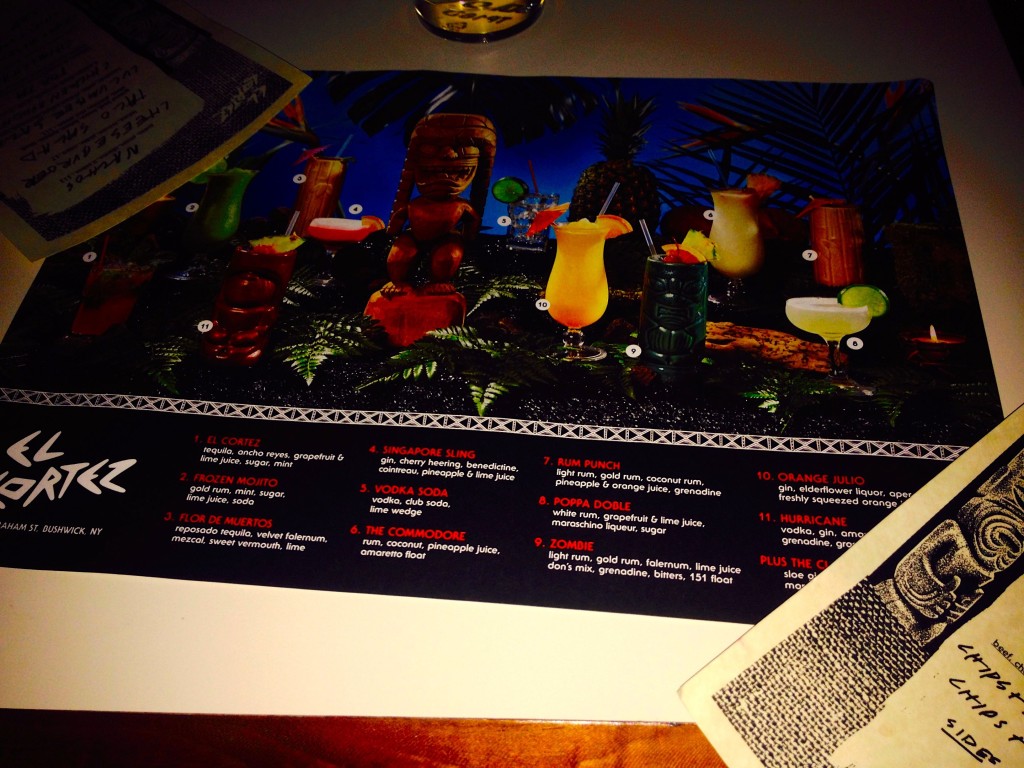 There are regular DJ nights getting the party started here, and El Cortez also has a more enticing second level, complete with roomy booths and a fantastic outdoor deck, although sadly there’s no food served up here, as of now anyway.

El Cortez is not angling for a write-up from the New York Times restaurant critic or a following from foodies far and wide. This is a place you’re meant to come to late at night when you’re a few too many drinks in and looking for some serious bar food to soak it up, along with a sugar-y cocktail you’re probably going to regret in the morning, and a bowl of queso you’ll definitely regret. As of right now, the kitchen closes at midnight, which hopefully will change because this place seems tailor-made for 2am nachos. For now, if it’s midnight in Bushwick, you know exactly where to go to make the best bad decisions.