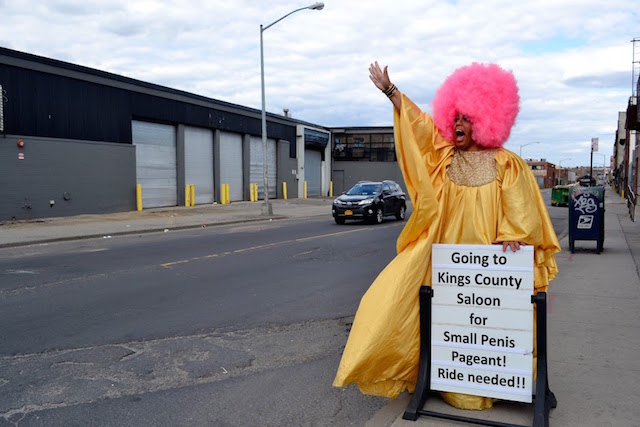 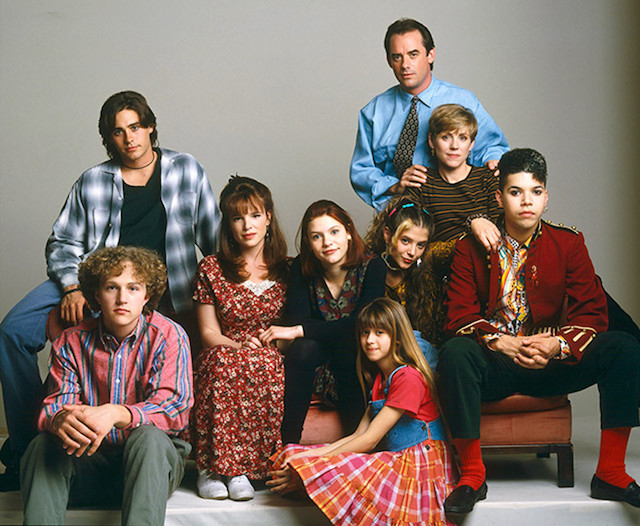 Did the abrupt cancelation of teen-angsty cult classic My So Called-Life 20 years ago deeply affect you? Will you always refer to Jared Leto as “Jordan Catalano,” no matter how many Oscars he wins? If so, you’ll probably find kindred spirits at the My So-Called Life anniversary party, My So-Called Party, from 8pm on tonight at Passenger Bar. Episodes of the show will be projected and a themed DJ set from YOURS//MINE will serve as the soundtrack. Sounds like a great way to finally give one of the greatest shows about what it’s really like to be a teenager its due. . . now someone get started on planning the Freaks and Geeks party and we’ll be all set.

For another take on coming of age, make a plan to see the Debutaunt Ball, an immersive, multimedia satire about the endlessly fascinating topic of Southern debutantes that will be at Red Hook’s Atelier Roquette this weekend through June 28. It’s back for another run after selling out its trial last year, so we suggest you get on buying a $35 ticket asap.

With so many Brooklyn Pride festivities planned this week, and the Northside Festival well under way, you may need a pick-me-up after all the fun this weekend. Beat the Sunday blues starting at 3pm at South’s Fifth Annual Mac & Cheese Off, a no-cover charge event where local home cooks present their best takes on the classic comfort food and the rest of us get to dig right in and taste them all.

BeerProv, a live monthly improv event featuring a rotating cast of hand-picked comedians, is at Littlefield on Tuesday at 8pm, and it sounds like it’s well worth the $10 entry fee. A Canadian import that is quickly gaining popularity stateside, the show is billed as Whose Line Is It Anyway? meets The Hunger Games: an elimination-style competition designed to ferret out the comedian who can come up with the funniest riffs on audience-provided suggestions. Be honest, it’s been a while since you’ve done anything this good on a Tuesday.

But that’s not all, folks. Check out the other great stuff we lined up for Your Ideal Week below: 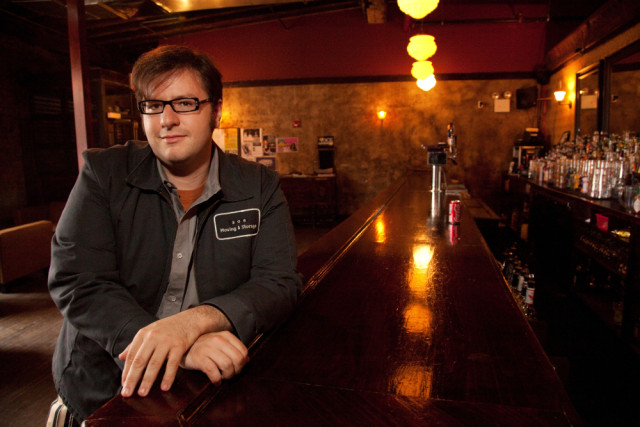 We are pretty spoiled here in Brooklyn–not only do we have incredibly talented comedians who live among us and perform locally all the time, but we also have a variety of unique, intimate venues (think The Bell House, Littlefield, Cameo, Union Hall, etc.) that elevate the comedy-watching experience. Thursday night, you can take this concept to the limit by heading to Red Hook for Oh Fudge!, a comedy show featuring some of the best acts out there that is happening INSIDE AN ACTUAL CHOCOLATE FACTORY. That’s right, Rakka Chocolates, purveyor of virgin chocolate bars with ingredients like roobios, saffron, and chai, is hosting a bevy of blue-chip comics starting at 8pm. For just 7 bucks, you can see Dave Hill (fresh off his album release), Jo Firestone (of Broad City, Punderdome 3000, and about a million other shows she hosts around town), Guy Branum (the Chelsea Lately panelist who penned this op-ed about Trevor Noah), Dave Feldman (a writer for The Daily Show and Real Time with Bill Maher), Liam McEneaney (Tell Your Friends! The Concert Film!), and emcee Joyelle Johnson. I’m told there will be chocolate available, specifically “delicious as hell” chocolate-covered popcorn.” –K.H. 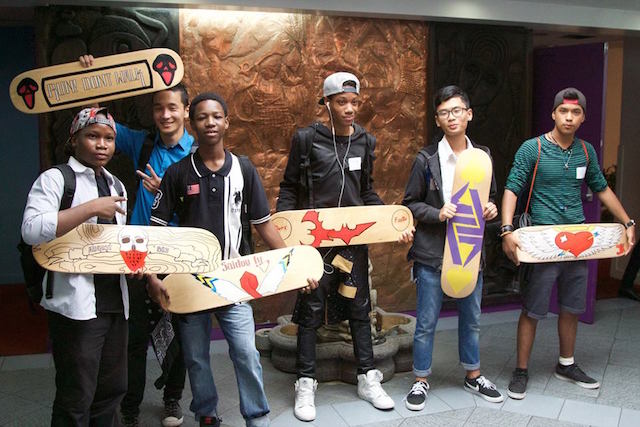 You know what’s even better than a sample sale where outdoor and sports gear from Patagonia, Vans, Nike, Oakley, Timberland, Stussy can be snapped up at up to 70% off retail? When the proceeds from said sale benefit an excellent cause. Starting Friday, Stoked Mentoring, a nonprofit dedicated to inspiring disadvantaged kids through exposure to action sports like surfing, snowboarding, and skateboarding, is hosting its weekend-long First Annual Sample Sale in DUMBO. Admission is free with RSVP and includes complimentary cold drinks, but you’ll want to bring cash so you can take advantage of all the good deals. The sale runs Friday-Sunday, from noon-6pm, at 68 Jay Street, Ste. 425. –K.H.

Join host Chicken Bitches for the return of the Smallest Penis in Brooklyn Pageant this Saturday at 2pm. Photo: Ann Spaulding Hawthorn

It’s time again for one of the biggest events of the year in terms of Internet coverage, featuring the littlest packages around: The annual Smallest Penis in Brooklyn Pageant at King’s County Saloon. The contestants might have diminutive Ds, but they must have sizeable balls to agree to have their miniscule members judged in evening wear, swimsuit, and talent competitions, and to participate in the Q&A portion of the event in front of a live audience. This year, the pageant is bigger than ever–contestants hail from all over the country and were permitted to submit video entries, and King’s County has moved to a much bigger space. That said, advance tickets have already sold out, and if you are hoping to receive one of a limited number of $10 same-day tickets, we suggest that you queue up well before the 2pm start time.–K.H. 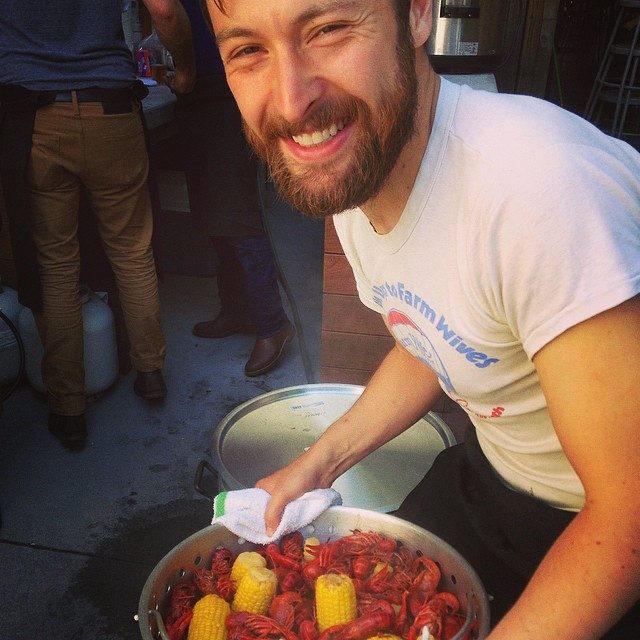 Get a taste of the Bayou at Sycamore’s annual Crawfish Boil on Sunday afternoon. Photo: Sycamore Bar

Maybe it’s been a while since your last trip to Ditmas Park, but here’s a good reason to revisit the gorgeous Central Brooklyn neighborhood full of huge houses and front porches this weekend: Sunday marks Sycamore Bar’s Sixth Annual Crawfish Boil, a three-part seafood extravaganza featuring the popular crustacean, shipped fresh directly from the Bayou. There will be three seatings throughout the day—at 1pm, 3pm, and 5pm—and $30 will get you a big box of crawfish topped with andouille sausage, sweet corn and red potatoes, a pint of beer (Abita, in keeping with the Louisiana theme), and your choice of one side, like corn bread pudding, red beans and rice, slaw, a watermelon margarita wedge, or a grasshopper brownie (no bugs, just mint chocolate). The party will go down rain or shine, so buy tickets here and come hungry! —N.R. 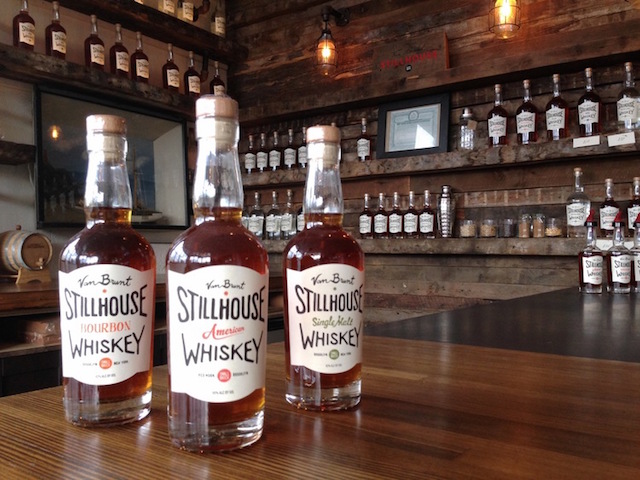 While it may seem like New York City is all about craft beer these days, there’s no reason to cast aside home-grown cocktails, not to mention the booze they are made with. Give the hard stuff the attention it deserves by attending the Fourth Annual Spirits of New York, the only event dedicated to liquor made exclusively right here in New York, at the McCarren Hotel Rooftop Lounge. Ten artisanal distillers—including Van Brunt Stillhouse, Breukelen Distilling, and Cacao Preito—will be on hand to share their carefully concocted vodka, gin, bourbon and rye, all of it crafted using local ingredients. There will also be plenty of food available to order from the McCarren Hotel kitchen to ensure that attendees don’t overdo it. Tickets are $30 for members of Slow Food NYC, $40 for regular folks, and can be purchased here. –N.R. 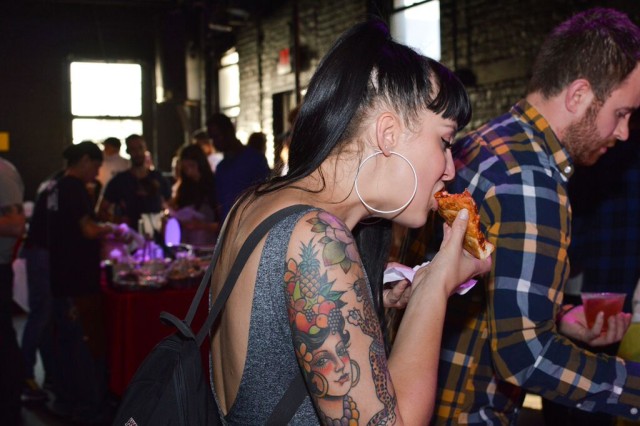 Go to town on samples of the best food in Bushwick at the second year of Taste of Bushwick on Tuesday. Photo: Francisco Bravo

You might still be recovering from last weekend’s Bushwick Open Studios, but it turns out that there is still more to celebrate in that part of town. This Tuesday, Bushwick Starr’s Taste of Bushwick returns for its sophomore year, with even more vendors in an even bigger space. Starting at 6pm, locals and visitors alike are invited to the outsized Boar’s Head distribution plant for a two-and-a-half hour tasting of food from neighborhood favorites like Cafe Ghia, Fitzcarraldo, Northeast Kingdom, Bunna Cafe, and Mominette Bistro. There will also be drinks courtesy of Bruce Cost Ginger Ale, Express Yourself Barista Bar, and beer shop The Sampler. Following the food fest, attendees can head around the corner for an after-party at Pine Box Rock Shop featuring comedian/composer Daniel Koren and music from Imaginary Tricks. Tickets are $40 (or $80 if you want to go home with a special TOB swag bag) and can be purchased here. Proceeds will directly benefit Bushwick Starr in its ongoing efforts to bring the arts to Bushwick. –N.R. 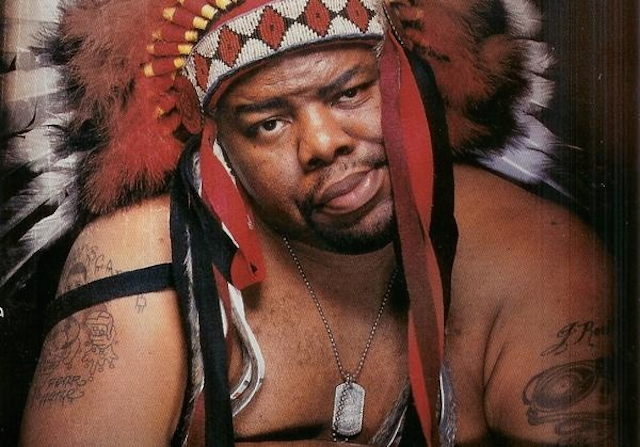 Brooklyn music lovers have a bunch of events to choose from next Wednesday night, and best of all each one requires exactly zero cash outlay. In a very exciting development, the Clown Prince of Hip Hop himself, Biz Markie, will be performing live in Bed-Stuy’s Herbert Von King Park with preeminent emcee Masta Ace at 7pm as part of Summerstage, and we can only assume that it will involve a record-breaking “Just A Friend” singalong. If your taste runs more towards the classical, you won’t want to miss the annual Metropolitan Opera free summer recital in Brooklyn Bridge Park. There’s something undeniably cool about being able to hear some of the world’s most talented opera singers perform a selection of arias and duets while sitting in the grass in front of a panoramic view of the downtown Manhattan skyline, so it’s understandable that this has become a super popular tradition. Finally, for something new and different, Park Slope’s All Saints Episcopal Church has invited singers from choruses all over the borough to participate in a Brooklyn Choral sing-in from 7-9pm. Admission is free and there will be a reception following the music. — K.H.