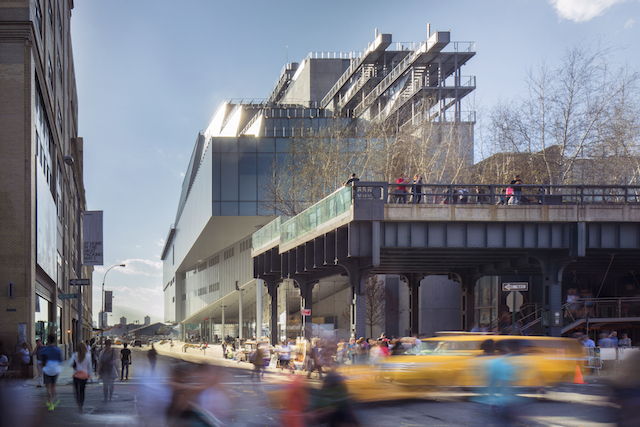 My fear of viewing art in between heads and limbs, and being shoulder to shoulder with scores of tourists has made me put off visiting the Whitney Museum of American Art’s new location. But last Saturday morning, my family and I decided to suck it up. When we arrived at the mammoth new building, a long line had already formed in front. Rumors swirled that Secret Service had closed the building to prepare for Malia Obama’s visit. Before I had a chance to start complaining and seething, the line moved and we were already inside Renzo Piano’s stunning, airy, air-conditioned building that is built for crowds. 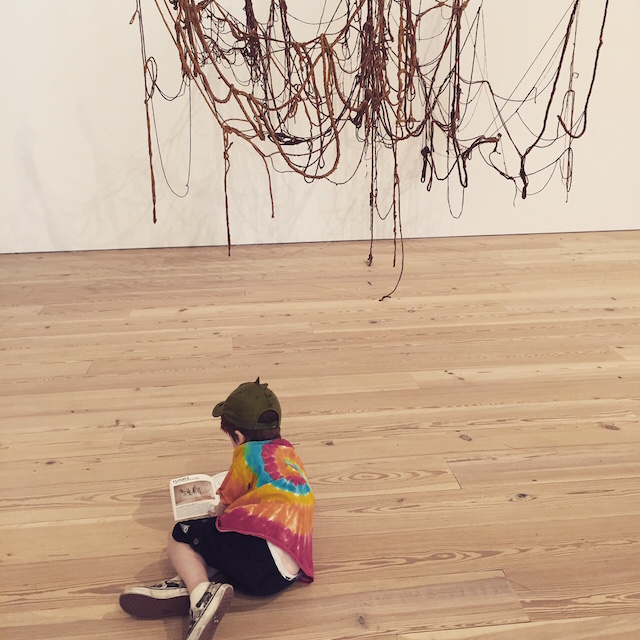 America Is Hard To See is the Whitney’s inaugural show in this space. Taken entirely from the museum’s permanent collection, there are more than 600 works of art on display, ranging from the familiar to the more obscure. Instead of a simple timeline, the art is grouped by themes that float through the eight floors, including outdoor terrace galleries. The Whitney has always been a great place to see art with kids, and the new space is no exception. Along with our tickets, my five-year-old son received an activity guide that turned the exhibit into a scavenger hunt, where he diligently searched for paintings, and enjoyed the viewing suggestions. For instance, after looking at Joseph Stella’s The Brooklyn Bridge: Variation On An Old Theme, we went out to the eighth-floor terrace, where my son sketched his own panoramic view. Composing a song for Georgia O’Keeffe’s Music, Pink and Blue No. 2 prompted a woman next to us to remark that the artist would be proud of his original accompaniment.

My son was familiar with many of the artists on display. He was excited to point out Jackson Pollock, Basquiat, and Andy Warhol, while others seemed gleefully strange. “Look! People with no faces! I’ve never seen that before,” he shouted at Allan D’Arcangelo’s Madonna and Child. When we arrived in the Abstract Expressionism area, the simplicity of Jo Baer’s white canvas prompted my son to yell, “I think that painting is called ‘nothing’.” The spectacular stand-out for any kindergartener is Alexander Calder’s circus, which consists of over 70 circus themed wire sculptures of people and animals. My son was entranced with the video of the artist performing the circus, (which is similar to what my son does at home with his own figurines and stuffed animals). When we tried to pull him away to the next floor, he tried to negotiate, “OK, just give me 45 more minutes?” 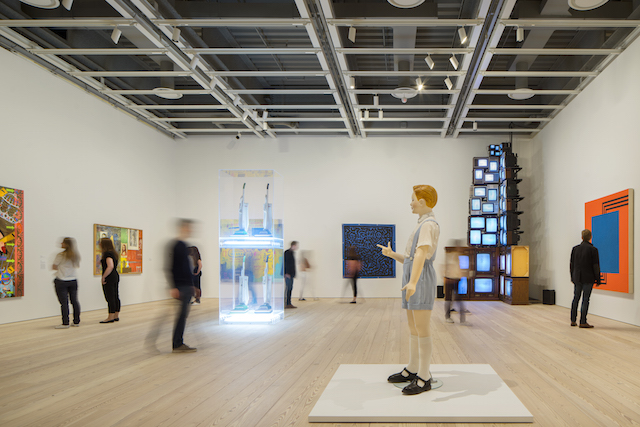 Unlike many other museums, this one has lots of public spaces for lounging. From cafes to outdoor patios to couch areas, there are more ways to slow down and enjoy the experience. Once we made our way down to the third floor, we found the Education Center with ongoing family programming all day. My son was afraid this would be too boring, but immediately changed his mind once we got inside. The educators running the programming are passionate about art and children. A baby was commended on her bohemian spirit when she sauntered in the studio space barefoot. My son was seated at a table with large paper and ample gel crayons to make abstract pictures inspired by Lee Krasner. We were invited on a family tour, (which are ongoing all day), but we were starving and made a mental note to start there next time.

Instead of torturing ourselves with long waits at a Meatpacking hotspot for lunch, we satiated our stomachs two blocks away at Tortilla Flats (which on a Saturday afternoon was only sprinkled with patrons). We filled up on tacos and frozen beverages (with and without tequila), digesting our day on the shaded sidewalk seating.