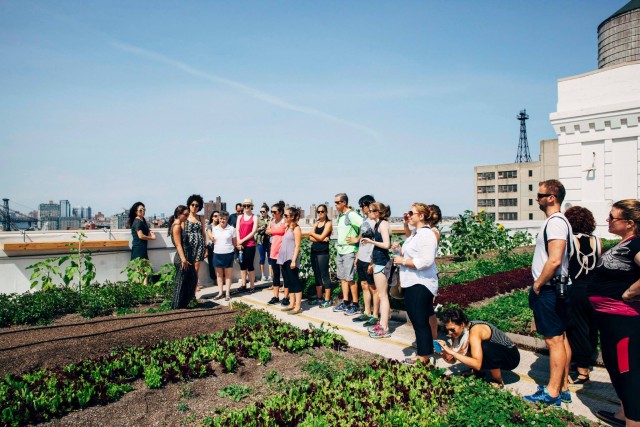 Ah, summer in Brooklyn. A marvelous unfolding of rooftop drinking, movies under the stars, music in the roarks, and out-of-town guests–like your parents.

Alarmingly, many parents still harbor the belief that a visit to New York City means a crowded, over-long day at the Met followed by mediocre Midtown dining and an astronomically expensive Broadway show. Need help figuring out how best to show off your borough to the folks who helped you get here? We’ve got you covered. Here are more than 50 ways to show them Brooklyn—your Brooklyn—plus a little smidge of Queens. 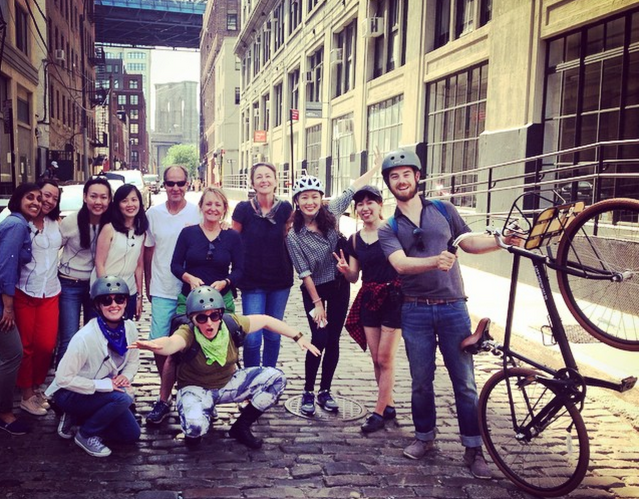 For Your Folks Who Are Still in Great Shape

1. Bike the waterfront—or anywhere else. Get Up and Ride offers group tours on comfortable bikes (which they also rent), or can organize a private tour. Citibikes are also a fantastic option, with 24-hour passes costing only $9.95.

2. Shoot some arrows at Gotham Archery. Intro classes are $30, and are offered most days except for Mondays & Tuesdays.

3. Knock down some pins at one of Bk’s many bowling alleys, from the scruffy Gutter to the swanky Brooklyn Bowl to the old-school Melody Lanes.

4. See some art while smashing some balls at PIPS Table Tennis and Art Space.

5. Learn what to do with biscuits and tangs at the Royal Palms Shuffleboard Club, with courts rented for $40/hr.

6. Climb the walls at Brooklyn Boulders—no experience or reservations necessary.

7. Get your surf on at the Rockaway Beach Surf School, with lessons every day of the week.

10. For a serious taste of today’s Brooklyn befitting the most adventurous parents, take a circus class—intro classes are offered at the Muse, Brooklyn Air Space, and LAVA Brooklyn. 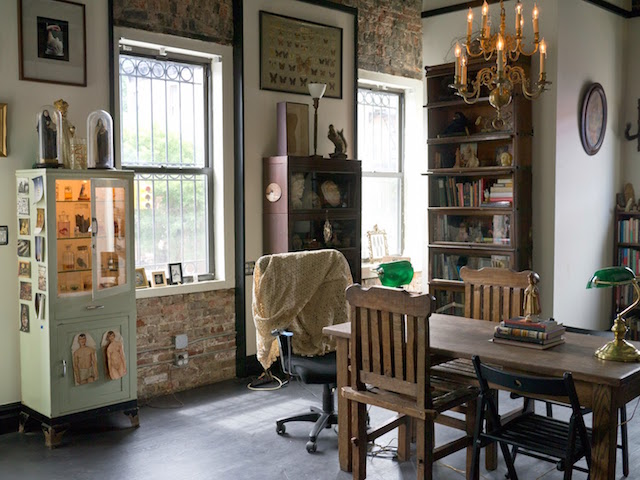 For Parents Who Love Museums

11. Head to the divinely quirky City Reliquary for your fill of hyperlocal history—offerings include an irradiated dime from the 1964 World’s Fair, a fire bucket from the Grand Paradise Ballroom, and a set of dentures found in Dead Horse Bay.

12. Or take a darker turn at the Morbid Anatomy Museum, where the permanent collection includes a taxidermied two-headed duckling, antique medical devices, and phrenological death masks.

13. Go back in time at the Coney Island Museum, which boasts old-school funhouse mirrors, postcards, bumper cars, and a lot more. If your folks are the kind who can handle sword-swallowers and nails in noses, visit the Sideshow too! (Check out our guide to Coney’s newest attractions for more ideas.)

14. When it returns in October, get a dose of maritime history at the Waterfront Museum, a gorgeously restored 100-year-old floating barge. [We originally suggested visiting the barge in summer; we apologize if we sent anyone there seeking it in vain.]

15. Go underground to the NY Transit Museum, the largest in the country devoted to urban public transportation history.

16. And don’t forget about the Brooklyn Museum, one of the oldest and largest art museums in the country.