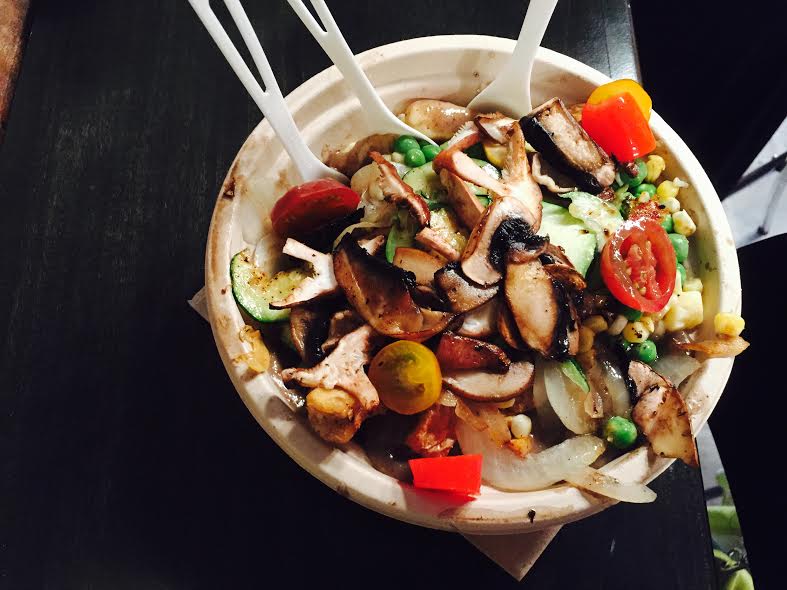 Poutine, the glorious French-Canadian comfort-food concoction of french fries, gravy and cheese curds, has been having an extended moment in New York these past few years, turning up everywhere from laid-back bar food menus like Sheep Station‘s to acclaimed restaurants such as Mile End. You’ve got to have full confidence in New Yorkers’ potential poutine consumption though, to open an eatery focused on this gut-busting meal–designed specifically to warm up those famously frigid Montreal winters–and debut it here in the middle of summer. That’s exactly what The Perfect Potato did though, opening in Park Slope late last month, just in time to turn your beach body into a potato-leaden potbelly. Hooray!

This small counter space on Fifth Avenue lives up to its name by starting with some pretty perfect Belgian fries–cooked to a crispy golden-brown, but soft and doughy enough inside to soak up all that gooey gravy. This is Brooklyn though, so obviously there were going to be some inventive updates to the classic dish. In addition to a traditional poutine, the Perfect Potato serves up one layered with roast pork, and another veggie poutine topped with mounds of zucchini, mushrooms, onion, cherry tomatoes, peppers, corn and peas. The crisp texture of the fresh vegetables is a surprisingly successful counterbalance to the heaviness of the basic poutine; this one works quite well. All the way on the other end of the pretending-poutine-is-healthy spectrum is the “hangover poutine” –a morning-after glory topped with maple-glazed bacon, a runny fried egg, more veggies and blueberries(!). The thick, sugary slabs of bacon are delicious morsels, and the blueberries, a ballsy choice, add some zest to this version. This is definitely a once-a-year treat, but if you’ve been looking for a delicious meal that provides 100% of your USRDA cholesterol content in one bowl, you’ve come to the right place. 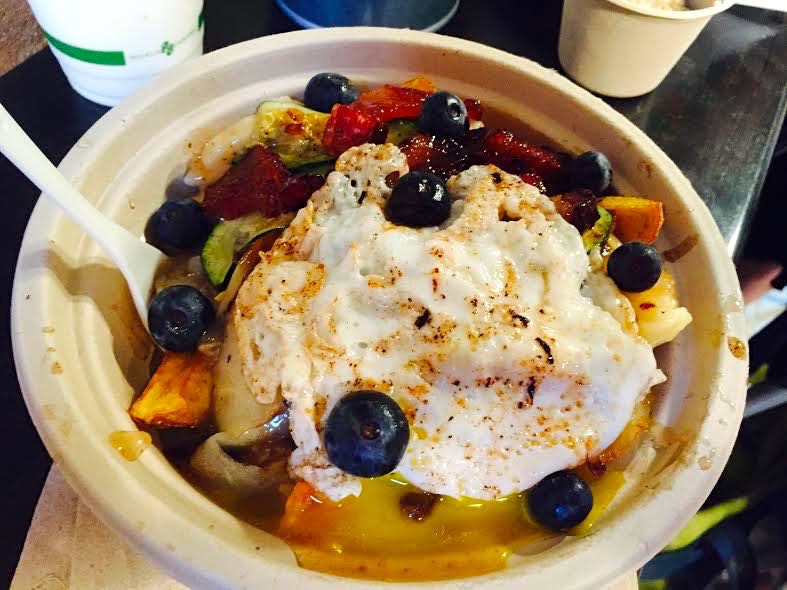 The Perfect Potato is made somewhat in the mold of the East Village’s Pommes Frites, that late-night legend that tragically was destroyed in this spring’s building explosion. (Aside–help Pommes Frites rebuild via Indiegogo.) Like PF, this spot also offers the fries served poutine-less, in a cone and with a variety of very innovative dipping sauces, from coconut curry smoked with Darjeeling tea, to cashew lime with Thai chili, and Moroccan tagine with apricot. There are also milkshakes in more fun flavors ranging from PB&J to a lovely mango lassi and very subtle preserved lemon. The milkshakes are solid, although perplexingly way-overpriced, at $8 for a small and $12 for a large (everything else is more reasonable, with fries at $5 for a not-so-small; $9 for a giant, group-pleasing large).

If you haven’t gotten the point by now, the Perfect Potato is basically exactly where you want to end up after you’ve had one too many beers and are looking for some serious post-bar food to soak it all up (or, as they suggest on the menu, to soothe your stomach out the next morning). It’s just a bit surprising that they opened this place in the heart of Park Slope, rather than say, Bedford Avenue, Bushwick, or even a little bit further up Fifth Avenue toward Barclays Center. I’m not sure how many customers among the stroller set they’re going to lure away from their kale smoothies to down giant mounds of bacon-covered cheese fries, but here’s hoping this place succeeds, because I’m sure there will be a few end-of-the-night hours this year when the Perfect Potato is the only thing I want.