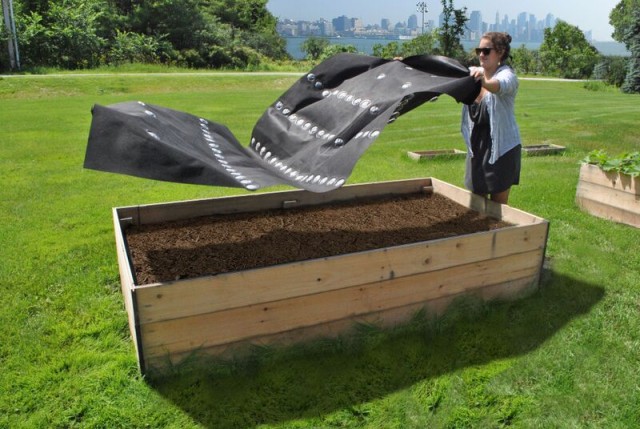 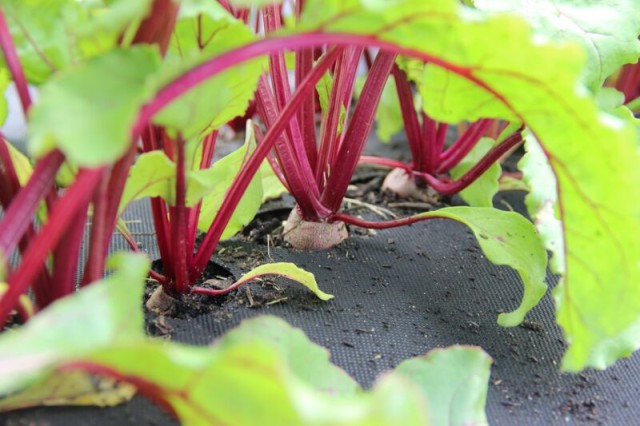 Perfectly spaced beets, something I couldn’t accomplish on my own, growing from a Seedsheet. Photo: Cloudfarm

In the course of growing, for the first time ever, radishes, beans and lettuce this summer, I’ve discovered that one of the most impressive things you can tell a non-gardener is that you grew your vegetables from seed. For novices, the idea of planting a few dots in the dirt that ultimately turn into real-life salad fixings seems like a miracle. And in truth, it is, because there are plenty of things that do not grow well from seed if you’re like me and can’t follow instructions like how far apart to space your vegetables. (I’m looking at you, poor beets.) To solve that problem would either take a lot more work, or a really easy fix called Seedsheet.

Developed by Cam MacKugler, an architecture grad from the University of Vermont, each Seedsheet is like a magic carpet filled with water-soluble pods of organic seeds and soil. A zip code calculator on the site suggests the best sheets to “roll out” right now, directly on top of a garden bed or a window box. You then fasten it with stakes, add water, and wait for your herbs, flowers, or veggies to grow. Each plant variety has already been perfectly spaced out to guarantee optimal production; the simple instructions tell you when and how much to thin them out, and the sheet itself allows you to skip that weeding thing altogether. It’s like gardening without the guesswork, or the work, period.

MacKugler happened upon the idea for Seedsheet three years ago while he was housesitting on an 80-acre dairy farm in Vermont, with full access to vegetables from the garden. He knew that at no point in the near future would he have the kind of time, space or know-how to recreate that bounty, and while out harvesting one day he thought to himself, “What could I do to get a garden to this point, without much involvement?”

With input from experts like plant geneticist Claire Luby, whose father invented the Honeycrisp apple, and farmers from Massachusetts to Hawaii who tested his selection of organic, High Mowing seeds—the first seed company to be non-GMO verified—he created his first Seedsheets this year, “pre-loaded” with salad greens and herbs (both of which can be moved indoors come fall) or vegetables like corn, cucumbers and tomatoes that can fit atop a raised bed in your garden or on your rooftop, as his girlfriend does in Williamsburg. 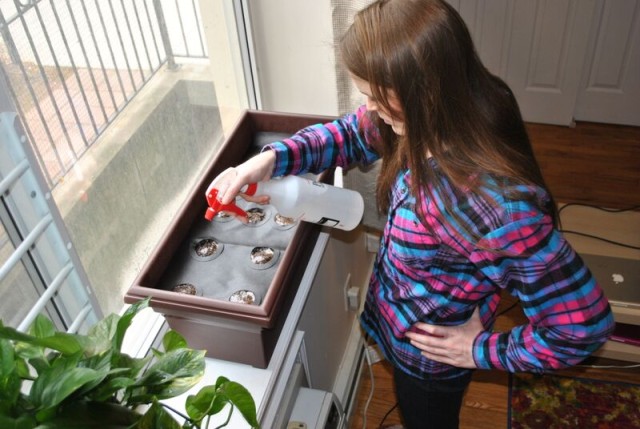 The 1’ x 3’ herb sheet ($35) I got fits in a large windowbox—a bit bigger than your typical fire escape set up, though you can cut the sheet up into smaller pieces and plant in the pots you have, so long as you keep the original spacing intact. Granted, the sheet doesn’t look as “natural” as simply planting seeds directly in the dirt, but you can cover it with soil once your plants begin to mature, to give it that “did this all by myself” look. And since the sheets last for upwards of five years, you can reuse them with the replacement pods Seedsheet plans to introduce next spring.

The most labor-intensive part is the first watering, when you have to very slowly moisten the pods (I ignored the misting suggestion—you should heed it, along with their other pro tips). The selection includes basil and cilantro, which will be ready to pick in a month, as well as dill and parsley, which will be ready in October. The only hitch? It’s curly parsley, and I belong to the flat-leaf loving tribe.

“It has a better germination percentage,” MacKugler said about his choice, though he intends to offer Italian parsley at some point. “We just really made sure we sourced the right seeds that would grow. Once we start to get more success, then we will start widening the inventory of seeds.”

“We’re not trying to replace Whole Foods,” he explained. “We’re trying to be an alternative”—one that is perfect for people who think growing organic food should only be attempted by expert gardeners.