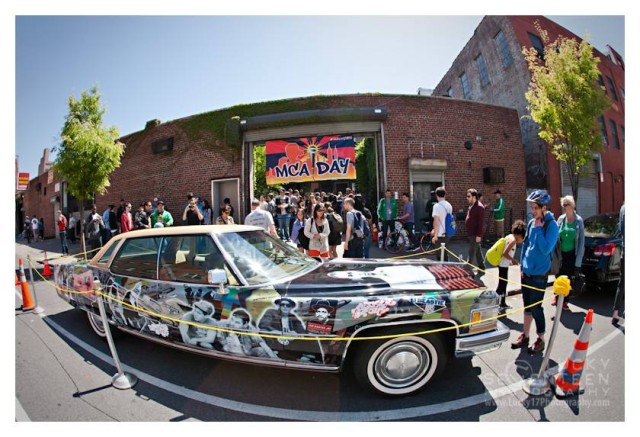 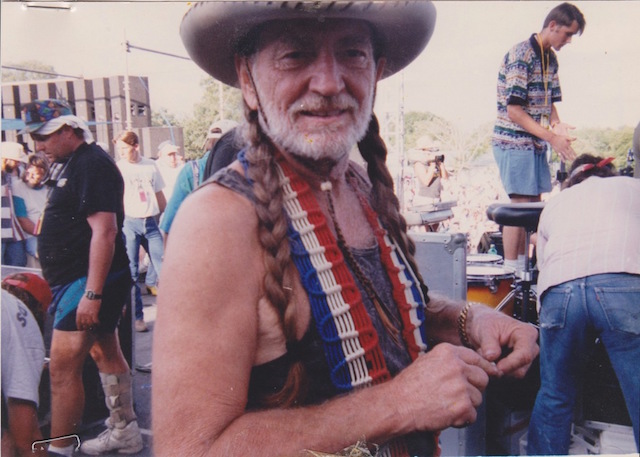 Maybe it’s just the blistering heat or the fact that it feels like everyone is on vacation, but it seems things have slowed down a little over the past week, doesn’t it? As everyone who lives in NYC knows, the opportunity to just relax doesn’t present itself too often around these parts, so we’re taking full advantage this week. First stop: One of the handful of colorful, handcrafted Adirondack chairs that have been placed strategically throughout Prospect Park as part of its new Park It project. The sites were carefully chosen to maximize enjoyment of the park’s natural beauty, and if you take a pic of yourself sitting in one and post it with the hashtag #prospectparkit, you could win one of the chairs to bring home.

Speaking of the Park, Celebrate Brooklyn!’s banner 2015 season comes to a close next week with the much-anticipated benefit show featuring the inimitable Willie Nelson, with opening act Old Crow Medicine Show. Tickets sold out a while back, but everyone knows that sometimes it’s even more fun (and less of a hassle) to pack a picnic and set up camp just outside the bandshell, where you’ll be able to hear Always on My Mind just fine.

If you just want to enjoy a totally delicious meal with minimal effort, check out a new collaboration between The Woods, Landhaus, and Brooklyn Brewery that involves a cookout featuring a different type of meat every Sunday in the month of August. This week’s focus is on goat, and you can hang out in The Woods’ backyard and enjoy spit-roasted Hudson Valley goat, goat chorizo, and appropriate fixins and drinks from 4-7pm.

Another mellow way to spend an evening is to head to one of Videology’s themed Sunday Trivia Nights, which start at 7pm, focus entirely on one movie or TV show, and are free. This week, the teams are taking on Ghostbusters , and Twin Peaks, Titanic, and 30 Rock round out the rest of the month. Alternatively, on Wednesday, get back into Settlers of Catan and all your other old favorites at Victory Pints’ weekly board games and beer gathering at Berg’n from 6-11pm.

For a more charitable night out, there’s a cool benefit to help the victim of a really uncool crime in Greenpoint this weekend. An artist was attacked on the way home from his studio and to help pay for the extensive surgery to reconstruct his jaw, his studiomates are hosting an auction. They donate work, you buy a raffle ticket and if you win you get to pick one.

Hopefully, you are feeling totally chill about the week ahead, but one thing we do want to put on your radar is that the Eugene Mirman Comedy Festival is coming back to Brooklyn starting on September 18, and you don’t want to sleep on getting tickets to the individual events that catch your eye. A couple have already sold out, so order now and then don’t worry about it for another month and a half.

In the meantime, browse through the rest of our tips on how to have a fun and stress-free Ideal Week in Brooklyn: 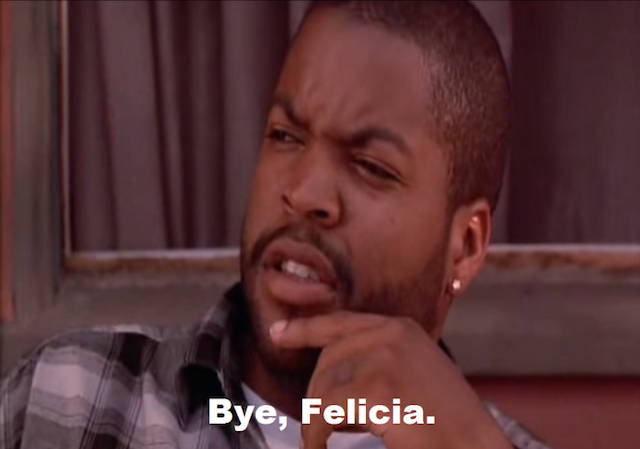 With Labor Day drawing ever closer, summer—and all the outdoor movie screenings that come with it—is coming to a close. If you haven’t ventured to one of the dozens of venues hosting such screenings almost every night of the week, you have some good options to choose from this Friday night. First up, Rooftop Films is showing Bikes & Cars for free at 8pm in Metrotech Commons.  The 2015 Swedish documentary takes a deep dive into subject matter that should be familiar to most Brooklynites: the tension created by the explosion of cycling culture in congested, urban communities. If you’d prefer a good laugh and some serious nostalgia, Brooklyn Bridge Park has you covered with its free screening of Friday, the classic and quotable Ice Cube and Chris Tucker vehicle celebrating its 20th anniversary this year. Before sundown, enjoy tunes from DJ Still Life, followed by a screening of Christopher André Marks’ short film Tiger Hood before the main event. Admission is free, and we probably don’t need to remind you to arrive well before 6pm if you want a good seat. Sneak some booze in, too, if you’ve got the urge, because, you know, tomorrow’s Friday, you ain’t got no job, and you ain’t got sh*t to do (or at least you can pretend you don’t)!–N.R. 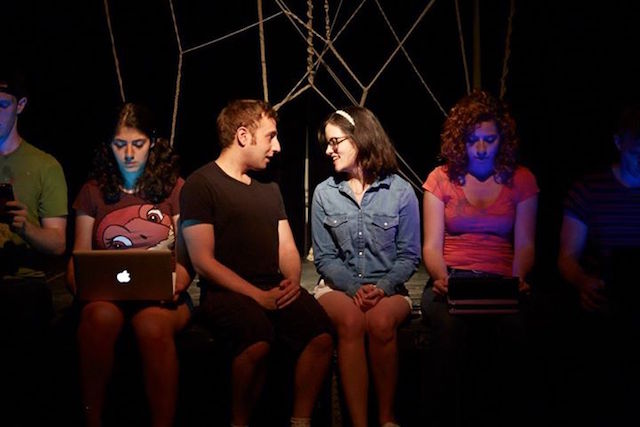 A new production of Chatroom, Enda Walsh’s play about teenagers interacting over the Internet, is at The Hive through Aug. 15. Photo: Chatroom NYC

If you’ve ever thanked your lucky stars that the Internet and social media weren’t what they are today back when you were growing up, then you might get a taste of what could been at The Hive’s new production of Chatroom, Enda Walsh’s critically-acclaimed 2005 play about six teenagers who meet and interact online. A cautionary tale and thriller about cyberbullying, teen depression, and other pitfalls of growing up in the digital age, the story is bound to leave an impression. The show’s two-week run ends on August 15, and Friday night’s performance starts at 7:30. Tickets are just $15.–K.H.

Check out the 4th annual MCA Day, which honors the life of Beastie Boy Adam Yauch, this Saturday at Littlefield. Photo: MCA Day

Believe it or not, it’s been three years since Adam Yauch (aka MCA), the Brooklyn-born founding member of Beastie Boys, passed away at age 47 after a battle with cancer. Just days after his death, fans descended upon Union Square for an impromptu memorial for Yauch, the beloved rap star who was also an accomplished director and producer, a devout Buddhist who helped organized the Tibetan Freedom Concert, and, by all accounts, an all-around good, generous person. The celebration of Yauch’s life, which was coined “MCA Day,” is now an annual event that draws more and more fans from all over the world every year. MCA Day 2015 is at Littlefield this Saturday from noon to 5pm, and promises live music performances, speakers, art displays, kid-friendly activities, and a chance to pay tribute to one of the greats. Past special guests have included DJ Hurricane, members of House of Pain, and fellow Beastie Adam “Ad-Rock” Horovitz, so you never know who will show up, and this year you can catch a screening of a new documentary called Gratitude that is all about MCA and his fans. Admission is free. If you want to make a whole old school hip hop day of it, head over to Bed-Stuy’s Tama Summerfest, an all-day street fair featuring Sadat X from Brand Nubian and Jarobi from A Tribe Called Quest.–K.H. 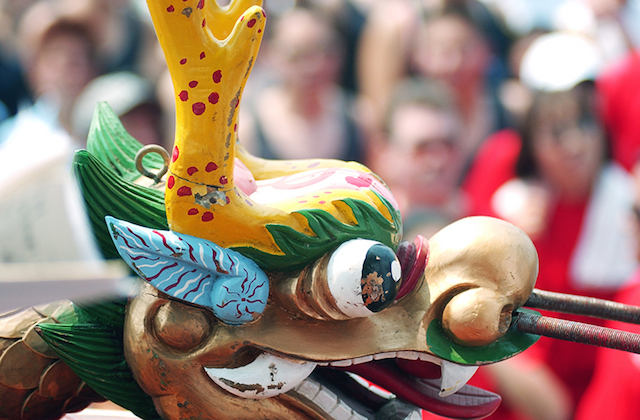 For something new and different this Sunday, head over to Queens for the 25th Anniversary of New York’s Hong Kong Dragon Boat Festival, a colorful tradition named for the nearly 200 teams that come to Corona Park from all over the world to race dragon boats in the lake on the fifth day of the fifth lunar month every year. Legend has it that the custom began in 278 B.C. in China, when the poet and patriot Qu Yuan drowned himself in the Ni Lo River to protest the King, and local fishermen raced out to try to save him by boat. Failing that, they threw rice dumplings into the water to prevent fish from eating his body and as a tribute to his heroism. The modern incarnation of the holiday is much less macabre than that story suggests, and involves traditional food (rice dumplings included); music, dance, and theater performances; Shaolin martial arts demonstrations; and the main event: Sunday’s U.S. Dragon Boat Open Championship race, which starts at 1:10pm. Admission is free. –K.H. 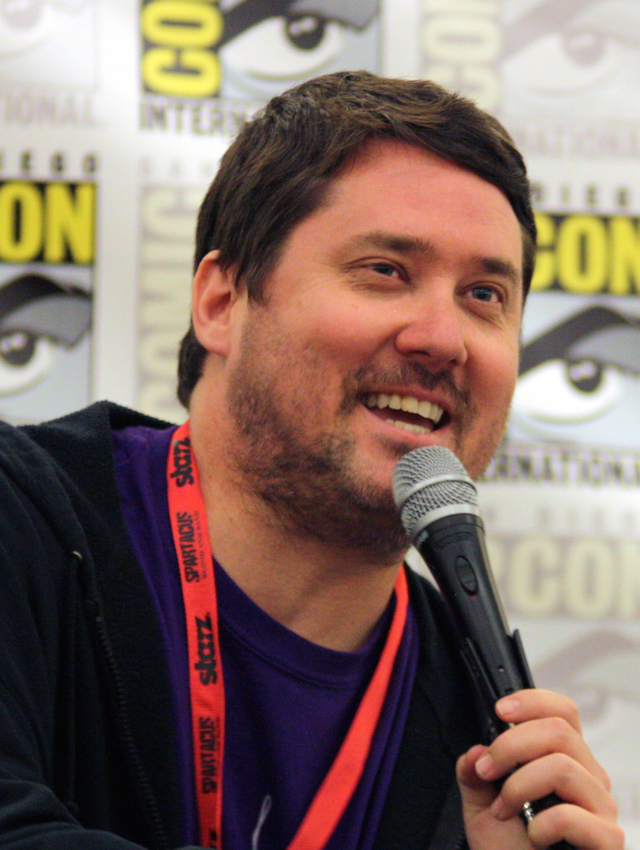 Doug Benson was one of the first comedians to really understand and embrace the podcast as a medium, and his long-running Doug Loves Movies show, which features epic film nerdery, famous guests from the comedy world, and endless references to pot-smoking, is a popular, consistently funny staple. Although the podcast tapes in front of a live audience that participates in the show, the LA-based Benson only brings his act to New York every once in a blue moon and the recordings always sell out. That’s why I’m really surprised to see that this Monday’s show at the Gramercy Theater still has $19 GA tickets available, and I’m chalking it up to our being smack in the middle of the dog days. Take advantage of the timing and pick one up today– if you start brushing up on your film trivia now, maybe, just maybe, you can crush it in the Leonard Maltin Game. The show starts at 8pm.–K.H. 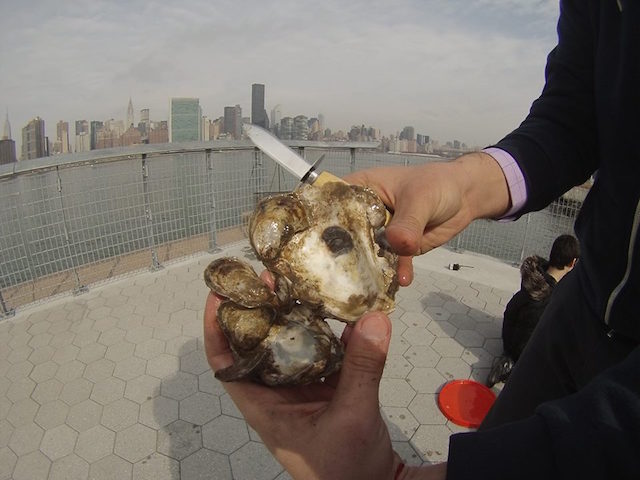 Learn everything you ever wanted to know about oysters, and the efforts to bring them back to NYC waterways, at Brooklyn Grange on Tuesday. Photo: Billion Oyster Project

Personally I think we’ve all gotten a little cuckoo about having a national holiday to celebrate every single possible foodstuff, but National Oyster Day is one that I don’t mind getting behind, mainly because those little suckers are among my all-time favorite things to eat. Although the official day of the bivalve is Wednesday, August 5, the following Tuesday there is an oyster-centric event that you might want to pencil in. Brooklyn Grange is hosting a tour of the Billion Oyster Project’s beds in the East River, and it sounds like a great opportunity to learn more about why and how the organization is planning to restore robust oyster populations to New York City’s waterways within the next 20 years– maybe you’ll even be inspired to get involved. After all that, you’ll be a guest at a special oyster shucking and tasting at Brooklyn Grange’s rooftop farm (don’t worry, the oysters you’ll be eating don’t come from the East River, but maybe in a few years!). Tickets are $50 apiece and the tour starts at 6:30pm. –K.H. 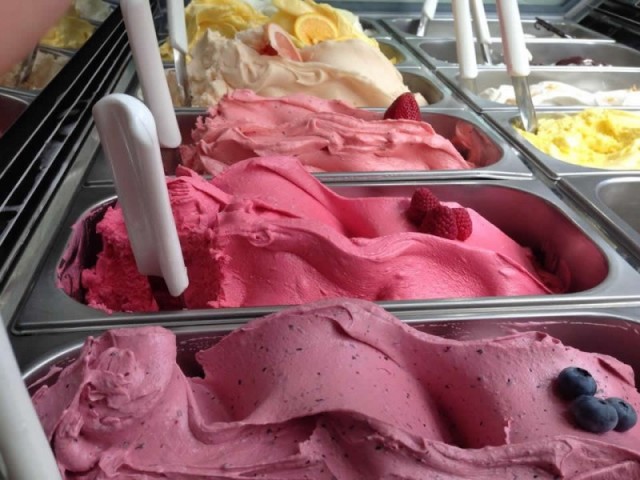 Learn how to make your own Gelato from the experts on Wednesday night. Photo: lalbero dei gelati

Calling all gelato enthusiasts: Get reacquainted with the tasty Italian treat at Wednesday’s Slow FoodNYC and L’Albero dei Gelati’s Summer Gelato Class, where you can not only taste a wide range of savory and sweet gelatos from the acclaimed Park Slope-based shop, but also learn about the history of the dessert, what sets it apart from ice cream and sorbet, and how to make your own high-quality (and delicious!) gelato at home. A ticket to this hands-on workshop is $20 for Slow Food members and $25 for non-members, and it all starts at 7pm. –N.R.