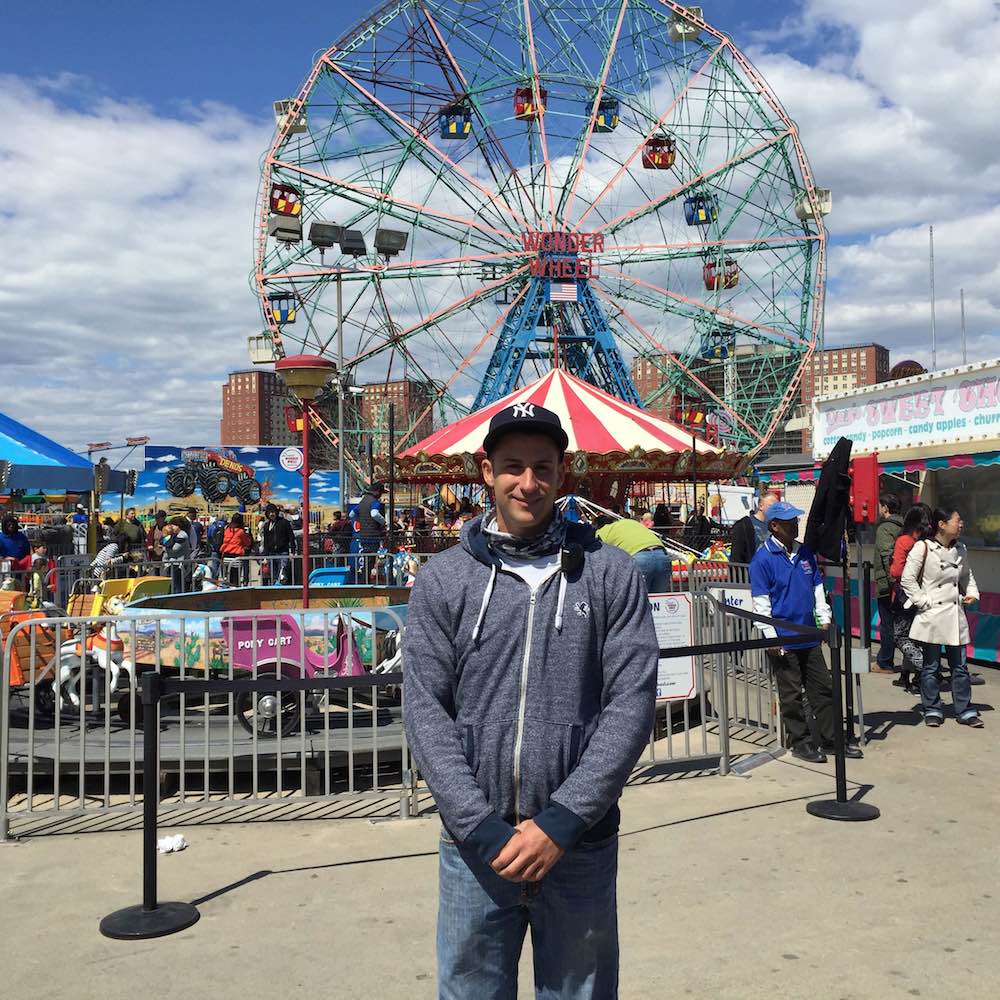 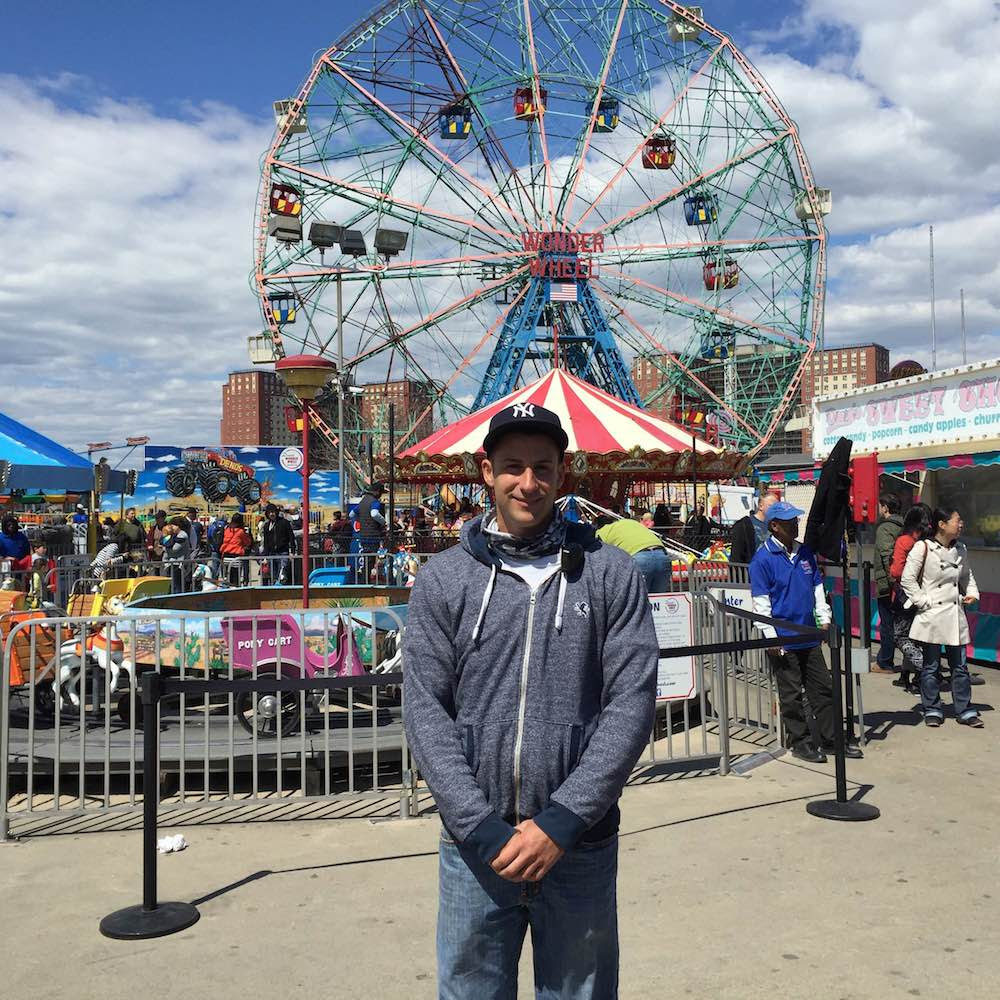 Fillmore Real Estate presents #BKOriginal, a series about businesses and personalities that capture the true spirit of Brooklyn. Showcase your #BKOriginal photos for a chance to win prizes at BKOriginal.com.

Deno Vourderis started working at Coney Island’s Deno’s Wonder Wheel Amusement Park when he was 12, helping out on weekends in the sweet shop. The park was owned by his father and uncle, but Deno has never been afraid to roll up his sleeves and chip in. On a recent Sunday, I found him working in the pizzeria.

“Have I ever thought of doing anything else?” he says, “My father told me I could do whatever I want. I majored in business administration with a concentration in management at Kingsborough. I would help out at local restaurants after class, doing deliveries, but I never really left Coney Island.” 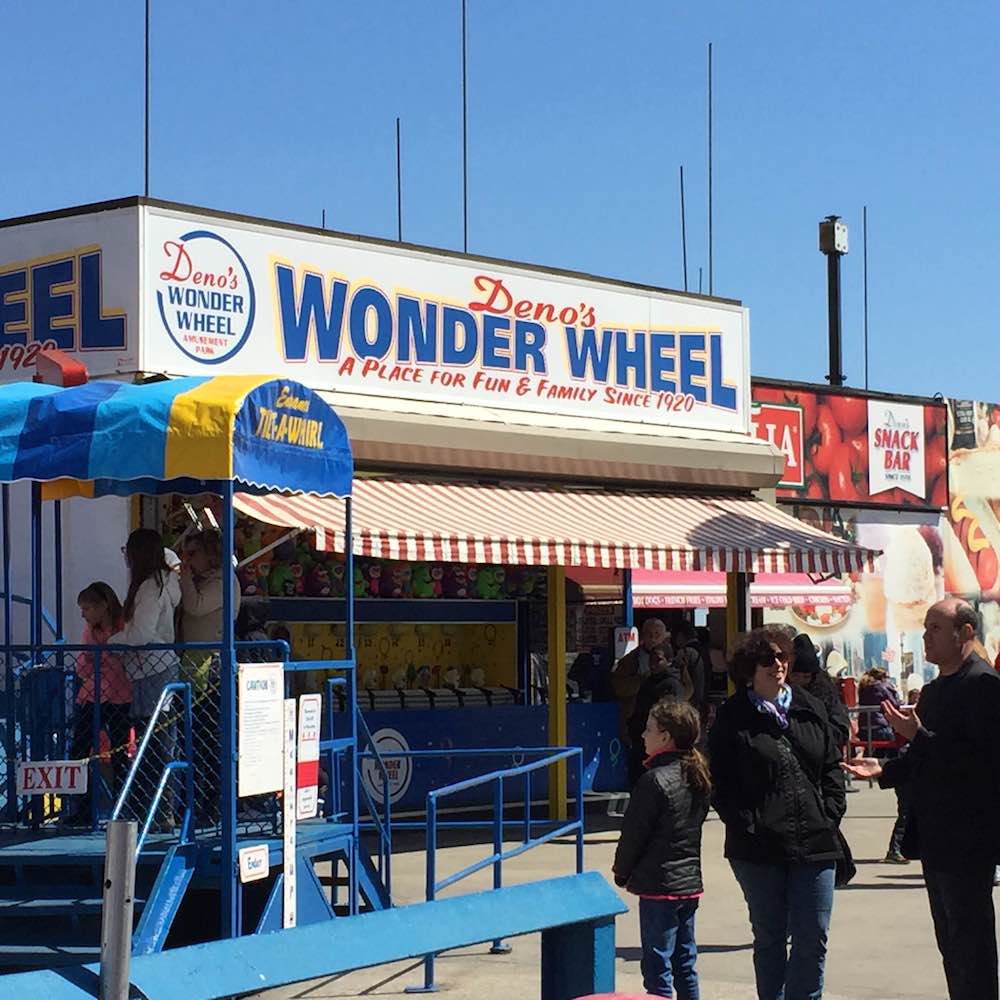 The schedule is rigorous: six days a week, all day. Even when summer ends, things don’t slow down.

“The pizzeria closes October 31, and anything that can’t be frozen gets donated,” says Vourderis. “Then we start mechanical work, take the rides apart, clean, change nuts and bolts, and by then it’s time to put the rides back together. There is constant maintenance and painting because the sun beats up everything.”

Because of this vigilance, Hurricane Sandy didn’t inflict lasting damage to the park. Many of the cars were taken off of the Wonder Wheel, and cleaning crews began work a mere four hours after the storm to prevent rusting.

“It’s not a one-man show,” he says. “Everybody pulls their weight. My uncle, my cousins, all still work here.” 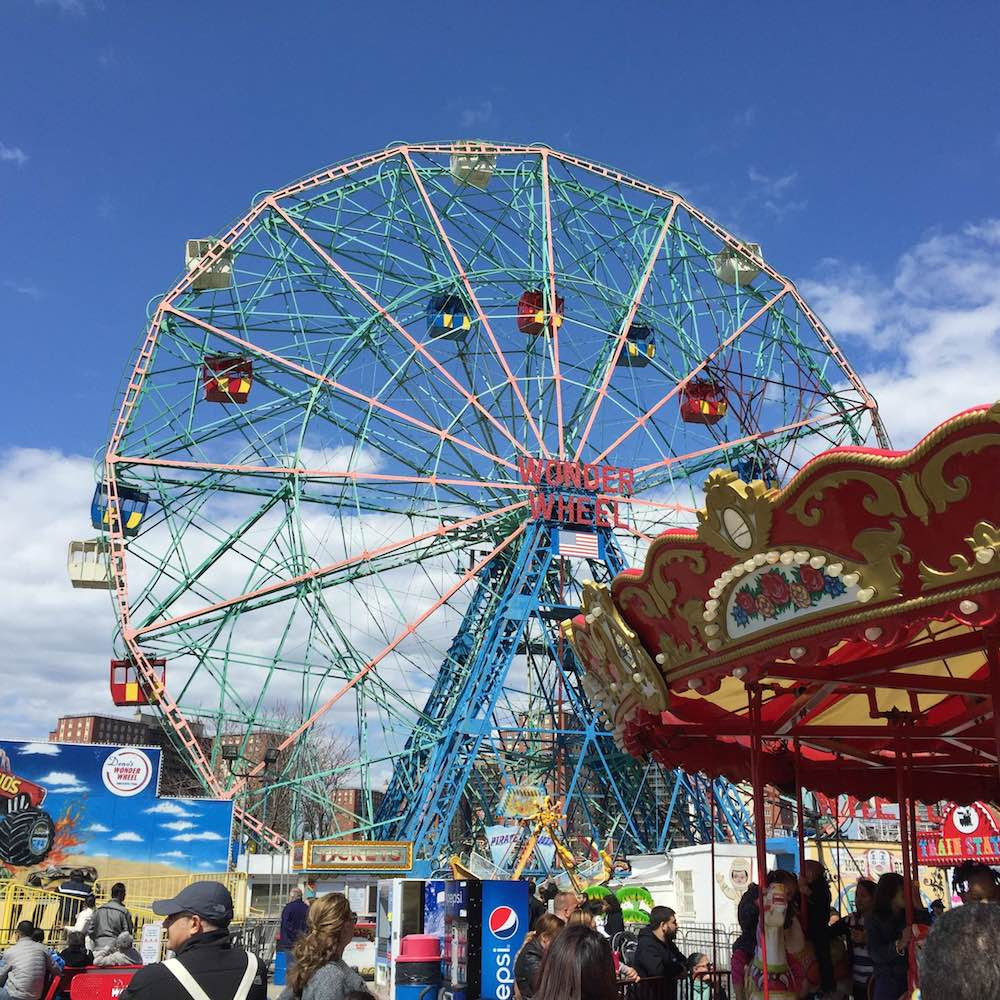 Walking with him around the park, I asked what his favorite ride is. This was a given.

“The Wonder Wheel, of course. I ride it whenever I need to, whenever my friends come down.”

The iconic wheel, known as an “eccentric wheel” for its cars that move around a track, will turn 95 years old this Memorial Day.

There are three new rides this year in the kids’ park. Deno explains: “You do your research and trade in rides to other parks when you want a change. It’s a lot like buying a car that way.” 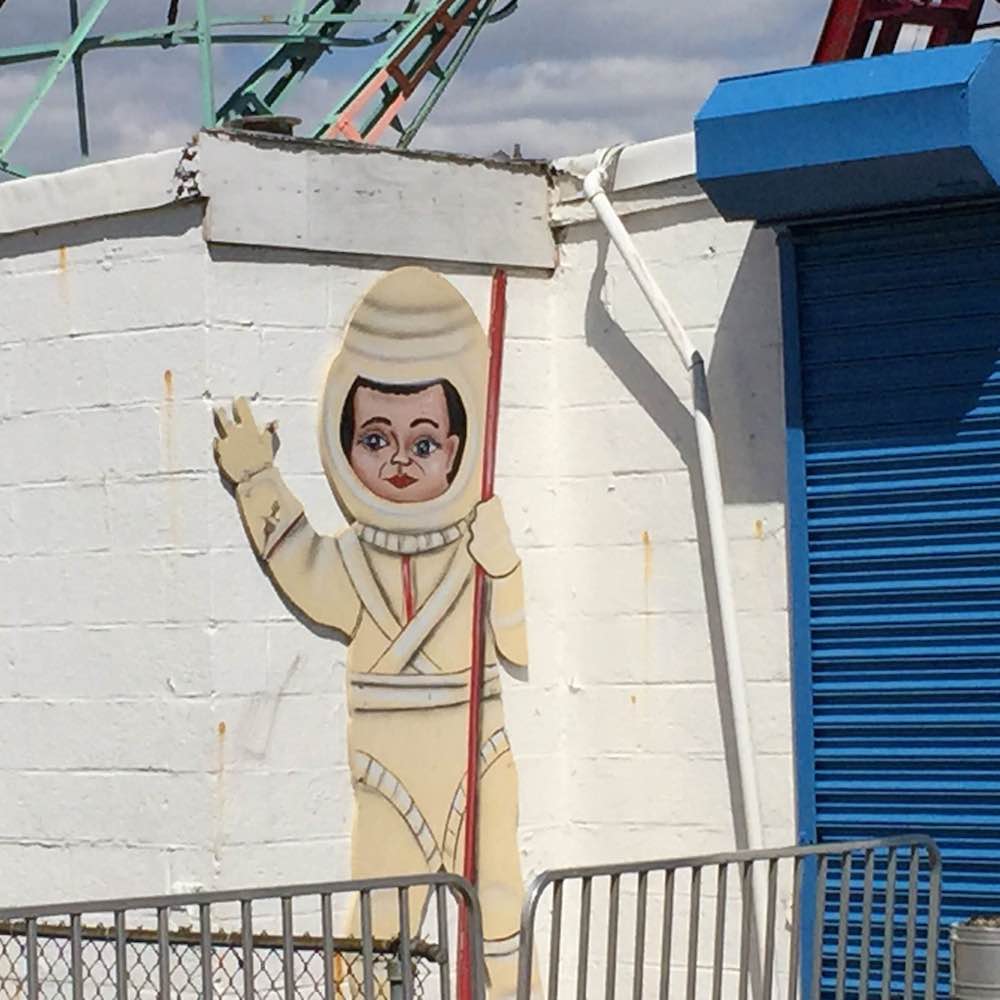 Some rides are mainstays. The boat ride is from the 1940s, and was manufactured by William F. Mangels, a major contributor to the development of amusement parks in the early 20th Century. Mangels also invented a ride called The Whip, and Deno’s favorite new ride, The Speedway, is a new twist on that ride. (“Let me tell you,” he says, “It’s got a real whip to it.”) Mangels also manufactured the pony cart ride, in a shop building that now houses the Coney Island DMV.

As we walk around the park, there are shrieks of glee from all sides. Deno is 29, but he’s still a kid at heart, and obviously delights in these reactions.

“The best part about the business is talking to people,” he says, “and seeing the same faces every year.” 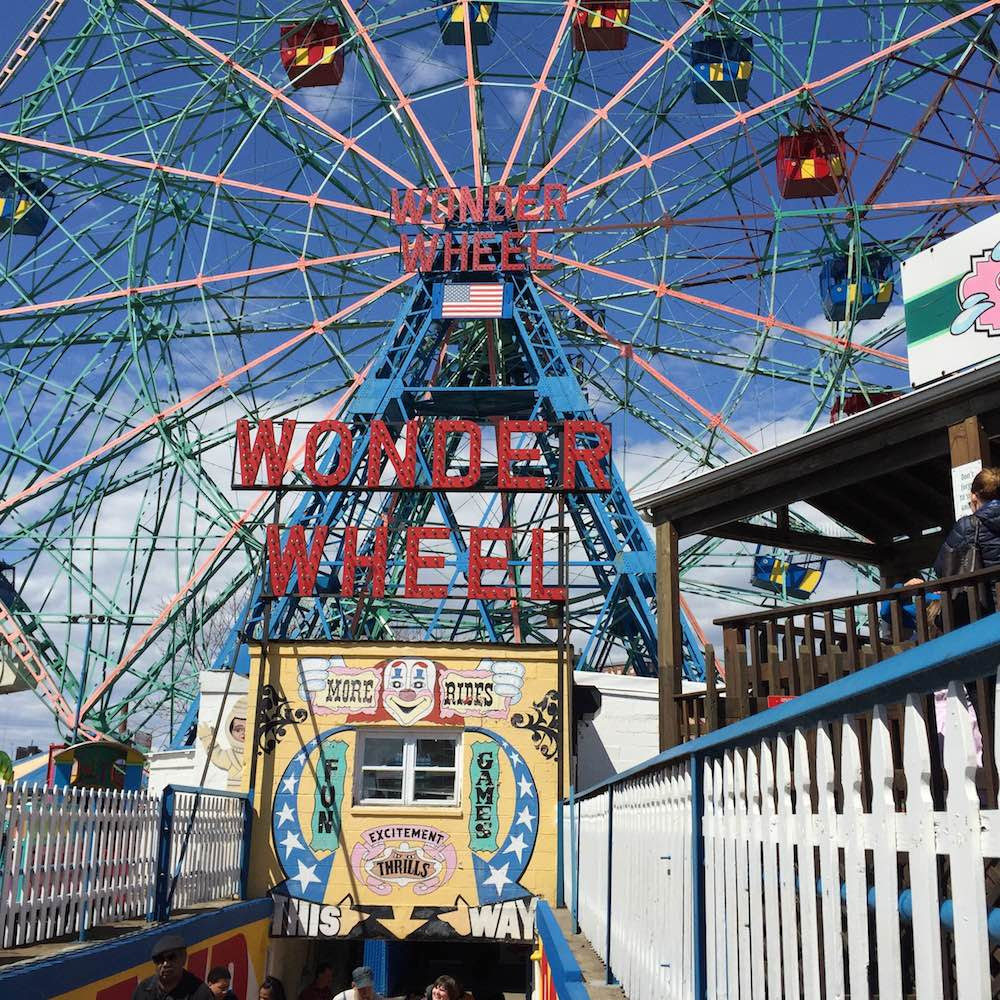 I ask if he sees himself doing this for the rest of his life.

“I’m going to tell you what I tell everyone: I just take it one day at a time and enjoy what I do.”

When every day is an amusement park, it would be hard to argue for a happier alternative.