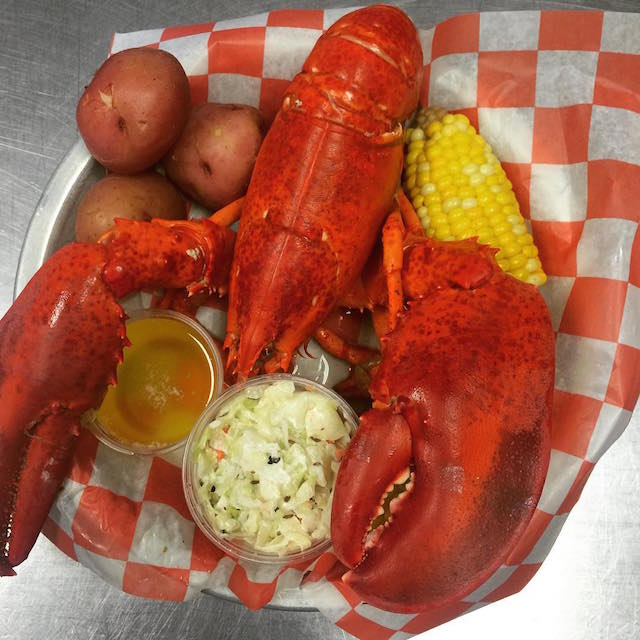 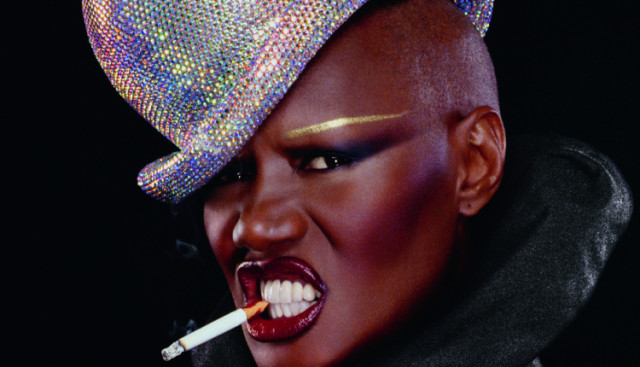 Grace Jones is gracing Brooklyn with her presence at the Fancy Dress Ball on Friday to kick off this weekend’s Afropunk Fest. Photo: Grace Jones

Believe it or not, fall is just around the corner, which means that another season of league shuffleboard play is about to get underway at Royal Palms. Don’t worry, you don’t need any experience, just a couple of friends to round out your 6-10 person team (or not, you can always sign up as a “free agent” too). And if you register now, you can also play shuffleboard for free, whenever you want, for the rest of the summer. Better start practicing if you want a shot at winning the championship in November!

This Thursday night, Rooftop Films and Indiwire are teaming up for a free sneak preview of the SXSW award-winning Krisha at The Bushwick Generator. In addition to the movie, which deals with addiction and a particularly fraught holiday homecoming, the evening promises live music by Haybaby and drinks from sponsors New Amsterdam vodka and Ommegang Brewery.RSVP for free admission but note entrance is first-come, so arrive early.

If you’re looking for a fun and social bike ride this weekend, be sure to sign up for Get Up and Ride’s BBQ and Bronx Brewery ride, taking place on Saturday, before it sells out. For $45, you can join in this 10-mile jaunt through Queens and the Bronx, stopping along the way for lunch at John Brown Smokehouse and a beer at the Bronx Brewery. Don’t have a bike? No problem, you can rent one from Get Up and Ride’s Williamsburg shop for an extra $20. Meanwhile, if you’re in the market for a new ride to cart all your stuff around town, swing by 718 Cyclery in Gowanus between 9am and 6pm for NYC’s first ever Cargo Bike Rodeo, where you can test out all kinds of cargo bikes and gear, enter a raffle to win a new Yuba Mundo, and get a free bbq lunch. Tickets are $10 and proceeds benefit Transportation Alternatives.

If all that biking talk has left you feeling inspired to be more green, the Brooklyn Grange is hosting a workshop on Tuesday night that might make you reconsider the amount of trash you generate. At DIY Your Own Everyday Essentials, Zero Waste lifestyle expert Lauren Singer will teach you how to make your own toothpaste and body scrub, and will provide advice on how to further cut down your output into landfills. Just as an aside, over the past three years, all of the garbage that Lauren has produced fits into one 16 oz. Mason jar, so this lady knows what she’s talking about. Ticketsare $40.

Another fun-filled Ideal Week in Brooklyn awaits, and we’ve got a boatload of ideas about how to while away these waning summer days. 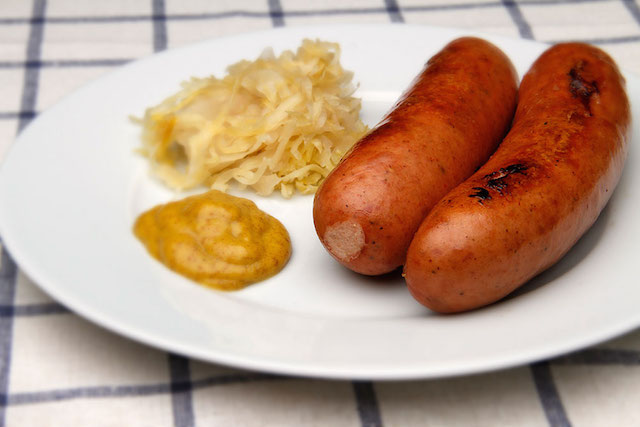 Betcha can’t remember the last Thursday night you spend in a cold storage facility in Long Island City eating bavarian fondue and bratwurst, drinking German-style beer, and dancing to “krautrock.” No matter what, it’s been too long, so don’t miss Thursday’s Barnyard Brats, a summer celebration of all things Teutonic hosted by three Queens-based food and drink suppliers who know all there is to know about throwing a proper German party. Columbia Cheese will provide fondue with pretzel bread and raclette, Schaller & Weber will be BBQing Bauernwurst, Nurnberger, Weisswurst, and Knackwurst, and Singlecut Brewery will be pouring a selection of lager, dunkel, wheat, and pilsner beers– all in the space in Larkin Cold Storage occupied by Barnyard Collective. Tickets for all this, plus a dance party featuring German techno, are just $10. –K.H. 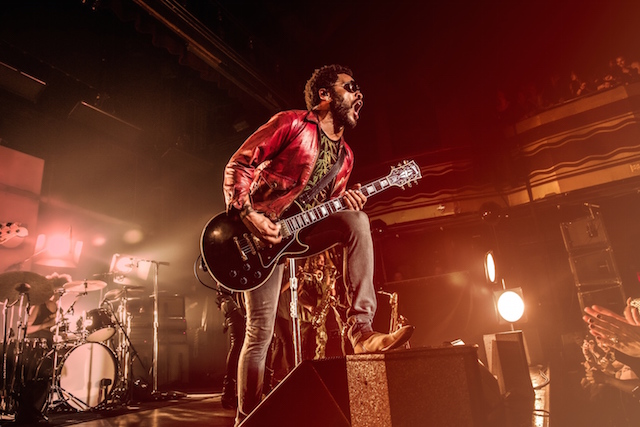 Lenny Kravitz is just one of the many A-list musicians you can see perform live in Brooklyn this weekend. Photo: Lenny Kravitz

You can never have too much of a good thing, especially when the good thing is the opportunity to see awesome, inexpensive live music, but even we have to admit we’re daunted by the sheer amount of possibilities this weekend. That’s because there are three totally different, yet all sure-to-be-amazing music festivals going down in Brooklyn over the next few days, beginning with the 10th Annual Brooklyn Country Music Festival, which takes over The Bell House for four glorious days of twang. Check out everything from bluegrass to honky tonk, with performers like Brooklyn’s own Ramblin’ Jack Elliot, blues guitarist Mamie Minch, swing and country band The Brain Cloud, and more than two dozen other acts. Tickets and a full schedule are available here. Meanwhile, the amazing Afropunk Fest also kicks off its 10th year this weekend in Commodore Barry Park: This time it opens with a Fancy Dress Ball on Friday night featuring the one and only Grace Jones (!) and will host an impressive lineup of stars, including Lenny Kravitz, Ms. Lauryn Hill, rapper Danny Brown, Bloc Party frontman Kele Okereke, Kelis, Gary Clark, Jr., up-and-coming producer Kaytranada, and many, many more. For the first time in its history, the festival won’t be free, but tickets are still pretty cheap compared to, say, Governor’s Ball. And if somehow neither of those festivals does it for you, then Red Hook’s Pioneer Works is offering up an alternative on Friday night: The Brooklyn Raga Massive, a local collective “of forward thinking musicians rooted in Indian classical music.” Starting at 7pm, three acts of the collective’s finest troupes—the Neel Murgai Ensemble, Karavika, and the Arun Ramamurthy Trio—will perform for one hour each, sharing their jazz-influenced take on traditional Indian music. Tickets are $10 and can be purchased here. — N.R. 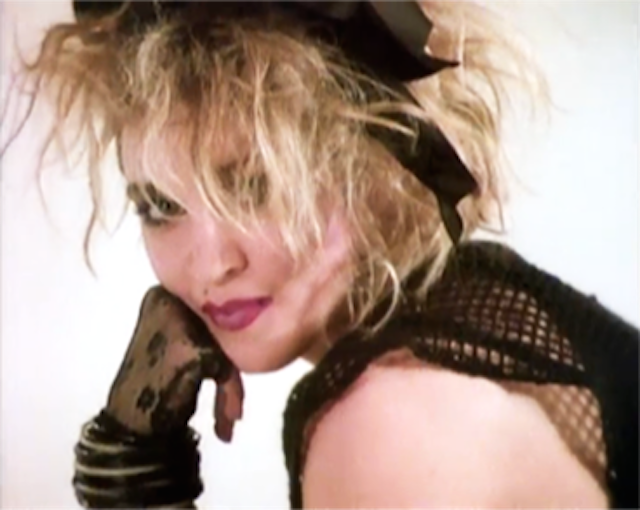 Can’t get enough of her Madgesty? You evidently aren’t alone, because the people behind this Saturday’s 12th Annual Madonnathon party, which will honor the singer/actress/dancer/ridiculously influential human on the week of her 57th birthday, are expecting a packed house at Brooklyn Bowl. Starting at 8pm, you can Get into the Groove, Vogue, and Express Yourself with some of the most die-hard Material Girl fans on the planet, including renowned cover bands and tribute artists. Free Madonna makeovers will be available, and be sure to come dressed in your favorite Madonna look (I’d personally go with Lucky Star) for a chance to sing onstage with the band and win prizes. Tickets are $15, which is really a steal when you realize you’ll get to belt out Like A Prayer at the top of your lungs alongside hundreds of strangers without judgment. –K.H. 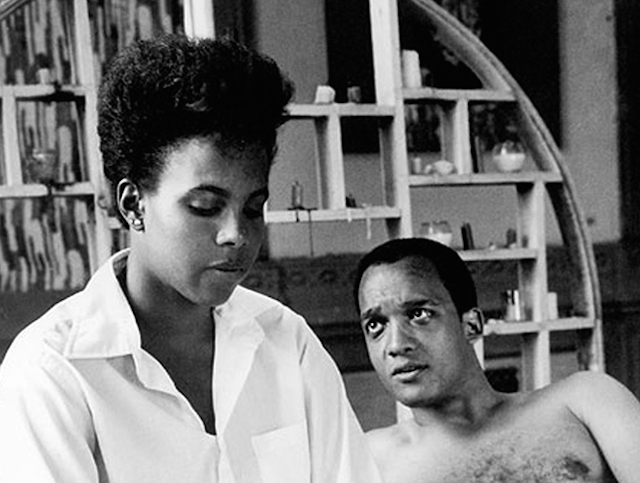 Catch Spike Lee’s first movie, She’s Gotta Have It, on the big screen at BAM as part of its ’80s Indie series. Photo: bam.org

Speaking of the ‘80s, BAM has been running a pretty great film series this summer featuring more than 60 independent movies from the Reagan era. Indie ‘80s is a stark repudiation of the conventional wisdom that says that the decade was all about excess and conservativism– the films it highlights are edgy, forward-thinking, and still important three decades later. Case in point: Sunday’s screenings of Spike Lee’s debut feature-length film, 1986’s She’s Gotta Have It, which not only skyrocketed Lee to stardom, but is also notable for its honest and real portrayal of a strong, sexually independent, cosmopolitan black female, a demographic that was at the time woefully underrepresented by Hollywood studios. Tickets to both the 7pm and 9:30pm screenings are $14. –K.H. 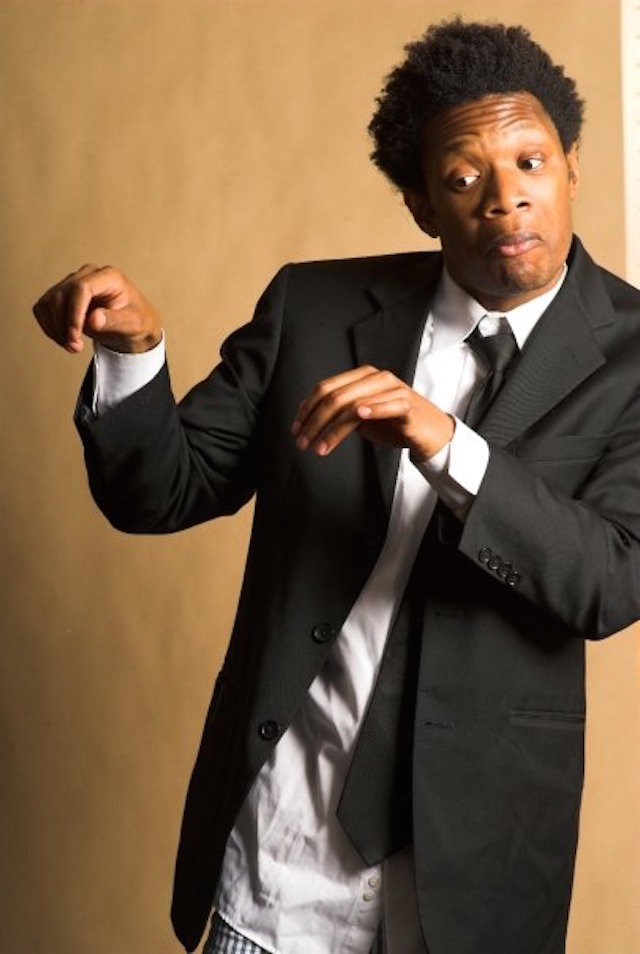 Maybe the majority of the famous comedy venues are in Manhattan, but let’s admit it: Most of the comedians live in Brooklyn. To honor our surplus of local talent, the week-long Brooklyn Comedy Festival starts this Monday, featuring familiar faces like Late Night with Seth Meyers’ Michelle Wolf, Dave Hill, Chris Gethard, Jo Firestone, and SNL’s Sasheer Zamata. We suggest starting things off right at Littlefield on Monday night with a very special BKCF edition of Night Train, hosted by comedian Seaton Smith and featuring Nick Turner (Best Week Ever), Kevin Barnett (Lucas Brothers Moving Co.), Myq Kaplan (Comedy Central Presents), Michelle Buteau (Best Week Ever, China, IL), and special guest DJ Jean Grae. As always, tickets are $5 if you buy in advance and $8 at the door and the show starts at 8pm. If you can’t make it that night, check out the full BKCF schedule here for a variety of other panels, performances, shows, and parties to choose from. –N.R. 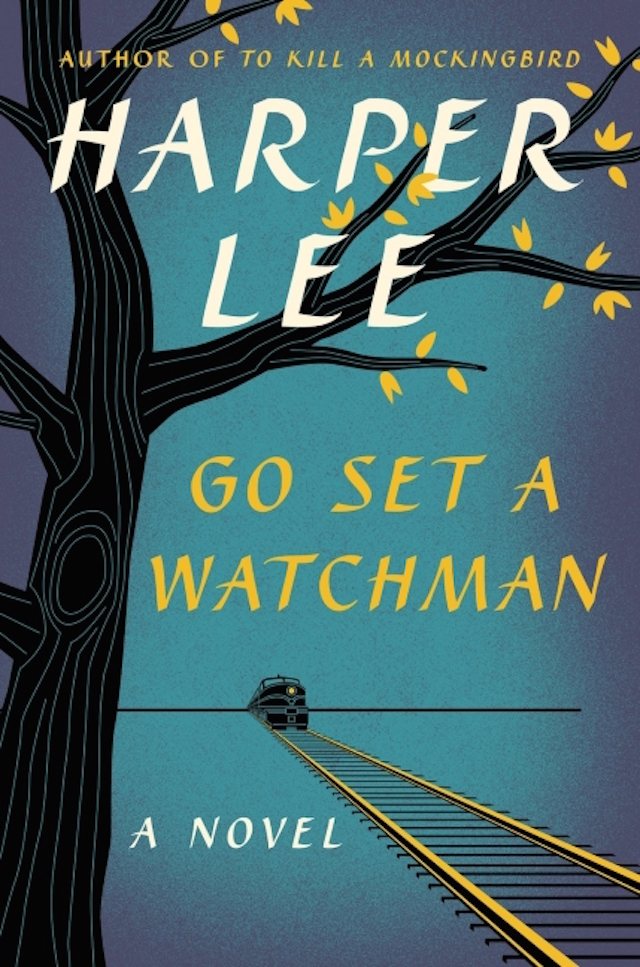 It’s safe to say that, at least literarily speaking, this is the summer of Harper Lee. See what all the hoopla is about this week when the Clinton Hill branch of the Brooklyn Public Library takes a closer look at Lee’s two published novels—To Kill A Mockingbird and this year’s follow-up, Go Set A Watchman. On Tuesday at 5pm, the library will host a special screening of the 1962 film adaptation of To Kill A Mockingbird, starring Gregory Peck as Atticus Finch, and then the next day at 2:15pm, it hosts a discussion about the much-anticipated and heavily scrutinized sequel released earlier this summer. Admission is free. –N.R.

In the interest of full disclosure, I just got back from a week in Maine so I might be pushing my own lobster-withdrawal agenda a bit here, but if you’ve got a craving for crustaceans, this week presents the perfect opportunity to take advantage of Red Hook Lobster Pound’s Wednesday night Lobster Dinner deal. All day every Wednesday, the Red Hook flagship location serves up steamed fresh Maine lobsters straight from the tank, boiled new potatoes, corn, slaw, and plenty of melted butter for just $25 each. It’s the perfect summer meal, especially when it’s hot enough that the idea of turning anything on in your own kitchen is more than you can handle. Bon appetit, and don’t forget to save some room for Steve’s Key Lime for dessert! –K.H.