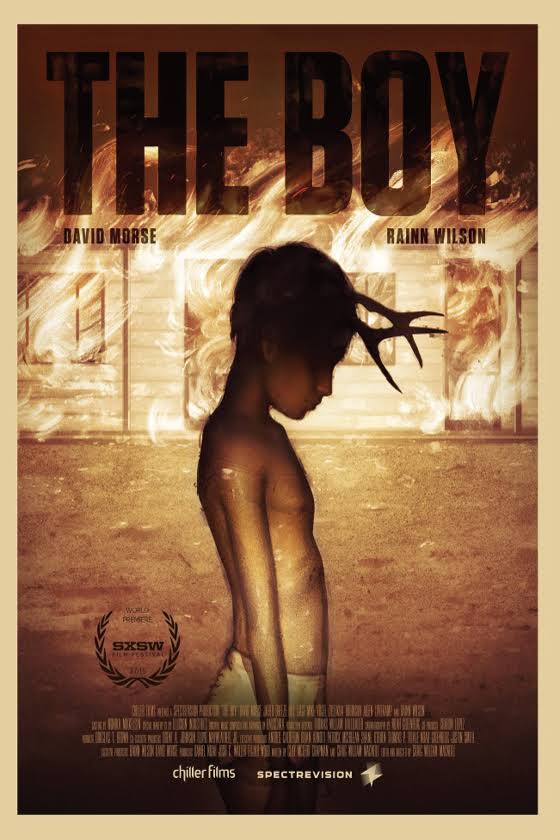 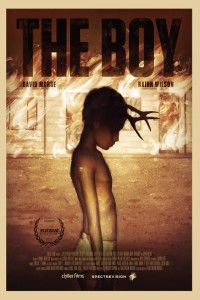 There’s no shortage of films (and TV shows for that matter) about serial killers and psychopaths these days, and perhaps this should come as no surprise. There’s something almost compulsively compelling about the existence and nature of individuals capable of the ultimate act of transgression and disrespect that is murder. Plenty of films exploit these characters, and our enduring fascination with them, but others also manage to make an honest and chilling attempt to understand why these people do what they do. As more than a few such films have shown (my favorite being, A Young Poisoner’s Handbook), the best way to truly understand is to start at the beginning. Whether killers are born or grown, their childhoods always tell the tale best.

The Boy, which opened this week at Cinema Village, and was written by Ditmas Park resident Clay McLeod Chapman, ponders that nature/nurture by inviting us into a grim family gothic. Open on Ted (Jared Breeze) a tiny, blonde 9-year-old collecting roadkill off a lonely stretch of mountain road. Immediately we feel just how crushingly lonesome Ted’s life is–together he and his father John (David Morse) run a desolate roadside motel where Ted fills his hungry heart and empty hours by practicing his hospitality jargon and scraping up roadkill, for which his morose father pays him 25 cents a corpse.

In the hands of a burgeoning psychopath, though, this scheme provides a perverse incentive (an especially gruesome example of the cobra effect). Soon Ted is baiting the road with food scraps, until he ends up catching more than he expected when a strange man (Rainn Wilson) totals his car and injures his head colliding with a deer that was dining on the double yellow lines. What follows is a slow burn as we puzzle out the shifty stranger’s secrets as he interacts with a boy who’s increasingly fascinated by death, and its power to stir his stagnant world.

Director Craig William Macneill (The Afterlight) has crafted a quiet and expressive film, and his soundwork is particularly noteworthy. The rhythmic throbs that score tense moments are made up of sounds from the scene, but slowed way down, thus turning muffled weeping into something more like a pulsing, demonic chuckle. Macneill contrasts these disturbing tones with silence, the hum of insects, and with a nostalgic soundtrack of songs from 1989, when the film takes place (sidenote: murder was so much simpler before cell phones). While the film is presumably set somewhere in middle America, the production filmed entirely in Columbia. You wouldn’t guess it, but once you know it’s easy to see how one could pass for the other since the story has only two sets, the sad motel, and a nearby junkyard.

Macneill shows strong control of pace and story; there are long stretches of eerie inaction, which build anticipation rather than dragging. The explosive ending, which I won’t ruin for you, left me satisfied, though I found the setup for a bit contrived. For my money, Macneill’s real accomplishment is in gently forcing the audience into Ted’s point of view. Everything’s relative–especially morality–and when crying sounds like laughter and all you’ve ever known in your little life is a literal and figurative dead end, what wouldn’t you do to shake things up? Whether Ted is a bona fide psycho, or just a regular sociopath, impressionable minds and lonely hotels rarely seem to lead to happy endings, at least on screen. You will, however, enjoy your stay.