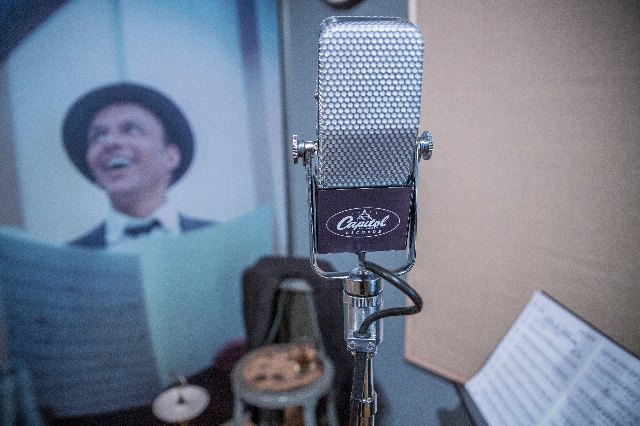 “So while my heart’s gay and foolish and free and still can sing its song
Share every precious moment with me, don’t wait too long”

As another summer winds down, and with fall just around the corner, it’s advisable not to wait too long if you haven’t yet visited the New York Public Library’s retrospective show Sinatra: An American Icon. This free exhibit about the Chairman of the Board, which opened last March, will be close this Friday. Coinciding with the 100th anniversary of Sinatra’s birth, the multimedia presentation features photos, clothing, awards, audio and video recordings, art and memorabilia associated with Sinatra during his lifetime. It’s an opportunity for fans and visitors to explore the life of one an entertainers ever who left an indelible mark on pop culture. 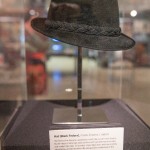 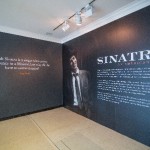 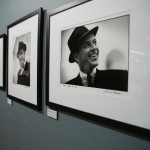 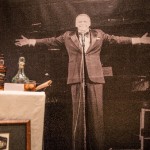 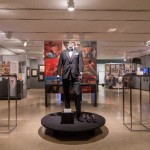 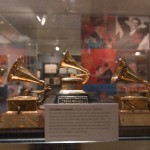 Highlights from the exhibit (which is a collaboration between Sinatra’s family, the NYPL and the Grammy Museum) include the Hoboken native’s Grammy, Academy and Golden Globe awards; his classic fedora and tux; paintings he created; and a re-creation of Capitol Records’ Studio A where Sinatra recorded his songs. But more than just a chronicle of the man’s remarkable career, the show is a timeline of the golden age of popular song as well as the glamour of the worlds Sinatra inhabited–New York, Hollywood and Las Vegas–during the ’50s and ’60s.

Like its Beatles exhibit from last year, the NYPL offers the visitor an interactive exploration of Sinatra’s legacy with tremendous attention to detail and care. To paraphrase one of his popular songs, Sinatra in his lifetime gave nothing but the best, and so does this show.