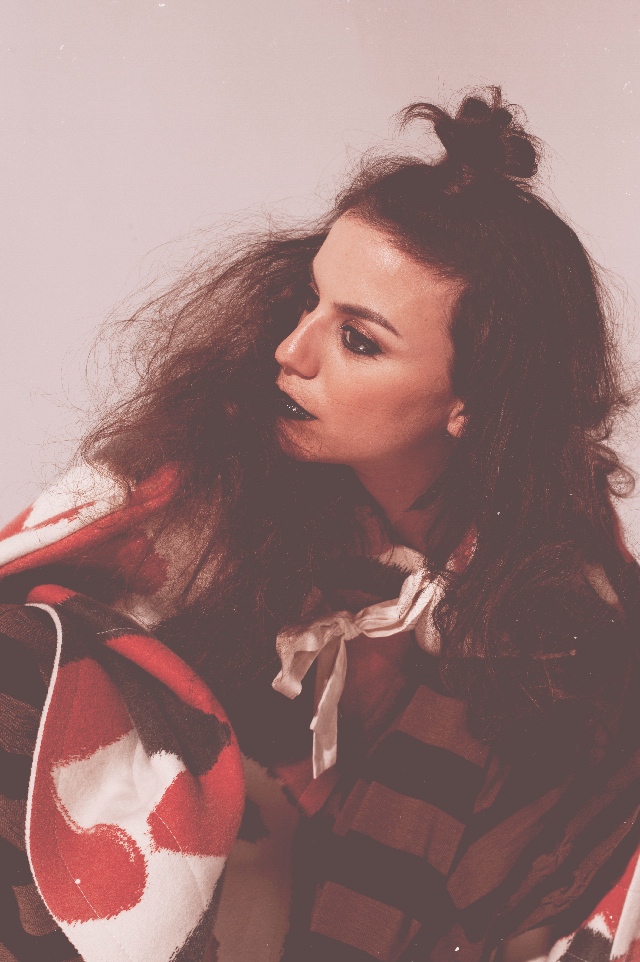 It’s been six years since we’ve heard new music from Angel Deradoorian, formerly of the acclaimed indie band Dirty Projectors. But that’s not to say that she’s been slacking off since the release of her EP Mind Raft in 2009. In addition to working on her own music as Deradoorian, she has also collaborated with the likes of Flying Lotus, the Roots, Vampire Weekend, and the Killers’ Brandon Flowers. In fact, Deradoorian started work on what would become the new album The Expanding Flower Planet four years ago.

“I started writing for it,” she says. “There were a couple of years where I wasn’t really focusing on that because I was just focusing on Dirty Projectors. I moved out of the city, I was going through a lot changes. So after leaving the band, I just had to kind of start over again in a way. It took me quite a bit of time to figure out how I wanted the music to sound and be presented and to get it out there. So I’ve been working the whole time.”

Fans of Dirty Projectors will certainly recognize many elements in Deradoorian’s latest and most adventurous work to date. It shares an avant-garde and experimental edge, and the the lo-fi aesthetic is at times stark and minimalist while the lyrics have a free-form, stream-of-consciousness to them—but with enough melody to anchor the songs.

“I didn’t start with a specific concept,” she explains. “I was looking to fulfill those sonic ideas more than anything, and then as I went on, it became more clear of what it was gonna be for me. It’s a very personal record, but at the same time, it’s very universal to me. It embodied that chapter of my life and what I was exploring on my own, and the emotions I wanted to portray, not being completely about myself.”

It’s hard to pin down a specific style from The Expanding Flower Planet as each song conveys a different mood and tone, from the mysterious synth-pop of “The Eye” to the sinister yet whimsical rocker “Invisible Man.” The title track is definitely indicative of world music influences, while “Your Creator” sounds like the spiritual cousin of Laurie Anderson’s breakthrough song “O Superman.” The uptempo and pop-y “A Beautiful Woman” could be considered the most accessible track from the record.

“I just write my own lyrics,” says the musician. “I don’t draw from other people’s lyrical styles or anything like that. It’s also kind of the last part of writing music for me. The music just comes from a lot of different influences, a lot of music from all over the world, just taking those feelings or concepts and working with them, how they fit with who I am, what I feel. It ranges from the Middle East and Japan to Krautrock, jazz, lots of different influences there, very much inspired from sonic elements. I was very interested in making something sonically appealing to my ears. I like the idea or having the ability to create these combinations of sounds that dictate a lot of the feeling in the music.”

The latest single off of The Expanding Flower Planet is the elaborate “Komodo,” which sounds ornate and carries Asian influences. “That song felt really different when I got to that point of writing it from all those songs that I had written already. I wasn’t sure totally if it was going to fit or not. I just had the melody basically stuck in my head for a while, that comes in at the beginning of the song. It started to take shape after I used the dulcimer on there and it became just a very different sounding song compared to the rest of the songs. It took on a very different vibe and time in a way.”

The Expanding Flower Planet is a solo album in an almost literal sense, as she performed almost all of the instrumentation. “I wrote all the parts but I needed a better drummer than me, so I had a couple of people to come in and do that,” she says. “My sister sings on it and my friend sings on it too.”

Currently, Deradoorian, who lives in Los Angeles, is on a North American tour with singer Laetitia Sadier of Stereolab. Given that both artists come from backgrounds in experimental rock, it’s a pairing that makes total sense. “We’re gonna actually sing in her band,” says Deradoorian of Sadier, “so we’ll open up for her and then sing with her. We’re looking forward to it. It’s gonna be a really positive tour, get a different group of people coming out to the shows and kind of broadening the listener circle. So it’s gonna be cool.”

Deradoorian will perform on September 11 at Baby’s All Right, 146 Broadway, Brooklyn, 8pm, $15.  The Expanding Flower Planet is out now.