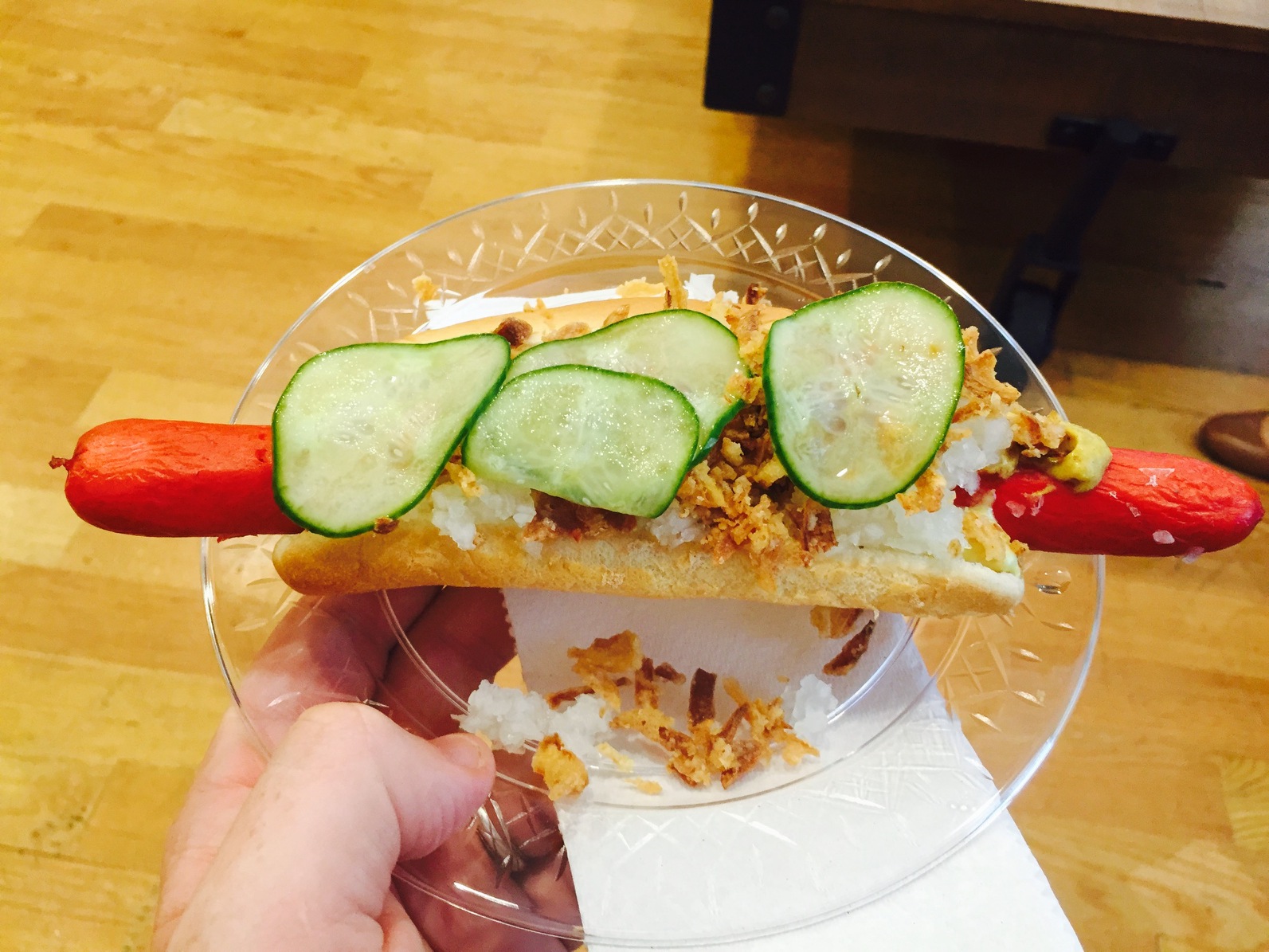 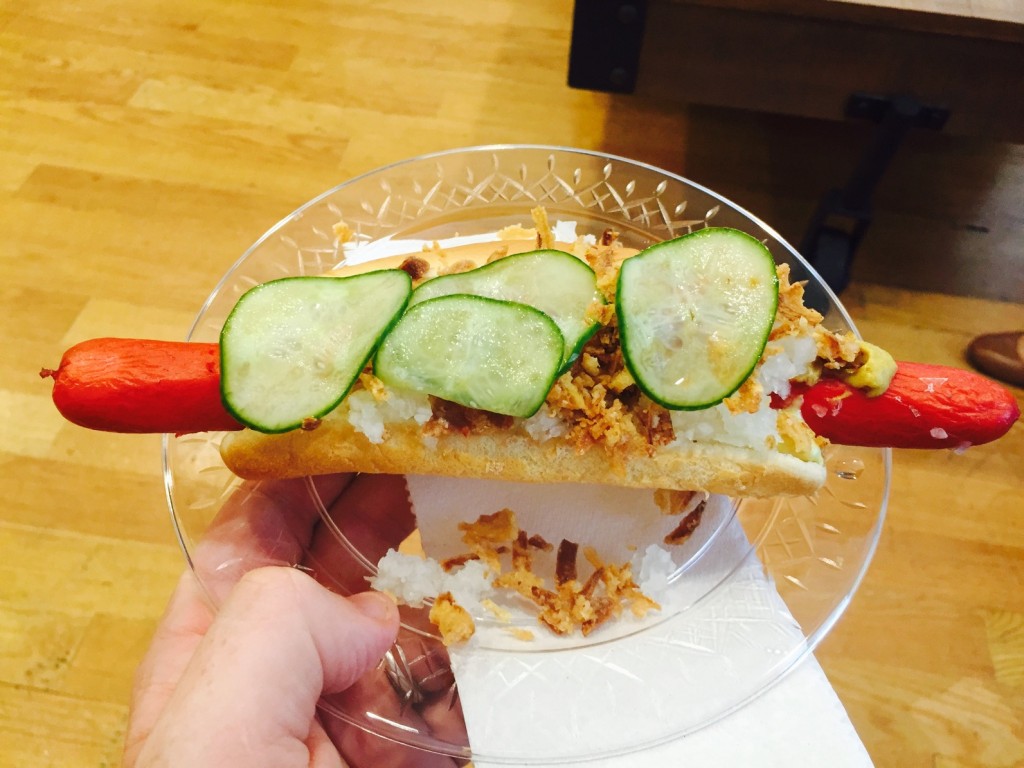 This is how the Danes do hot dogs. Yes, they’re bright pink. Photo: Kenneth Rosen

They’re a trap, dirty water dogs. Walking home from work I’m always tempted by them, in a low cost, immediate gratification kind of way. But it seems like they’ve gotten smaller, less robust, more expensive lately, and that putrid water that they sit in is difficult to accept as edible. Maybe it’s time that New Yorkers demand more out of a tube steak and replace our franks with bright pink pølsers.

Like everything else Scandinavian, pølsers—Danish hot dogs–are having a moment right now, including a New York-made version. Martin and Sera Høedholt started their company Revolving Dansk on a mission to bring the street food of Copenhagen to New York City, including their Copenhagen Street Dogs, which are authentic pølsers, down to the pink hue. (Danes originally dyed them to veil the graying color of outdated dogs, but these days they’re colored for tradition’s sake.) The Høedholt’s dogs are all-natural (even the authentic red coloring) and made from pork sourced from Lucki 7 Farms upstate. The sausages are GMO- and antibiotic-free, and smoked over beechwood in a natural sheep casing.

Pølsers are sold from carts situated on almost every corner in Danish cities (Danes eat some 27,000 tons of pølsers a year), but they’re a far cry from what we as New Yorkers expect from a hotdog stand. Pølsevogns, which translates to “sausage wagons,” are open and clean, serving more as a tiny restaurant on the street than a mobile vendor, and catering to tourists and locals alike.

The sausages are generally grilled rather than boiled or steamed, like a dirty water dog. The pølser itself extends beyond the end of the bun, which offers the eater a bite of the naked sausage before reaching the toppings, which are often piled on extravagantly. Traditional toppers include crunchy fried onions, raw onions and thinly sliced pickles, along with condiments like ketchup, mustard, and most notably, remoulade, a mayonnaise-based sauce that usually features pickles or relish, and can also include things like capers and anchovies.

When I tried my first pølser I expected something meaty and filling–the length alone suggests a hearty portion. But the Copenhagen Street Dog I tried (the scarlet-hued røde pølser, Copenhagen Street Dogs also offers a brown non-dyed version called grillpølser) was light and airy. There was a quick, muted confluence of sweet and tangy, a product of the coriander, nutmeg and cardamom the Høedholts use in their dogs. They satisfy with flavor, but not in heft, which might actually make them better designed as a lighter burger alternative for the grill.

I like dirty water dogs. I do. But if given the chance, I’d still banish them to museums as relics, and replace them with pølsers on every New York Street corner.

Sample Copenhagen Street Dogs at Pig Island in Red Hook on Sept. 12 and the Danish Music Fest in Stamford, Conn. on Sept. 12, or order them online from Scandinavian Butik.