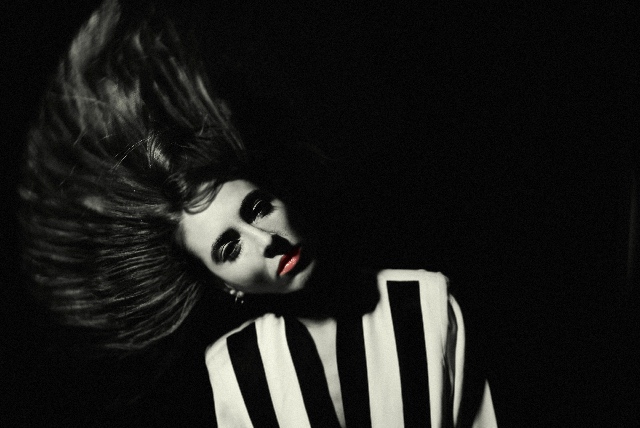 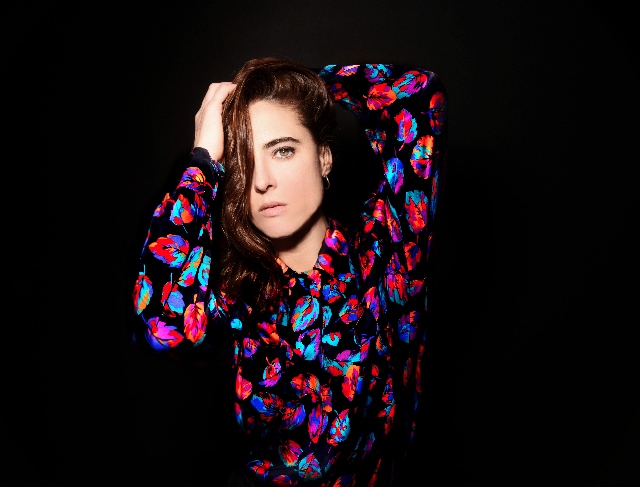 Cat Martino named her latest solo project as sort of a double entendre, one that incorporates her own name and the idea of “stranger music.” But the name “Stranger Cat” is also a connection to a curious incident that happened while she and her collaborator Sven Britt were working on the album that became In the Wilderness.

“When we were in Northern California,” she told me during a recent conversation in Park Slope, “there was this cat that came to the door every day and meowed and meowed.” Upon his arrival, Martino and Britt would say, ‘There’s Stranger Cat, there’s Stranger Cat! Maybe’s he’s a ghost, maybe he’s an alien.’ It was just a good conversation to have. One day we let Stranger Cat in and he ate all of the kitty food and left. We’re, like, used (laughs).”

The lighthearted moment that led to the name Stranger Cat came in the midst of a deep depression. Martino, who had previously collaborated with Sufjan Stevens and Sharon Van Etten, and is playing at Rough Trade NYC on Friday night, had just broken up with her co-producer/boyfriend and experienced a re-occurrence with a neuromuscular illness. A concerned friend booked her a flight to California.

“When she picked me up at the airport she took one look at me and was like, ‘Oh God. You’re a mess,'” Martino recalled. “She just drove me right to the ocean, right to these cliffs–‘That’s it, I’m throwing your ass in there.’ We took our clothes off and ran in the ocean. And I literally did feel the sense of baptism, the sense of renewal. That’s where a lot of the lyrics for the song “Unzip Your Skin” came from.”

Like her first solo album, Yr Not Alone, Into the Wilderness includes a guest appearance by Martino’s friend Sufjan Stevens (she has also collaborated with Sharon Van Etten and the Shins) on the track “I Promise.” “That song on the record is actually the only song that is directly about the breakup I went through,” Martino said. “The rest of it is more like my personal journey. I didn’t want to harp and write 10 breakup songs, the one is enough is what I felt.”

Compared to Martino’s previous work, the synthpop-hip-hop-R&B fusion of In the Wilderness, released on the label Joyful Noise this past spring, seems more pronounced, the only constant being her expressive singing. “I’ve been attracted to electronic sounds naturally for years,” she said. “You can hear my music going in more of that direction on Yr Not Alone than any of my previous records. It was definitely starting to go in that direction. Stranger Cat is decidedly this place to explore these styles that I have been interested in and playing with for years.”

Martino’s time in California influenced the sound of In the Wilderness and reignited her interest in music. “I needed a break from New York, and I was finding this different kind of spirit,” she said. “All my friends in Northern California are sort of like these space rockers and really knew how to go at playing and enjoying music without this sense of competition. And I was surprised to find, ‘Oh, now I’m really enjoying music for music’s sake right now.’”

While Stranger Cat is mainly Martino’s baby, In the Wilderness was a collaborative project with musician Sven Britt, who co-produced the record with her (he has since moved on to his own music). “We were working together as a team on this record,” she says. “There were half of the songs I wrote and then we would play with different instrumental ideas together, and then about half the songs we wrote together, and then I would do melodies and lyrics. But we would write them together through improvisation games and edit them. It’s really a fun way to work.”

As is the case for many modern artists, Martino didn’t just write and perform this album, she also financed it through crowdsourcing, using the platform PledgeMusic. While she  found the process of asking for money to fund her work immensely stressful, she also recognizes that the drive it took to get the album finished was a useful part of the creative process. She recalled a recent interview with the writer Ta-Nehisi Coates that resonated with her. “He was talking about the process of being an artist is not necessarily that mystical,” she explained. “You put yourself somehow under an enormous amount of pressure and enormous amount of stress, and you think you’re gonna explode. But instead you grow new muscles and you grow beyond yourself. By the end of it I was like, ‘I did this. I could maybe do anything.'”

Stranger Cat will be performing on Friday., Sept 25 at Rough Trade NYC, 64 N. 9th St., Brooklyn, 8:30pm, $12/$15. Her recent album In the Wilderness is out now. For more upcoming shows, check out our fall concert calendar.