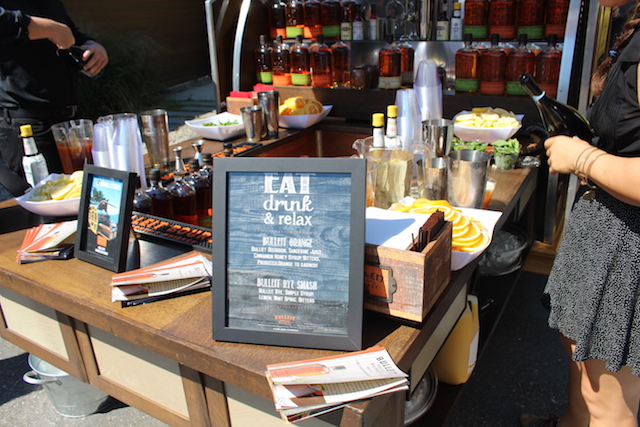 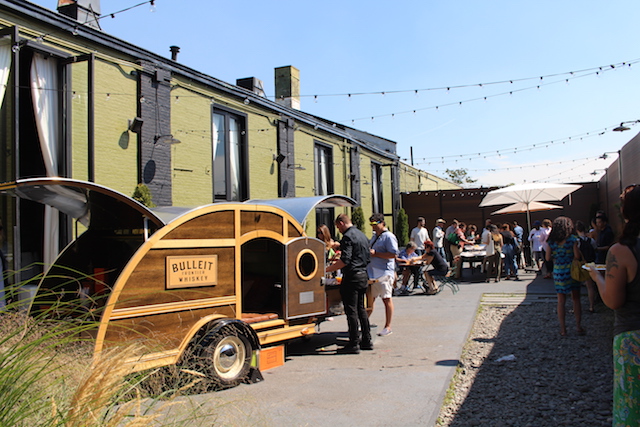 The Woody, parked in the courtyard of The Green Building for a boozy lunch. Photo: Stefanie Moody

Last week we were lucky to be able to treat some of our readers to an impromptu lunch of Fletcher’s BBQ, Ample Hills ice cream, and Bulleit bourbon, the brand that hosted the whole shindig at the Green Building. It was an excuse to trot out its very cool “Woody” trailer, which is essentially a vintage wooden camper tricked out like a bar car. They don’t rent this baby out, which is a shame because a lot of whiskey-loving couples would probably dig this at their wedding, but what you can enjoy at home is the “Bulleit Orange” we sipped last Thursday. If much of what you love about an Old Fashioned is the lift the orange and sugar give it, you will love this drink.

Who wouldn’t want a camper with a full Bulleit bar? Photo: Stefanie Moody

Combine Bulleit Bourbon, tangerine juice and cinnamon honey syrup and bitters in a shaker with ice. Shake to incorporate and strain over fresh ice in a Collins glass. Top up with prosecco and garnish with an orange wheel.

Boil equal parts honey and water in a saucepan along with cinnamon sticks broken into large pieces. Heat over medium, stirring until honey dissolves. Remove from heat and let cool. Discard cinnamon sticks. Store in airtight container in fridge.