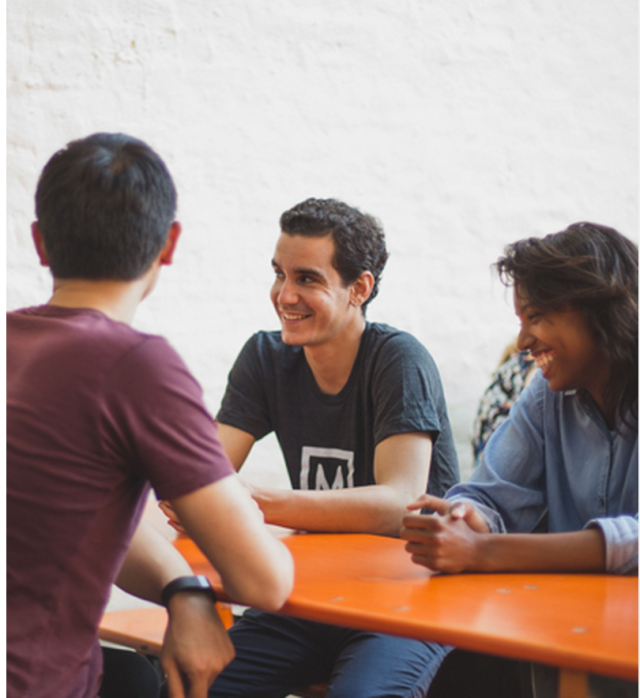 Common is bringing co-living to Crown Heights this fall, and the startup’s founder Brad Hargreaves is one of 20 innovators speaking at ADAPT next weekend. Photo: Common

One of the most interesting things about sharing a workspace in NYC is being able to get a first look at some very cool startups and companies that will influence what we purchase, how we make things, even how we live.

Since we’ve been working at The Yard in Brooklyn, we’ve been turned on to companies that we’ve become great fans of, like Makr, which has engineered an app that lets everyone become a graphic designer. Inkkas, socially conscious shoemakers who plant a tree for every pair sold, was working out of The Yard until they opened their showroom. And next weekend, when The Yard opens its doors at all six of its locations around the city, including its brand-new Herald Square spot, their inaugural ADAPT festival will introduce its members and the public to all of the smart people who work at The Yard along with innovators from other creative spaces.

One of those big thinkers is Brad Hargreaves of Common, a start-up that is applying the co-working approach to apartment living. His vision, to create dorm-style residences filled with entrepreneurs and freelancers, has a lot of legs in cities where housing is tight and expensive, and he’ll be talking about his ideas next Friday, Oct. 2 at 6pm at the Herald Square spot. It’s a shame, because that’s exactly when we’ll be talking about the freelance writing market with two of our contributors at the Brooklyn location! Jordan Galloway, who is a creative media strategist at the Daily News, and Elaheh Nozari, who has also written for Bustle and XOJane, BlackBook and LearnVest, will talk with myself and Annaliese Griffin about all sides of the media business, from crafting the perfect pitch, to going freelance writing rates, to copywriting, to the realities of bootstrapping your own media company.

While you can’t be in two places at once, you do have three days, five locations and roughly 20 panels to choose from at ADAPT, including a talk about the future of venture capital with Charlie O’Donnell, an Instagram branding how-to with Chandelier Creative, and gifts and goodies from Moleskin. Check out the lineup and when you purchase tickets use the code BROOKLYNBASED to get 50% off at checkout.