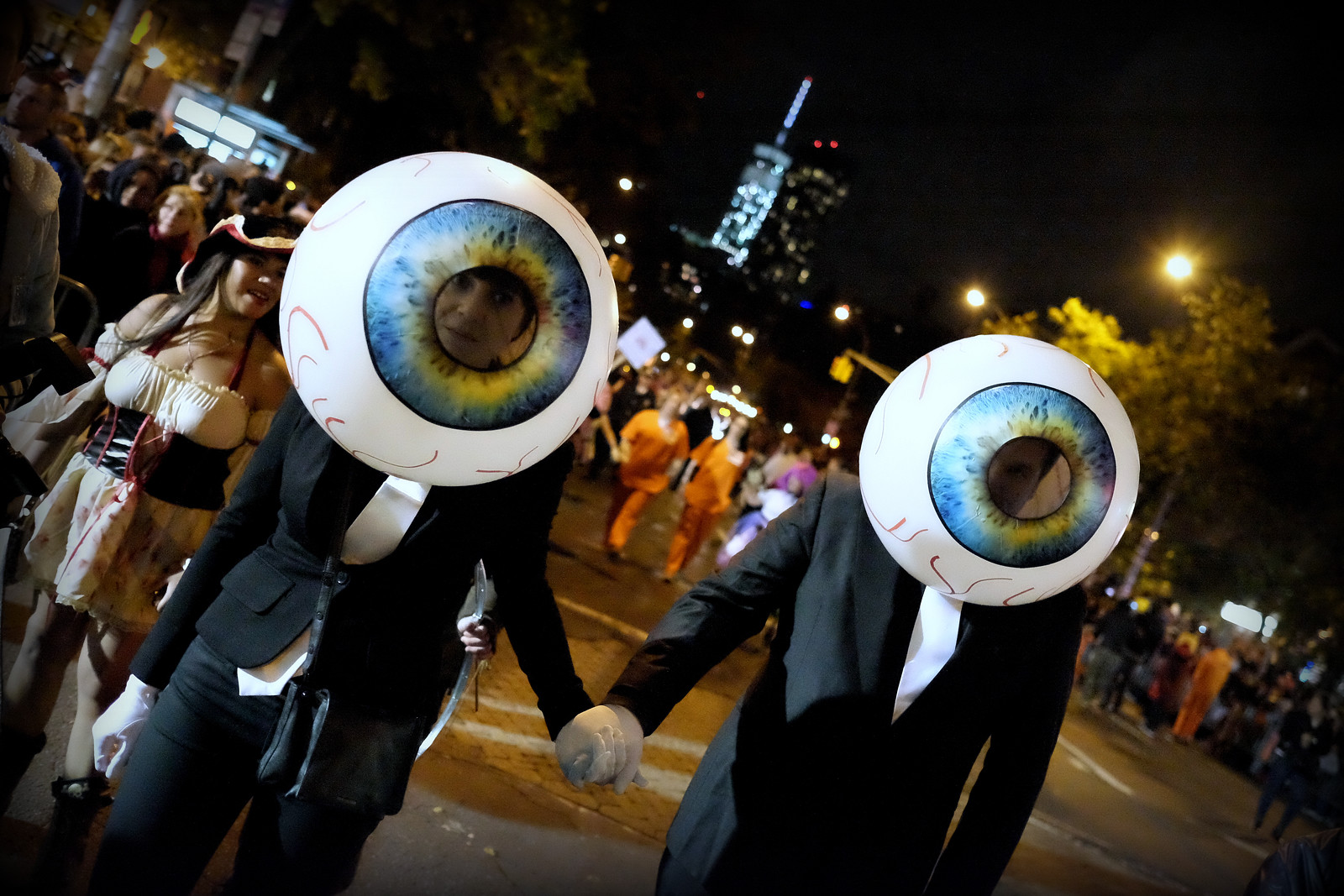 While October is an ideal time to get out of the city, take a drive upstate to see the leaves change colors and maybe live out your pastoral fantasies by going apple picking, there are plenty of cultural happenings taking place here in the city this month worth sticking around for. Here are the 10 we’re looking forward to the most. 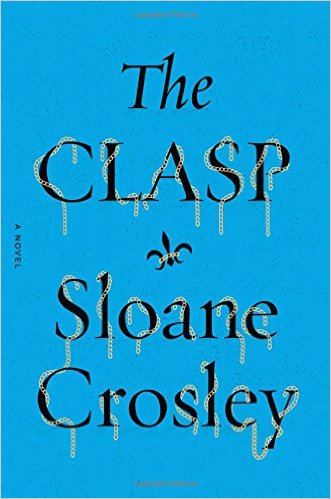 10. Having devoured every word of Sloane Crosley’s writing over the years—starting with her first collection of essays, I Was Told There’d Be Cake—I’ve had Oct. 6 marked on my calendar since I found out it would be the day her first novel, The Clasp, would be released. Crosley is known for her clever, comedic ruminations on everyday life in essays for publications like The New York Times, New York Magazine and Interview, so it’s not entirely surprising that her first foray into fiction centers around the very human relationships of three college friends reunited for a wedding weekend toward the end of their twenties. What promises to make this one a page turner, however, is the unexpected introduction of a treasure hunt for a priceless necklace that went missing amidst the Nazi occupation of France during WWII that has the trio packing off to Paris on an adventure that promises to be equal parts historic and humorous. You can catch Crosley at BookCourt on Oct. 6 where she’ll be celebrating The Clasp’s release starting at 7pm.

9. A new documentary, The Black Panthers: Vanguard of the Revolution, offers greater insight into the grassroots organization that drew global attention to issues of inequality, civil injustice and social stratification, attracted the attention of federal agencies like the FBI, and made leather jackets and afros a fashion statement in the 60s. Having caught the doc at Film Forum earlier this week, I was surprised to learn about sides to the Black Panthers’ organization I hadn’t learned in history class, like their social outreach initiatives and the fact that the majority of the party was actually comprised of women. It’s definitely worth forsaking some beautiful fall weather for a few hours spent in a cinema to see it. 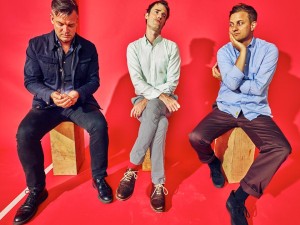 8. In the hypothetical musical version of MASH—you know that game you used to play ad nauseum on the back of the bus in middle school—my ideal marriage of musical talent would definitely have to be local Latina electronic artists Xenia Rubinos and the experimental rock group Battles. I feel like together they would make sweet, sweet alternative rock music, and I will get a chance on Oct. 20 to see if my hunch is correct, in a sense, when Rubinos opens for Battles at Webster Hall.

Stay out of the rain and head to Black Forest’s indoor biergarten to celebrate Oktoberfest with a boot bull of beer. Photo: Black Forest

7. Given the number of German biergartens in Brooklyn alone, it’s entirely possible to turn pretty much any outing into your own personal Oktoberfest, but do yourself a favor and schedule some time to drink a liter or two of lager or pilsner out of a boot-shaped glass or beer stein during the city’s annual Oktoberfest celebrations. Time Out New York put together a pretty comprehensive guide to this year’s festivities, but we would definitely recommend checking out the keg tapping, mug-holding competitions and live music (Slavic Soul Party will be performing) at Black Forest biergarten in Fort Greene this Friday, as well as the German-style feast being created by Clinton Hill deli owner Theo Peck on Oct. 7 as part of Edible Oktoberfest taking place at Brooklyn Brewery. 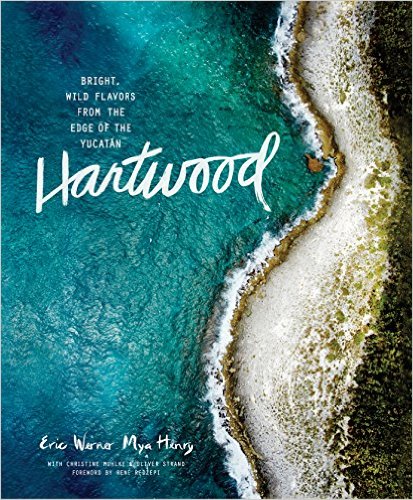 6. While I personally think the roasted beets and habanero margarita are reasons enough to hop a plane to Tulum and stand in line at 3pm for the chance to eat dinner at Hartwood restaurant, I will refrain from cashing in all of my frequent flyer miles for now and pick up a copy of the new book Hartwood: Bright, Wild Flavors from the Edge of the Yucatan instead.  When Eric Werner (former chef at Vinegar Hill House) and his wife Mya Henry, who used to organize events for The Standard Hotel, decided to leave the city and relocate to a remote part of Mexico’s Yucatan Pennisula five years ago, neither one of them knew that Tulum would quickly morph into the Caribbean playground for yoga retreatists, fashion editors and winter-weary New Yorkers it is today. Visitors continue to pack Hartwood’s tiny, jungle-side outdoor eatery on a daily basis to sample Werner’s dishes, caught, harvested and grown locally. In the new cookbook, Werner shares not only his recipes, but the philosophy behind his food, both of which you can hear more about on Oct. 28 at the 92nd Street Y where Werner and Henry will be discussing their latest joint endeavor with Pilar Guzmán, the editor-in-chief of Condé Nast Traveler at 7pm. 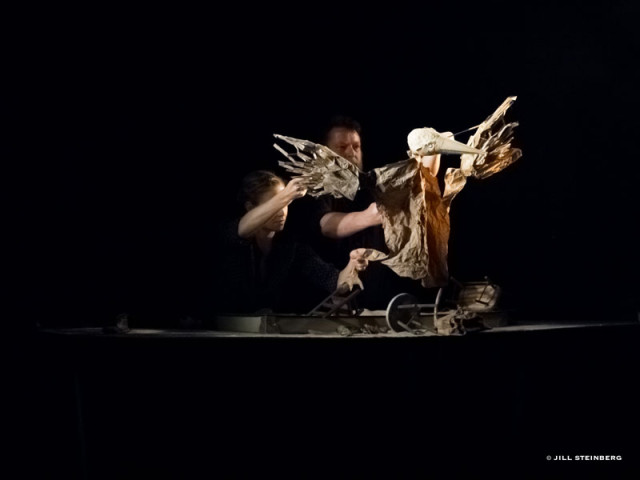 5. It feels like every summer I get out of my normal routine just far enough that come fall I return to inevitably discover that several new restaurants, coffee shops, stores and other brick-and-mortar businesses have been added to Brooklyn’s streetscape while I’ve been at the beach. This year is no different, but this time, the newest addition I’ve discovered is National Sawdust, an experimental-music hall that recently opened in Williamsburg. With the shuttering of spaces like Death by Audio and 285 Kent, the neighborhood was in need of a new music venue, but you can expect more avant-garde productions here than punk bands. The non-profit venue has the backing of well-known locals like James Murphy, and its October calendar includes provocative pieces like Birdheart, a theatrical piece by Saskia Lane and Julian Crouch–whose most recent Broadway credit is the set design of Hedwig–that combines animation, puppetry and chamber music on Oct. 8, 11 and 14. 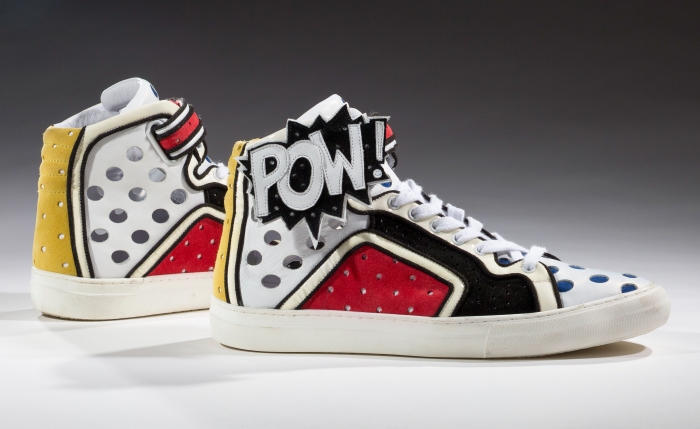 4. I haven’t put on an actual pair of closed-toe shoes since June, so it’s taken me all this time to finally go check out The Rise of Sneaker Culture exhibit at Brooklyn Museum. If you, too, happened to miss this exploration into the cultural connection we have to our kicks, then I suggest that you make your way to the museum this weekend before the show closes on Oct. 4. 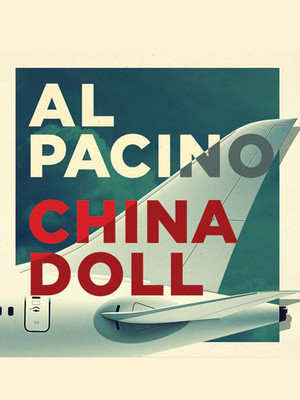 3. If you’re looking for the holy grail of cultural events this month, you should head to Broadway where previews for David Mamet’s new play, China Doll, starring Al Pacino, start on Oct. 21. If you only know Mamet as the real-life dad of Shosh from Girls, I would first recommend that you never ever tell anyone that bit of information and second, that you scoop up tickets fast, as this play promises to be one of the must-see shows of the season. 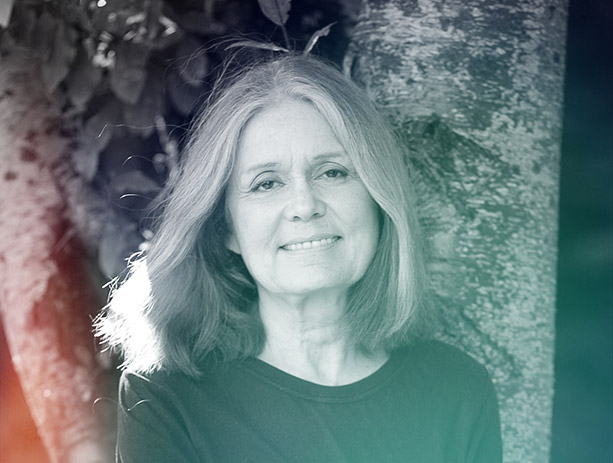 2. For every rule, there are exceptions, and this happens to be one of them. Gloria Steinem—author, cultural icon and women’s rights activist—is speaking at BAM on Oct. 27 as part of the literary series Unbound. Tickets were already sold out in July, which would typically mean me not mentioning it here; however, because I find even the most remote chance of hearing Steinem speak in person too culturally important not to mention, it’s making my culture to 10 for October. Those annoyed at hearing about something only after it’s sold out—I myself was turned away three months ago sans ticket from the box office and told to call back daily until the day of, on the off chance that something would open up—should take heart. BAM has organized a standby line and will be selling additional tickets to the talk on a first-come-first-served basis the day of the event. 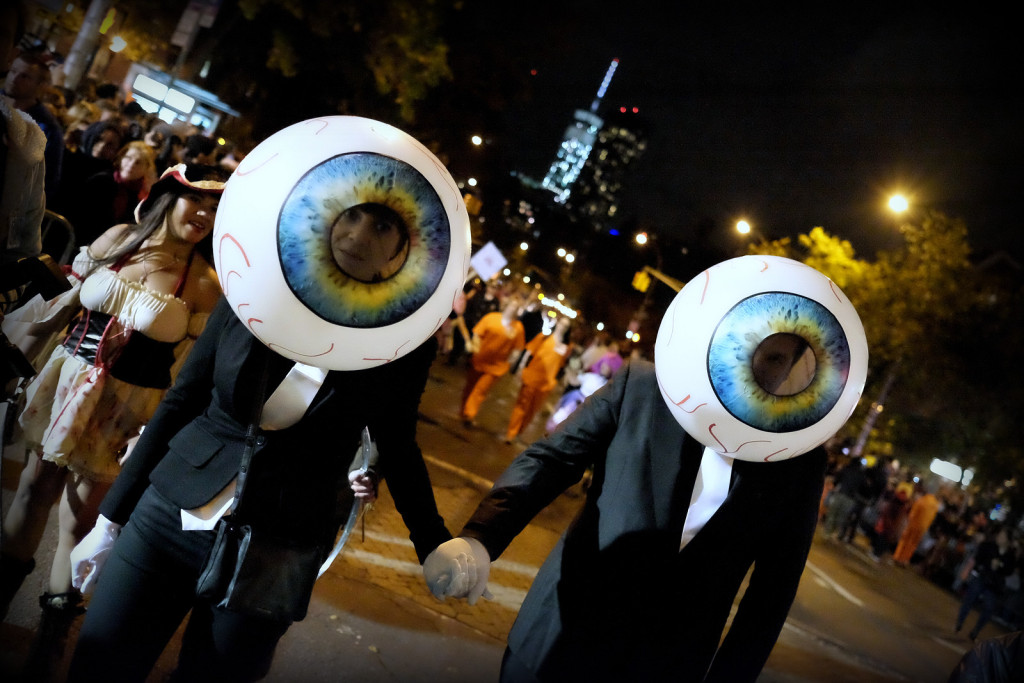 Diana Vreeland did say the eye had to travel, and this pair of eyeball buddies from last year’s parade are a particularly creepy interpretation of that. Photo: Pat Merino

1. You will have to wait until the very last day of the month to take part in October’s most anticipated cultural occurrence, the 42nd annual Village Halloween Parade. I frequently lament the fact that New York City is losing a lot of its weirdness, but every October, the East Village institution that is the Halloween Parade gives anyone who appreciates the city’s eccentricities a reason to celebrate. This year’s theme is “Shine a Light,” and it’s intended to encourage revelers to “bring in the light during a time of darkness,” which is asking a lot of a costume, but its cultural relevance couldn’t be more spot on.