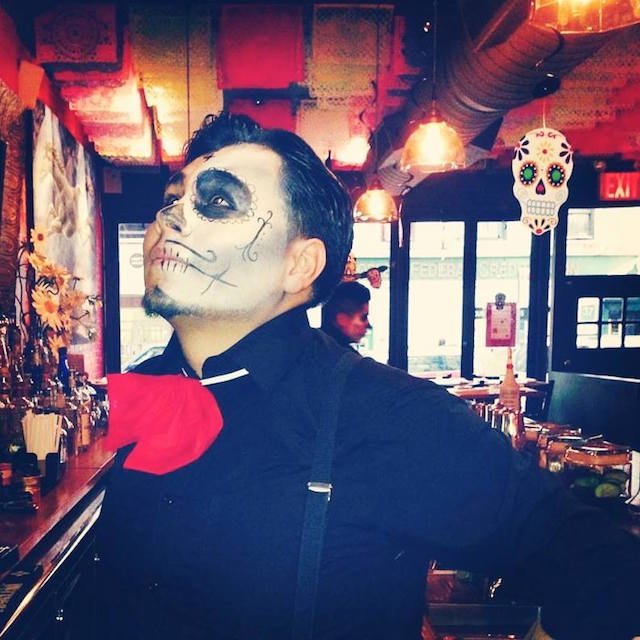 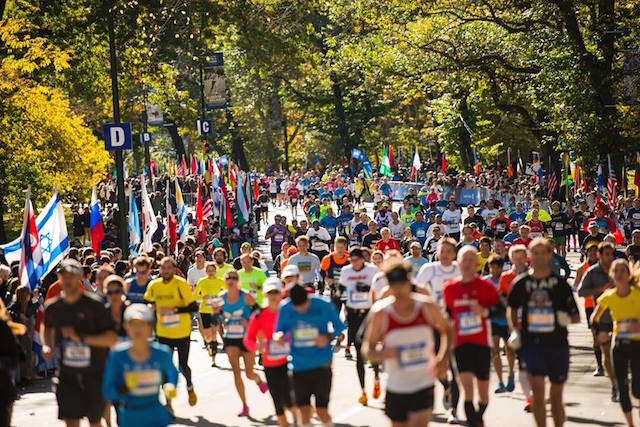 It’s a huge week in New York, what with Halloween, the Marathon, the end of daylight savings, and the World Series all competing for our attention, but no need to get overwhelmed by it all. With a little advance planning and the help of our handy guide to the next seven days, you are literally staring an Ideal Week right in the face. Get after it, and be sure to tag pics with #idealweekbb so we can see what you’ve been up to!

Here’s something weird and super-specific: Apparently tonight (Wednesday) is World Vasectomy Day and Gordon Bennett Bar is throwing a Leaving the Gene Pool party to celebrate anyone who has decided to be childless starting at 7pm. The event includes $3 beers, food, DJs, stories from men who have had vasectomies, free consultations with a doctor about the procedure, and a projected live-stream video of a vasectomy being performed in Florida. Not sure they needed this extra feature, but they’re certainly leaving no stone unturned.

Last night’s brutal heartbreaker notwithstanding, lots of us will be spending a bunch of late nights this week cheering our Amazin’ Mets to victory in the 2015 World Series. For those of you who remember the miracle that was the ’86 season, there is a special game-watching party going down in Bay Ridge on Friday night that might be of interest. Lockyard will be hosting former second baseman Wally Backman and former center fielder (and generally crazy person) Lenny Dykstra as very special guests, and for $75 you get autographs from both and unlimited beer. While you’re in the area, why don’t you swing by Dyker Heights and check out this amazing house that goes buck wild with the Halloween decorations every year. In the meantime, let’s just keep our collective fingers crossed that de Grom is throwing his best stuff tonight.

If you can’t wait until Saturday to get into your Halloween costume, swing by Littlefield on Halloween Eve for a super 80s and 90s costume party hosted by The Skint. They’ll have awesome music, contests, scary projections on the big screen, a haunted photo booth, drinks specials, and tons of candy. (We’ve got more Halloween parties for you to scour through below.) Finally, make sure you carve out some time to cheer on the marathon runners on Sunday–nearly half of the 26.2 mile course is in Brooklyn, so you’ll have lots of opportunities to do so.

Read ahead for more tips on how to get the most out of Your Ideal Week, and don’t forget to reset your clocks on Saturday night! 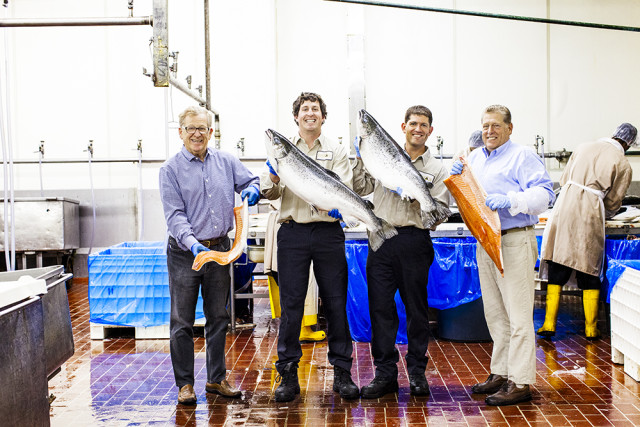 The men behind Acme Smoked Fish, one of the 110+ craft food and drink makers featured in “Made in Brooklyn.” Photo: Heather Weston

The words “Brooklyn made” already bring to mind an image of an artisanal treat or object, something lovingly handcrafted, and perhaps a bit twee. But the book, Made in Brooklyn, from the director of POWERHOUSE Arena, Susanne König, and the co-author of The New Brooklyn Cookbook, Melissa Schreiber Vaughan, brings to life all the people behind the borough’s most beloved artisanal scene—the craft food and drink movement. The visually pleasing, cocktail table-destined book is filled with colorful portraits of more than 100 local distillers, chocolatiers, tortilla makers, brewers—you get the picture. What is surprising, however, are the number of old-school purveyors like Fox’s U-Bet, Sahadi’s, and Ba-tempte, who were doing their thing long before we developed a taste for small-batch bitters. Given that this is a POWERHOUSE book, expect an especially fun book launch party on Thursday night with tastings from the food and drink makers featured in the book, beer from Brooklyn Brewery, and a panel talk with the owners of BAKED, Butter&Scotch and People’s Pops, moderated by Gaia DiLoreto of By Brooklyn. RSVP if you plan on going. 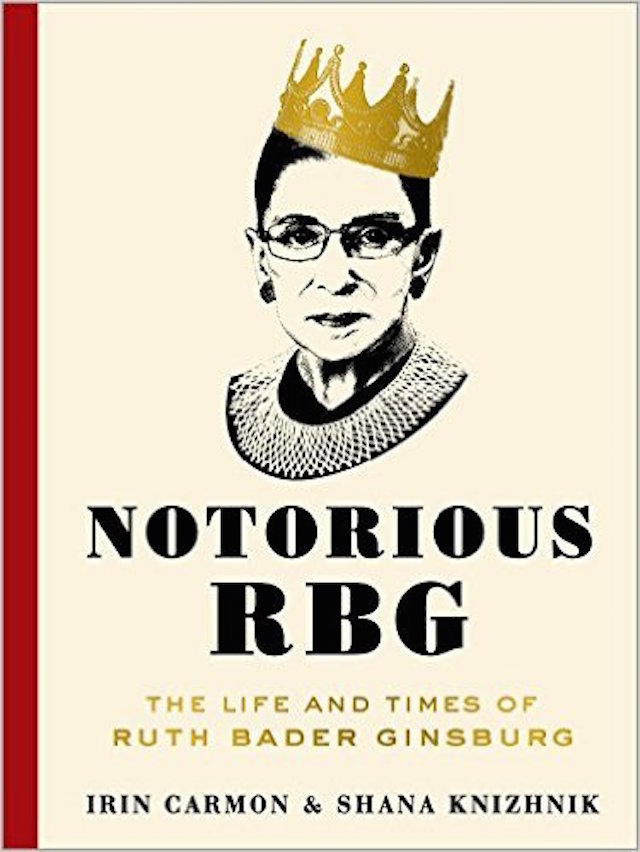 Celebrate one of the coolest ladies around at the Fishs Eddy’s party to celebrate the release of the Notorious RBG book– there will be a costume contest!

The only thing better than one Ruth Bader Ginsburg is dozens of them, and that’s what you’ll encounter if you head Manhattan-way on Friday night for what is sure to be one of the more surreal book parties that the city has ever seen.  Fishs Eddy is hosting a book signing/Q&A and costume party to celebrate the release of Notorious RBG: The Life and Times of Ruth Bader Ginsburg, the Tumblr-turned-book about everyone’s favorite Supreme Court Justice and BAMF. Come dressed in your best RBG costume (crown, glasses, and ruffly jabot required) and hear from co-authors Irin Carmon and Shana Knizhnik as they discuss the earliest days of the Notorious RBG movement with Buzzfeed editor Adam Serwer. Admission is free, but be sure to RSVP here. Doors open at 7:30pm. –N.R. 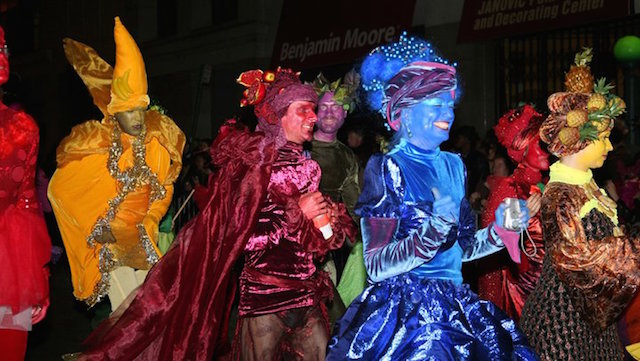 Saturday is Halloween, and you’ve got a lot of options of places to go and costumes to see. Photo: New York City Halloween Parade

Much to the chagrin of the people in my life who are over the age of 12 and who hate dressing up, Halloween is my favorite holiday and I make a pretty big deal of it every year. If you are similarly on board for costumes, candy, and creepy stuff, there’s a wide array of activities going on around Brooklyn this Saturday to keep you busy from morning ’til night. First up, head to Fort Green Park with your favorite costumed furball for the 17th Annual Great PUPkin costume contest. Register your fuzzy friend starting at 11am and you could win some amazing prizes from local merchants, or just get some Instagram-worthy shots of other people’s doggies in costume. Starting at 2pm, Greenpoint’s The Diamond will be giving out free beer and candy for anyone in a costume, which is kinda like trick-or-treating if you take away all of the sketchy knocking on strangers’ doors business. The Grand Prospect Hall’s Bavarian Beer Garden is hosting a day-into-night Halloween party with costume and pumpkin carving contests for adults and kids, and Three’s Brewery has a Noche de los Muertos party going on that features tacos, tequila, pinatas, and more. Gemini & Scorpio is hosting a late-night Masquerade Macabre at Livestream Public, which will include absinthe, live music, dancing, circus arts, and costumes that skew a bit darker than your average Pizza Rat getup. There are also a ton of options to scour at dance party site YDH2S.com. If you are a strictly no-costume sort, you might want to check out the Makossa Bk Pajama Jammy Jam at Berg’n– all you’ll need is a pair of sweats or PJs and the desire to dance all night to DJ sets. But really, guys, why not embrace the costume thing–it’s one night a year–and head into the city for the always impressive Greenwich Village Halloween parade on 6th Ave? Maybe you’ll get inspired to come up with a new costume for yourself for next year, but at the very least you’ll be wowed by the energy and creativity of your fellow New Yorkers. –K.H. 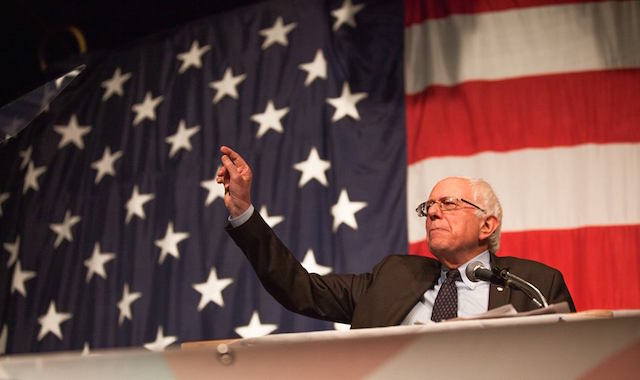 Berniefest, a comedic fundraiser for the Sanders campaign, is a good opportunity for one last hurrah at Cameo before it closes next month. Photo: Bernie Sanders

We’re not quite ready to go all in for any one of the presidential candidates just yet, but we will always endorse events that sound like they’ll be a super good time. This Sunday, Cameo Gallery is turning the space over to Bernie Sanders supporters for Berniefest, a comedy show and fundraiser for the U.S. Senator from Vermont who is having a bit of a moment. Drop by to catch sets by big names in comedy, including Janeane Garofalo (Wet Hot American Summer), Mark Normand (Inside Amy Schumer), Matt Koff (The Daily Show with Jon Stewart), Mike Drucker (The Tonight Show), and a slew of other very funny people. Meanwhile, Brooklyn for Bernie Sanders will be on hand to register people to vote in the upcoming election and to hook attendees up with all the Bernie swag they could ever want. Don’t get “Berned”: Purchase your $8 tickets here. Plus this might be your last hang at Cameo– the storied Williamsburg venue recently announced that it is shuttering next month.  Doors open at 7:30pm. –N.R. 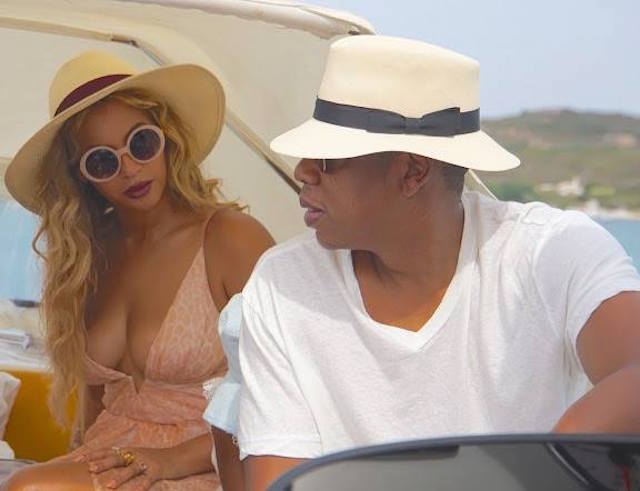 Thursday’s Lit event, which is dedicated to Jay Z and Beyonce, will satisfy both the glitterati and the literati. Photo: Beyonce

If you usually think of book and poetry readings as staid affairs for pretentious types but still want some literary enlightenment, maybe Lit will fit the bill. The self-described music & reading series will have its seventh gathering on Monday night, and the entire evening will be focused entirely on America’s unofficial First Couple:  Jay Z and Beyoncé. Head to Friends & Lovers for an evening of fiction, nonfiction and poetry inspired by and dedicated to Bonnie and Clyde ’04 and then dance to your heart’s content. Admission is free, and the smarty party starts at 8pm. –N.R.

This week is mostly taken up with Halloween for those of us located stateside, but don’t forget that it’s also time to celebrate the Mexican Day of the Dead, which has another set of food, costumes, and traditions to honor. Get into it at FONDA’s Dia del los Muertos dinner party on Tuesday night, featuring a six-course meal prepared by special guest chef Roberto Solis. Chef Solis hails from Yucatan, where his restaurant, Nectar Food & Wine, has earned wide acclaim for its innovative, delicious food. Tickets include cocktail and wine pairings and are $75 apiece, and dinner will be served at 7:30pm. –K.H. 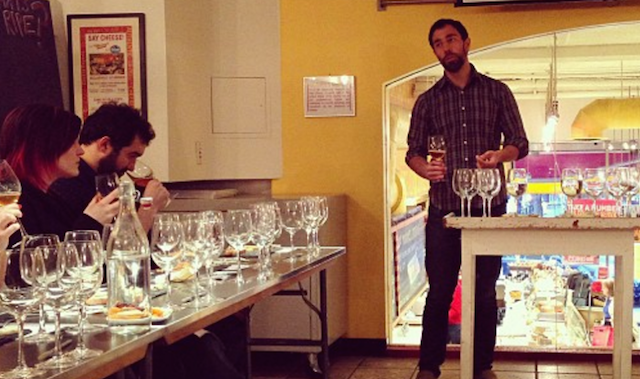 Sign up for a Bestest beer tour to learn everything you need to know to take advantage of all the great beer-drinking opportunities around us. Photo: Orr Shtuhl

Everyone knows there is no shortage of great places to drink beer in Brooklyn, but the insane proliferation of craft brewing can make for some intimidating tap lists for those of us who don’t have day jobs in the industry. If you wish you knew enough to peruse those interminable menus with confidence, then Orr Shtuhl, a beer expert who has taught classes at Murray’s Cheese and the Bedford Cheese Shop and written on the subject for the likes of Serious Eats and NPR, is your guy. Shtuhl recently opened his own beer tour business, The Bestest, which is dedicated to  sharing his wealth of knowledge with the rest of us. This Wednesday evening in South Greenpoint, the very first tour kicks off at 7pm. For two and a half hours, crawl from bar to bar, drinking beers at every stop and learning all about the history of each venue and how to navigate the choices on tap. Tickets are available here, and we’re thinking this might be a good holiday present for someone on your list who is otherwise impossible to shop for. –K.H.