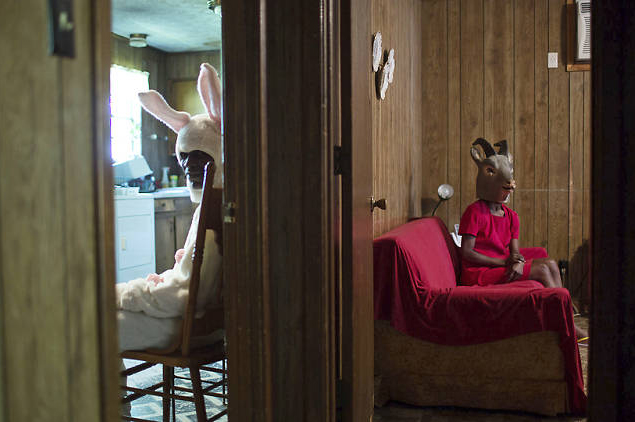 After we fall back out of daylight saving time this Sunday, the light will, once again, dim by 5pm. Don’t let your couch and your Netflix account hold you hostage this month, though–there’s so much more than Outlander and delivery out there for you. Here are 10 events, exhibits, openings and releases taking place over the next 30 days.

10. An incestuous love triangle sits at the center of Arthur Miller’s A View from the Bridge, which is once again getting the Broadway treatment. This time, Belgian director Ivan van Hove is at the helm, and he’s asked actors Mark Strong, Nicole Walker and Phoebe Fox to bring some humanity to Miller’s classic tale of fatal familial attraction—played out in a tiny Brooklyn apartment. It will be no easy feat, but if the successful runs in London as well as multiple Olivier Awards are any indication, this cast is up to the challenge. 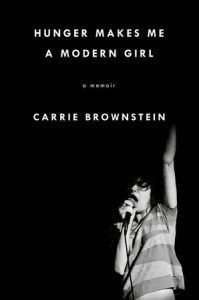 9. For the most part, hunger just makes me angry, but for Carrie Brownstein, one of the frontswomen from Sleater-Kinney and co-creator of Portlandia, it makes her a modern girl—or so says her just-released memoir, which technically came out on Tuesday. The book’s cover is giving me a solid Just Kids vibe, and if the subtle nod to Patti Smith’s formative first memoir carries over to its text, it will be another page-turner to add to your mantle.

8. Depending on your mainstream pop-culture predilections, Nov. 20 will be a day to mark on your calendar for one of two reasons—either because you’ll be queuing up at midnight to see The Hunger Games: Mockingjay – Part 2 (pretend like you won’t, it’s fine); or you will be downloading, 25, the long-awaited new album from Adele, which you will secretly or brazenly be listening to on repeat. As an added bonus, Adele will be the musical act on SNL Nov. 21 in case you want to sing-cry along with her heartbreak ballads into your computer screen on Saturday night. The choice is yours, and may the odds be ever in your favor.

7. Earlier this month we wrote about an amazing fall series at the New York Public Library pairing creative luminaries from many different fields with poets. On Nov. 17 at 7pm Gabrielle Hamilton, the chef behind the stove at Prune and the author of Blood, Butter and Bones, will speak with Kevin Young, an Atlanta-based poet who often writes about food. This conversation is guaranteed to breathe fresh life into the tired way we talk about all things edible. Tickets are free, but must be reserved in advance. 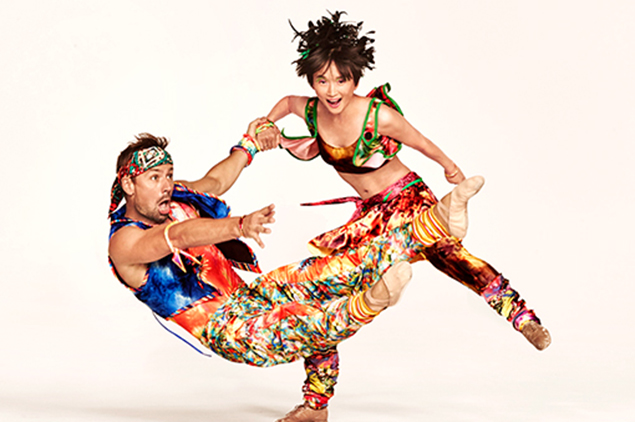 6. When I first moved to New York and was still trying to find my footing as a freelance writer, a friend recommended I read Twyla Tharp’s The Creative Habit, which was all about putting your passions into practice. Few creatives have been quite as successful at this process as Tharp herself who celebrates her 50th year as a dancer, choreographer and one of the city’s most imaginative spirits this month by showing all new work at Lincoln Center starting Nov. 17. 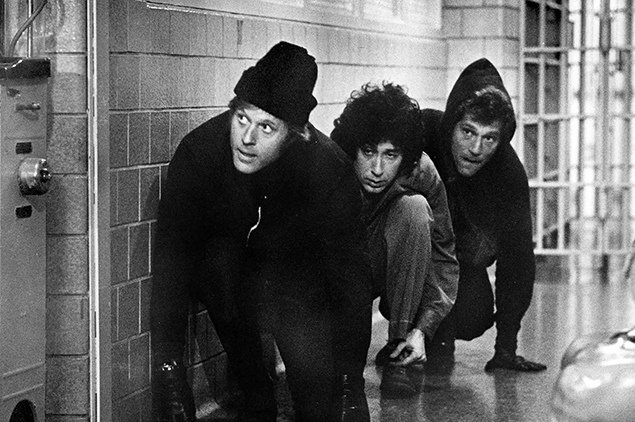 Watch Robert Redford attempt to steal a rare diamond from Brooklyn Museum at a screening of The Hot Rock at Film Forum. Photo: Film Forum

5. For November, Film Forum, as part of the New York Comedy Festival, has asked some of its favorite comedians, and mine, to curate a film series. On Nov. 14 Janeane Garofalo will present a screening of The Hot Rock, a classic heist caper flick from 1972 starring Robert Redford, George Segal, Paul Sand and Ron Leibman, who together form an unlikely cadre of jewel thieves trying to steal a rare diamond from the Brooklyn Museum.

Ralph Lemon takes a multidisciplinary look at American archetypes of black women this month at The Kitchen for his installation Scaffold Room. Photo: Ralph Lemon

4. Brooklyn has its own bounty of experimental performance spaces, but this month, it’s worth taking a trip to Chelsea to spend some time at The Kitchen to see Scaffold Room, Ralph Lemon’s hybrid, visual/musical/performance/lecture exhibition that’s exploring the archetypes of black women in American culture. Its aim is to investigate issues of power, sexuality and identity and will run through Dec. 5, but I don’t recommend waiting to see it. 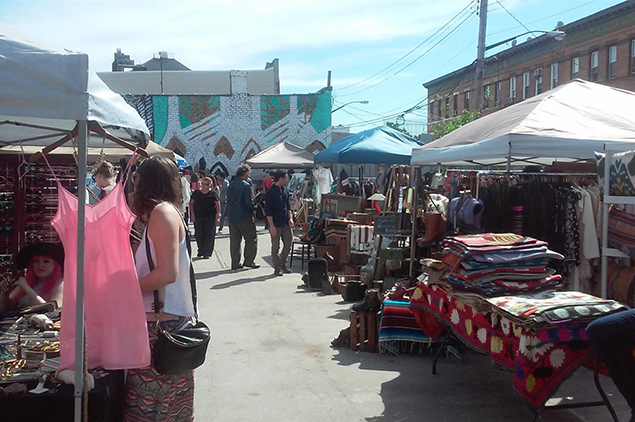 3. If you thought your weekend jaunts to outdoor flea markets were over for the season now that the Brooklyn Flea has headed indoors, it’s worth taking a trip to Wyckoff and Willoughby avenues to peruse the stalls of the newly started Bushwick Flea. Along with over 25 vintage vendors, the newest market is also promising live music on Sundays—until it’s too cold. Right now, it’s open from 10am to 6pm on Saturdays and Sundays. Too soon to tell what kind of treasures might be pulled from the piles, but it’s worth layering up to have a look. 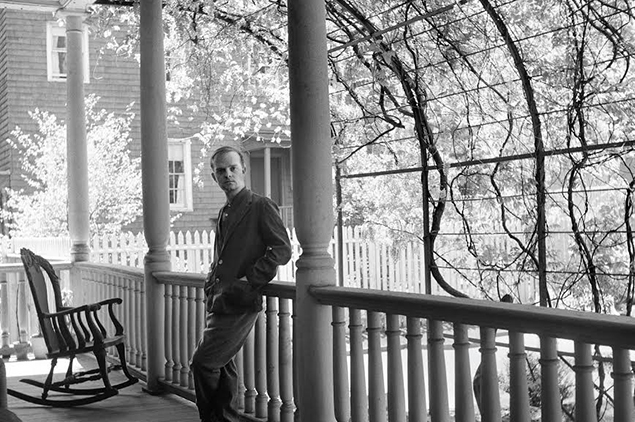 Get a glimpse at a never-before-seen portrait of Brooklyn Heights through the words of Truman Capote and the lens of photographer David Attie, when Brooklyn: A Personal Memoir by Truman Capote is released later this month. Photo: David Attie

2. Brooklyn has been home to many a cultural luminary, but it’s the recent discovery of long lost photos of Truman Capote’s time in Kings County—the writer lived on Willow Street in Brooklyn Heights during the ‘50s and ‘60s—that has the literary world’s attention this month. On Nov. 11, Brooklyn: A Personal Memoir by Truman Capote is being released. The book pairs Capote’s 2001 essay, Brooklyn Heights: A Personal Memoir, with never-before-seen portraits of the borough as it was half a century ago taken by David Attie to accompany the original essay. The book is as much a love letter to BK as it is a historical time capsule, and you can hear more about its backstory at powerHouse Arena on Nov. 11. 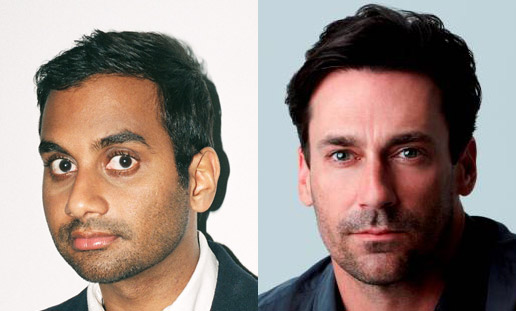 Preview Aziz Ansari’s new Netflix original series Master of None and here a conversation between the comedian and actor John Hamm at 92Y on Nov. 2. Photo: 92Y

1. If you’ve ever wondered what would happen if you got John Hamm and Aziz Ansari in a room together, than I suggest you make your way to 92Y’s Kaufmann Concert Hall on Nov. 2. The two funny fellows will be discussing Ansari’s new Netflix original series, Master of None, about a 30-year-old aspiring actor (Ansari) in the throws of an existential crisis, albeit a comedic one, which premieres on Nov. 6. In addition to his conversation with Hamm, there will also be an advanced screening of the first two episodes of the show.