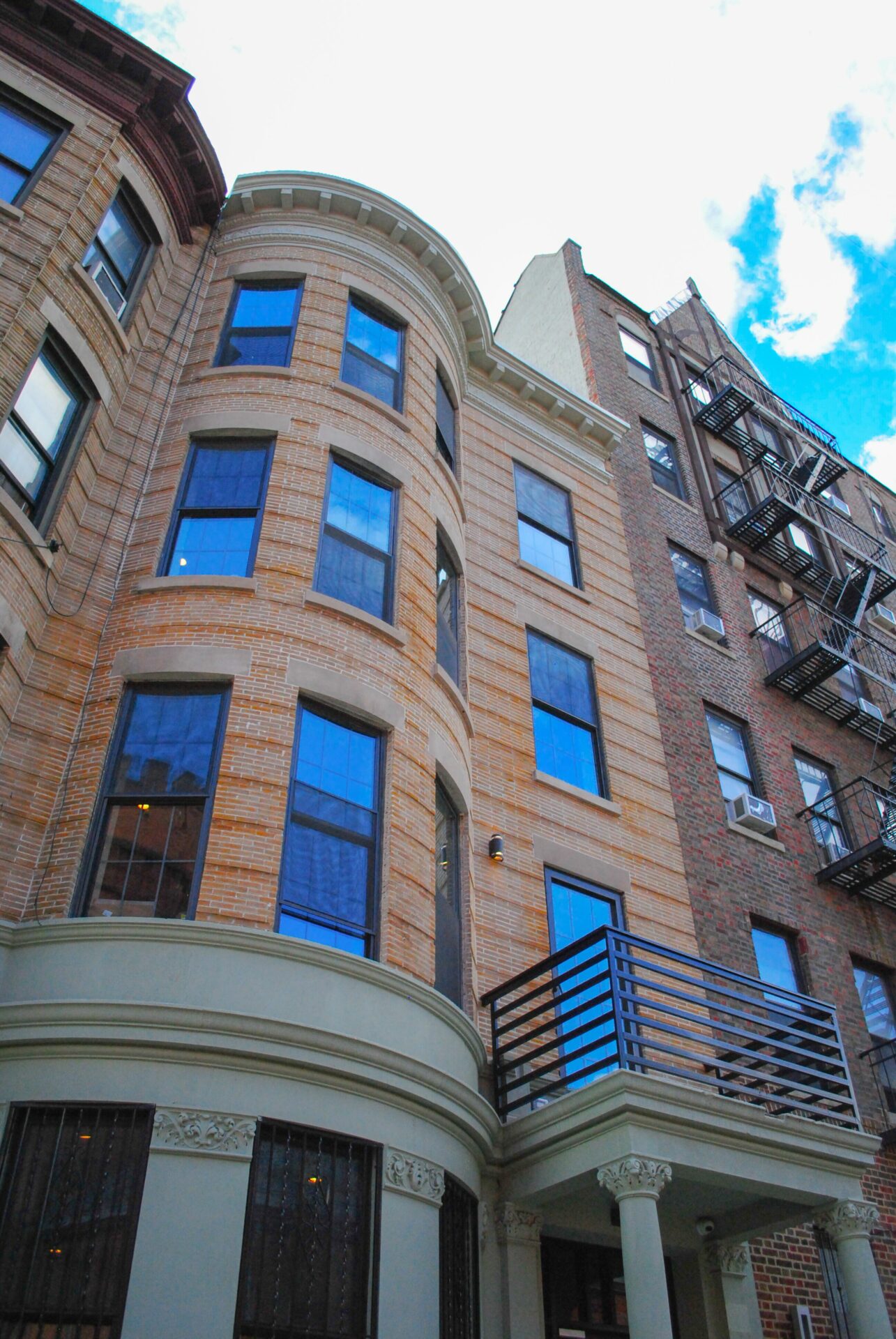 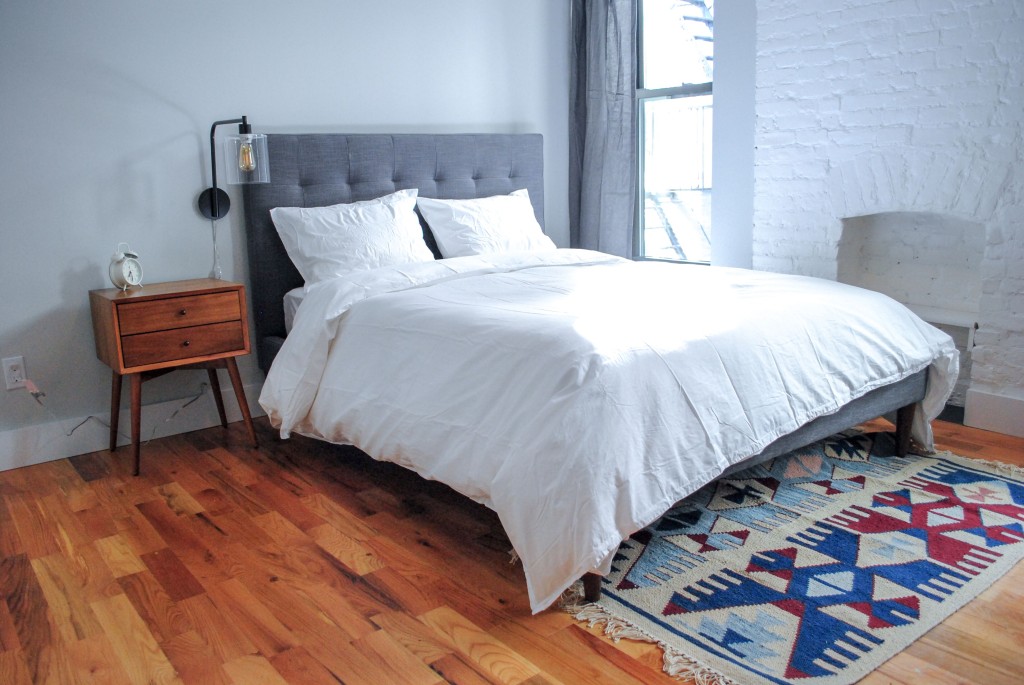 What a room of one’s own looks like at Common. Photo: Common

Five years ago, co-working was a burgeoning concept and the trailblazing start-ups synonymous with it were just taking hold in New York. Fast forward to now, and the co-working model shows no signs of slowing down as the sharing economy makes it easier for more of us to embrace the freelance lifestyle. It makes sense then that the shared space market is expanding into the business of communes, or technically speaking, co-living.

Brad Hargreaves, founder of the tech education start-up and one of the original shared office spaces, General Assembly, has branched into real estate with his new co-living venture Common. Hargreaves has seen firsthand the need for shared housing. “One of the many challenges General Assembly students face when they come to New York is where to live,” he explained. “Many students are recent New York transplants looking for a place to live and a community to plug themselves into.” That’s where Common comes in, a dorm-like house that’s eerily similar to MTV’s The Real World (minus the TV cameras and the confessional and more than twice as many roommates).

Potlucks in the communal dining room are part of the Common experience. Photo: Common

The first Common building opened at the beginning of October in a Crown Heights brownstone at 1162 Pacific St, and the second one, which began accepting applications on Nov. 5, will open down the block in December. Hargreaves has said his goal is to get at least a dozen in the neighborhood overall, and his won’t be the only co-living empire in New York. WeWork has plans to introduce WeLive to Wall Street; a new shared suite development called Ollie will open somewhere in NYC in the next few years; and the dorm-style apartments at Pure House in Williamsburg have been hosting residents for over a year.

The idea is simple: flexible housing in a communal space. In Common’s case, it’s targeted at people new to the city who can afford to live on their own but choose not to. Rent at 1162 Pacific costs $1,800 or $1,950 a month for one of the 19 bedrooms, which are split among four suites. The second building, in which rents start at $1,500, has nine bedrooms. Both residences offers all the perks of living with others, minus the hassle. “We wanted to remove the conflicts that arise from having roommates—cleaning, doing laundry, splitting utility bills,” said Hargreaves. Enter the top-notch amenities: the rooms are fully-furnished with pieces from West Elm and Restoration Hardware, there’s a weekly cleaning service and free on-site laundry, as well as a never-ending supply of bulky necessities like toilet papers and garbage bags.

No long-term commitment is required among members, but despite its flexibility and amenities, Common isn’t meant to be an extended-stay hotel. “We selected members that want to be active in the house,” said Hargreaves of the 300 applicants who applied to the first residence. Members have to give a 30-day notice before they move out. “Most of our members don’t have an end date set,” he said. It’s meant to feel like a home rather than a four-star boarding house, and as such, there are potluck dinners in the communal kitchen every Sunday. 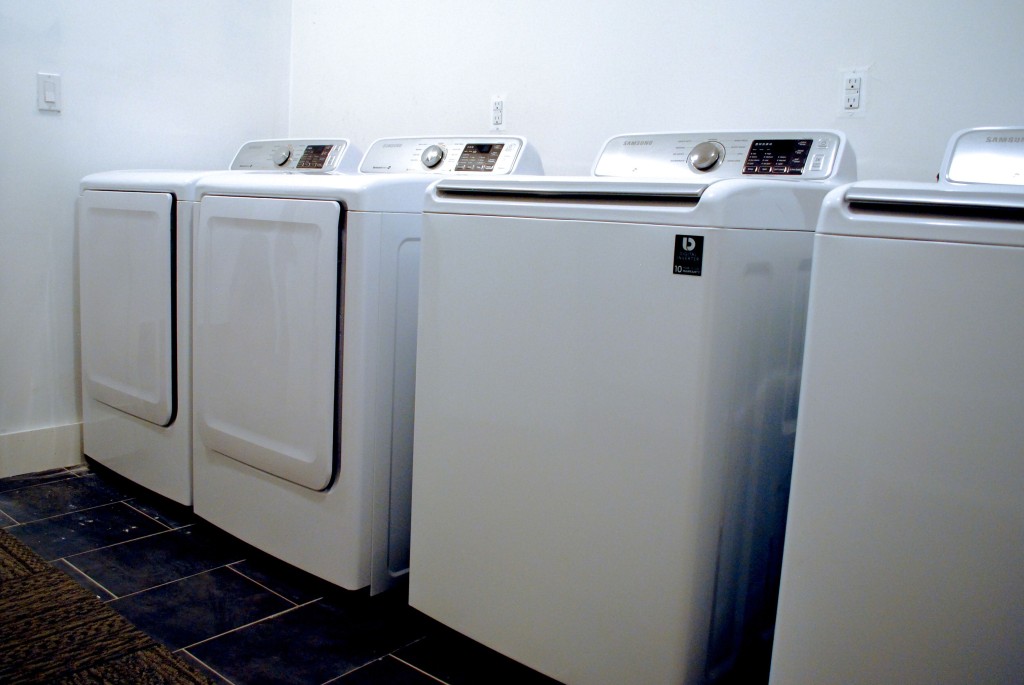 Living the dream with free laundry on site. Photo: Common

One might expect that Common’s kinship to General Assembly draws a tech crowd to its rooms. That’s only partially true, said Hargreaves, who would not provide contact information for any of the members out of respect for their privacy. (He did offer that only two of the 19 members are GA students.)  We tried contacting several members who mentioned on social media that they were co-living at Common, but no one was willing to comment on their new digs. At least one, however, explained his reasoning for choosing Common in a conversation on Twitter with venture capitalist Hunter Walk. In response to Walk’s observation that people “often can’t relocate for new jobs [because of] mortgage/sales/lease friction,” an entrepreneur from Columbus, OH replied that moving into Common solved this problem for him.

So why Crown Heights? Hargreaves found that the Brooklyn neighborhood has a sense of culture that isn’t present elsewhere, especially in some parts of Manhattan. “It’s a friendly neighborhood with a sense of community,” he said. “People recognize each other on the street.” It’s also a quickly gentrifying place–1162 Pacific St. is across from the 23rd Regiment Armory, which doubles as a men’s homeless shelter, a point that isn’t lost on critics who rail against Common for exacerbating the housing gap.

With new restaurants and bars opening up every month, Common members appear to be taking advantage of their options based on the Instagram shots of dinners catered by local restaurants like Gladys. Looking at these images, which include scenes from a spectacular Halloween party on a boat, the benefits of being a “Commoner” clearly extend beyond their well-appointed brownstone. You could find a shared living situation in Crown Heights for far less, but no other roommate is going to arrange parties for you.