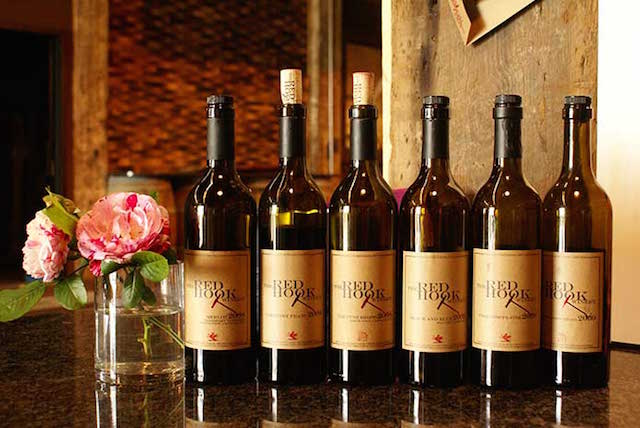 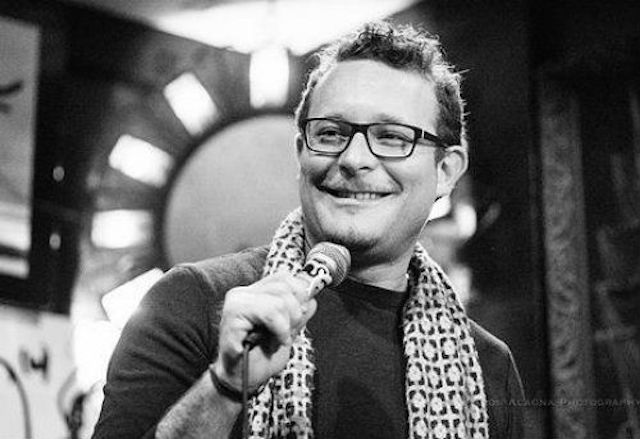 Hello, Brooklyn! Well, here we are again–another Wednesday, another awesome lineup of events going on around here over the course of the next week for you to choose from.

As luck would have it, we are smack dab in the middle of the 2015 New York Comedy Festival, which means that there are some pretty big names performing at venues all over town between now and Sunday. Although some the big ticket shows at BAM, Madison Square Garden, and King’s Theater are mostly sold out, there’s still lots of great comedy to see and the secret is that the smaller, more intimate acts are usually a lot more fun (and less of an assault on your bank account) anyway. Tonight, for example, Littlefield is hosting the likes of Chris Gethard, Ilana Glazer, Brooke van Poppelen, and more for $8 a ticket, and you can see rising star and Earwolf staple James Adomian at LIC’s Creek & Cave tomorrow night for just $10. Ticket prices and availability vary, so check out the lineup here for a full list of what you can still get in to see.

Beer lovers should block of Thursday night for the rager that Bushwick’s The Well is throwing to celebrate its first anniversary. This is not your typical crappy keg party either–the bar’s already impressive 60-tap list will be even further improved with the addition of some truly rare brews that are being trotted out especially for this occasion. There will also be food from the wood-fired oven, a raffle, corn hole, DJs, and a two-for-one drink special running all night long.

For a more wholesome Saturday, grab your favorite kiddo and head over to the Brooklyn Museum for the ninth annual Children’s Book Fair, running from noon to 4pm. Featured events include readings and drawings with the authors and illustrators behind popular titles like The Bear Ate Your Sandwich, Grandma in Blue with Red Hat, and Extraordinary People.

You can give yourself a pat on the back for being financially and environmentally responsible by swinging by the Stop N Swap event at PS 75 Bushwick from noon to 3pm. You can drop off anything you are looking to get rid of and help yourself to whatever is available–all for free. How much use are you getting out of that juicer anyway?

For more tips on what to do with your (hopefully plentiful) free time between now and next week, read on and start planning Your Ideal Week.

Claire Matson and Irene Fagan Merrow team up to host the 8th Annual Thanksgiving Pageant on Thursday night and there will be pie, so get your elastic waistband pants ready! Photo: Claire Matson

Nothing says Thanksgiving like a pageant, right? But thankfully, instead of elementary schoolers in pilgrim hats fighting off stage fright, the pageant we’re talking about involves some semi-famous funny and creative Brooklynites showing off their myriad talents. This Thursday night, head to Bushwick Public House to see local comedians and storytellers put on their twisted version of a the school show we all lived through in our youth at the 8th Annual Thanksgiving Pageant. With Claire Matson (College Humor/Funny or Die) and Irene Fagan Merrow hosting, comedy circuit regular Aparna Nancherla will delight with a standup set, True Jeggings will amaze with an improv performance, and Mark Stoll and Matt Radlow (UCB) will dazzle through  the art of storytelling and music, respectively. Admission is free and apparently there will be pie. Doors open at 7:45pm. –N.R. 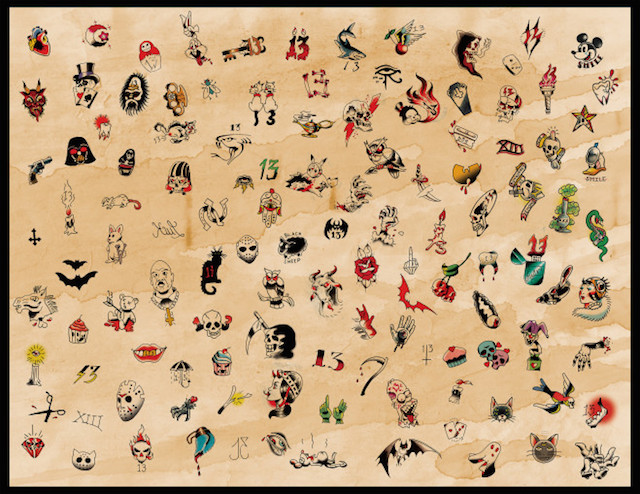 Get a lucky Friday the 13th tattoo for cheap at one of many participating shops across the borough. Photo: Body Art & Soul

Fun fact: If the first day of the month falls on a Sunday, a Friday the 13th is guaranteed. This is one of those months, and on this Friday the 13th, tattoo shops across the city will have flash days for the daring and not-so-superstitious among us (and hey, even if you feel a pang of friggatriskaidekaphobia, the solution might be to face it head on by getting inked). If you’re in East Williamsburg, the artists at Body Art & Soul are offering your choice of more than 100 tattoos for just $20 along a pop, with $13 nose piercings. Bushwick’s Gnostic Tattoo and Crazy Monkey Tattoos are also participating in the flash day tradition, although the details of their deals are still being ironed out. Over in Clinton Hill, Abuela’s Tattoo Parlor (formerly Myrtle Ink) will have more than 80 designs to choose from for $20 each, while further south, Midwood’s Citizen Ink will keep it strictly black-and-white for the same price. Head to each shop’s Instagram page for a preview of what will be available or call up your favorite tattoo artist to see if he or she will be participating. And don’t forget to send us pics! –N.R. 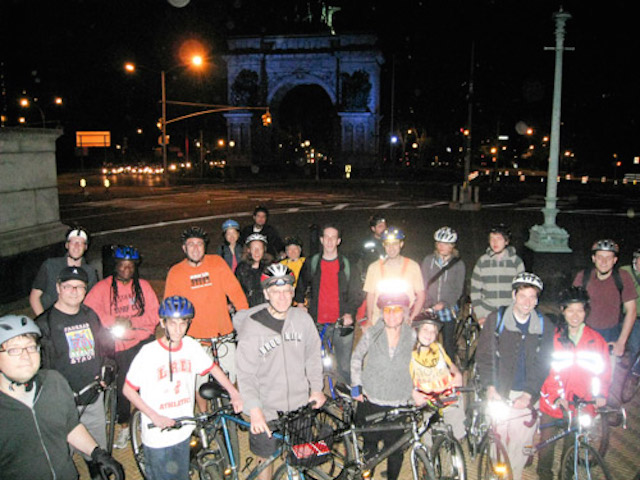 You know what’s even better than a bike ride through Prospect Park? If, on said bike ride, you’ve got the whole road to yourself and everything is illuminated by moonlight. To give everyone a taste of that cool and different experience, Time’s Up organizes free monthly Moonlight Rides, and there’s one scheduled for this Saturday. Make sure your bike lights are in working order and head over to the Grand Army Plaza entrance at 9pm to meet up with other cyclists who aren’t afraid of a bat or two and want to explore Brooklyn’s amazing crown jewel in the dark. –K.H.

If a trip to Red Hook Winery’s waterfront tasting room has been on your weekend bucket list for a while but never seems to actually happen, Sunday is a great time to finally visit. That’s because our venerable hometown vintners will be hosting Napa-based Scholium Wines in a head-to-head, East Coast vs. West Coast Shootout. The contest will consist of six rounds of wine tasting from 7-9pm, with each winery offering up one of its wines per round for a face-off competition. So that’s twelve different bottles to taste for the price of a $25 ticket? Make sure you decide in advance where you are going to track down an egg and cheese sandwich on Monday morning– you’re gonna need it. –K.H. 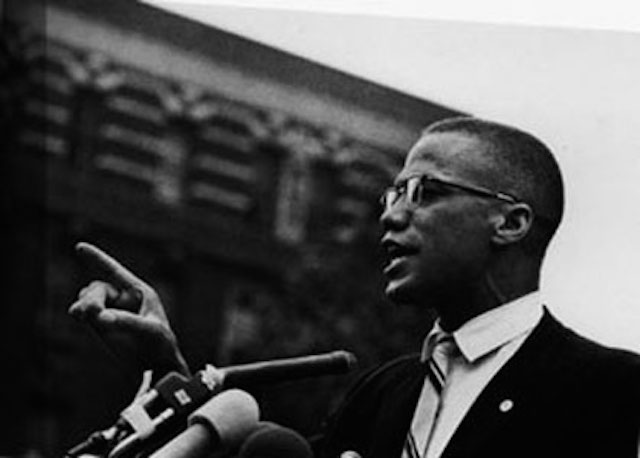 Learn about Malcolm X’s influence in Brooklyn at a special talk on Monday night at Brooklyn Historical Society. Photo: MalcolmX.com

Even though Malcolm X is most frequently associated with Harlem, his legacy lives on and continues to resonate deeply in Brooklyn, where he once helped to establish a mosque and successfully campaigned for people of color living in the borough to open their own businesses. If you want to learn more about Malcolm X’s work and influence on this side of the East River, join The Brooklyn Historical Society’s oral historian, Zaheer Ali, this Monday night at 6:30pm for a discussion about the legendary figure. Ali is an expert on the subject matter, having worked on Columbia’s Malcolm X Project and conducted his own graduate research, so expect to be exposed to some valuable new information. Admission is free, but you’ll need to register, and seating is first come, first served. –N.R. 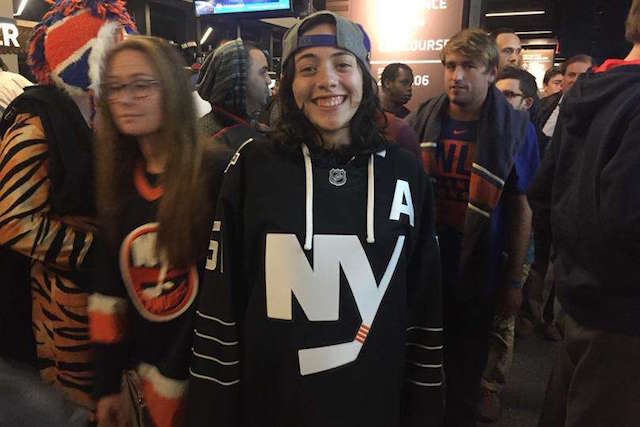 Get all the info you need to be a New York Islanders superfan on Tuesday night at the Rock Shop. Photo: Islanders

World Series? What World Series? It was just a week and a half ago, but who among us can really even remember who played it in (the Mets) or what happened (GAH!)? If you are still dusting yourself off from that debacle, maybe it’s time to find a new target for your obsessive fandom. And, if that’s the case, it’s pretty handy that Brooklyn all of a sudden has its very own hockey team! As our Islanders they lace up for their first season at the Barclays Center, The Rock Shop is giving you the opportunity to learn everything you need to know about the squad at a special event this Tuesday night. PuckTalks Live, the Islanders edition, will bring together former players (including four-time Stanley Cup champ Clark Gillies), sportswriters, broadcasters, and superfans for an evening of storytelling, Q&A, and debate that will make an expert out of you for the reasonable price of a $20 ticket. Go Isles! –K.H. 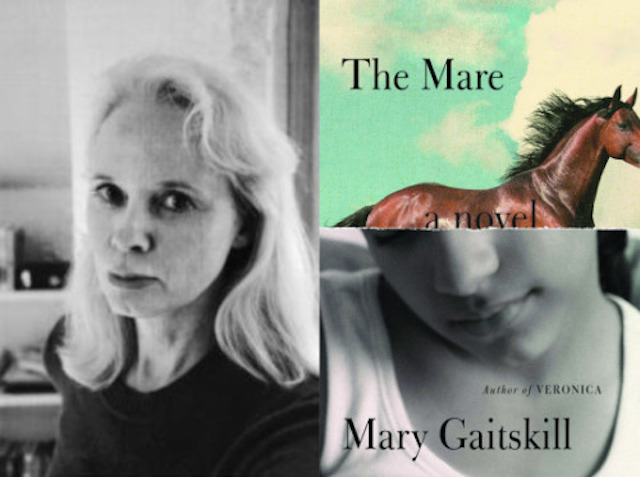 Writer Mary Gaitskill is appearing at the Brooklyn Public Library on Wednesday to promote her highly anticipated new novel, The Mare. Photo: Brooklyn by the Book

Wednesday, November 18
It’s been six years since novelist Mary Gaitskill published her last book, Don’t Cry, and this month’s release of her latest, The Mare, is hotly anticipated by her legion fans and admiring critics. The novel’s protagonist, Velveteen Vargas, is a Fresh Air Fund kid from the inner city who gets sent upstate for the summer to live among horses and her malcontent, artistic host family. According to advance press, the book will be one of the stars of the season, and it tackles racial and socioeconomic issues with all the power and nuance that Gaitskill’s writing has come to be known for. Brooklyn By the Book is hosting a free reading and signing with the author on Wednesday at 7:30pm at the Dweck Center in the Brooklyn Public Library. Sign up here to register for free. –K.H.