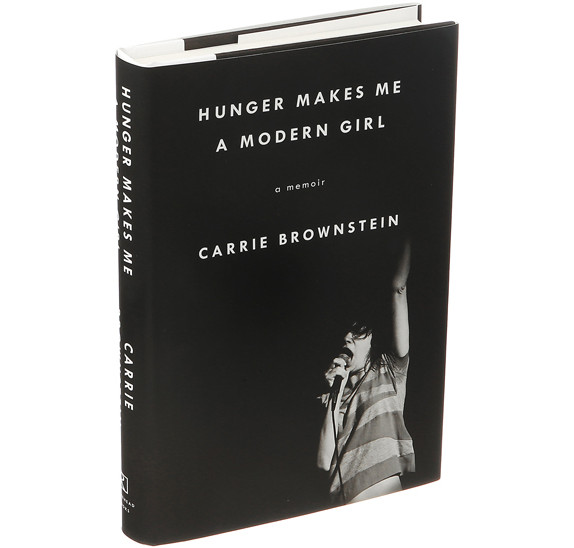 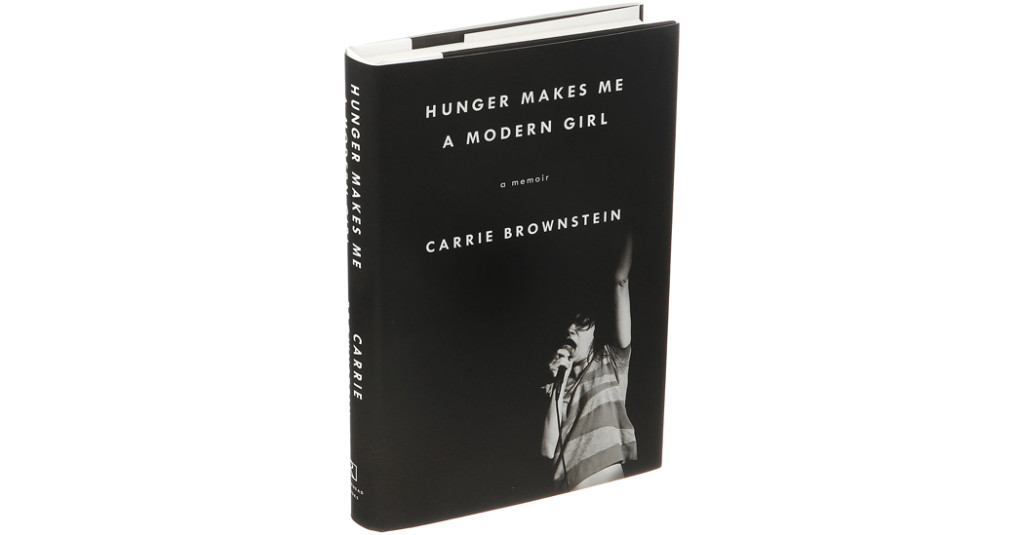 Carrie Brownstein’s new book, Hunger Makes Me a Modern Girl, is an intimate, unapologetic welcome into the inner orbit of Sleater-Kinney, one of the most formidable rock bands of our time. Part bildungsroman, part self-portrait, Carrie (we’re on a first name basis, now, at least in my head) leads us along the winding, and often difficult path of her career to date–or should I say, careers. She is no singular talent, and her memoir makes it clear that no one creative outlet could satisfy her desire to explore.

A sense of longing or, perhaps more to the point, hunger, is the thread that successfully unifies this tale, starting with Carrie’s complicated childhood in Redmond, WA to her 42-year-old self living and working in Portland, OR. She longs to belong, to be heard, to understand, to be understood. It’s often heartbreaking to read her narration of struggling with this need, through depression, isolation and anxiety, reminding us that even when you are seemingly on top of the world, that world can feel like a garbage heap.

It’s not all an indie rock pit of despair, though. Carrie expresses a great deal of appreciation for Sleater-Kinney, and it is clear throughout Hunger that without an incredibly strong three-way collaboration, this band could never have become what it is now. Of course reading Hunger Makes Me a Modern Girl makes you want to go back and re-commit yourself to exploring the Sleater-Kinney vault, or, if you’re not already a fan, delve into their catalogue.

One particularly powerful section deals with how the trio made the 2005 album, The Woods.

“We stayed in the house attached to the recording studio, where we felt isolated, entrenched in wholly immersive and insular experience. The intensity never let up: we ate and slept and breathed music. While one of us was cooking, the others would continue working, then we’d all eat together. After a full day of recording, we’d go up to our rooms and watch movies or TV shows until four a.m. We watched music documentaries and burned through Freaks and Geeks. We played Led Zeppelin records and read. We were too wired and rarely slept.”

It’s often surprisingly boring when musicians detail the backstory behind the making of an album, but I found so much illumination in this passage. The Woods (the title of Hunger is a lyric from that album) has a huge, kind of epic sound that split from the band’s earlier albums like One Beat, and it just makes so much sense to me after reading about the process of making the record.

Hunger is not all about Sleater-Kinney. Carrie outlines her quest to understand her role as a daughter, lover, writer, performer, pet-owner, volunteer, and almost above all else, a true music fan. To fill the void left open by her hunger, Carrie spends a lot of time helping us understand her worldview: that of a devout fan always looking to swallow sound and spit it back out for others to absorb.

And, don’t expect a love letter to Fred Armisen, nor a blow-by-blow account of the creation of Portlandia. But do expect a love letter to Corin Tucker and Janet Weiss. And to all the fans who have continued to believe in the power of three incredible musicians to shred, kick and scream, loud enough to be heard in an ocean of sound.