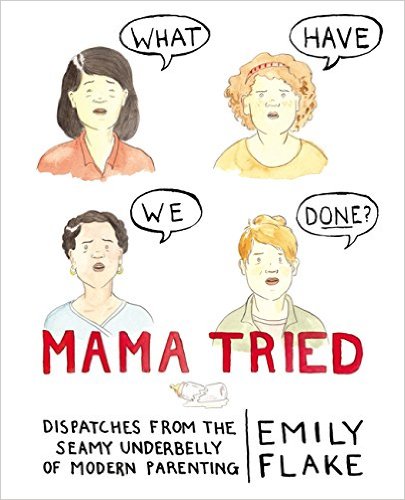 Lately my nine-month-old, who is usually a champion sleeper, has taken to engaging in a nightly ritual where he wakes up at 3am on the dot and really just wants to hang. At first I tried to soothe him back to sleep in his crib, but he’s not actually hungry or scared or wet — he’s just pumped. I’ll bring him into our bed, hoping that he’ll fall back asleep and he’ll crawl around, pulling our hair and digging his sharp little toes into our backs and bellies. After a little while he inevitably puts his face right up against my face and breaks into a huge smile, usually with a loud squeal of delight.

He just loves the world so much and that is amazing. It’s also amazingly annoying when he expresses it at 3am. The only thing that makes it bearable the fact that my husband and I call it the “baby party” which in our current state of sleep deprivation is humorous enough to to take the edge off.

All of this self-indulgent mom talk is to say that laughing at the shitshow that is having kids as well as at the insane modern parenting culture that we participate in, at least occasionally, is really the best way to cope with all of it. To that end, please pick up a copy of Emily Flake’s hilarious new book, Mama Tried.

Flake, who I should mention is the friend of a friend (I met her at a party once and I was a total weirdo because I was freaking out about being the breastfeeding mom at a BBQ in Bushwick), hones in on the sanctimony surrounding modern child-rearing with unsparing honesty. This book is going to divide parents into two camps–people who relate to it and are just so grateful to know they’re not the only ones who find parenthood weird, gross and absurd at times, and people who find Mama Tried weird, gross and absurdly offputting. These two groups should not socialize or use the same message boards. 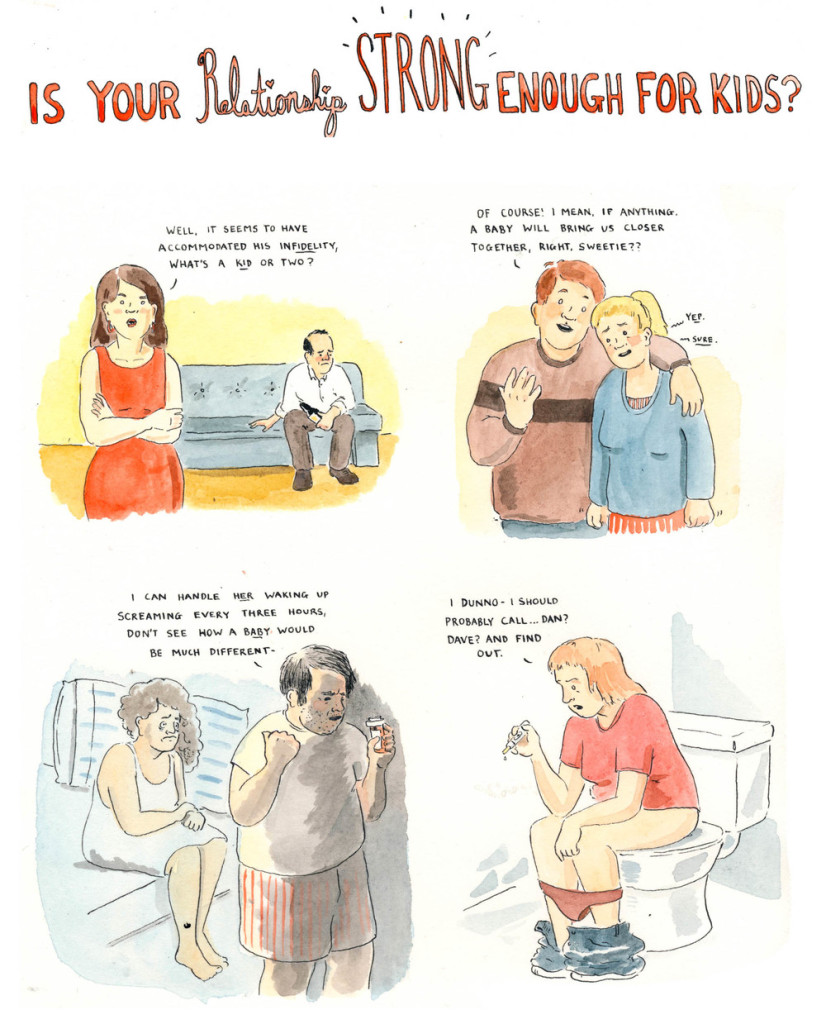 Having a baby so completely changes your own personal life in a way that is of almost zero importance to anyone outside of your immediate family, and closest friends. That’s a huge contradiction which leads to all sorts of preciousness and belief in our own place at the very center of the universe, a syndrome that is surely doubled in Brooklyn, and which Flake sharply skewers. She describes her birth experience in detail, concluding the chapter by noting that for the rest of the world it was just another Thursday. Another chapter is titled, “Kind of Bougie Things I Did While Pregnant.” She doesn’t skimp on the descriptions of the horrific things that pregnancy, birth and breastfeeding do to the female body, either.

An artist, whose cartoons regularly appear in The New Yorker, Flake illustrates her journey from single gal to married mom with self-deprecating glee. She’s the kind of mom you could compare notes with on the awfulness of hangovers while breastfeeding (they’re particularly bad, and no I did not feed the baby while actively drunk, but thanks for checking), the mundane awesomeness of a solid-ish marriage, and the weird loneliness of having a new baby.  That thing, whatever it is, you never admitted you thought about, did or felt, post-partum or while pregnant? She’s got a drawing for that.

From here on out Mama Tried is my official shower gift for expecting parents, or maybe it would be more appropriate for a first birthday party, just to say, hey fellow modern parent, you survived a year of what felt insane to you, but was otherwise utterly unremarkable to the rest of the world. You’re not alone. Now let’s laugh a little before we do it all over again.