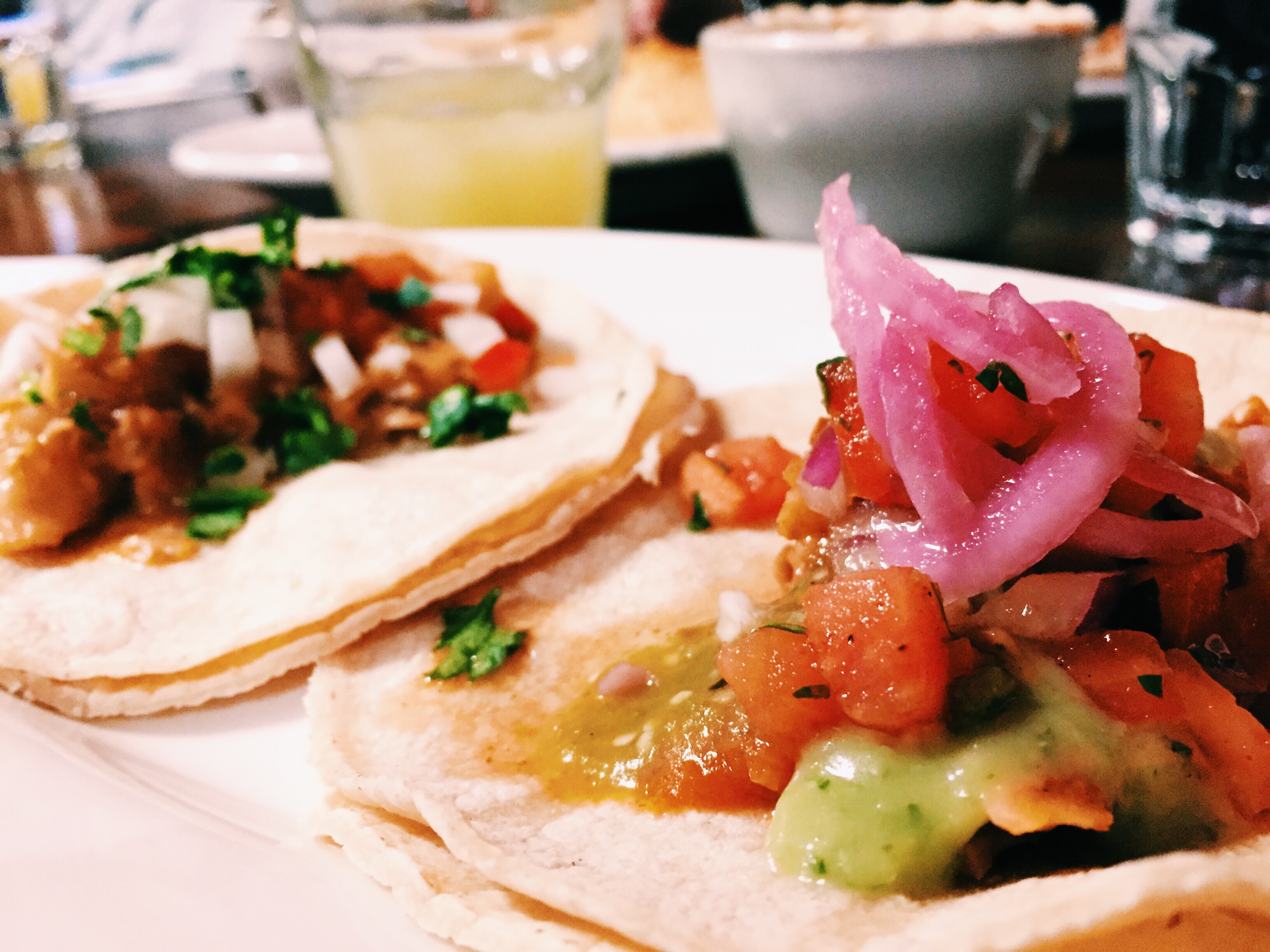 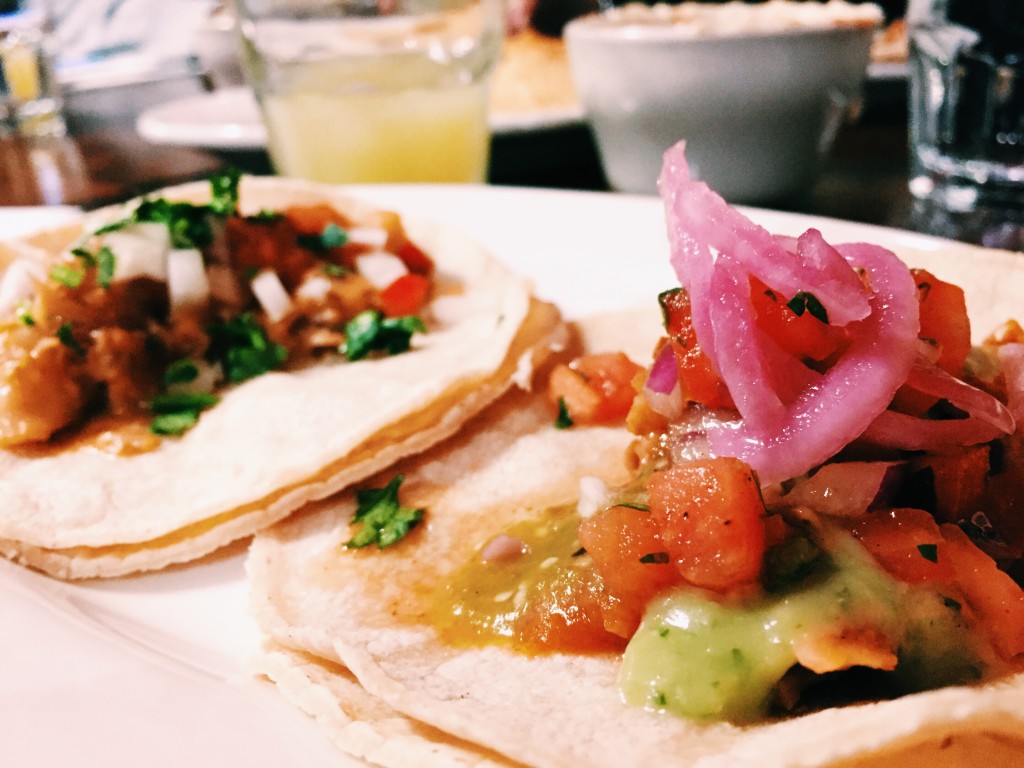 Before last week, I had never considered jackfruit tacos because I never knew such a thing existed. To be honest, I didn’t really know what jackfruit was. Turns out, it’s a tree fruit (the largest in the world!) native to South and Southeast Asia that has been quietly making a name for itself in vegetarian and vegan circles as a useful and potentially delicious ingredient. And jackfruit tacos do exist—at Toro Ironworks Kitchen & Bar in Greenpoint.

Chances are that if you’ve ever searched, “tacos near me” while standing on a corner in Greenpoint (you know who you are), you’ve come across Toro. Such is the case with me, as I’ve found myself in many a New York neighborhood not my own in pursuit of a quick and easy taco fix. The last time I was at Toro was a few summers back for chips, guacamole and a margarita, and I was surprised to walk in last week to see that the Tex-Mex menu was different than what I remembered. That’s because the restaurant’s ownership has since changed: a new owner took over the spot at the end of August and subtly changed the name from El Toro Taqueria to Toro Ironworks. The menu still revolves around traditional burrito-quesadilla-taco offerings, and there are some Mediterranean hints like a black bean hummus dip, but owner Sebouh Yegparian is also unveiling eccentric vegan options to appeal to a growing demand for meat-free options. 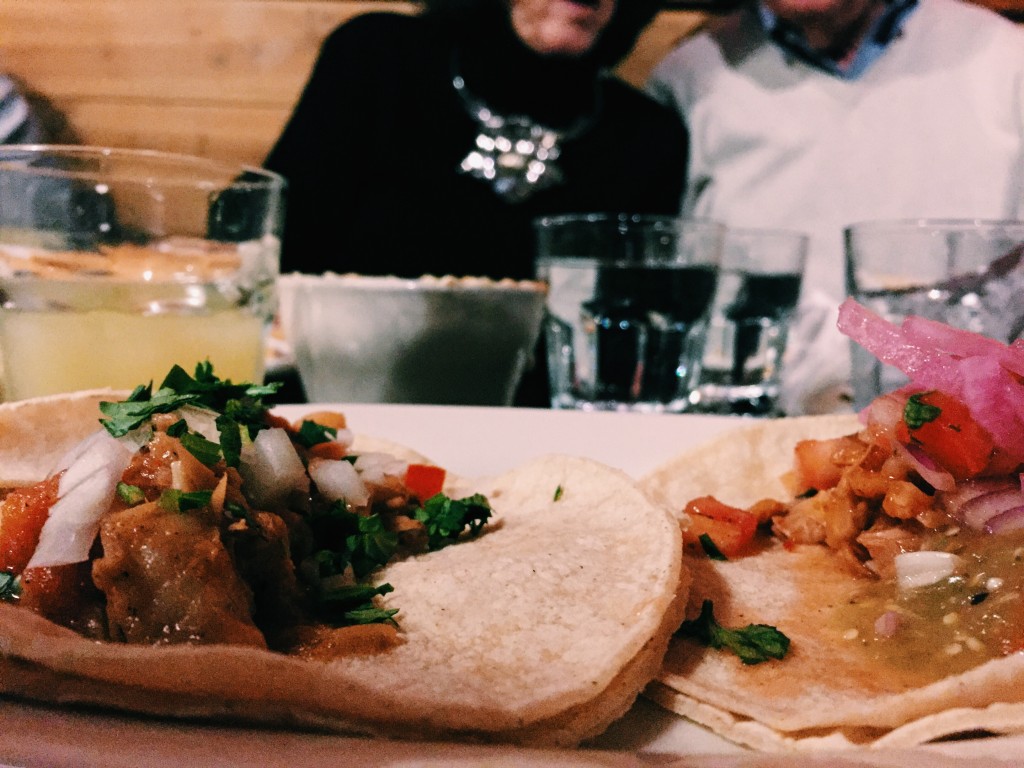 Enter jackfruit, a protein-rich, low-calorie crop that members of the vegan community are touting as the next big gluten- and soy-free meat alternative. Paulie Gee’s, a Greenpoint pizza emporium, uses jackfruit in their vegan meatballs. Yegparian happened upon the fruit while looking for vegetarian additions to Toro’s menu that would extend beyond tofu or potato.  He gets his jackfruit by way of a Chicago-based company, Upton’s Naturals; they in turn source if from a farm in Thailand, then process it into a pre-seasoned and ready-to-eat product with the consistency of shredded meat. You can order it online at Vegan Essentials, if you’d like to experiment at home.

Toro is betting that jackfruit rivals pulled pork or carne asada as a substantial taco filling, and Yegparian plans to dole it out three ways (they’ll be on the menu within the month, priced between $3 and $5 per taco). I had two, both of which were served on corn tortillas: the mojo marinated jackfruit taco with salsa roja, chopped onions and cilantro; and the chili lime carnitas jackfruit taco with salsa roja, salsa verde and pickled onions. The third, which I did not sample, is a trendy Korean iteration with kimchi, Korean barbecue sauce and spicy pepper mayo. So, were they good? Yes. Did they compare to meat tacos? Not quite.

I’m not a vegetarian, but I’m not a heavy meat-eater either, and I was excited to see how a fruit stacked up as a meat substitute. The jackfruit had a mushy texture akin to a sweet potato, and I couldn’t tell you what it tasted like because the marinade, which luckily, tasted good, muscled out any underlying jackfruit flavor. If I had to choose between jackfruit and seitan, another popular vegan (though not gluten-free) meat alternative, I’d choose seitan for its firm and chewy texture, which I’ve mistaken for chicken more than once. Jackfruit works in a taco if you’re choosing it over, say, potatoes, but not if you’re looking for a filling that actually resembles meat. And if you don’t have dietary restrictions, I’d definitely stick to pulled pork.