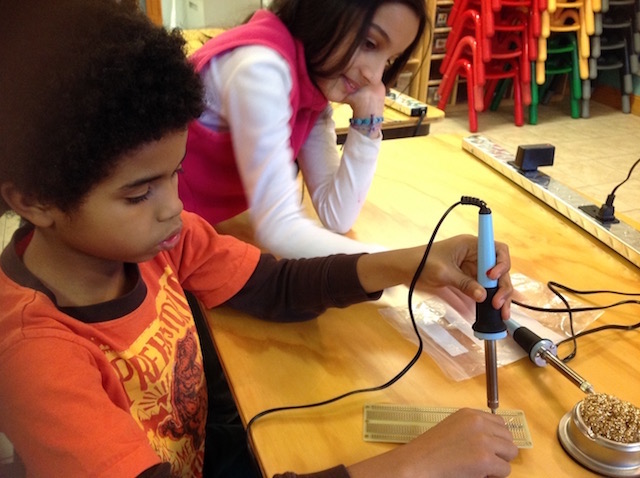 If you’ve ever been to the annual Maker Faire at the New York Hall of Science, you know that makerspaces provide enriching, interactive learning environments for kids. But this buzzworthy term, which is associated with STEM-based learning (or STEAM if you’re feeling artsy), and hands-on experiences for kids to create things collaboratively, is becoming more commonplace as after-school classes for “makers” and robotics pop up around Brooklyn. (Read our story, “If They Build it, They Might Code,” for more about the trend).

But are these classes fun? And what are the kids making exactly? If you’ve wondered whether your child would enjoy tinkering, we’ve broken down some of the best introductory classes for your young maker.

“If your child (age 6-11) has an interest in electronics, programming or making with technology, they are ready to begin in the Raspberry Heights Workshop,” according to owner, Ron Callahan. Unlike other computer classes, this four session class teaches computing and electronics with a hands-on approach. Each child learns how to build a computer using a small, inexpensive micro computer called Raspberry Pi. They’ll then learn to install games, interface and connect their computer to other electronics and explore programming. Each student has his/ her own workstation, and the classes are kept intentionally small (capped at six students) for more individualized attention. Rating: Future IT departments, rejoice! 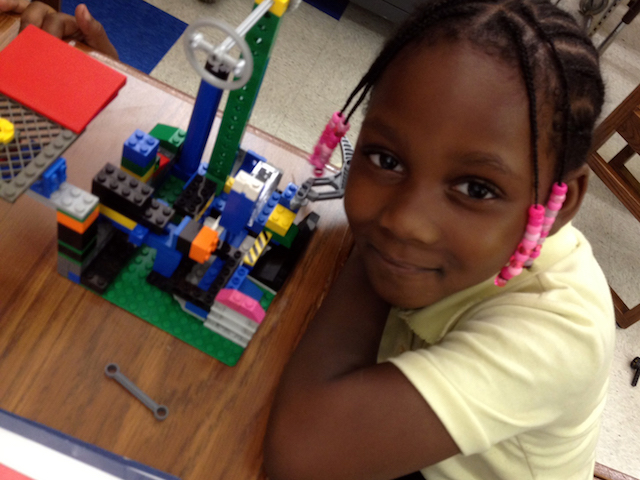 Bringing life to lego projects has never been easier, than with this pre-robotics class. Photo: Robofun!

Lego lovers ages 5-7 will get a chance to invent real motorized creations in this Pre-Robotics class. Kids will get to experiment with science, math, technology, and innovation to make cars that move, alligators that snap, and helicopters with spinning propellers. According to Recess, “they’ll be exploring creativity, while developing new skills in problem solving, cooperative learning and STEM.” Although they won’t be taking the creations home with them, they’ll be gaining the skills necessarily to create new pieces after the instructions in the box have gone missing. Rating: Appropriate for all young legomaniacs. 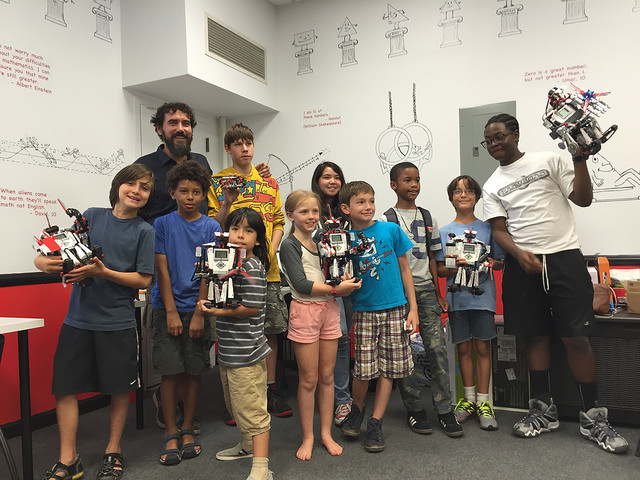 The bots that BK Bots students built during its summer camp session this past August. Photo: Bk Bots

Sean Spillane, a former high school math teacher turned mechanical engineer, primarily runs BK Bots classes out of Puppetworks Theatre in Park Slope and other nearby venues. His Lego robotics classes are perfect for 7- to 13-year-olds, who will build, program and play with 3-6 robots over the course of the class, culminating in an epic robot battle on the final day. His advanced robotics course gives 6th to 12th grade students an introduction to Arduino, a programmable microprocessor that you might find in your home appliances, but that the kids use to learn the basics of electrical engineering and programming. (A girl in his current session is using it to build a bracelet that lights up, for instance.) And for the same cohort he also teaches a computer programming class where the kids build their own video game by the session’s end. Rating: Perfect for second-grade makers and up, at reasonable prices considering the skills your children will learn.

BK Bots, held at various venues like Puppetworks Theater in Park Slope. Prices range from $250 for a 6-week, half session of Lego Robotics to $450 for 13 weeks and spring classes begin the week of Feb. 24. His 12-week programming and advanced robotics courses are both $300. 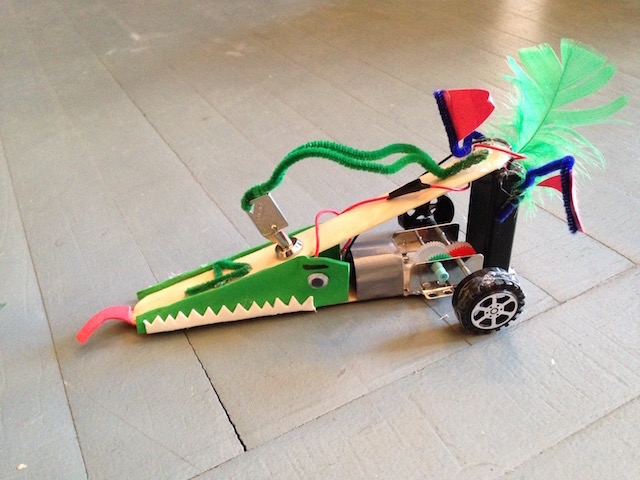 In these classes, kids as young as two can indulge in the fundamentals of engineering with versatile materials ranging from cardboard to wire. After-school classes and weekend sessions for grades K through 6th grade will learn how electricity, gears, LED and motors work and be inspired to build their own robots which can then be taken home to play with. The youngest builders (ages 2-4) will work in classes that are more craft focused, using their imaginations to create and design non-electronic projects like a robot that flies with a parachute, a robo-dog, or a robot hideout. Rating: Meep, meep…I am a robot…I love to build. 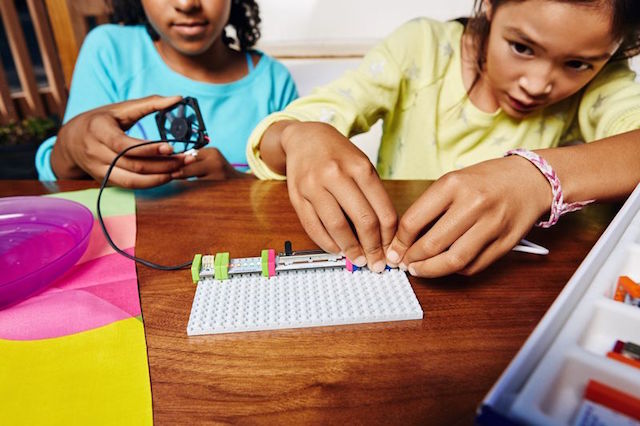 Although littleBits doesn’t have weekly after school classes, the impressive Soho pop-up shop is a dream for young makers everywhere. Set up as an innovative lab, kids can drop in anytime and get inspired by the twister wall, check out the collaborative workshop tables, and invent anything their minds can dream up. Invention advisers are there to assist with any issues along the way. For something a little more structured, littleBits has an ongoing roster of special workshops happening at the store. Upcoming events include a DIY Hannukah Menorah (Dec. 5), a DIY Rudolph the Red Nosed Reindeer (Dec. 15) and a Star Wars Themed little bits party that includes invention, light saber duels, R2D2 races and pizza (Dec. 12). Rating: For those who want to tinker before making a commitment.