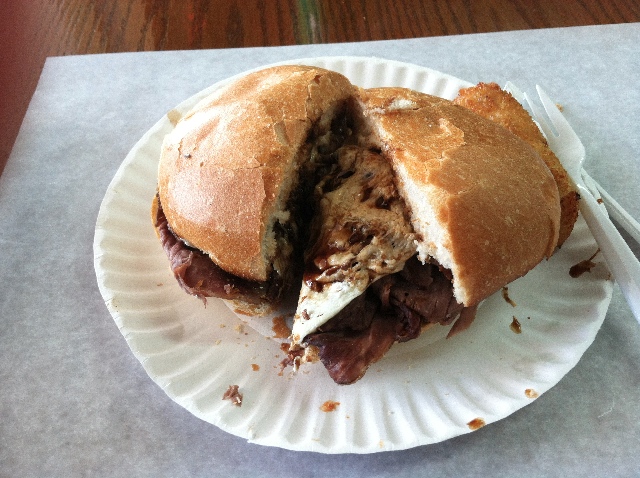 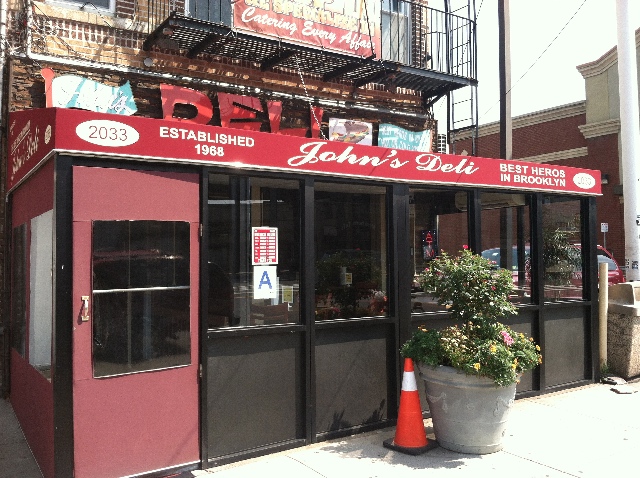 Last winter I made a trip to the neighborhood of , Mill Basin (Sheepshead Bay? Marine Park? Homecrest?) Brooklyn to visit the much-heralded Brennan and Carr, best known for their distinctive roast beef sandwiches. At the time, I thought that was the only place in Brooklyn with such a strong perspective on roast beef. Then I started looking for places to explore in Bensonhurst and I reached out to a friend, the writer Chris Molanphy, for a recommendation since he grew up in that neighborhood. He suggested John’s Deli, which is also renowned for its roast beef sandwich. Now, I’m open to sampling any sandwich that contains beef (including the cheese steak), so I was more than willing to give it a shot.

I’m no stranger to Bensonhurst. For about a year, I lived in that neighborhood while my family’s apartment in Bay Ridge was being repaired after a fire, but I had never heard of John’s until Chris mentioned it to me.  Looking back now, I regret that I never really branched out beyond pizza and Chinese during my brief stay in Bensonhurst–I’m sure I missed out on a lot of good food.

Like Brennan and Carr, John’s is a neighborhood institution. Founded in 1968, it’s still at the same location on 86th Street and Stillwell Avenue (there’s also a second location in Staten Island). Unlike Brennan and Carr, the subway is very close to John’s. You can see the elevated track that serves the D line from the deli’s window, so it’s very easy to make a visit. For the most part, John’s is your typical hero sandwiches place, and the menu sports sandwiches both cold and hot. The place also serves hot platters and sides, and not just fries and mozzarella sticks, but also their famous rice balls.

As tempted as I was to try more, I was only there for one reason: the signature hot roast-beef sandwiches, with mozzarella (referred to exclusively as “mutz” in these parts), caramelized onions, and gravy on a hard roll ($6.75, $8.25 on a hero). I also had a potato croquet on the side and a soda. 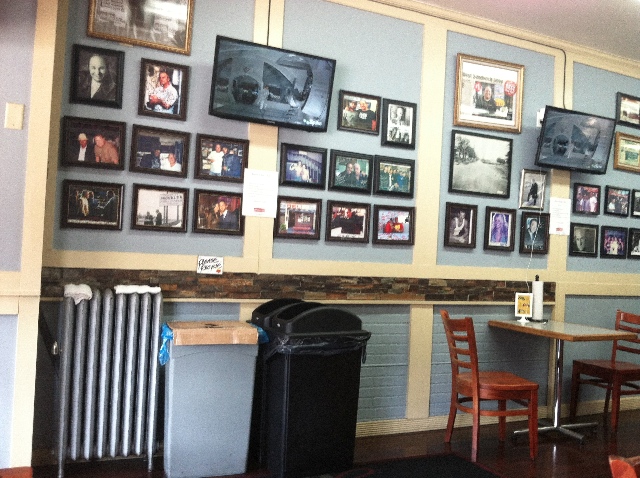 The John’s roast beed sandwich did not disappoint. The amount of roast beef was sufficient, its texture was tender, and the gravy didn’t make too much of a mess. (The double-dipped Brennan and Carr sandwich requires the use several napkins.) As far as the ambiance, John’s had a bit of an old-world charm, nothing too fancy, and the walls plastered with celebrity photos and vintage pics.

I honestly can’t say which roast beef sandwich was truly better. They’re different as far as the preparation and presentation of their roast beef, but they both leave you satisfied for not a ton of cold hard cash. The best I can say is that if you don’t live in this corner of Brooklyn, they’re worth a field trip. (It’s a 2.6-mile jaunt between the two, so you could sample both in an afternoon, if you were so inclined.) 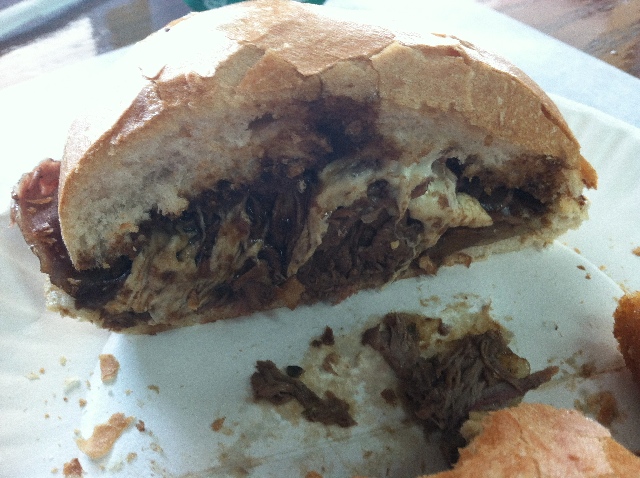