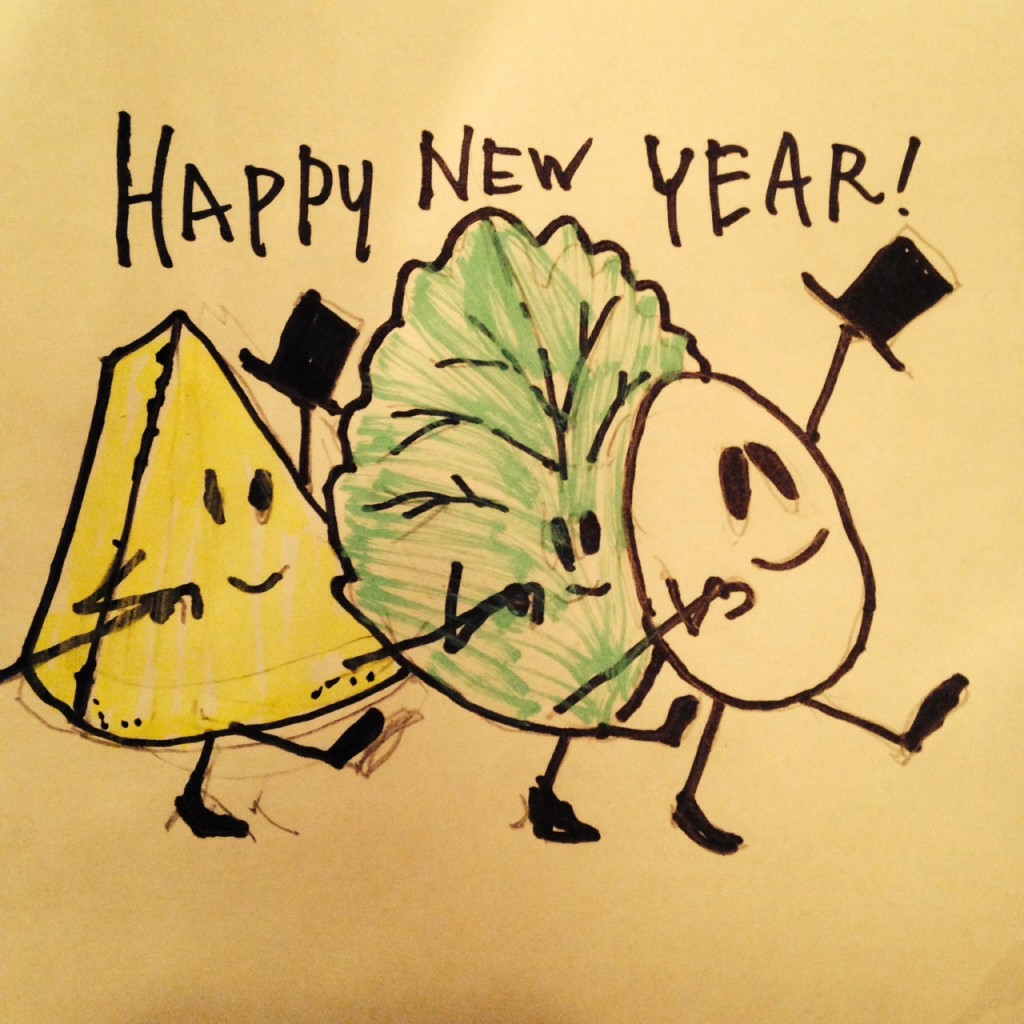 For most of us, the idea of hosting a New Year’s Eve party sounds like way too much responsibility. You’re basically on the hook for your guests’ good time on a night that has acquired so much importance, it can’t possibly live up to everyone’s expectations. But New Year’s Day, when the pressure is off and everyone is hungover? That’s easy. You basically mix some cocktails, make some food and invite friends to stop by.

You could of course go the simple route and pour mimosas, but since everyone celebrated the previous night with champagne or some version of it, you should consider switching it up. I recently had the Best Bloody Mary of My Life, and since then I’ve been impressing others with its secret: sweet pickle juice. Also, lots of vodka. Assemble accordingly and be prepared for people to really appreciate your skills at the breakfast bar. Line up all your ingredients: Vodka, V8, Tabasco, Worcestershire, horseradish (fresh or prepared), celery salt, a jar of bread and butter pickles or any sweet pickle, lemon, and a plate sprinkled with smoked paprika and salt. (Trust me, it’s much better prepared one at a time instead of batched.) Rim the glass with a slice of lemon, and dip it into the paprika-salt mix, then add ice and fill the glass with two-thirds vodka, one-third V8. Add a dash (or more) of the remaining ingredients to taste, mix in one or two spoonfuls of the pickle juice, squeeze the lemon on top and garnish with whatever you like. It’s the smoothest bloody you’ve ever had, right? Just don’t plan on driving or biking anywhere. 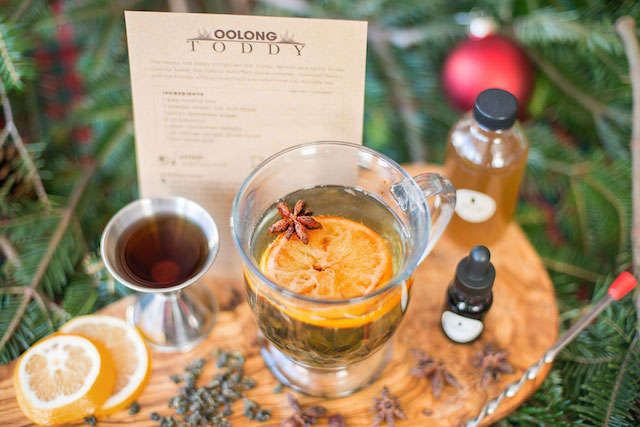 For a more soothing start to your new year, serve bourbon hot toddies. I’m actually not a fan of traditional toddies, but I like this recipe from Shaker & Spoon, a new subscription box for cocktail enthusiasts that’s actually pretty magical if you’re the type who likes to experiment but never has all the special syrups and bitters you need to make fancy cocktails at home. You won’t be able to exactly recreate their orange-ginger spice syrup that comes in this month’s bourbon box, but you can find a recipe online. The rest you can buy: oolong tea, Fee Brothers cardamom bitters, star anise pods, an orange, sliced into wheels, demerara sugar and bourbon. While you steep the oolong tea in a cup of hot water, heat a small amount of neutral oil in pan, and sprinkle the sugar on both sides of the orange wheel (or wheels if you’re making multiple cups) and caramelize on both sides, about five minutes. Then remove the tea bag, add 2 oz. bourbon, 1 oz. orange syrup, a dash of bitters and mix well before topping with the orange wheel and anise. I tried this with and without carmelizing the orange, and enjoyed both. And while you won’t get it in time for January 1, you could win one of these boxes–see the details here.

Finally, the food. For a lot of reasons, black eyed peas and collard greens have become signature New Year’s dishes because they both (supposedly) bestow good luck and fortune. You could follow tradition at home, or head to Fort Defiance for an all-day brunch filled with these southern treats. Another game plan for a group meal is this relatively simple Indian feast from Rebecca Collerton, the mastermind behind the delicious Mr. Curry pop-up at Saltie.

One tradition I always follow, that also makes for some fun, at-home entertainment, is a symbolic purging of all that you don’t want to bring into the new year, and a kind of naming ceremony for all that you do want. (I typically do this on New Year’s Eve, but there’s no reason not to save it for New Year’s Day, when we’re all a little more clear headed.) To get started, tear off pieces of paper, hand out pens, and have everyone write down what they want to get rid of in 2016, and what they want to hold onto or manifest in the new year (on separate pieces, please). You then toss the rubbish pile into a big steel mixing bowl and set it on fire, preferably outside. It’s so satisfying. For the keepers, well, I’ve never found a perfect way to handle these, and each year I try a new method. In general you swirl around the good things in a separate bowl with some sugar and honey. I once stuffed them in a mason jar, tightened the cap and hurled it into the East River with friends. Last year, I buried the good things in a garden so it could “grow.” I haven’t decided what to do with this year’s crop of wishes, but I have a few days still.