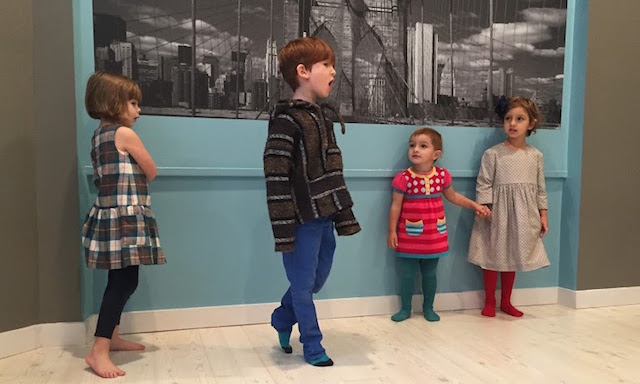 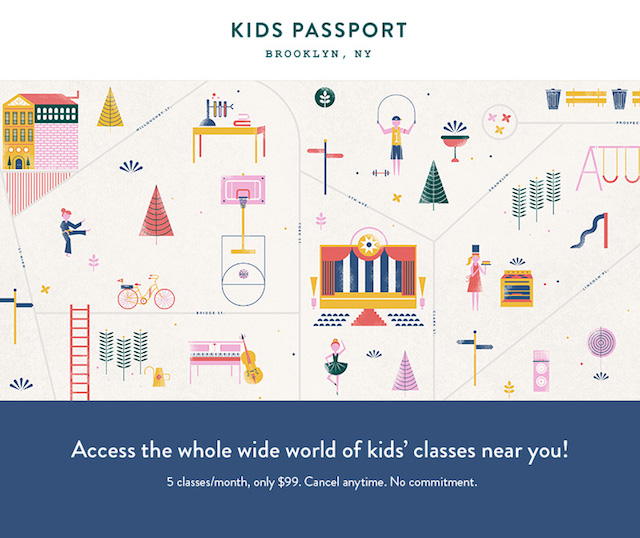 Children are curious creatures and continually want to try new things. Because of the never-ending selection of children’s classes and activities in Brooklyn, being a neophyte is easy for them, but it usually comes with a hefty price tag for us. So I was immediately interested in the concept of The Kids Passport, a new subscription model that allows your child to drop in and try out five classes a month for a set price of $99. (Think Classpass, but for kids.)

For our December “staycation” we decided to give it a whirl when we were given a free month in exchange for our unbiased review. When I looked at the abundance of choices available on their website (and handy iPhone app), I saw quite a few of my son’s tried and true favorites like Carmelo the Science Fellow and Child’s Play, so I felt confident the offerings would keep my son engaged. Little did I know that this passport would let us explore right out of our comfort zone. Here’s a breakdown of how it worked:

I signed him up for this one-hour drop off class first because he had done this before and loved it, so there was little risk. Taking place in Xtend Barre in Brooklyn Heights, this clean spacious room lends itself to drama. On the Sunday we went, because it was around the holidays, he was one of only two students in the class. That did not deter the fun in any way, and an energetic teacher gave exceptional attention while my son played theatre games revolving around the story “The Frog Prince.”  Favorite part: A movement game where you “dance like there are ants in your pants, bees on your knees, and a bear in your hair.”

Once we started going through the limitless options, it became clear that my son had unbridled passion for things that he had always wanted to try, but never had the chance- karate! ballet! yoga!  To help decide, Kids Passport sends a weekly email with recommendations. We saw this bookbinding workshop and thought it sounded interesting, since my son uses all of our printer paper for self-publishing. We had never been to Shoestring Press in Crown Heights before, and it was interesting to see a working printer press in action. During the engaging two-hour workshop, we learned to make an accordion book and a sewn binding flap book, with all materials included. Beyond bookmaking, the class included making collages, drawing and storytelling. Favorite part: “Using the bone folder to [crease] the pages.” 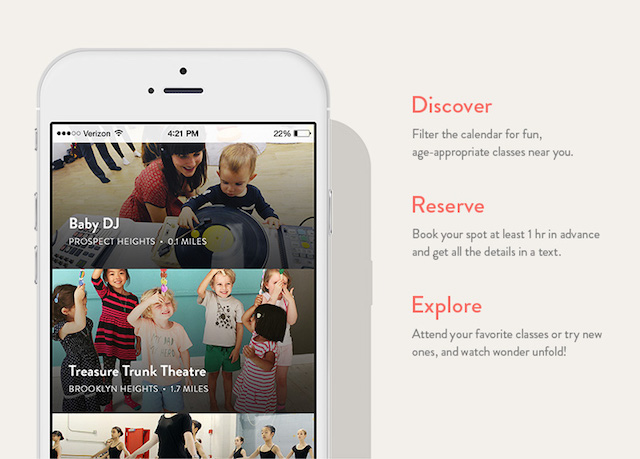 The intuitive app makes signing up and canceling classes on the go very easy. Photo: The Kids Passport

To get in the festive mood, we decided to drop into this Friday evening pajama party which consisted of THREE hours of fun for my son, and that same amount of margaritas for his parents. I dropped off my son at the playspace at 5:30pm and watched him run into the playspace abyss without even a farewell. He partook in a scavenger hunt, decorated and ate cookies, did some winter crafts, had a pizza party and watched a short holiday-themed movie. The space is clean and well supervised, and although the kids ranged in ages, there were enough activities to satisfy everyone. When I picked up my son, he told me it was the best party he’d ever been to. Favorite part: “Watching the movie [“Kipper Let It Snow”] because the dog had a British accent.”

My son has been angling to take karate for a while now after seeing a preview for Kung Fu Panda. So, it was great for him up to try it without any commitment. Although the kids in the class had been working together all semester, the teacher was welcoming and wholly integrated my son into the class. The dojo space is beautiful with well-appointed changing rooms, a waiting room filled with kids’ books, and a great sparring space. The kids all seemed to love the highly structured class: lining up, shouting, sparring. Favorite part: “Kicking a pillow and bowing at the end.”

Too good to be true? This day of Frosty The Snowman Camp was almost the entire cost of a month of The Kids Passport. Photo: Treasure Trunk Theatre

We had originally signed up for an off-broadway Holiday Concert by Funkijam, but it was cancelled because the Elektra Theater in Times Square unexpectedly closed. Kids Passport notified us with more than enough time to find a replacement, and even suggested a few options. Although we had already taken one class at Treasure Trunk, this day-long holiday camp was too good of an offer to refuse. An extended version of their regular class, this three-hour camp included building a snowman craft, learning choreography to “Frosty the Snowman”, reading stories and acting them out.  Favorite part: “Playing an imaginary game called Frosty Fairies where you listen to fairies and then chase them.”

The verdict: For only $99, we participated in about $200 worth of classes. More than that, we explored Brooklyn with the flexibility of doing what worked with our schedules and interests. In terms of the best age range for The Kids Passport, the sweet spot is probably closer to toddlers who would love Open Plays, Puppetsburg, Music Together, Baby DJ Classes, Super Soccer Stars, etc. but there are definitely enough choices to make it worth the while for older and younger kids too. This is the kind of thing I would have killed for when my son was a baby and I was desperately searching for winter drop-ins that worked with nap time. Signing up for each class is a cinch and as long as you cancel an hour beforehand, you won’t get charged for missing it. Without doing any research at all, the best of Brooklyn can be at your fingertips, encouraging your child to explore the world one class at a time.