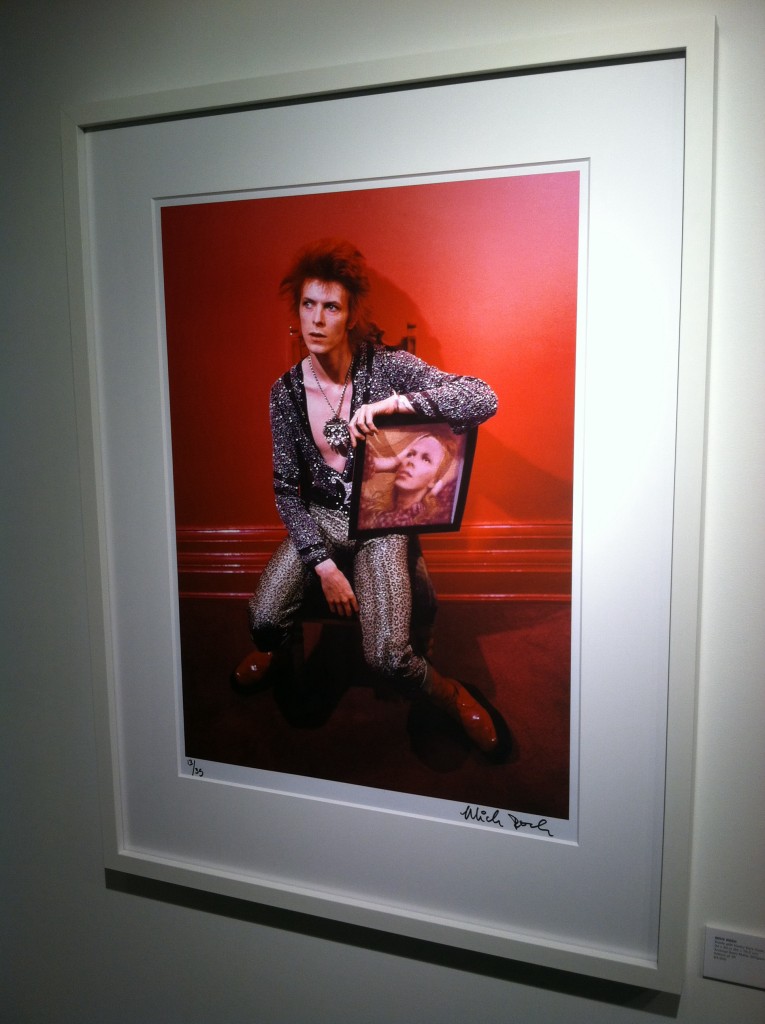 Photo by Mick Rock Photo of the photo: David Chiu

I will always remember where I was when I found out that David Bowie had died. It was around 3am on Monday morning and I woke up, recovering after working a grueling overnight shift. In an insomniac reflex, I checked my phone for messages and came across a friend’s Facebook post praising Bowie. I initially thought, ‘Oh, that’s sweet and thoughtful.’ But then my sleepy-eyed expression turned into shock and disbelief as I further scrolled down my news feed.

The passing of the Thin White Duke hit me harder than the death of any other artist I can remember. Just a few days earlier, Bowie had celebrated his 69th birthday and released his latest album Blackstar. Admittedly he kept a low profile in the last few years, but I assumed it was because he wanted to keep an air of mystery and surprise, qualities that have been the cornerstone of his career. Even to the end, he was an enigma.

Bowie’s music has been a huge part of my life ever since I watched the video for “Let’s Dance” in 1983 as an impressionable 9-year-old. After that, it was a string hits such as “China Girl,” “Modern Love,” and “Blue Jean” that hooked me. In high school, I became immersed in his ’70s works thanks to the Changesbowie compilation, and his many phases—Ziggy Stardust, Philly soul boy, Berlin-based expat, and New Romantic. His musical DNA can be found in so many acts from the genres of glam, punk, post-punk, disco, New Wave, pop, and indie rock. Everyone from Joy Division to Duran Duran to Lady Gaga owes a debt to this man.

Since the news of Bowie’s passing, fans here in New York City have paid their respects to the legend with flowers left outside of his SoHo apartment. I wanted to pay my own homage to Bowie, not just by listening to his albums, which I’ve done plenty of since Monday morning, but by making some sort of spiritual trip. On Tuesday, I went to the Taschen bookstore in SoHo where there was a small exhibit of mostly Bowie/Ziggy Stardust-era photos taken by Bowie’s friend, the acclaimed photographer Mick Rock. Opened last November, the show coincided with the recent release of Rock’s lavish photo book The Rise of David Bowie: 1972-1973.

On Tuesday evening, I found myself alone in the quiet gallery downstairs surrounded by black-and-white and color photos that captured Bowie at the height of Ziggy-mania. One image showed him in a sitting position wearing a glam outfit and holding the cover art of the Hunky Dory album. Another one was a close-up of his face framed by bright red hair and a mysterious, shiny circular object on his forehead.  Photographer Rock also took some candid shots of the star, including one that featured Bowie, Lou Reed and Iggy Pop together.

I left the bookstore and headed back to the Prince Street subway station with the loss of Bowie still lingering in my mind. But at the same time, seeing Rock’s large-than-life photos of the star fulfilled a sort of a personal mission for me. It was my way of paying respect to a pioneering artist who left such an indelible mark on pop culture. You should, too.

Check out Mick Rock’s photo exhibit featuring images of David Bowie, Lou Reed, Syd Barrett, Blondie and Queen at Taschen Store New York, 107 Greene St., Manhattan. Hours: Monday to Saturday 11am to 7pm; Sundays noon to 7pm. Get there soon before it closes–an employee told me that although they had planned to take the exhibit down already, it will remain up for an unspecified amount of time out of respect for Bowie.