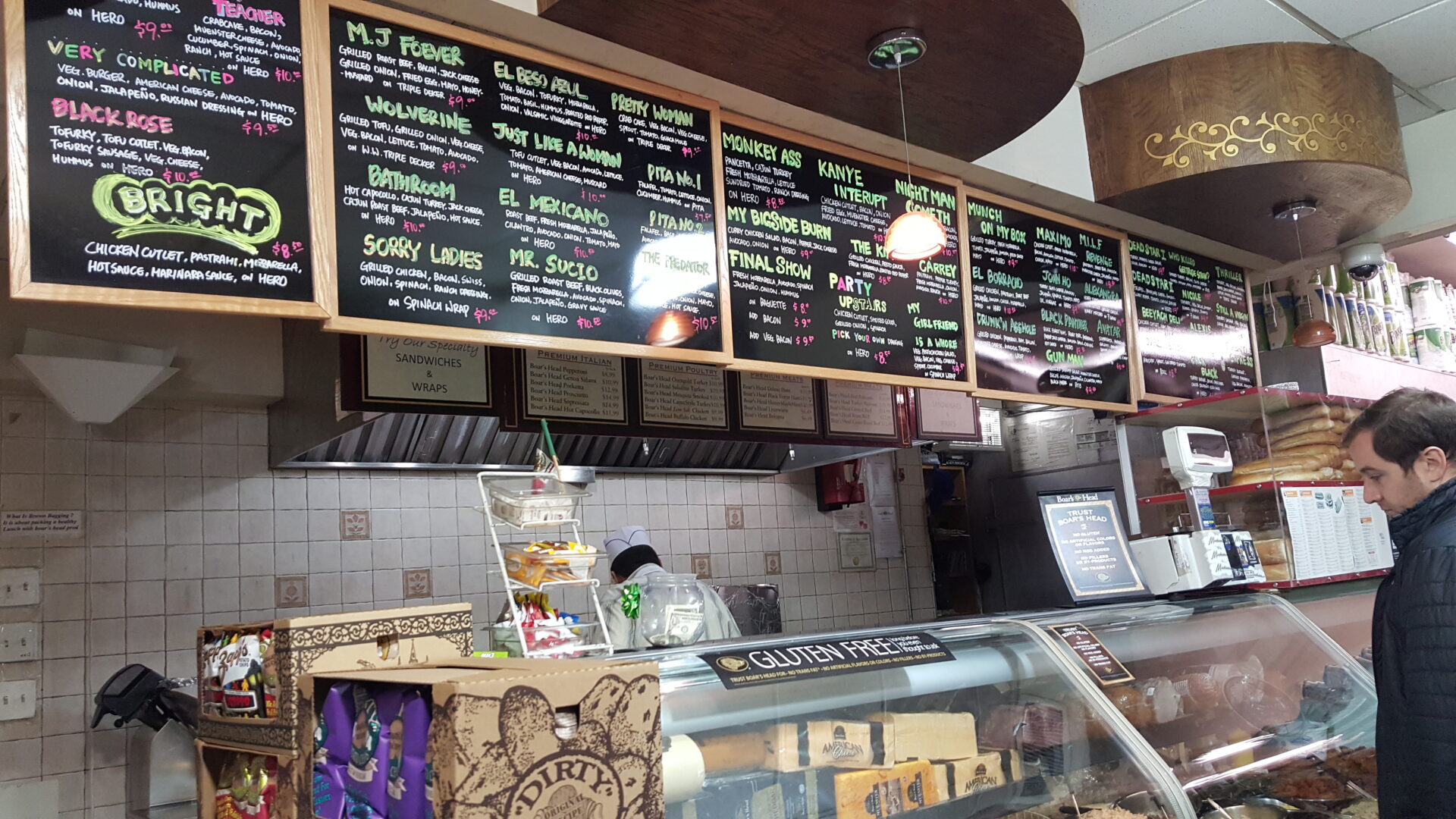 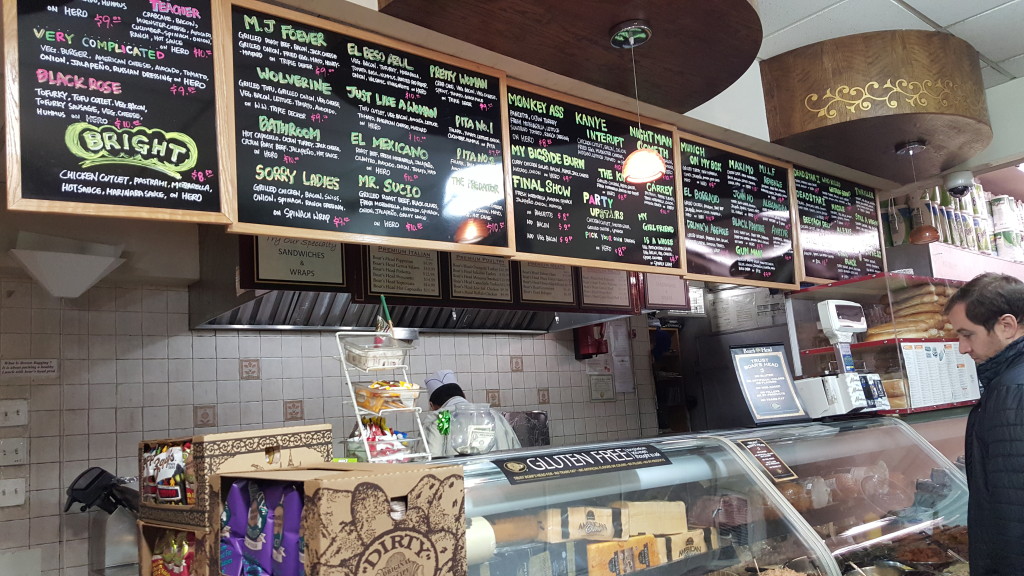 The Lobster Shift is a monthly column by Kenneth Rosen that explores the city’s all-night eateries and their inhabitants.

The media mania over all things Brooklyn has finally slowed to a steady simmer of lifestyle pieces about pocket watches, monocles and mustache wax, and Williamsburg has almost been restored to what it has always been–just another neighborhood in a city that is constantly remaking itself, an urban palimpsest of dry cleaners, juice bars, boutiques and bodegas.

This is especially true along Metropolitan Avenue between Lorimer Street and Union Avenue, off the L-G stop. No place in Williamsburg more boldly embodies the juxtaposition of old and new. On the corner of Union and Metropolitan you’ll find Kellogg’s Diner, which once felt like a neighborhood institution and then suffered a tone-deaf, shiny retro renovation that left it neither authentically old school, nor on-message, hipster cool. There it sits uneasily, in the perennial shadow of sidewalk construction sheds. A block up, on the corner of Lorimer and Metropolitan, you’ll see Zona Rosa, another tin-can eatery that correctly hit the cool-kid mark with tacos and a rooftop bar. In between: Crest Hardware, beloved to the neighborhood for carrying everything from caulking guns to tomato plants and for being home to a pig named Franklin; JR & Sons, a dive bar plucked straight from a Dennis Lehane novel; Desert Island for your comic book needs; and Yola’s, a reliably mediocre, cheap Mexican joint that has sated countless hungover cravings for melted cheese and guacamole.

On two recent late-night dinner outings it hit me just how goddamn weird this stretch of Metropolitan is in its mix of old and new businesses, maybe because my two destinations could not have been more different: Sugarburg, and across the street Hana Food.

Sugarburg opened nearly two years ago to remedy the problem of Williamsburg restaurants not serving poutine ($12), as proprietor Dave Urbanos once told Bedford and Bowery. The portmanteau, unoriginal as it is, seeks to recall the sugar district which once lined the riverbank a half-mile or so to the west. The interior is your standard black and white tile, reclaimed wood and industrial piping for beer taps. A sign denoting the restrooms reads, “Pipi Room.” It’s one of those bar-restaurant hybrids that has table seating, but is also open late.

Although I’m the first to be smitten by poutine, I opted instead for the fried chicken po-boy ($12) on this occasion, which was a modest portion with unremarkable flavor. The one thing about the chicken that stayed with me was the crunch–it was perfectly fried, but its accompaniments (red pepper jam, lettuce, tomato and cream cheese) didn’t seem to add much to the sandwich itself. The servers and clientele all had that new-to-the-city shine that contributed to the general air that I had stepped out of New York City and into a large college town. In fact, the whole meal hit me with a brief nostalgia for my undergraduate days in Georgia. Dinner for two with drinks: $40+.

On warm days the bar opens the accordion doors/windows onto Union revealing a sweeping view of the BQE overpass and Macri Triangle, a small, brake-dust-choked park across the street. So I guess there’s that.

Ah, but across the street! Let’s go. 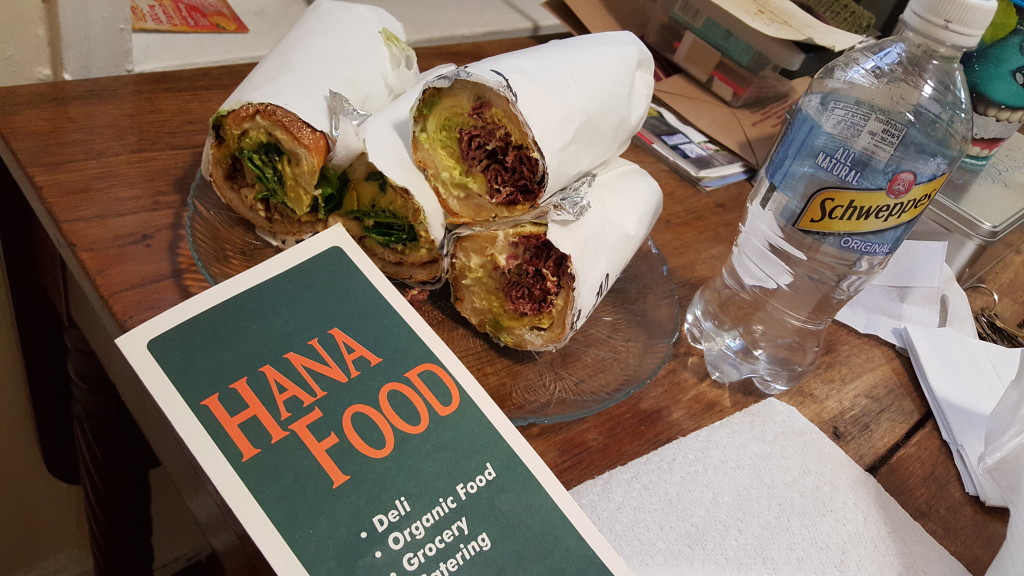 Hana Food, known for their creatively and sometimes crassly named sandwiches (Gay Boy, Douche Bag, The Illegal), is a place you may find yourself in the underbelly hours of a weekend bender.

Both came with their own kicks, the jalapeño tempered by the egg, a layered conundrum I was not going to question. Then the hummus and avocado married with the breaded chicken took its toll and I found myself unable to finish more than a quarter of either sandwich. I’ve tried more than 30 chicken cutlet sandwiches in the city and this was one of the most, well, can you call a sandwich irreverent? The portion sizes, it should be noted, are generous.

Obviously I’m in love, and could go on and on, but there were no rentals above the deli so I had to leave, after a time. Hana Foods certainly caters to the late-night, undergraduate throngs on Metropolitan Avenue–make no mistake, this is a fancy bodega where they sell almond milk, quinoa puffs and a rainbow of American Spirits, but this is also a New York deli through and through. They’ve found the old in the new in a way that I admire, and that seems a harder trick to pull off than you might think.