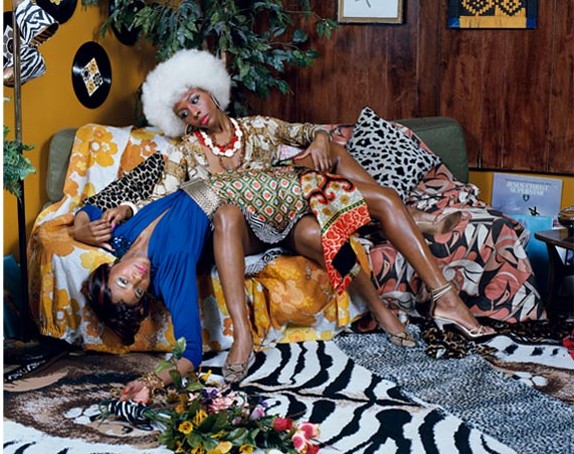 Because 2016 is a leap year, there’s an extra day of fun in February this year. And yes, there IS fun to be had in February. Obviously the Coldplay/Beyoncé mash-up slated for the Super Bowl halftime show on Feb. 7 is at the top of each and every American’s agenda. There are a few more cultural events worth considering this month, and we’ve compiled a countdown of TV, film, books and outings worth adding to your calendar.

10. Amidst the #OscarsSoWhite controversy, filmmaker Spike Lee let it be known that he will be skipping the Academy Awards on Feb. 28 for his regular floor seats at Madison Square Garden opting to watch his beloved Knicks battle the Miami Heat instead. Can’t say I blame him. For my part, I’ll be watching his new documentary, Michael Jackson’s Journey from Motown to Off the Wall, the title of which pretty much tells you everything you need to know about the subject matter, though this BBC review from Sundance is worth a read. The doc covers the King of Pop’s ascension from Jackson 5 frontman to solo superstardom. It premieres on Showtime on Feb. 5.

9. People are already comparing British pianist/poet Benjamin Clementine to the likes of Nina Simone, which is not bad company to find yourself in at the age of 27. Having listened to his debut album, At Least for Now, on repeat since discovering it on SoundCloud, I’m apt to agree with all the praise being poured out for the London-based composer who last year won a Mercury Prize, awarded to the top album in the UK annually. Catch Clementine at Mercury Lounge on Feb. 24 (and don’t dawdle on buying those tickets–his two shows at Rough Trade in Williamsburg are already sold out).

8. Can’t really think of a more aptly named venue than Aperture Gallery for Muse: Mickalene Thomas Photographs. The Brooklyn artist is best known for her layered, large-scale, Pop art-esque depictions of the black female experience, in its many facets. If you’ve ever seen Thomas’ enamel and rhinestone encrusted canvases you know they radiate very colorful and complex worlds, which Thomas herself creates from photographs of her friends, partners, family and other women who inspire her. Muse, which runs through March 17, offers a unique insight into what Thomas calls a “defining touchstone for her practice.” 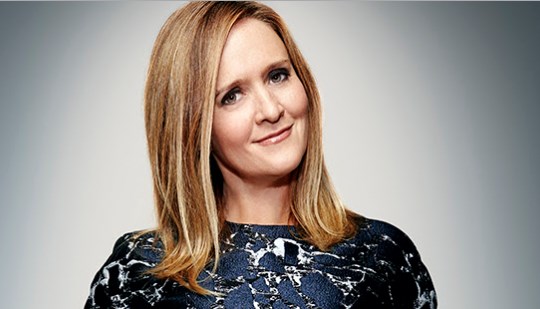 7. When James Brown famously sang, “This is a man’s world,” he could have been referring to the realm of late-night television, which has been dominated by male comedians, with the rare exception of Chelsea Handler, since the category’s inception. This month, comedian Samantha Bee is hoping to follow in Handler’s footsteps and carve out a late-night niche of her own, when Full Frontal with Samantha Bee premiers Feb. 8 on TBS. Already a 12-year veteran of late-night satiric news—Bee was a correspondent for over a decade on The Daily Show—Bee will have the distinction of being the only late-night TV host currently on air who happens to have two X chromosomes. And, if the AV Club is to be believed, Trevor Noah’s coverage of the 2016 election on The Daily Show is leaving a big hole in satirical news coverage of the political circus we’re currently slogging through.

6. I was only in elementary school when O.J. Simpson went on trial for the murders of Nicole Brown Simpson and Ron Goldman, but well aware of the court-room drama unfolding, starting with watching that slow-speed police chase while I sat at my grandparents kitchen table and famously ending with Simpson’s acquittal. Flash forward a few decades, and the story of how one of the world’s most famous football players “allegedly” got away with murder is still generating attention, but this time in the form of American Crime Story: The People v OJ Simpson. The 10-part series is being executive produced by Ryan Murphy and stars John Travolta, Cuba Gooding Jr., Sarah Paulson and David Schwimmer, as the fictional counterparts to the trial’s major players Robert Shapiro, Simpson, Marcia Clark and Robert Kardashian, respectively. Despite already knowing how this one ends, I still plan to tune in when it premieres on HBO Feb. 2.

5. I’ve been hearing good things about The Humans since it hit Off-Broadway last fall, and Stephen Karam’s new comedic-drama is finally set to make its Broadway debut this month on Feb. 18 at the Helen Hayes Theatre. The play mines the dysfunctions of a middle-class family dinner party to great comedic effect, and I guarantee that watching it will make you feel much better about whatever embarrassing discourse played out at your own family functions this past holiday season. 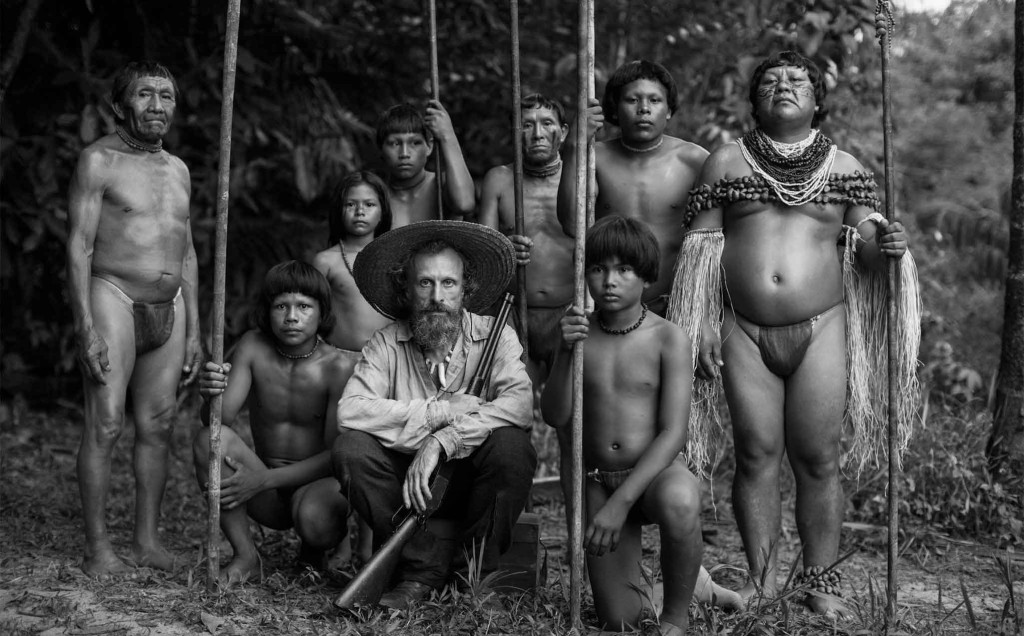 Embrace of the Serpent is nominated for a Best Foreign Language Academy Award and screening at Film Forum starting Feb. 17. Photo: Film Forum

4. Embrace of the Serpent has been on my radar since the film, set in the Colombian Amazon, won the Director’s Fortnight award at Cannes last spring, and now the foreign-language film will finally get a screening here in the city (with subtitles) at Film Forum starting Feb. 17. Its plot centers on the diary entries of two western travelers attempting to discover and document the many rare plant species located in the jungles of South America. They are helped on their explorations by a shaman who leads them on a hallucinogenic journey that, needless to say, winds up being the trip of a lifetime. Serpent and its writer/director, Ciro Guerra, are currently nominated for an Academy Award in the Best Foreign Language Film category. 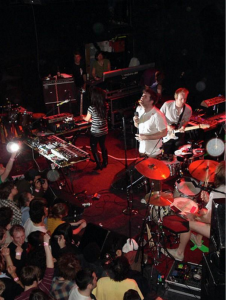 3. The news that Brooklyn band LCD Soundsystem was getting back together after a short-lived disbandment broke too late to include it in last month’s culture roundup, which is proving to be for the best, as it’s given us all more time to figure out exactly what James Murphy’s announcement really means to fans of the dance-punk outfit. While music purists would like to believe that Murphy finally heard their prayers to please not stop the music, rumor has it, the band’s reunion has more to do with a multi-million-dollar deal from AEG Live that involves a 2016 tour. The band was recently announced as a headliner for the upcoming Coachella Music Festival in California. While their website still says 2016 tour dates are TBA, it’s a pretty solid bet that LCD will be making at least a few tour stops in this city in the foreseeable future. For now, you can listen to their first new music in five years here.

2. Bobby Cannavale made a convert out of me with his turn as Gyp Rosetti, a short-fused mobster with an affinity for autoerotic asphyxiation on the third season of Boardwalk Empire, for which he won a Primetime Emmy award. (For something totally different, sweet, lovely and amazing, watch The Station Agent, with Cannavale, Patricia Clarkson and Peter Dinklage.) Expect more explosive character work from Cannavale in his next television appearance—which sees him paired back up with Boardwalk creator Terence Winter, as well as its executive producer Martin Scorsese. Vinyl is set in the dirty, drug-addled days of 1970s New York City and stars Cannavale as Richie Finestra, the powerful, powder-keg president of a record label who happens to be an early-adopter of the city’s burgeoning punk scene. The series, which debuts on Feb. 14, covers the hedonistic time in NYC’s modern history when punk, disco and hip-hop were simultaneously having their heydays. Expect feathered hair, wide-leg polyester, platforms and plenty of fine, fine music from this one—did I mention Mick Jagger is also part of the project?

1. The Brooklyn-Michigan creative connection is being mined for fictional effect this month in the release of Christopher Sorrentino’s new novel, The Fugitives (out Feb. 9), the follow up to his National Book Award-nominated novel Trance (2005). It’s hard to believe that it’s been over a decade since Sorrentino delivered new work, but fans will find it was well worth the wait. The Fugitives follows a middling writer, Sandy Mulligan, who debunks from Brooklyn to the Midwest and winds up in a small Michigan town, where he attempts to finish a novel, as well as hide out from some bad press back home, and winds up being distracted by everything but, particularly the company of a couple of ne’er do wells whose secrets Mulligan hopes to unravel while keeping his own under wraps.