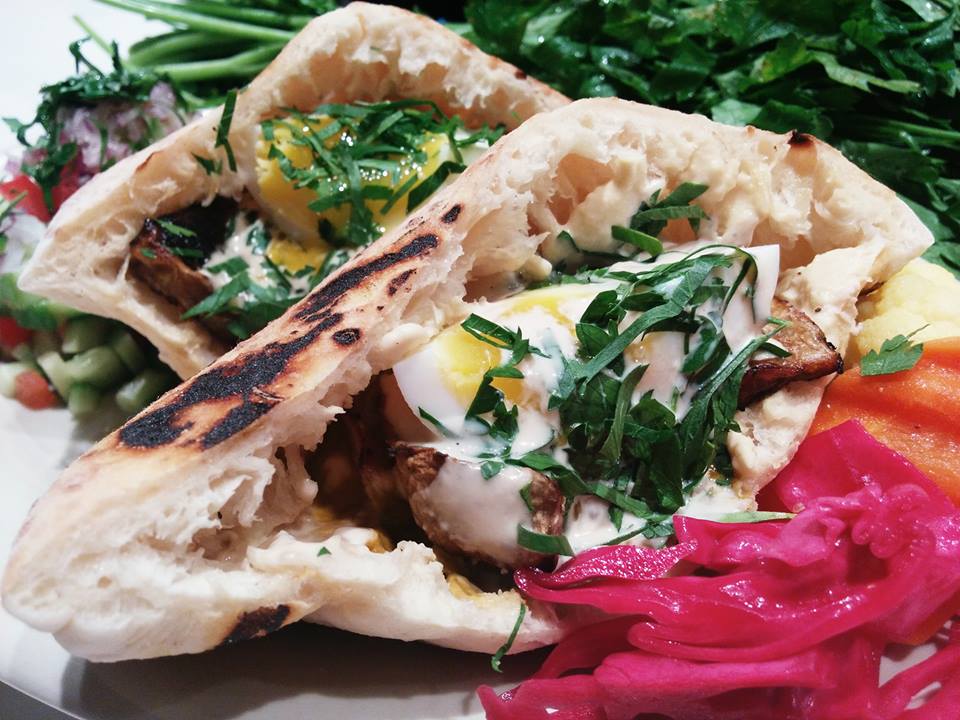 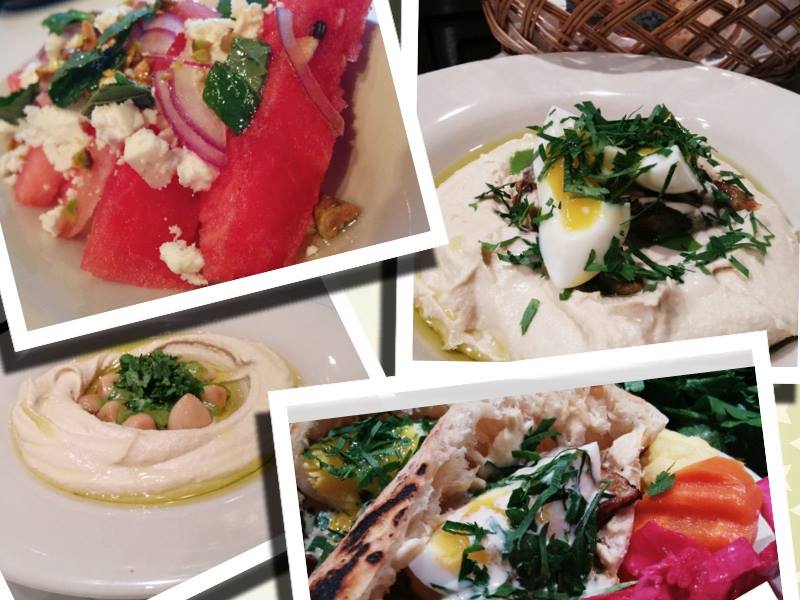 Hummus Market is a restaurant where vegetarians, vegans and omnivores can dine together in peace. Photo: Hummus Market

There are restaurants that open with great fanfare after months on most-anticipated lists, early previews for the food media elite and with the help of an army of publicists. Then there are the unassuming local joints that pop-up a few blocks from your apartment and quickly become your favorite place for Tuesday night dinner or an excellent lunch special. While it’s nice to have fancy eats within a stone’s throw of your front door, it’s really the smaller, humbler places that you want to eat at or order from on a weekly basis (and can actually afford) that make a neighborhood feel like home.

Hummus Market, which opened on Graham Avenue in Williamsburg last summer, is decidedly in the latter camp. Yes, the name has a real mall-falafel ring to it, but ignore that. This is veggie heavy, olive oil laden, parsley, lemon juice and harissa-spiked, pan-Middle Eastern fare. If you’ve ever bought a cookbook by Yotam Ottolenghi this is the food you secretly wish you were making and eating at home all the time.

The stuffed pita is a massive sandwich that comes with a side of Israeli salad. Photo: Hummus Market

The menu at Hummus Market is divided into a few sections: hummus, stuffed pita, meze, and then sides, salads and larger plates. Hummus plates ($11-13) feature super-creamy hummus, topped with ingredients like warm chickpeas and olive oil, shakshuka, or roasted eggplant and soft boiled eggs with cilantro. They come with pita, which is made in the Israeli style–much fluffier and more substantial than the leathery disks you get in the supermarket. Each hummus plate arrives with two pita, but you may want to order more because it’s ridiculously good.

Those same pita are split open and stuffed with various fillings (try the mushroom and harissa with pickled onion) for a very filling sandwich for $12.50, which also comes served with Israeli salad, a fine dice of tomatoes, cucumbers, pepper, red onion, parsley and lemon juice that is simultaneously crunchy, bright and refreshing, and works equally well as salad or as a condiment.

It seems appropriate at this point to mention that Hummus Market is vegetarian; you won’t find any kebabs or shawarma on this Middle Eastern menu. (Dar 525 on Grand Avenue, about a 10 minute walk from Hummus Market, is the place to head if you’re in the neighborhood and absolutely need lamb kebabs or a gyro). What is on offer is so varied and delicious that you don’t even realize that there’s no meat in the mix until well after you’ve ordered. This is definitely a restaurant where vegetarians, vegans and omnivores can dine together in peace. The meze selection–$6 each, three for $16, four for $20–is extensive and exceptionally tasty. Standouts include the red tomatoes (with olives, feta and sunflower seeds), cauliflower (with tahini and lemon) and Moroccan carrots (with harissa and lemon). 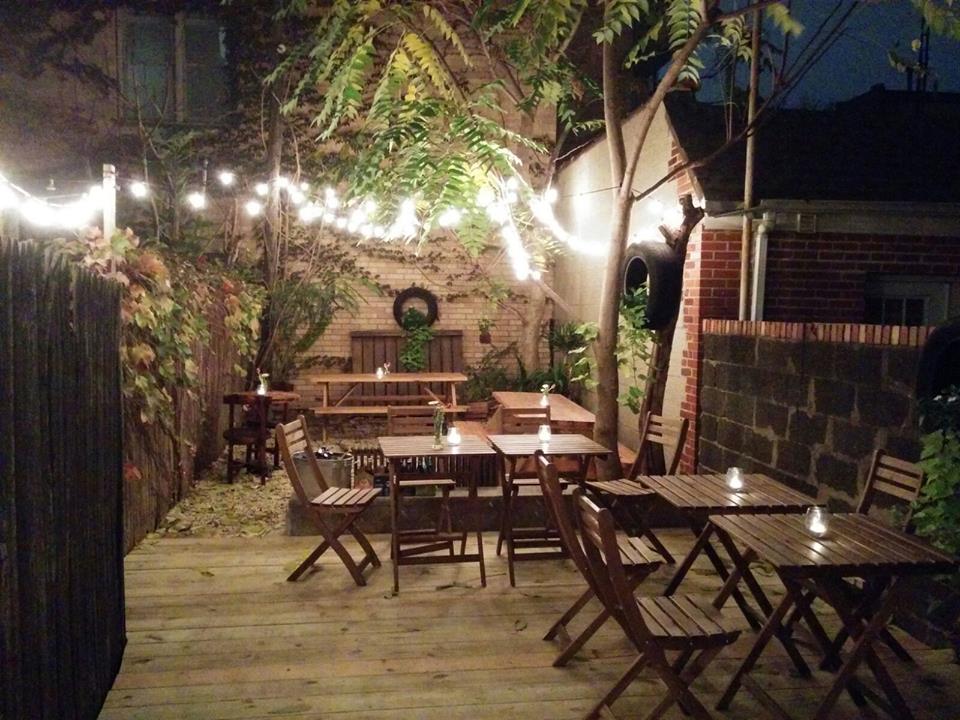 There are also larger plates, including perfectly crispy-soft sweet potato latkes ($13) with a yogurt chive sauce for dipping, and shakshuka ($13) and salad.

If you want to dine in, the interior is all white walls, warm wood and beautifully painted dishes and tiles, so it feels like the home of a friend who travels a lot. The back garden is a lovely spot for lunch or dinner in warmer months. You can also order Hummus Market for delivery, and while it’s not as cheap as a pizza, it won’t fill you with the same sense of regret after the third slice. And the lunch special, your choice of meze plus a hummus plate or stuffed pita for $12.95, is a pretty sweet deal.

Yes, there are loads of fancier places to eat at in North Brooklyn, but Hummus Market is like the perfectly spiced, veggie-driven feast you’d make for yourself if only you had the time.