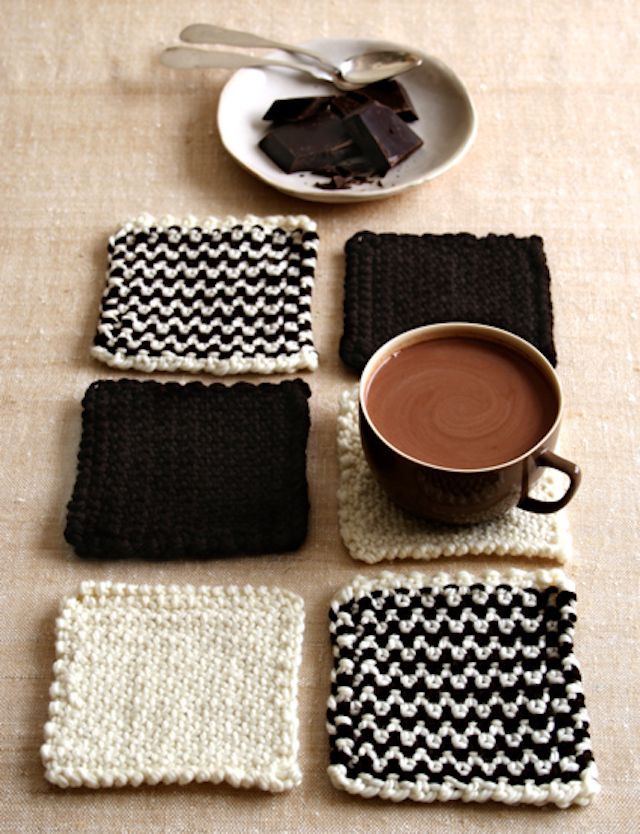 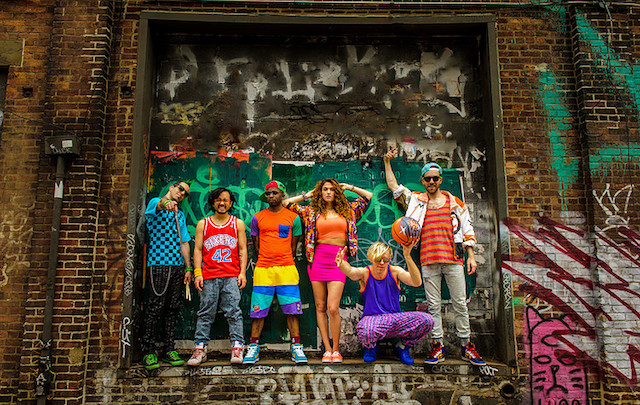 Party like it’s 199something on Saturday at Brooklyn Bowl’s I Love the 90’s live show featuring local cover band the Fresh Kids of Bel-Air. Photo: ilovethe90s.com

It’s a glum, drizzly Wednesday–the kind of day that forces even the cheeriest optimists among us to suppress the urge to snarl at subway stair dawdlers–and we still have a whole half of the workweek to get through before Saturday’s sweet, lazy freedom is upon us. It’s a day that demands something fun to look forward to, so it is with special pleasure that we present you with a week-long calendar chock full of cool ways to spend your free time when it’s actually available to you. Pencil in some plans with people you love–or at least enjoy–it will improve your mood today. And if not, well, there’s always the tried-and-true mid-afternoon chocolate/coffee/secret glass of wine run.

Nineties nostalgia rules on Saturday night at Brooklyn Bowl, where local cover band The Fresh Kids of Bel-Air is performing their popular live show starting at midnight. Tickets are $15 if you buy them online, which should leave you some extra cash to stock up on some super flattering overalls and hot neon accessories so that you fit right in.

For a low-key Sunday activity, check out Greenpointers’ Valentine Market from 1-7pm. In addition to perusing a plethora of gifts, jewelry, clothing and food items for sale from tons of local vendors, you can also take advantage of an onsite henna artist, nail art station, photo booth, tarot card reader, and live music. It’s a nice way to support small businesses in the area, and you’ve got to conserve your energy for the double whammy of Super Bowl 50 and Mardi Gras landing back-to-back this year.

If you really want to blow it out this Fat Tuesday, head to The Hall at MP for a proper NOLA crawfish boil and brass band bacchanalia starting at 7pm and running all night. A $35 ticket gets you dinner, dancing, and drink specials on craft cocktails and beers from the Big Easy. Laissez les bon temps rouler is the traditional Mardi Gras mantra, but let’s make it happen all week, people! Read ahead for some more fun times on the horizon and enjoy yet another Ideal Week. 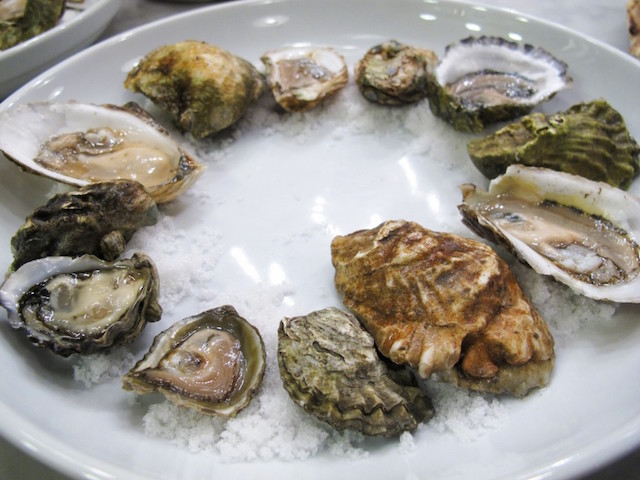 You can’t go wrong with oysters and sparkling wine–enjoy both at an event sponsored by Slow Food NYC at Brooklyn Oenology this Thursday. Photo: W+T Seafood

Thursday, Feb. 4 You can keep the Russell Stover chocolates, chalky conversation hearts, and overpriced prix fixe dinners–Brooklyn Oenology is serving up the only Valentine’s-themed comestibles I’m interested in this Thursday night at a special “Champagne” and Oysters event starting at 7pm. Slow Food NYC is sponsoring the evening, which features tastings of four New York State sparkling wines paired with a dozen locally harvested oysters. Experts from Brooklyn Oenology and W&T Seafood will be on hand to teach you everything you ever wanted to know about sparkling wine production, oyster harvesting, and how to analyze different varieties of both delicacies. Proceeds from the sale of $40 tickets go to support Slow Food NYC’s programs, which include food education for NYC kids and urban farming. –K.H. 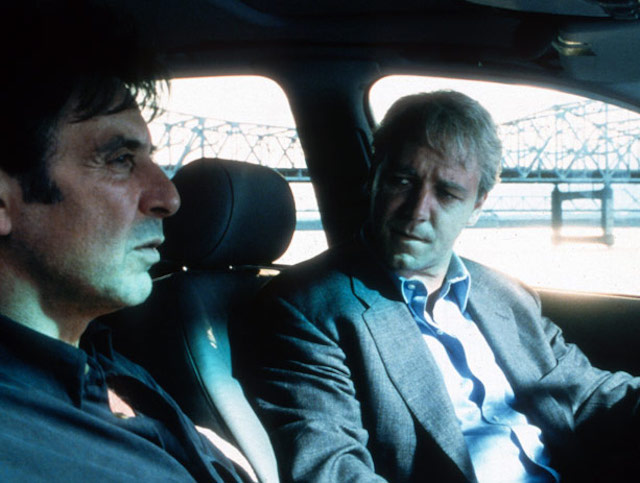 Catch The Insider or another Michael Mann-directed classic on the big screen at BAM’s retrospective of his 35-year career starting Friday night. Photo: bam.org

Friday, Feb. 5 Gritty, urban film fanatics take note: Friday marks the first day of BAM’s retrospective on the three-decade-spanning career of acclaimed director Michael Mann. First up is 1981’s The Thief, a Mann’s debut feature-length thriller about a jewel thief, played by James Caan, who crosses a Chicago mob boss. A newly restored version of the classic flick is screening all weekend, but you can also catch other key works from Mann’s oeuvre like Heat, The Last of the Mohicans, Ali, and The Insider through Feb. 16. Don’t miss an appearance from the legendary auteur himself, in conversation with New York Magazine film critic Bilge Ebiri, on Thursday, Feb. 11– you can grab a $30 ticket here before they sell out. –K.H. 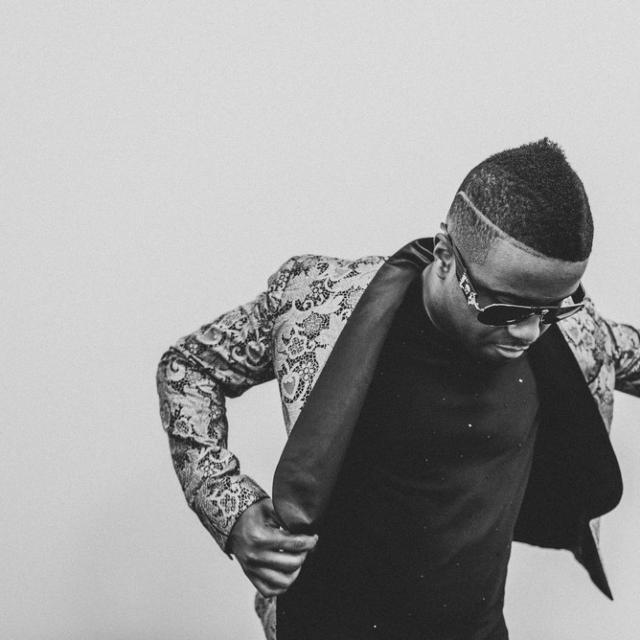 Saturday, Feb. 6 With Black History Month fully underway, the Brooklyn Museum is dedicating February’s First Saturday to an exploration and celebration of Radical Black History. A fantastic lineup of fun and engaging events starts at 5pm, including The Originals, a live mix-tape honoring music and poetry scions Gil Scott-Heron and Oscar Brown Jr.; a celebration hosted by the #VeryBlack project and #TeamMelanin; Hands Up: 7 Testaments, a series of monologues crafted by seven emerging black playwrights; and two sessions dedicated to exploring the legacy of the Black Panthers through film (Stanley Nelson’s The Black Panthers: Vanguard of the Revolution) and discussion (a “book club” meeting with Revolution Books’ Andy Zee). At the end of the night, Brooklyn-bred singer and storyteller Charles Perry will wow the crowd with a live performance. Admission is free, but your best bet is to arrive early because some events require an on-site RSVP. –N.R. 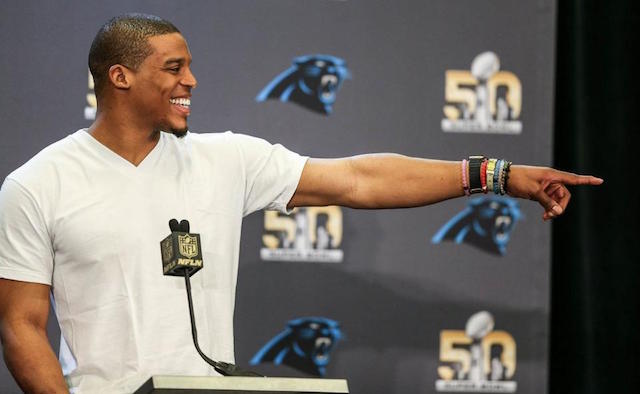 Will Cam Newton frustrate Peyton Manning’s fifth attempt to win the Super Bowl? There’s a lot of spots around town to watch this Sunday and see for yourself. Photo: Panthers.com

Sunday, Feb. 7 Four days and counting until the Super Bowl showdown between the Carolina Panthers and the Denver Broncos and you don’t have plans yet? No worries–it’s going to be hard to top last year’s surprise halftime performance by Missy Elliott, but at least we are guaranteed that Brooklyn bars won’t disappoint. We’ve rounded up just a few local venues hosting parties for the big game, so grab some buddies and get out there. If you’re in Park Slope, drop by Greenwood Park starting at noon for all-day specials, 50-cent wings, and $13 pitchers of ‘Gansett (or you can order wings-to-go if you order by Friday). Those looking to go big or go home can book a table at Paddy’s of Park Slope, which will be showing the game on seven HD screens, offering stellar beer specials, and providing a complimentary halftime buffet. Email teemark.paddys@gmail.com to lock down your spot. Further east, Bell House and Sixpoint are co-hosting a Super Bowl bash for the ages with $4 drafts, wings and pulled pork sandwiches for all. Admission is totally free (though we’re guessing space will be limited). Meanwhile, North Brooklynites will have a tough choice between two great parties. First up, the Knitting Factory will project Super Bowl 50 on a big screen and have burgers and wings from Federal Bar and super cheap drink specials. Tickets will be available at the door, but be sure to email rachelb@knittingfactory.com to book your table ahead of time. Meanwhile, Greenpoint Beer & Ale (formerly known as Dirck the Norseman) is throwing a beer blitz that involves a “pick six menu” of buffalo wings, short rib sliders, calamari, poutine, sweet potato fries, and skewers, which you can chase with the beer cocktail of your choice. May the best team win, or may it be a good game or, failing that, may we at least get some decently funny commercials out of the whole deal. –N.R.

Monday, Feb. 8 Calling all knitters looking for kindred spirits and some awesome winter projects: On Monday, ace hot chocolatier City Bakery will be hosting a Night of Knitting featuring reps from New York’s best knitting shops like Purl Soho, Brooklyn Tweed, and Knitty City. Bring needles and whatever you are working on and learn tips and techniques from the pros and fellow amateurs, enter to win prizes like patterns by local designers, and enjoy an all-you-can-eat feast and a special “Hot Chocolate for Knitters” developed especially for the event. Tickets are $45, which is not a lot to pay for dinner and the inspiration you need to finally finish that baby blanket for your niece who just turned six. –K.H. 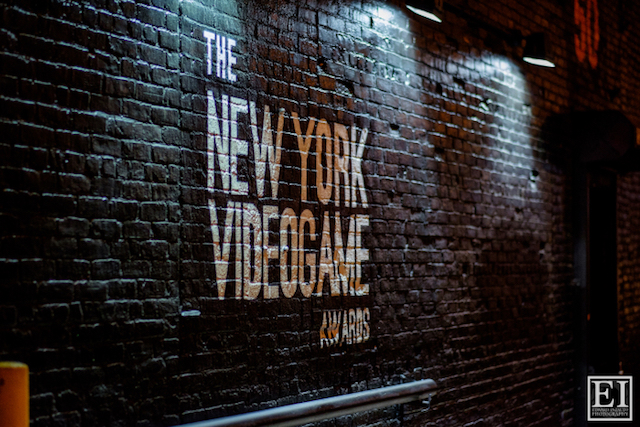 Tuesday, Feb. 9 Gamers of Brooklyn: Want to see your favorite games earn the awards you always thought they deserved? Then head to Villain this Tuesday night for the 5th Annual Video Game Awards. Hosted by the New York Videogame Critics Circle, the evening will celebrate the best in the video game industry for another stellar year of innovation. While The Daily Show‘s Owen Parsons hosts, prizes will be awarded for everything from Best Indie Game and Best Mobile Game to Best Game Journalism. The highly-coveted Legend Award will go to video game powerhouse Rockstar Games, followed by live music from Wyclef Jean and Tom Clark, who will perform songs from Fallout 4 and Grand Theft Auto V. Tickets (only available online) are $20 and include access to an open bar from Bronx Brewery for those 21 and up. The show begins at 8pm. –N.R. 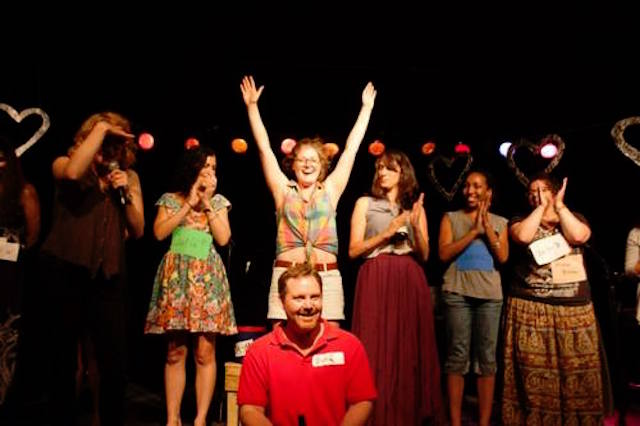 Ready to delegate the task of finding you a gf or bf? Check out Friends of Single People’s special Valentine’s Day show on Wednesday at Littlefield. Photo: Meatball Presents

Wednesday, Feb. 10 If you freak out every year because you are single on yet another Valentine’s Day, well, for starters, you should give yourself a break and remember that it’s just an arbitrary, pretty silly holiday. But, if you’ve absolutely had your fill of horrific blind dates and awkward Tinder encounters and you’re ready to do something about it, maybe it’s time you enlisted your friends to help you find love in a room full of strangers. Comedian Jo Firestone’s recurring live dating show at Littlefield, Friends of Single People, has a simple premise: serve people booze, let them mingle, and then have their friends get on stage and pitch them to prospective romantic partners. To date, the show has matched up five couples who are now in long-term relationships, so what do you have to lose? Tickets are $5 if you buy them online here, and the show starts at 7pm. –K.H.