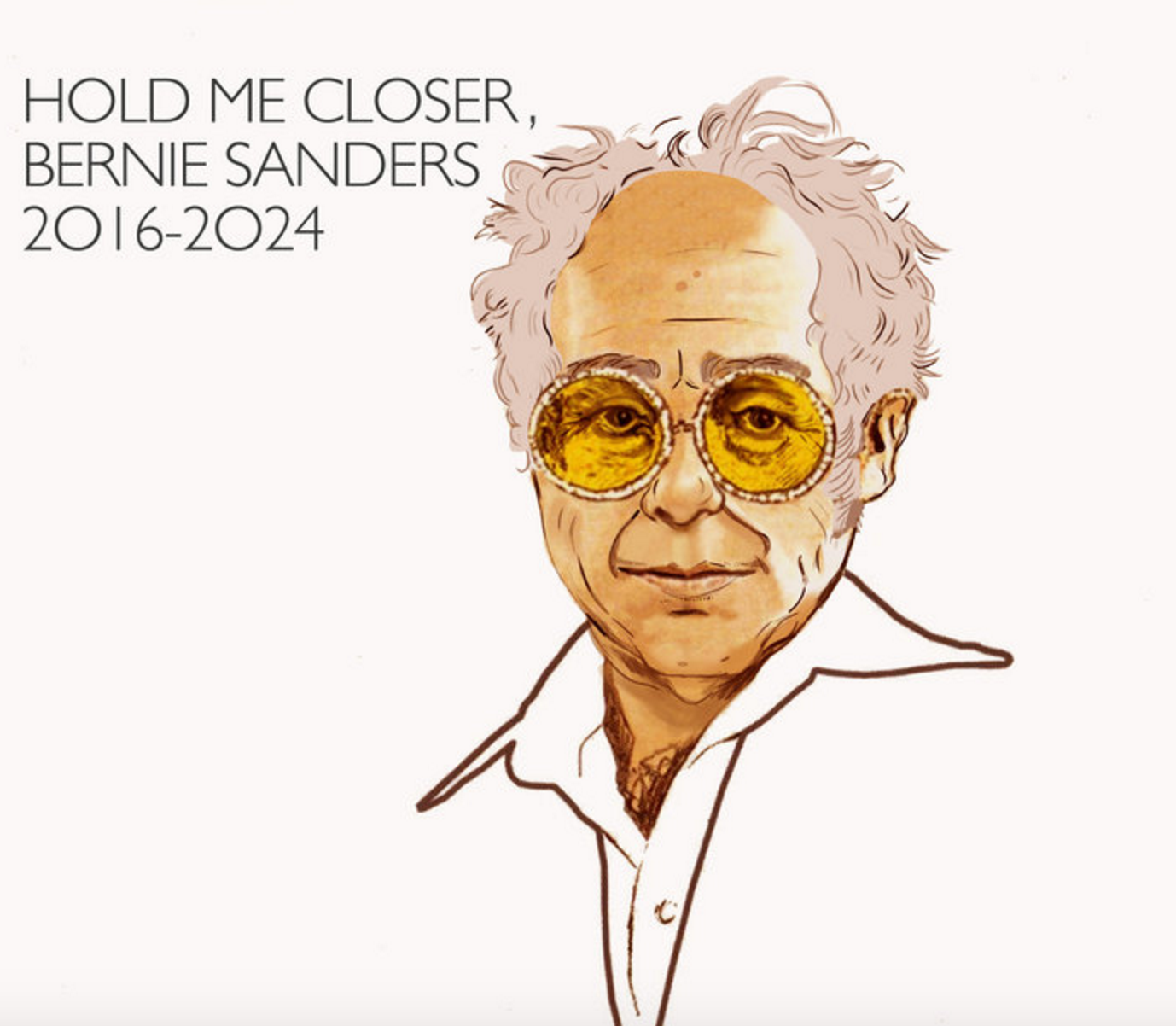 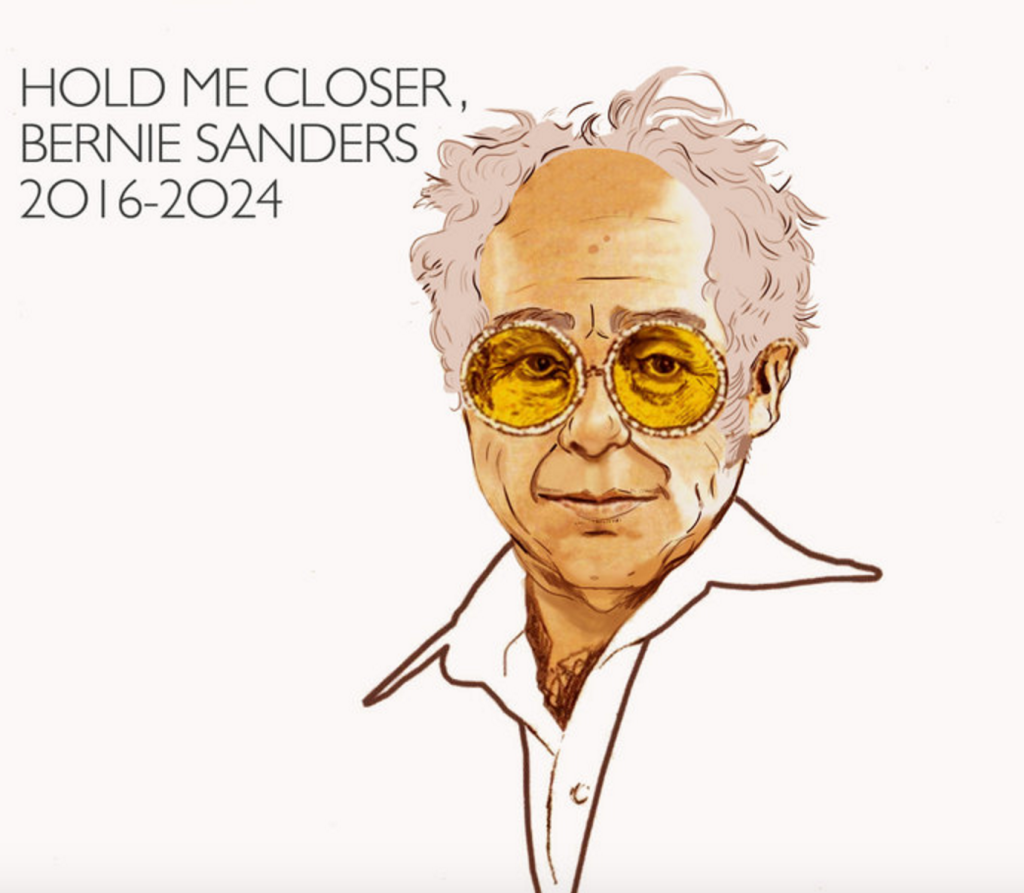 A YouTube link landed in our inbox last night, and the first clue of its content, prior to watching it, was an album cover mashup of Elton John and Bernie Sanders, with Bernie’s name above the years spanning his (potential, two-term) presidency, 2016-2024. The second was the song name, “Hold Me Closer, Bernie Sanders.” If you thought that Tony Danza riff on ‘Tiny Dancer’ was funny, watch this.

MIXTAPE: a cover band for hipsters—who is playing our Wedding Crashers Live showcase Feb. 22—came up with the parody after a recent gig. When their set was over, Elton’s classic song came on, and lead singer Melanie Flannery’s husband, Danny Sher, the drummer, started singing, “Hold me closer, Bernie Sanders…” Flannery says she rolled her eyes, then laughed hysterically. “You know,” she said at the end of the night, “I think there’s something there and I think we could really do something with it.”

This wasn’t much of a stretch for Flannery and her husband, who may be feeling the Bern now, but have always been politically active. Flannery worked for Amnesty International earlier in her career and her husband, she says, “follows politics like most people follow sports.” They were at Obama’s first inauguration, but it never occurred to them to write a song for him as they have for Bernie.

“We love to make music, and we’re all really inspired by Sanders. It just made sense.” Flannery wrote the lyrics, and together with her husband, their sound engineer, Alex Wernquest, Wesley Nichols and Wernquest’s girlfriend Lindsey Poleck (who helped fine tune the words), they recorded the whole thing in Wernquest’s Catskills studio, Basement Floods, on Super Bowl Sunday afternoon. It’s up on their site, holdmecloserberniesanders.com, where there is a link to donate to his campaign, too.

“We wanted to launch it as the New Hampshire primary results were coming in. We knew he was going to win, and we wanted something to rally around. We want people to celebrate with it, be inspired by it and I wanted people to have a bit of a laugh.”

Asked if she could imagine writing a similar song for Hillary if she were to get the nomination, Flannery emailed back, “That’s a tough one. I can imagine it, because I don’t think she’s an awful candidate, just not my preference, and certainly better than any option on the right. I think the first line would be, ‘Chicago baby, was First Lady, now the first femme president.'” That works, but it doesn’t have the same element of surprise as the first line of her Sanders tribute, when Flannery switches “seamstress for the band” to “Polish-American Jew.”