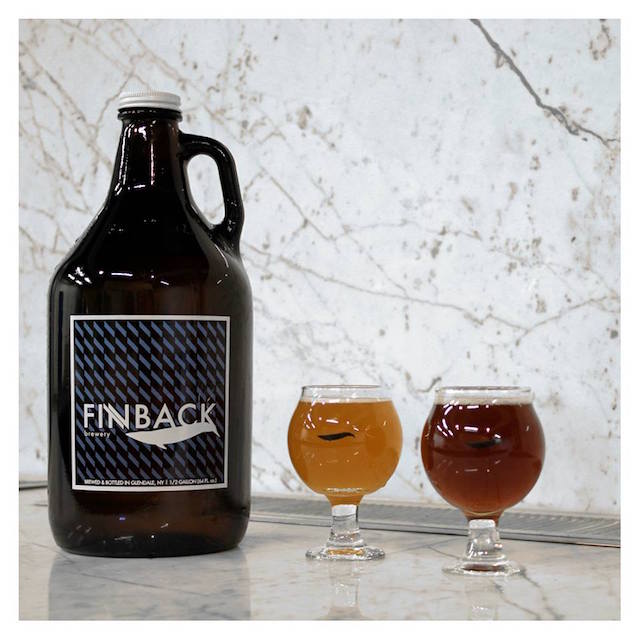 What a week! Valentine’s Day, Presidents’ Day, wild and seemingly unprecedented temperature fluctuations, random snowstorms, the death of (and immediate rampant politicalization of the death of) a Supreme Court Justice, German Short-haired Pointer victory, and now Johnnie Cochran has joined the Dream Team on The People v. O.J. Simpson: American Crime Story! It’s a lot to take in, so if you want to relax, decompress, and maybe enjoy a laugh or a drink or two, we’ve got heaps of ideas for you for the week ahead.

First up, NYC Beer Week and its extensive schedule of brew-centric events kicks off on Friday, but if you want to get a head start you can sign up for Thursday night’s Finback Brewery Beer Dinner at The Roof at Whole Foods. For $60 per person, you get a delicious five-course tasting menu with beer pairings from the acclaimed Queens brewery.

You can also let off some steam on Saturday night at Brooklyn Bowl’s Drake v. Kanye Tribute Party starting at 11:30pm. Advanced tickets are sold out, but there will be tickets available at the door, first come, first served. Seinfeld fans won’t want to miss a special variety night dedicated to the enduringly-popular and highly quotable TV show about nothing at Cobra Club on Wednesday night.

If you’re wedding planning, or even if you’re not, we’ve got an awesome showcase on Monday at the Bell House featuring bands that have played with the Yeah Yeah Yeahs, Willie Nelson, David Byrne, Lauryn Hill and more, plus a gramophone DJ, a GIF photobooth, live poets, and other performers who will make your event super fun. Tickets are $10 in advance.

We’re just getting started, though–an entirely new Ideal Week in Brooklyn awaits, so keep reading for a plethora of potential plans to choose from: 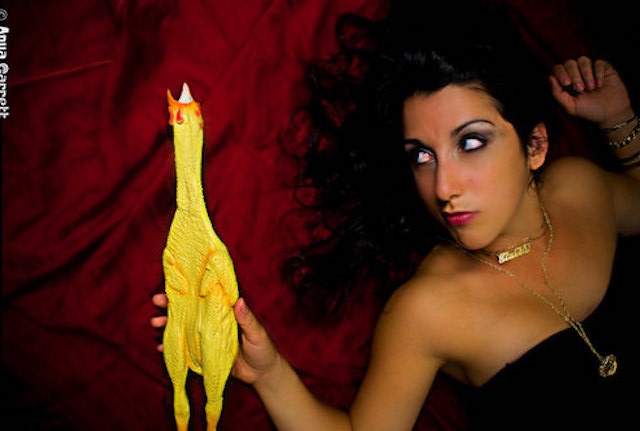 Thursday, Feb. 18 Giulia Rozzi is a Boston-bred comedian who has been realllllllly busy for the past couple of years. In addition to entertaining New York audiences with regular sets at comedy clubs around town, Rozzi won a Moth GrandSlam competition, gave a TEDx Talk, wrote for shows like MTV’s Girl Code, co-hosted the Hopefully We Don’t Break Up podcast, co-wrote a web series called Seeing Other People, appeared on shows like Chelsea Lately and The Jim Gaffigan Show, and created this awesome Making A Murder Hairstyles tumblr that blew up everyone’s Twitter feed earlier this year. Just last week, Rozzi released a brand-new comedy album, True Love, and she’s celebrating with a free album release party at Threes Brewing on Thursday night. Starting at 8pm, there will be a comedy show featuring the lady of the hour plus very funny friends Matteo Lane, Michelle Buteau, Robert Dean, and Rebecca Vigil (plus some more surprise guests). After the laughfest, stick around for a DJ dance party at 10pm in the main bar. –K.H. 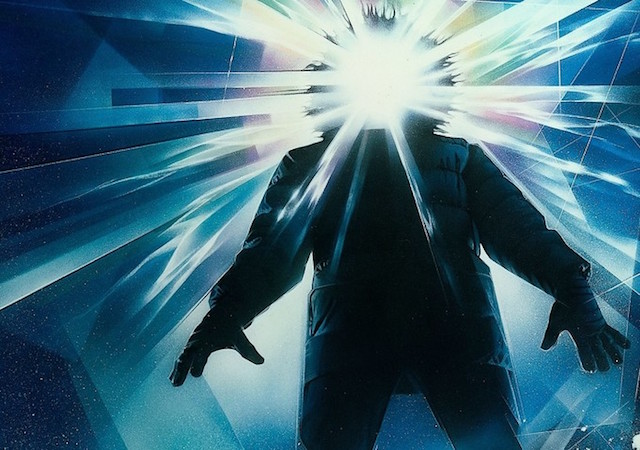 John Carpenter’s 1982 alien thriller The Thing is back on the big screen this weekend at Nitehawk.

Friday, Feb. 19 When John Carpenter released his horror classic The Thing in 1982, it lost a lot of thunder to a little movie that presented a much cuddlier vision of aliens called E.T. Luckily, you can finally pay proper homage to The Thing this weekend, when Nitehawk Cinema is giving it the big screen treatment starting at midnight on both Friday and Saturday nights. You could certainly do worse than spending the wee hours of a winter weekend night watching a young Kurt Russell save the world from a shape-shifting, murderous alien, and we haven’t even talked yet about how you can order cocktails and snacks to your seat. — K.H. 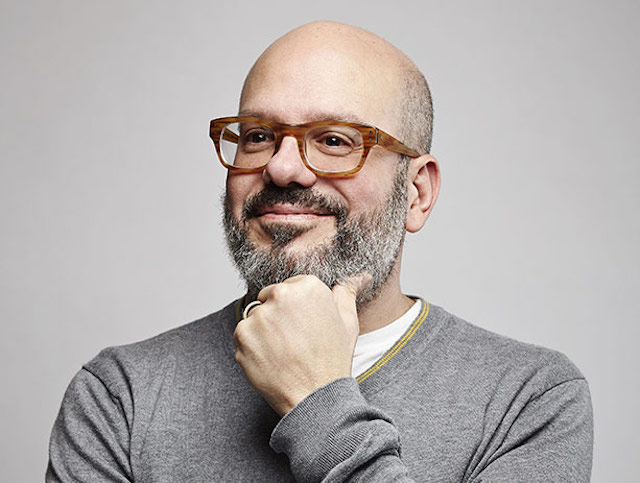 You can still snap up tickets to see the man who gave us Tobias Funke at BAM in March, plus catch some other great storytellers this Saturday night. Photo: BAM

Saturday, Feb. 20 Leaving the popularity of essays about moving out of New York City aside, everyone who lives here knows that it’s not every city that provides so much material. Does the constant stream of stories we all collect every day just from walking around on the streets, riding the subway, and interacting with the other eight million plus weirdos who call this crazy place home justify the exploitative rent? We’ll table that for later discussion, but in the meantime, on Saturday night, you can hear a group of comedians, writers, and other talented raconteurs share their unique and memorable New York memories at BAMcafe’s Def Story Slam, which starts at 9pm and is free. While you’re there, consider picking up tickets for another evening of hilarity on the horizon: David Cross is back on tour after a six-year break and will be performing at BAM on March 25. –K.H.

Sunday, Feb. 21 Celebrating Black History Month can (and should) go far beyond just honoring the legacies of famous figures in African-American history, and one way to widen the scope is to support local black-owned businesses. This Sunday afternoon, head to Restoration Plaza for an afternoon of networking and camaraderie at the 3rd Annual Black Owned Business Expo. Dozens of vendors will be showcasing their wares and businesses amid live music, entertainment, and lots of delicious food. Tickets are $11; doors open at 2pm. –N.R. 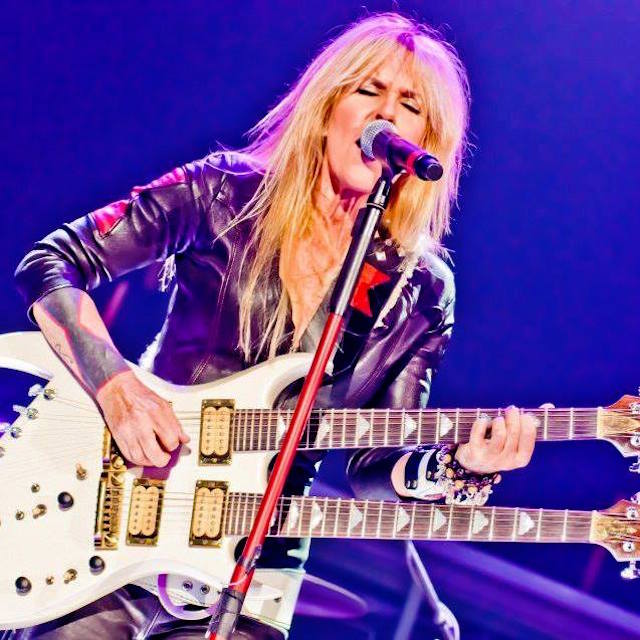 The Queen of Metal, Lita Ford, has a racy-sounding memoir out and will be reading and singing copies at St. Vitus on Monday night. Photo: Buffalo Ray

Monday, Feb. 22 It’s unclear how former Runaways guitarist and rock legend Lita Ford escaped the 2000s without having a Behind the Music made about her, but it’s high time we heard her story, which apparently includes liaisons with Nikki Sixx, Eddie Van Halen, Jon Bon Jovi, and Richie Sambora, to name a few. As luck would have it, Ford has written a new tell-all entitled Living Like a Runaway, and she’ll be reading from it and signing copies at Greenpoint metal venue St. Vitus on Monday night. Your $26 ticket includes a copy of the memoir. The event, which is being presented by WORD Brooklyn, starts at 7:30pm. –K.H. 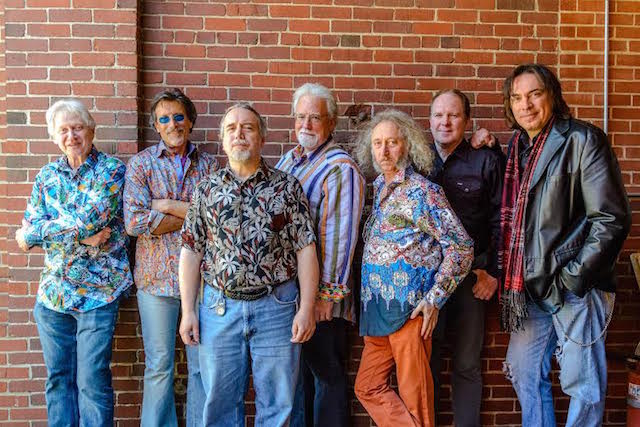 Tuesday, Feb. 23 The bad news is that the Allman Brothers retired in 2014, bringing an end to their annual month-long takeover of the Beacon Theater. The good news is that you can still see Statesboro Blues, Midnight Rider, Whipping Post, and all the other hits performed live by Live At The Fillmore, the definitive Allman Brothers cover band. They will be at Brooklyn Bowl on Tuesday night channeling the band in its 1969-1971 iteration, an era that culminated shortly before Duane Allman died and Dickey Betts and Berry Oakley left the band, when the Allmans tore down the house at Bill Graham’s long-defunct Fillmore East Auditorium in New York City and set a new standard for live rock concerts in the process. Tickets for the show are $8 and it starts at 8pm. –N.R. 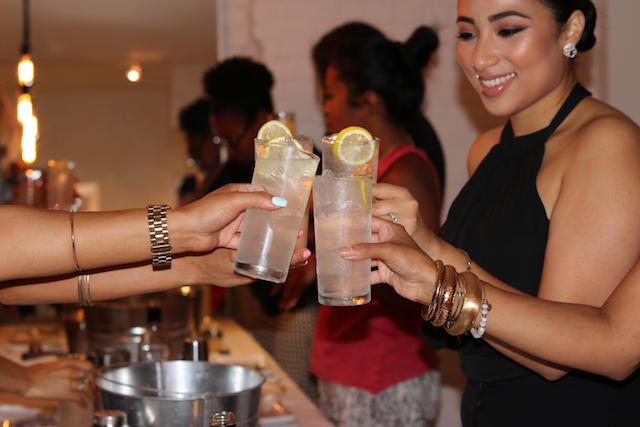 Take away some of the anxiety and awkwardness of networking by learning how to make cocktails and cheese at Humboldt & Jackson. Photo: Made Real

Wednesday, Feb. 24 Let’s face it: Networking is, for the most part, about as fun as a root canal. But what if you add some DIY cocktails and cheese-making to the mix? This Wednesday evening, head to Humboldt & Jackson in Williamsburg for Movers Meet Shakers, a networking event that’s way more fun than your run-of-the-mill meetup. Attendees will learn how to make two vodka-based cocktails and have the opportunity to throw one back to take the edge off. Afterwards, there will be a hands-on ricotta-making class because, well, ricotta is delicious. Tickets will set you back $65 dollars, doors open at 7pm. –N.R.