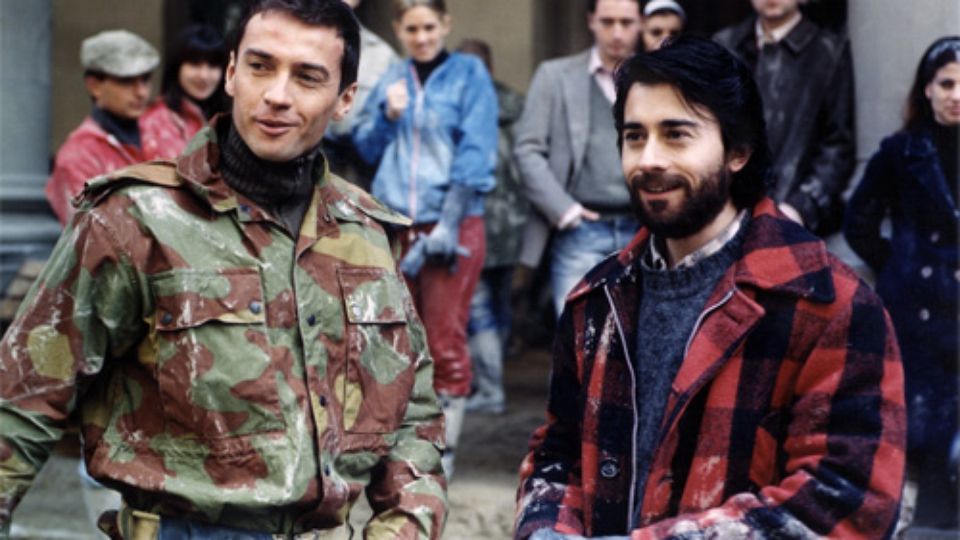 If you are a lover of television, this midwinter stretch might be bumming you out. We liked, but didn’t fall head-over-heels in love with Vinyl last weekend. Maybe that will change. Network television and all its guilty pleasures has abandoned a regular schedule, with some shows on hiatus until March (looking at you, Nashville). There’s no Game of Thrones, True Detective or Great British Baking Show to obsess over right now. It’s enough to make you watch The Last Witch Hunter, which Amazon has been endlessly promoting. (Please, don’t do this yourself. Take a walk or have a conversation with another human being instead. Believe me, you don’t want to see Michael Caine like this.)

If you need some new viewing inspiration for these chilly winter nights where you just want to curl up on the couch, here are five shows and movies you may have missed.

If you still miss Six Feet Under, or Parenthood, or Friday Night Lights, or just need a good cry. Watch: Best of Youth, on Netflix. It’s easy to find another procedural if you’re a detective story junkie (guilty, and you would not believe how many British mystery series there are). It’s harder to find a show where you come to really love the characters. Best of Youth won’t hold you for long–it’s a six-hour film that was originally conceptualized as a mini-series for Italian television (yes, there are subtitles). It spans from the 1960s through the early 21st century, following the parallel stories of two brothers whose lives take very different paths. I don’t want to give anything more away, but it is such a lovely, satisfying watch, well worth a couple nights of consecutive viewing. 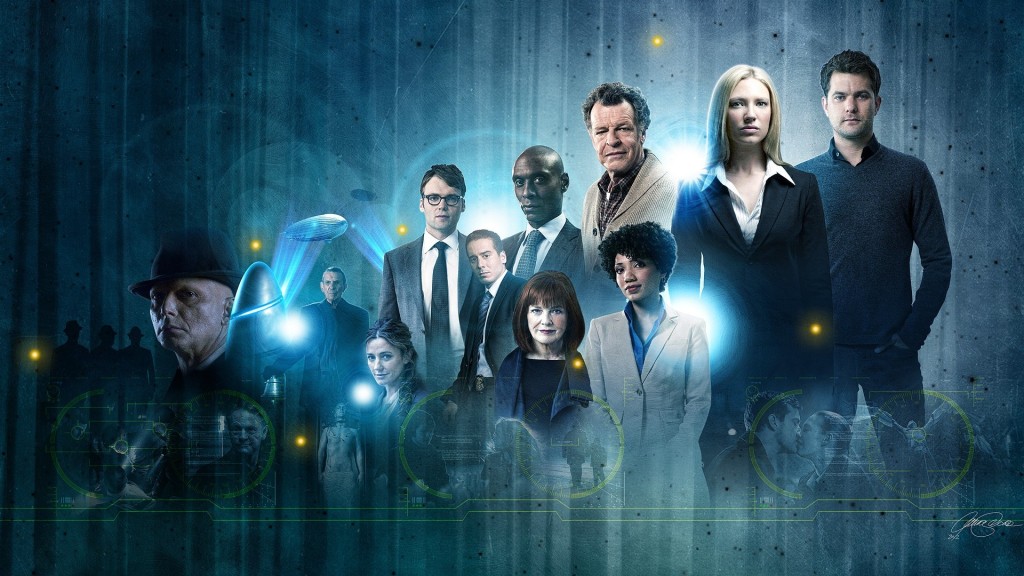 Fringe is just the dose of sci-fi fun you need right now.

If you’re sad that The X-Files reboot has almost reached its conclusion (or, you’ve been totally disappointed by it). Watch: Fringe, 100 episodes on Netflix. If you need a new dose of where law enforcement-meets-government-conspiracies-meets-quantum-weirdness, watch Fringe. The first season starts out like a procedural (Lance Reddick oozes gravitas, as usual, as an FBI agent), with a sci-fi twist, and quickly evolves into something entirely different. It’s a family drama, and a love story, played out in a multiverse that keeps getting more and more complicated, and yes, it’s a cop show, too. If that sound ponderously dull, there are also isolation tanks, acid trips, obsessive snack procurement, thinly veiled references to MKUltra and John Noble playing Dr. Walter Bishop, one of the most affable wacky geniuses you’ll ever meet on your television. Also, Leonard Nimoy. Pro-tip: Season four really bogs down, sort of X-Files style, with too many alternative universes and throwaway subplots. You can skip some of it, so long as you watch episode 19, Letter of Transit, as it forms the basis for the entire arc of season five. 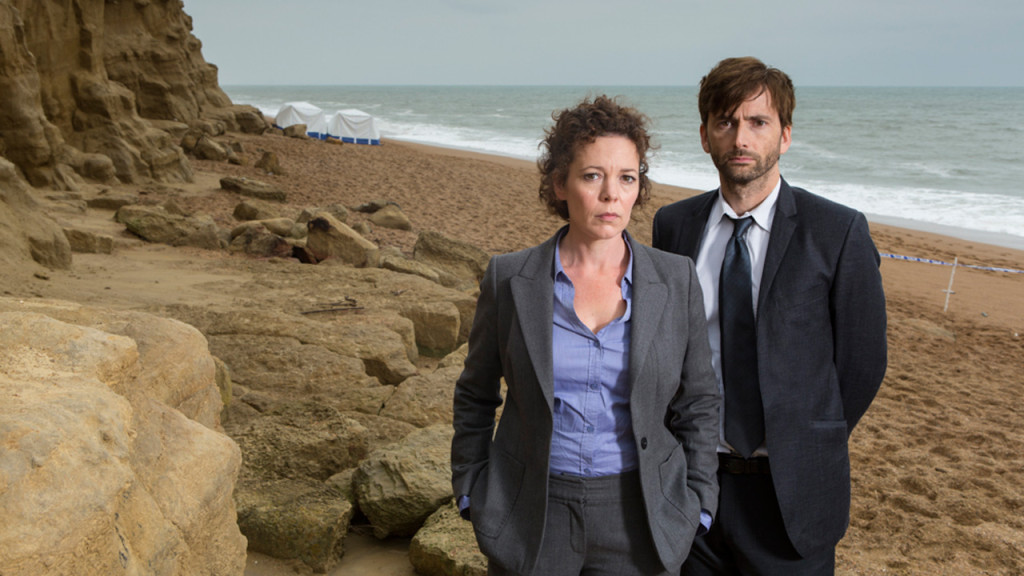 The Brits really know how to make a detective show.

If you loved The Killing. Watch: Broadchurch, two seasons on Netflix. The Killing, at least in my house, was a very divisive show. Some viewers (my husband) couldn’t stand the slow pace and the “wait, but what?” ending to season one. I loved it, especially for the slow-building rapport between detectives Linden and Holder. Broadchurch, a BBC show, has a similar set-up–a murdered child, a family with secrets, an odd couple team of detectives, a story that moves slowly, until it moves very quickly. Season three shoots this summer, so you’ll have another installment to look forward to when  you finish the two that are currently available. 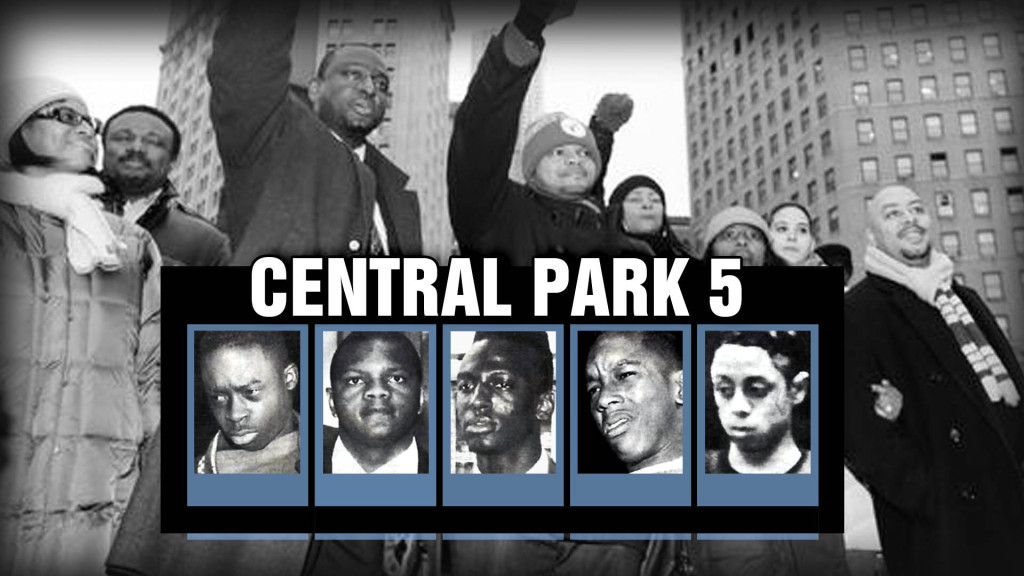 The Central Park Five is another story of complete failure from the criminal justice system.

If you were outraged by Making a Murderer. Watch: The Central Park Five, on Netflix. Reasonable people can come to different conclusions about whether Steven Avery actually committed a crime or not. Watching detectives interview his nephew Brendan Dassey though, a teenager who later asks his mom to define “inconsistent” for him (she doesn’t know what it means either), without a guardian or a lawyer present, is one of the most infuriating things I’ve ever seen–largely because precisely this type of interrogation directly resulted in the wrongful conviction and imprisonment of five young men in New York City decades earlier.

The Central Park Five, by Ken Burns, Sarah Burns and David McMahon, teases out how five boys were transformed from normal teenagers into the bogeymen of urban decay by a frenzied media, racism, fear and bad police work. In 1989, five black and Latino teenagers were accused, and eventually convicted, of raping and nearly killing a white jogger in Central Park. Detectives told the boys that they could go home if they just admitted to attacking the victim, and there’s archival video footage and audio recordings of this in the documentary that bear more than a passing resemblance to the interrogations the Manitowoc police conducted with Brendan Dassey.

Raymond Santana, Kevin Richardson, Antron McCray, Yusef Salaam and Korey Wise all went to jail, and Matias Reyes, the serial rapist who actually attacked Trisha Meili, killed another woman before the police apprehended him. They did not connect Reyes the to Central Park case at that time, and he didn’t confess to it until 2002, while serving a life sentence. All five were exonerated, an in 2014, the City of New York settled with them for $41 million. The documentary is scrupulously reported, and presented with care, respect and compassion. A real must-watch for students of New York City history.

If you’ve never watched The Good Wife. Watch: The Good Wife, six seasons on Hulu. There seems to be a misconception out there that The Good Wife is some kind of ladies who lunch tale of personal redemption about a politician’s wife in the aftermath of his very public affair. That’s a deep disservice to a show that is one of the smartest on television right now, and which is often much funnier than you would expect. There’s a real Aaron Sorkin vibe to the dialogue, but at a slightly more realistic pace. You’ll recognize a lot of “Chicago” as places you know and love in Brooklyn, and truly, The Good Wife deftly balances weekly episodes with season-long story arcs in way that always feels fresh, taut and exciting. Watch it for cameos from actors like Ana Gasteyer, Michael J. Fox, Denis O’Hare, Tony Goldwyn and Gary Cole. Or, just do it for Alan Cumming, who plays a constantly apoplectic political operative.