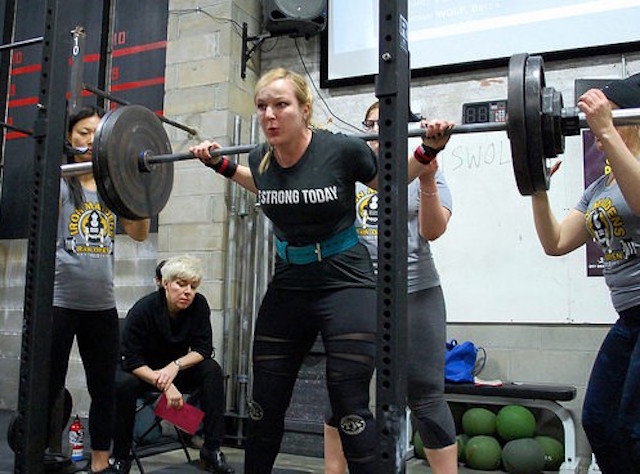 We’re coming off a big Oscars and Super Tuesday week, and if those contests left you less than thrilled with their results, at least you can throw your full support behind another set of competitors vying for first place in Brooklyn this week. That’s right, the Iron Maidens Raw Open, an all-female weightlifting competition celebrating women in barbell sports, is happening this Saturday at CrossFit South Brooklyn. The event is attracting contestants of all ages and skill levels from across the tri-state area and if watching superstrong ladies deadlift nearly 400 pounds isn’t cool enough for you, the money raised will support a college fund for low-income women.

If, on the other hand, you’re looking to get out of Dodge, sign up for RootedNY’s winter trip upstate on Saturday and learn all you ever wanted to about maple syrup and spirits production. Tickets are pricey at $125, but keep in mind that covers round-trip transportation to and from the city, tours of Crown Maple and Denning’s Point Distillery, a full sit-down lunch and cocktails. Staying local? The beloved Ridgewood Night Market returns to Gottscheer Hall from 5pm-11pm, so head over to peruse over 40 vendor tables and enjoy local food and entertainment.

And if it’s starting to feel like spring is in the air, well, why not start making some plans to get the most out of it? For example, you can register now for the Brooklyn Greenway Initiative’s nighttime Brooklyn Bike Rave scheduled for May 14. Hundreds of cyclists dressed in the glow-in-the-dark and bedazzled garb will ride the 7.5 miles from Greenpoint to Red Hook en masse, which sounds like an awesome way to welcome the good weather that is shortly on its way.

We’ve got more stuff for you to check out during this Ideal Week though, so keep reading and get psyched for the good times that lie immediately ahead. 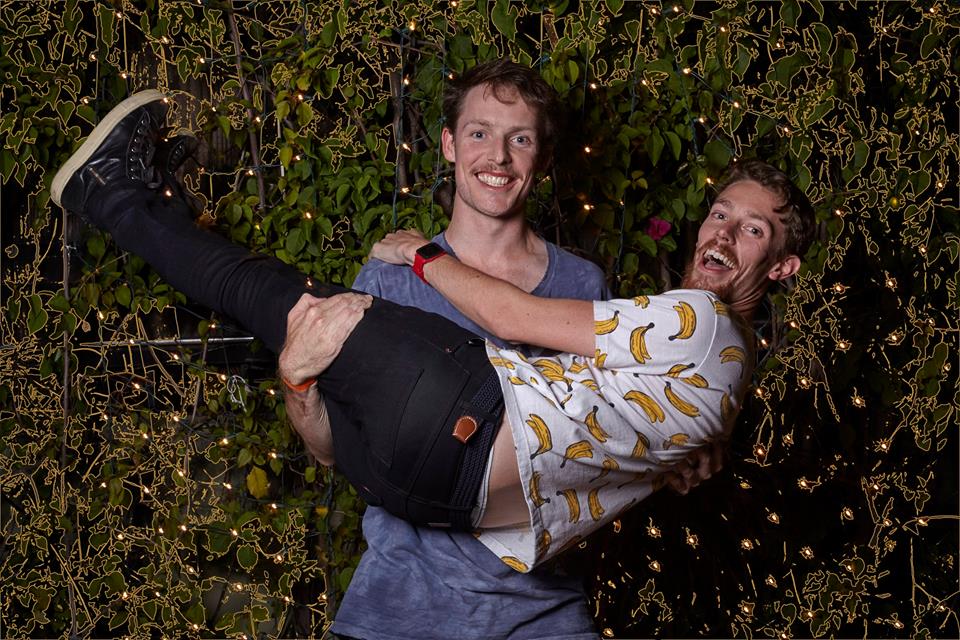 Thursday, March 3 It might seem like there’s only so much to say about the travesty that was Sex and the City 2, but somehow comedians Tim Batt and Guy Montgomery have managed to not only watch the box office bomb once a week every week for the last year, but also to host a 30-minute podcast after each and every viewing (or a cumulative 15,288 minutes). Unsurprisingly, they’re finally ready to put the thing to bed and are celebrating the end of an era this Thursday night at their The Worst Idea of All Time Finale Extravaganza at the Bell House. There will be a “final and conclusive” discussion of SATC 2, a Q&A session with the men of the hour, and then some top-notch standup comedy to close out the show. Tickets are $30, doors open at 7pm. –N.R. 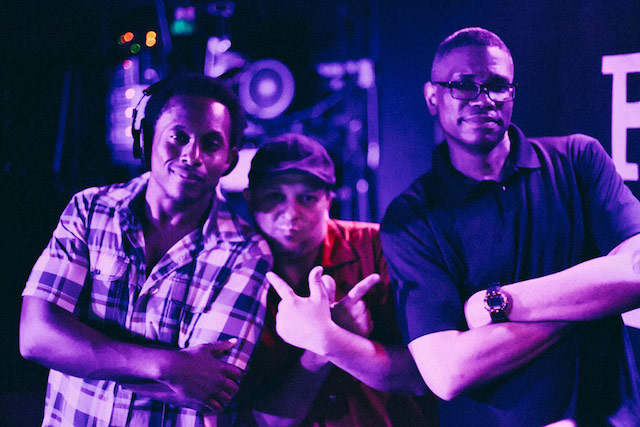 Friday, March 4 I Know You Got Soul, Brooklyn’s premier funk and soul dance party, has been providing bumping Friday nights once a month for more than a year at venues like The Bell House. Starting this Friday, DJs Pat, Jae Trevor and Ben the Beyonder will be spinning 60s funk, space-age funk, and all kinds of soul-stomping beats at I Know You Got Soul’s new home: the always fabulous Freddy’s Bar on Fifth Avenue. The tunes start at 9pm and entrance is totally free. A dinner consisting of one of nearby Korzo’s famous fried burgers will give you enough energy to bust your moves until late into the night. –K.H. 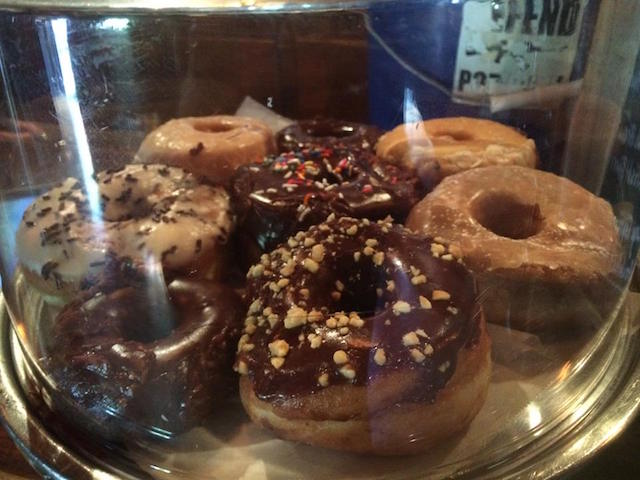 Saturday, March 5 Williamsburg’s The Flat/Brooklyn Speed is a cozy-looking spot serving up both cocktails and organic, fair-trade coffee, two of my favorite things, so it’s pretty surprising that it has somehow flown under my radar. Now that I hear they’re handing out free doughnuts, it’s definitely on my list for this weekend. Starting at 9am on both Saturday and Sunday, the shop is hosting the Great Dough Down, which will allow customers to sample four of Brooklyn’s best doughnuts, free with the purchase of any drink, and vote on the winner. The catch? It’s first come, first served and supplies are not likely to last very long, so you might have to get dressed and brave the streets a little earlier than you usually do on a Saturday morning. –K.H. 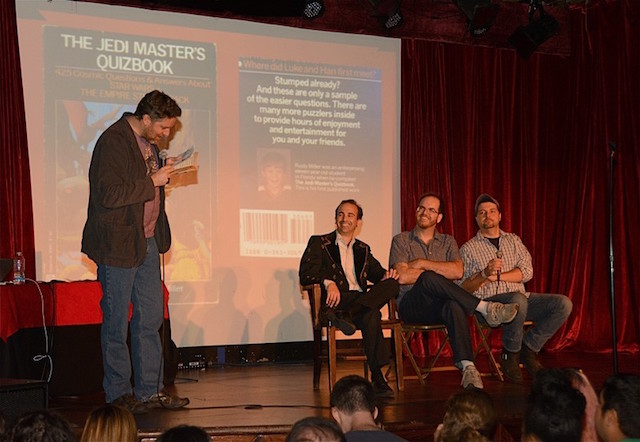 Nerds, geeks, and trivia buff from all over the borough will gather at Littlefield on Sunday to show off their smarts at the Third Annual Brooklyn Brain Jam. Photo: Kevin Geeks Out

Sunday, March 6 I dunno about you guys, but I feel like watching the political circus we’ve been treated to for the past month or so may have actually made me dumber, which really doesn’t bode well for me or for the country as a whole in 2016. The good news is that Littlefield is hosting the third annual Brooklyn Brain Jam, a day-long fest featuring brainteasers, trivia, and other nerdy stuff to help all of us get back into tip-top smartypants shape, this Sunday starting at 2pm. Tickets are $12 if you buy them in advance, and include interactive games, demonstrations, and presentations from popular geek-centric institutions around town, like Nerd Nite, Kevin Geeks Out, and The Big Quiz Thing. In short, you’ll have everything you need to test your mental acuity, plus a live DJ set, food from DUB Pies, segments from comedy talk show the Comic Book Club, merch tables, contests, and prizes. –K.H.

Monday, March 7 It can be extremely stressful searching for an apartment in New York City, but the situation can turn even worse if your new landlord turns out to be less than ideal. This Monday evening, drop by The Brooklyn Bar Association Auditorium for a public education session about landlord/tenant law and learn what rights you have when it comes to renting an apartment. The 90-minute session will touch on landlord tenant proceedings, landlords’ obligations under local and state law, and tenants’ rights, and the whole thing is free. To RSVP, shoot an email to Avery Okin at aokin@brooklynbar.org. The session begins at 6pm. –N.R. 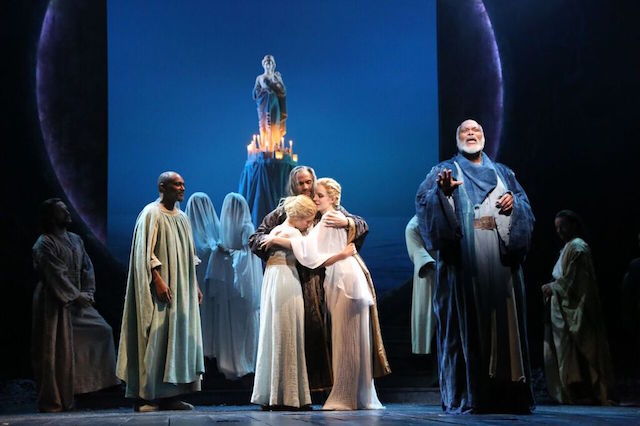 See the Theatre for a New Audience’s latest production, Shakespeare’s Pericles, before it closes its run on March 27. Photo: Gerry Goodstein

Tuesday, March 8 Fort Greene’s Theatre for A New Audience is, in my opinion, one of Brooklyn’s best-hidden treasures, and one of the few places in the city where you can still see top-notch stage productions even if you don’t manage your own hedge fund. (I would make a joke here about giving up my first born child to see Hamilton but I honestly don’t think my first born child would be enough to get one of those tickets.) On the other hand, if you are 30-and-under or a student of any age, you can snap up tickets to see a show at TfaNA for just $20, and it’s a relatively reasonable $75 or so for the rest of us. Shakespeare-o-philes should definitely check out the current staging of Pericles, which runs through March 27. The romance and adventure tale is the 35th of 37 Shakespeare plays that acclaimed director Trevor Nunn has taken on in his personal quest to cover them all (although, full disclosure, the Bard’s authorship of the work has been the subject of centuries of scholarly debate), and the titular role is played by supremely talented Shakespeare vet Christian Camargo. I had the pleasure of attending last week, and, despite having no familiarity with the play beforehand, found the performance to be very well-acted, surprisingly moving, and innovatively staged. –K.H. 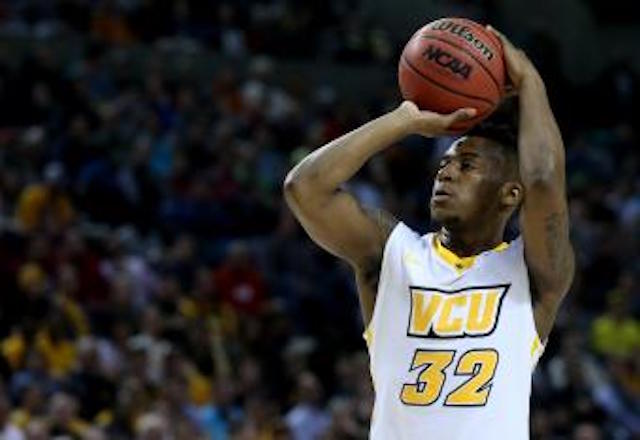 Watch Melvin Johnson and other college hoops stars duke it out for March Madness bracket placement at the A-10 conference championship tourney hosted by the Barclays Center. Photo: VCU

Wednesday, March 9 Spring fever may be just around the corner, but March Madness is already upon us. Starting this Wednesday, March 9 and through the weekend, the Barclays Center will host the Atlantic 10 conference championship tourney for the fourth year in a row. Fourteen teams, including NYC’s own Fordham and perennial squads to watch like VCU, Davidson and St. Joe’s, will vie for a spot in this year’s NCAA tournament bracket, and you can catch all of the action live (sans interminable commercials for Enterprise and State Farm). Tickets start at $24 per game or you can go big and cop tickets to the whole tournament for $145 and up. Tip off for the first matchup is at 6:30pm on Wednesday. –N.R.