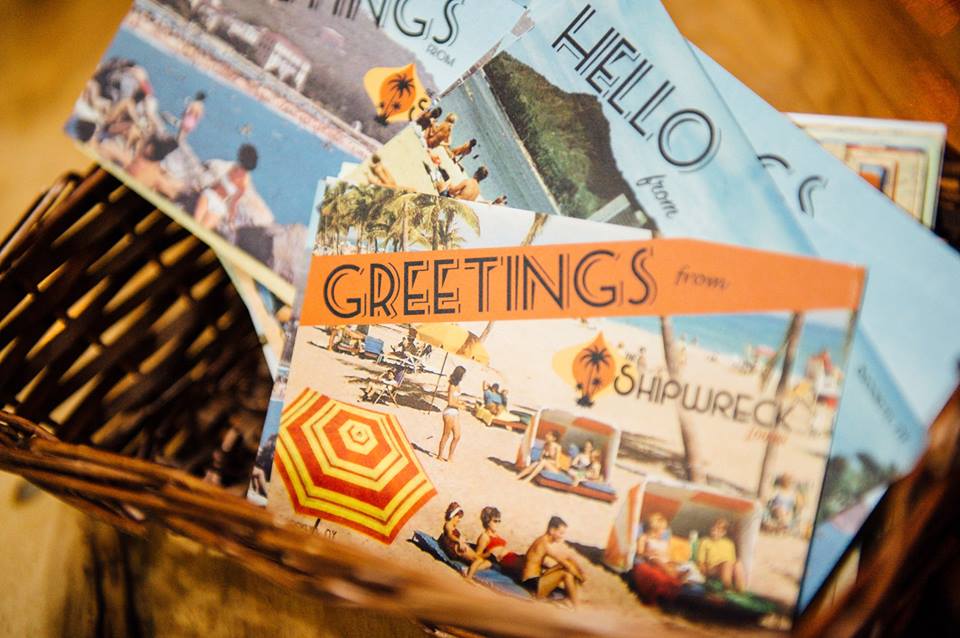 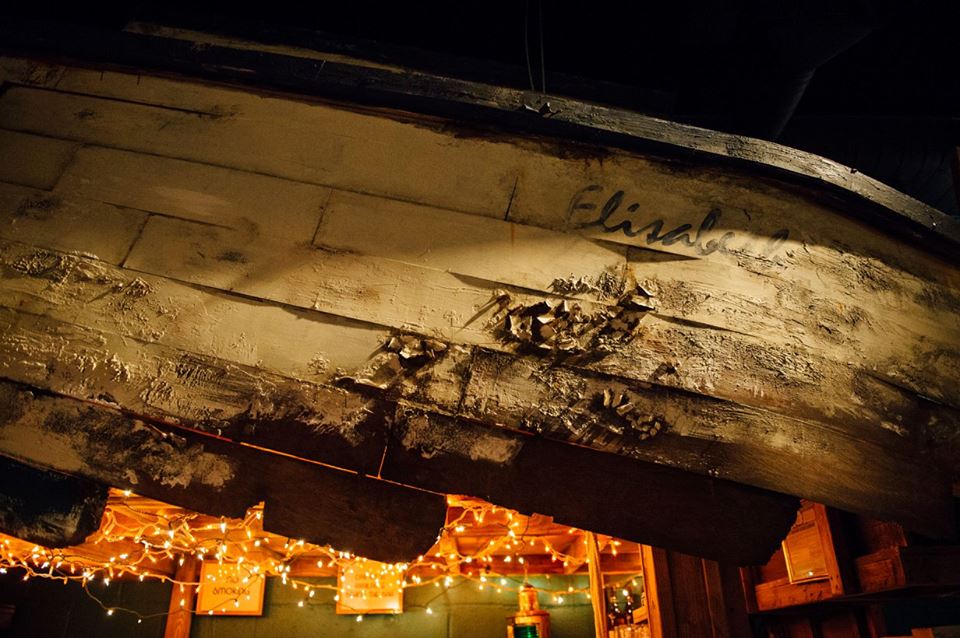 The Shipwreck Lounge is not the only tiki bar in Brooklyn. Nor is it the only late night speakeasy. But it just might be the only watering hole that plunges you so deeply into its carefully constructed world that your reality shifts before you even take a sip of drink.

Tucked behind an unremarkable set of tagged-up gray steel doors on an industrial section of Troutman Street in Bushwick, the Shipwreck Lounge doubles as part of the set for The Grand Paradise, the new immersive theater and dance experience by Third Rail Projects, the masterminds behind Then She Fell. Neil Patrick Harris and Jon Hamm have both been out to Bushwick to experience it, and the show has garnered attention from NPR and The New York Times. 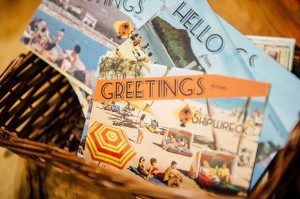 If you’re not familiar with the idea of immersive theater, (Sleep No More is probably the most famous recent example of the genre), these are performances that create entire worlds and then set the audience loose inside. The Grand Paradise transports visitors to a 70s island resort, where they explore themes of awakening, liberation, longing and rebirth.

And, of course, there are cocktails.

“We wanted to bring a certain bit of realness to every environment in the place, so if we’re going to have a beach then let’s have five tons of sand on the ground,” says co-artistic director, Tom Pearson. “We knew we wanted a resort feeling–everywhere you turn there are piña coladas–it was important to the world we were making.”

While Third Rail has extensive experience conceptualizing and bringing to life richly imagined immersive sets, the bar business falls outside of their particular skill set, so they partnered with a professional, Alicia Rebensdorf, owner of Tuffet in Williamsburg. “She’s been really smart and savvy about it,” says Pearson. ” She knows our work and gets the world we’re working with and honors that.”

“I’m not in the acting world,” says Rebensdorf, “Though, I am a bartender, so I suppose I am. But that’s my favorite part of this, working the scene.” 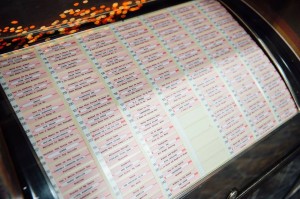 Part of the show takes place in the bar, during which the audience can order cocktails and shots (they use pre-purchased tokens, to avoid breaking the spell of The Grand Paradise while fumbling with their wallets). Rebensdorf suggests that in this intense world, The Shipwreck Lounge may offer audience members a moment of reprieve–ordering a drink is a familiar ritual.

While the bar is closed to the public during the two nightly performances, a Thursday through Saturday speakeasy scene is emerging, from 1am to 4am. There’s a free jukebox, stocked with 70s hits and heavy on the yacht rock, and all cocktails are $2 off (making them $12 each) and all beer and wine is $1 off. The carefully crafted tiki menu is worth the late night trip, even without the singular ambiance. 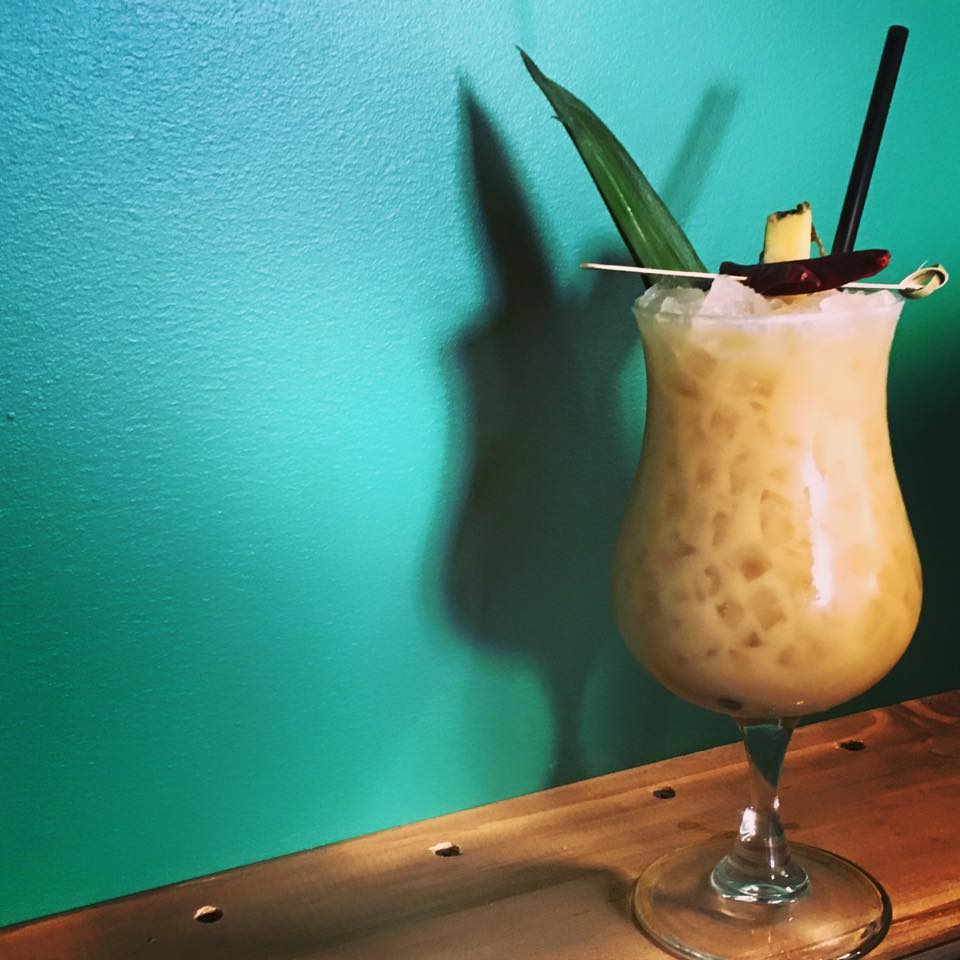 “So many tiki drinks are so dominated by flavors like pineapple and the standard tropical flavor profile, which is great, but having come up in the Brooklyn dining scene I wanted there to be something more modern in the drinks,” says Rebensdorf. “So I worked in herbal, bitter, sour and spicy notes. In every drink there’s something you don’t expect.”

The menu includes a smoky Dark and Stormy made with scotch, dark rum, fernet branca and ginger beer; a delicious banana sour that puts any Harvey Wallbanger, as good as they are, to shame; and an update to the piña colada that combines cardamom, mango and coconut milk.

While most of her drinks are probably not that easily made at home–there are several that are frozen in slushy machines–The Lifeguard, tequila, campari, lime and Fresca, might just be the inspiration for your new summer drink. “Fresca is about the most 70s thing I can think of, so I knew I wanted it somewhere on the menu,” says Rebensdorf.

For the cast and crew of The Grand Paradise, The Shipwreck Lounge has also become their post-show clubhouse, further blurring the lines between the bar in the performance and the bar in real life. Pearson noted that Rebensdorf had taken the lead on the logistics in such a way that the full scope of his own project didn’t hit him until it was up and running.

“I didn’t really fully comprehend that we’d opened and owned a bar,” he says, “Until I sat down and bought a drink and then I was like, holy crap.”