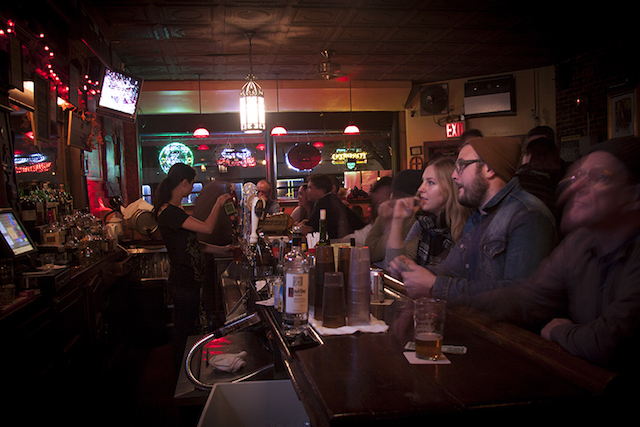 See Villanova and other teams from the field of 64 enter the Big Dance live and in person at the Barclays Center starting tomorrow. Photo: Villanova.com

Happy Wednesday, everybody! We’ve survived the Ides of March (well, all of us besides Marco Rubio) and are once again headed into the second half of the work week–yahoo! Take a break from filling out your March Madness brackets and read our tips on how to fill up your free time between now and next Wednesday.

First, we have a deal for you that’s guaranteed to sweeten your weeks all spring. Our friends at The Royal Palms Shuffleboard Club are offering Ideal Week readers $100 off league fees for their spring shuffleboard league. All the answers to your questions can be found on their league page; use the code bkbased100 when you sign up.

In other team sports news, if you don’t feel like braving the bar scene to watch the first two rounds of the tourney, you can do it in person this year because March Madness has officially come to the Barclays Center. Grab a ticket to see all the action live starting on Thursday–the scheduled match-ups include two-seed Villanova against UNC-Asheville and Notre Dame versus the winner of the early-round Michigan and Tulsa game.

This weekend, head to the Brooklyn Expo Center in Greenpoint for the 11th annual Brooklyn Coffee and Tea Festival, featuring more than 70 vendors from all over the world who will be pouring samples of their various caffeinated products for you to try. Tickets for a day pass on Saturday or Sunday start at $25 and are available here.

Finally, registration is now open for this summer’s Epic Ride on July 23. I participated in the 35-40 mile bike ride from Greenpoint to the Rockaways last year, and can attest that it is a very manageable, fun day of biking along the waterfront that supports the Brooklyn Greenway Initiative, a cause that we should all get behind.

Those are just a few ideas to get the planning juices flowing–read on for more stuff going on all week that you can really sink your teeth into: 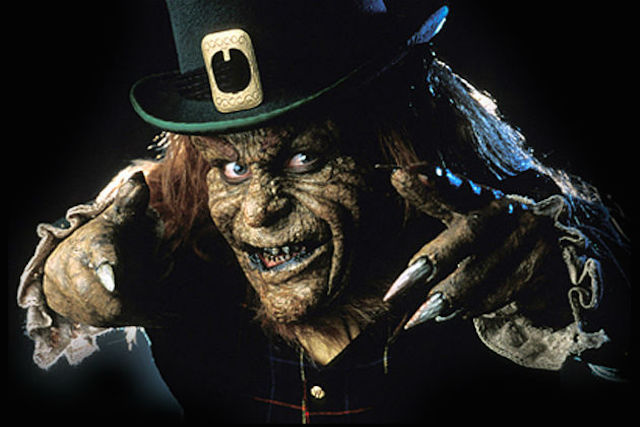 Nitehawk is screening the classic Aniston vehicle, Leprechaun, on Thursday and that’s just one of the St. Patrick’s Day options to choose from. Photo: Trimark Pictures

Thursday, March 17 If you think that celebrating St. Patty’s Day is just about drinking, make sure you don’t let another March 17 go by without digging into some classic Irish fare to go with your whiskey or beer. Greenpoint Beer & Ale, the bar and brewery formerly known as Dirck the Norseman, will be serving up traditional Irish cuisine like bangers and mash and corned beef and cabbage all night long at Thursday’s Greenpint bash. You can also get nice and tipsy for cheap, because any house-brewed porter on tap comes with a shot of Tullamore Dew Irish Whiskey for just $10. If it’s fiddle and guitar music from the old country you’re seeking, head to Park Slope’s newest Irish bar, Paddy’s, to see local duo Reel Celtic play a live show from 6-9pm. Finally, you can curl up with a good movie (OK, maybe good isn’t the word, but it is appropriately-themed) at Nitehawk Cinema, which will be screening 1993’s Leprechaun (featuring a pre-Friends Jennifer Aniston) at 9:30pm. –N.R. 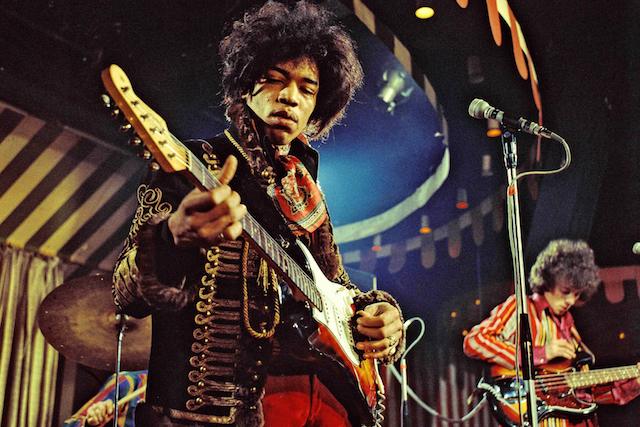 You might not be able to see Jimi perform live, but you can check out the Experience Hendrix Tour when it lands at King’s Theater on Friday night. Photo By Marc Sharrat / Rex Features, courtesy Everett Collection

Friday, March 18 Those of us who were born years after Jimi Hendrix’s untimely demise have been long-resigned to the fact that we’ll never see “Purple Haze” performed live by the master himself, but the Experience Hendrix Tour that is landing at King’s Theatre this Friday night might just be the next best thing. Now in its second decade, the tour perennially draws an array of A-list musicians to pay tribute to the man who was arguably the most influential guitarist of all time. This year’s slate includes blues legend Buddy Guy, former Ozzy Osbourne guitarist Zakk Wylde, and Dweezil Zappa, just to name a few. Tickets are available here, and the show starts at 8pm. –K.H. 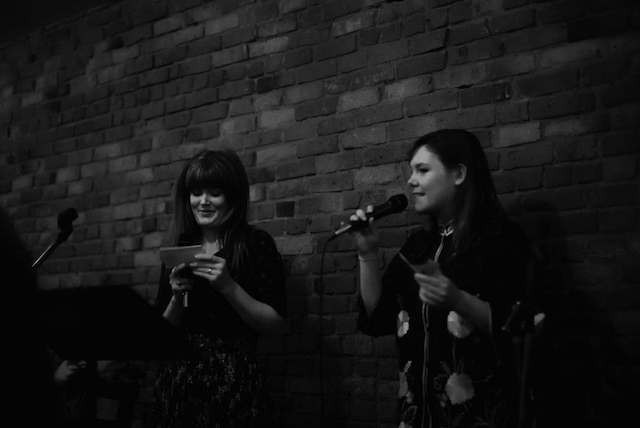 Saturday, March 19 Is there such a thing as too much good comedy in one place? We have a feeling the answer is a resounding no, but we’ll find out this Saturday at 61 Local when BackFat Variety hosts an epic variety show and fundraiser featuring a whopping 71 comedians, all appearing in support of the adorable fuzzie-wuzzies at Badass Brooklyn Animal Rescue. Starting at 7pm, drop by for a March Madness Joke Contest where 64 funny folks will face off against one another until one is crowned Funniest. Then at 9:30, the real fun begins with a series of standup sets, characters, and musical performances from the likes of Myq Kaplan (Conan), Giulia Rozzi (The Jim Gaffigan Show, Moth GrandSlam Champ), Colin Nissan (The New Yorker) and more. Admission is free, but there is a $10 suggested donation, 100% of which will support Badass Brooklyn in its mission. Doors open at 7pm. –N.R. 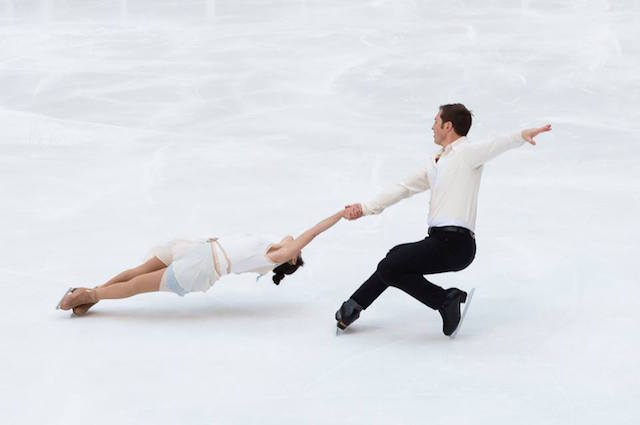 Sunday, March 20 Sunday afternoon presents the perfect opportunity to head into Prospect Park and take advantage of the Lefrak ice rink before it closes up shop for spring. The venue is hosting two free figure skating shows at 2pm and 5pm in collaboration with Brooklyn Ice, the only free after-school ice skating program in New York City. The program’s theme this year is Birds, Bees, Bears and Trees, and it will showcase performances from some superstar students as well as guests that include an Olympic figure skater and members of the Ice Theatre of New York. –K.H.

All around awesome bar The Gate hosts Monday night trivia starting at 8pm. Photo: The Gate

Monday, March 21 Get nerdy on Monday nights in Park Slope at The Gate’s weekly Can’t Stand Trivia night, which starts at 8pm and is hosted by Mitch Dyson. It’s free to play, and you have a chance to win sweet prizes like bar tabs and buffalo wings from nearby Bonnie’s Grill. One round’s theme is announced on the bar’s Facebook page a day before the event (recent questions have rewarded players for their knowledge of New York City), so you even get a little time to study up. And, let’s be honest, who needs another reason to hang out at The Gate, one of the most low-key, easygoing places to enjoy a post-work beer in Brooklyn? — K.H. 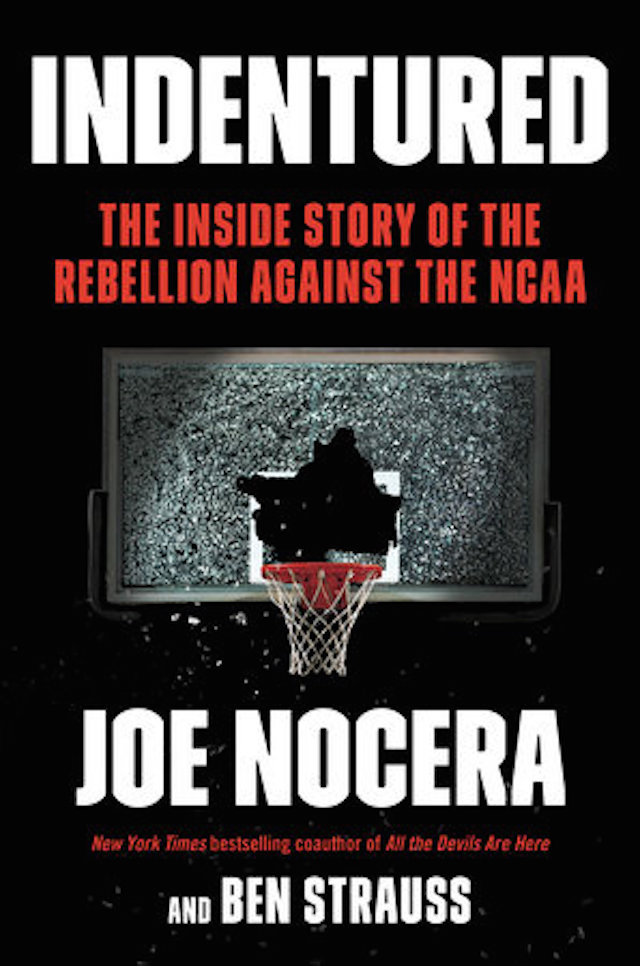 Tuesday, March 22 I count myself among the lunatic college basketball fans who will be completely preoccupied with brackets and upsets and how many nachos one person can consume in a day as I watch my favorite sporting event unfold over the next few weeks. Despite my lifelong obsession with March Madness, though, I have to admit that it is harder and harder to sit through One Shining Moment every year knowing how unfairly the hundreds of millions of dollars that the event pulls in are distributed. New York Times op-ed columnist and investigative reporter Joe Nocera is an extremely vocal critic of the exploitation occasioned upon collegiate athletes by the industry, the NCAA, sponsors, TV networks, coaches, and schools, and on Tuesday night he will be discussing his new book on the topic, Indentured: The Inside Story of the Rebellion Against the NCAA, with ESPN reporter Darren Rovell at the Brooklyn Public Library at 7:30pm. It should be an informative and well-timed reminder of the need to correct some of the inherent inequities that characterize our otherwise beloved March tradition. The talk is free, but you’ll need to reserve a ticket here. –K.H. 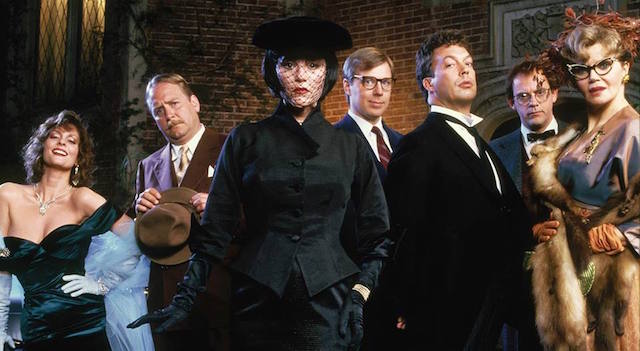 The classic mystery/comedy flick based on the board game Clue will be performed by drunk comedians for your entertainment on Wednesday night at Littlefield. Photo: Paramount Pictures

Wednesday, March 23 Continuing its long streak of bringing some of the best films of the 1980s and 1990s to the stage, monthly comedy show A Drinking Game NYC presents their own interpretation of the classic whodunit, Clue, this Monday night at Littlefield. Watch (and drink) as local actors perform the 1985 board game-based film from beginning to end and drink every time a certain buzz word or phrase comes up. The result: a hilarious descent into movie madness. Tickets are $10; doors open at 7:30pm. –N.R.