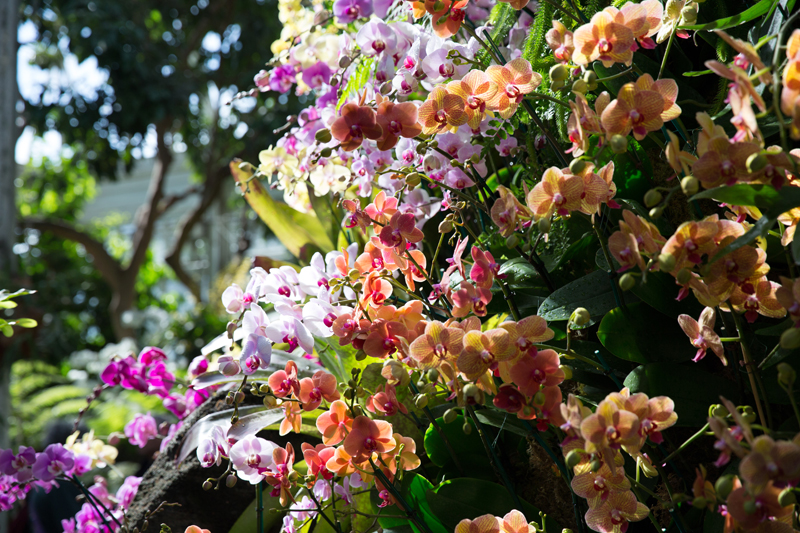 Hiya, everyone, and welcome to this week’s edition of Your Ideal Week, which happens to drop on a March Wednesday that is promising lovely mid-60s weather! If that’s not enough to put a smile on your face in the middle of this demanding workweek, might we suggest some fun events for you to check out when you have some downtime?

First up, keep in mind that there is still time to buy tickets to the New York Botanical Garden’s annual Orchid Show and the American Psycho musical, both of which we previewed earlier this month in our culture roundup. I’ve never been to the Orchid Show myself, but based on some brazen eavesdropping in my gym locker room last week, it sounds like a can’t-miss event and I ran home and signed up for a ticket immediately.

Barring some extraordinary sea change, it looks like one of the nominees for the highest office in the land is going to be Donald Trump, the vile, hate-mongering pathological liar whose lack of humility, tact, and qualifications crossed the line from entertaining to terrifying months ago. If it feels like you are watching a slow-moving car wreck that you are powerless to stop, maybe it’s time to get out there and take action. This week, the Hillary Clinton campaign is holding two organizing events in Brooklyn–one in Flatbush on Thursday and one in Park Slope next Tuesday–to help get things going in advance of the April 19 New York State primary. And, as we wrote about a few weeks ago, Brooklyn is also really feeling the Bern, if you want to support the Vermont lawmaker. We’d certainly like our next president to have actual relevant experience and to understand that depriving vulnerable minority groups of their basic rights will not “make America great again.” 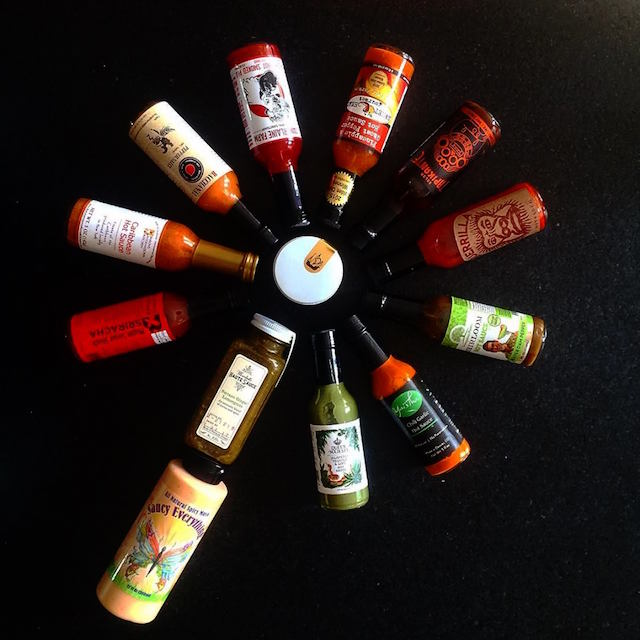 Set your Thursday night and your mouth on fire with a special five-course pop-up dinner with Heatonist. Photo: Heatonist

Spice up your Thursday night at Heatonist, Williamsburg’s very own hot sauce emporium. Starting at 7pm, they’ll be hosting a special five-course pop up dinner featuring dishes and small bites made with select products from the store by chefs Flannery Kette-Kolton and Lauren Gerrie of bigLITTLE Get Together. A ticket will run you $75 and includes a King’s County Distillery signature cocktail and wine from Hidden Sea. If you’re looking to discover your current favorite trends in the ever-changing craft beer scene, head to the Lexington Armory on Friday night for the kickoff of the weekend-long NYC Craft Beer Festival. Over 75 breweries from all over the country will be pouring 150 selected seasonal beers, meads, and ciders for you to try, so be sure to load up on a hearty dinner beforehand. Maybe Easter hasn’t been the same since we learned the truth about the Easter Bunny, but you can carry on the traditions of your youth (with alcohol in the mix this time around) at The Great Egg Hunt, a pub crawl spanning seven bars on Williamsburg’s Grand Street this Saturday afternoon. In addition to great deals on drinks, there will also be hundreds of plastic eggs filled with great prizes like spa gift certificates and movie tickets hidden throughout. 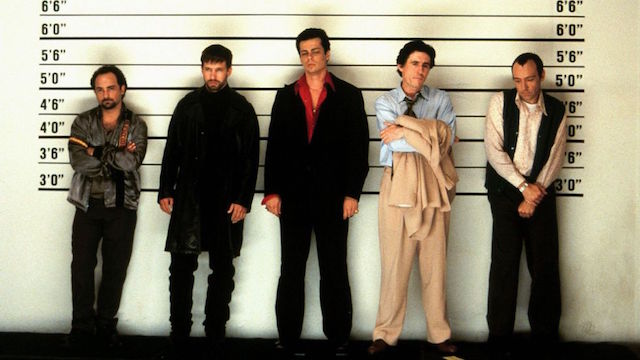 Before he was Frank Underwood, Kevin Spacey was, well, let’s just say he was in The Usual Suspects.

Decades before his portrayal of ice cold megalomaniac Frank Underwood made us even more suspicious of the American political machine than we already were, Kevin Spacey was a relative unknown who put himself on the map with a knockout performance in a little movie called The Usual Suspects. Although I am of the opinion that it is squarely on you if you still haven’t seen this film or at least been told what happens in it, I’m going to be extra careful to avoid saying anything that could possibly be construed as a spoiler. Instead, I’ll simply advise you to head to Nitehawk Cinema for a special brunch screening of the 1995 plot-twister on either Saturday or Sunday at 11:30am. Tickets are $11 each and are extremely likely to sell out in advance. On Sunday evening, The Pels Pies Co. is celebrating its first anniversary with a party that includes a screening of the documentary Fine Food Fine Pastries and a free (!) dinner buffet.

Common Shade, the discussion series that explores the border between life and death in the dramatic Historic Chapel at Green-Wood Cemetery, will host Death, Sex & Money podcaster Anna Sale in its first installment of the year this Monday night at 6:30pm. Whether you’re a fan of the show and Sale’s evocative interviewing style or you are just interested in an in-depth conversation about death and its place in history, society and culture, pick up a $25 ticket and head on over. Afterward, we suggest celebrating life with a beer or two at nearby Mary’s Bar.

For all my fellow bookworms, Tuesday night has got all of your literary needs covered. The Manhattanville Reading Series, a new collaboration between the popular Franklin Park Reading Series and Crown Heights’ Manhattanville Coffee, will showcase emerging writers and is presenting its debut installment starting at 7:30pm. At the same time at the Dweck Center, the Brooklyn Public Library is hosting Erik Larsen, the acclaimed author of best-selling titles like The Devil in the White City, who will be discussing his latest book, Dead Wake, which explores the tragedy of the Lusitania.

If, like me, you have a tiny sliver of what passes for outdoor space in this town AND a well-documented black thumb, this time of year might cause some anxiety around how to get the most out of your arable patches/window boxes/roof/whatever. Brooklyn Grange to the rescue!  Wednesday evening’s Planning an Urban Vegetable Garden class will give you the confidence you need to stroll into Home Depot with confidence, knowing that you can choose the right containers, soil, light, etc. to give your little crops the best chance they’ve got to survive and flourish.

Listen to some tracks from The Low End Theory today, in memory of Phife, and then go forth, BBers, and enjoy the week ahead of you.

Your Ideal Week at a glance:

NYC Craft Beer Festival [MANHATTAN] 7pm, $55 and up. Runs through Sunday. Get tickets↠

The Usual Suspects at Nitehawk Cinema [WILLIAMSBURG] 11:30am, $11. Also screening Sunday. Get tickets↠