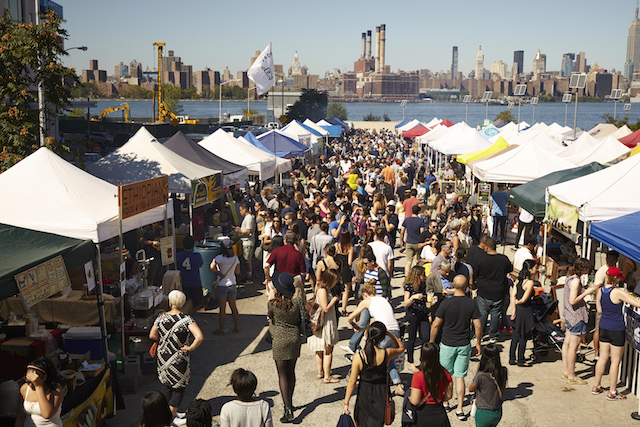 Get your cheese on at Brooklyn Brewery this week. Photo: Murray’s Cheese

It is really starting to feel like spring is here, despite forecasts for a chilly weekend. That means that here at Brooklyn Based we’re getting intel on even more awesome events to cull through for Your Ideal Week than we do when it’s frigid and dark out and all anyone really wants to do is Netflix and chill, or at least Netflix anyway. On tap this week we’ve got lots of activities that will appeal to the foodies out there (and this is Brooklyn, so we know you’re out there). It feels like a good time of year to commit to trying something new, so whether it’s a restaurant you’ve been meaning to check out or an entirely new-to-you cuisine, why not give it whirl? Here’s hoping you find your new favorite dish, as well as some cool ideas for comedy shows, concerts, and other fun events to take part in during the Ideal Week that starts now–read on for our suggestions:

I’m a big fan of comedian Giulia Rozzi, who you might recognize from Chelsea Lately or The Jim Gaffigan Show or from performing standup around town, so I’m excited to check out her new show, First Set, at Union Hall on Thursday night. As the name suggests, the focus is on early (and often embarrassing) sets in established comics’ careers, with real-time interviews and cringe-worthy footage to bring it all home. For this week’s first installment, the esteemed guests are Kevin Allison, Naomi Ekperigin, Nick Turner and Kendra Cunningham–and don’t worry, they will also be performing current, polished material too. 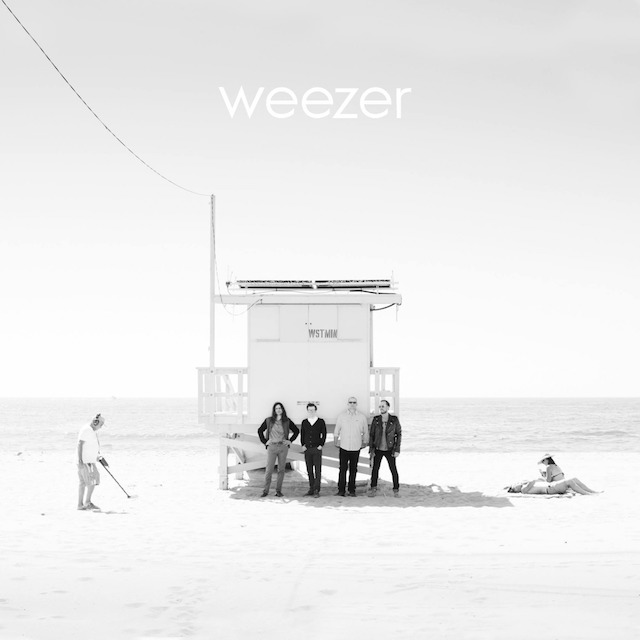 Not working on Friday? You might get to catch a special Weezer show live in Williamsburg–no April Foolin’! The band who changed the face of karaoke forever by releasing iconic 90s hits like “Say it Ain’t So” and “Buddy Holly” will be selling their latest and greatest, The White Album, starting at 11am. If you can get to Rough Trade to buy a copy of the CD and snag a wristband before they run out, you’ll get free entry to a signing and concert starting at 6pm. Meanwhile, a little further south, one of our favorite watering holes, Mission Dolores, will be celebrating its sixth anniversary with an all-night-long party featuring rare and delicious beers on tap (including a brand-new collaboration with Brooklyn’s own Other Half Brewery).

I’ve had a huge soft spot for community-based boating organizations ever since I wrote this a few years back, so Ghostship Ball, Saturday’s fundraiser for the North Brooklyn Boat Club and the Long Island City Community Boathouse is right in my wheelhouse. The party starts at House of Yes! at 5pm, and will include tales of seafaring adventures from veteran kayakers, aerial acrobatics from Urban Circus NYC, and live banjo, pop, and funk music. Tickets are a steal at less than $10 each.

The Smorgasburg returns to points north after wintering in Industry City. Photo: Smorgasburg

In other exciting news, Smorgasburg is headed outdoors again for another season starting this weekend. More than 100 vendors slinging some of the city’s most delicious snacks will be setting up tables at the foodfest’s Williamsburg waterfront location on Saturday and in Prospect Park on Sunday, so hit the ATM and get ready for a calorie-filled afternoon.  And if you haven’t stuffed yourself to the absolute limit with pupusas and ramen burgers, you might want to check out the Brooklyn Wild Game Dinner happening at a to-be-disclosed location on Sunday night. Non-squeamish carnivores only need apply–the menu boasts dishes like elk pate, tandoori hare, and goose ragout, and reads like a wedding feast that might be thrown for a member of House Lannister. 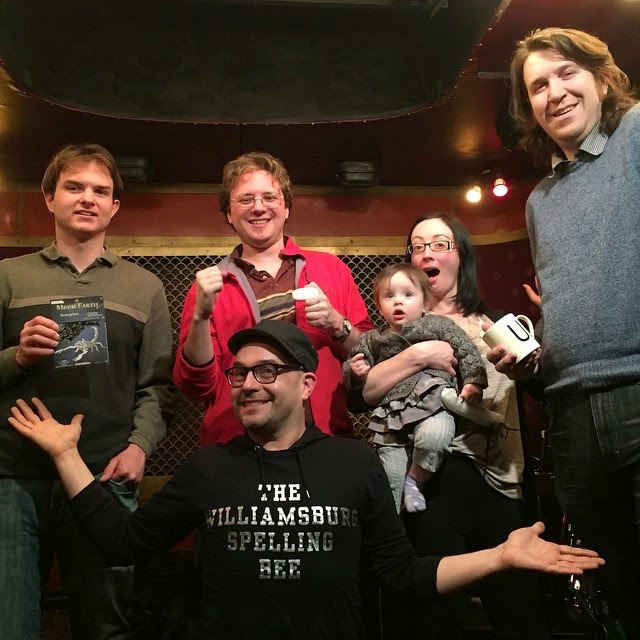 Monday night presents an opportunity to give a celebrated Williamsburg institution a proper send-off: After an outstanding 12 years of stumping the area’s most skilled spellers, the Spelling Bee at Pete’s Candy Store is closing up shop after this week’s Grand Finale show, and hosts Bobby Blue and Jennifer Dziura are going out in style. There will be cake, prizes, a cocktail special and live music, all starting at 7pm.

I just previewed Nitehawk’s brunch screening of The Usual Suspects last week but, even at the risk of being repetitive, I simply can’t let Tuesday’s Major League Film Feast at the Williamsburg theater come and go without alerting you all to its existence. In honor of the kickoff of baseball season (#LGM!!), Nitehawk is showing my fave flick about our national pastime alongside a menu of gourmet hot dogs and drink pairings inspired by characters from the movie. A chance to watch Wild Thing and Jake Taylor lead the Cleveland Indians to World Series domination while chowing down on Pedro Cerrano’s “El Conquistador” dog and drinking a drink called Jobu’s Rum sounds like something I don’t want to miss. Tickets are $65 and are available here.

Which brings us to next Wednesday, which presents even more opportunities to indulge in the form of a How to Eat Cheese event at Brooklyn Brewery, featuring experts from Beecher’s Handmade Cheese, Murray’s Cheese Shop and more, as well as the annual Taste of Fifth festival featuring food from dozens of Park Slope’s most beloved restaurants. If you’re looking to feed your mind instead of your tastebuds, pick up a ticket to Not Your Mother’s Feminism: Sisterhood in the Digital Age, a panel at Brooklyn Historical Society featuring the women behind Buzzfeed’s Another Round, Feministing, and The Mary Sue.

Ghostship at House of Yes! [BUSHWICK]. Get tickets↠

Not Your Mother’s Feminism: Sisterhood in the Digital Age at Brooklyn Historical Society [BROOKLYN HEIGHTS], $10. Get tickets↠

How to Eat Cheese at Brooklyn Brewery [WILLIAMSBURG]. Get tickets↠