On Saturday, May 14, hundreds of cyclists will ride en masse along 7.5 miles of the Brooklyn Waterfront Greenway at the inaugural Brooklyn Bike Rave, a glowtastic night ride with lights and music.

Brooklyn Bike Rave, hosted by Brooklyn Greenway Initiative, is New York’s first event of its kind and allows the participant to become an integrated part of the experience by bringing their own creativity and lighting up their bikes, dressing up and playing music from a synchronized playlist, while experiencing the energy of nocturnal Brooklyn at its best. 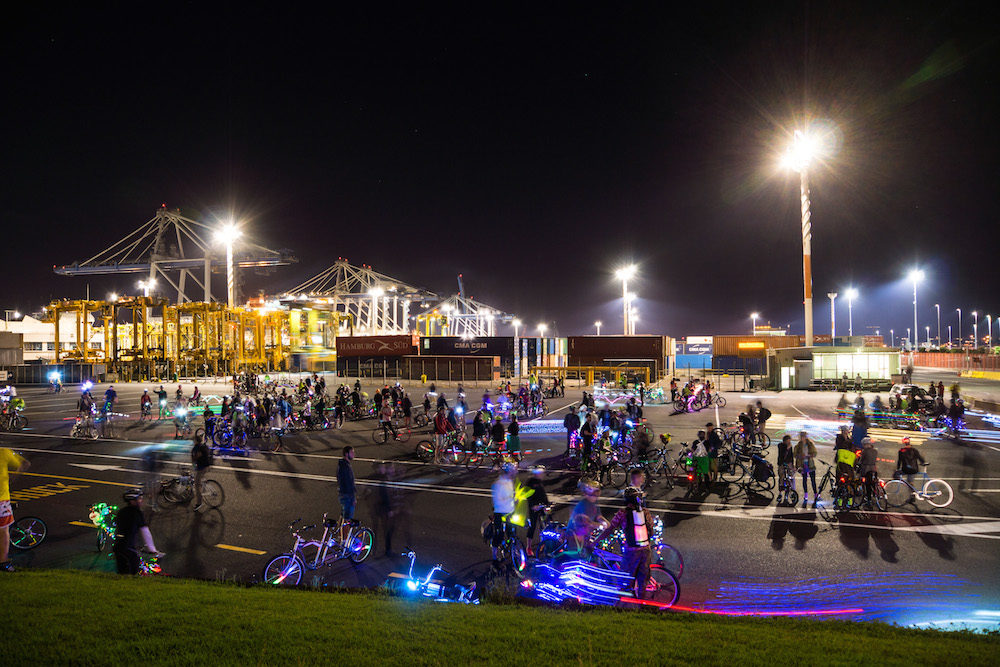 The ride will start at dusk in Greenpoint, stop under the iconic Archway under the Manhattan Bridge in Dumbo for entertainment, music, and refreshments with lighting design by Ionic Design Group, continue through Brooklyn Bridge Park, and will finish in Red Hook. 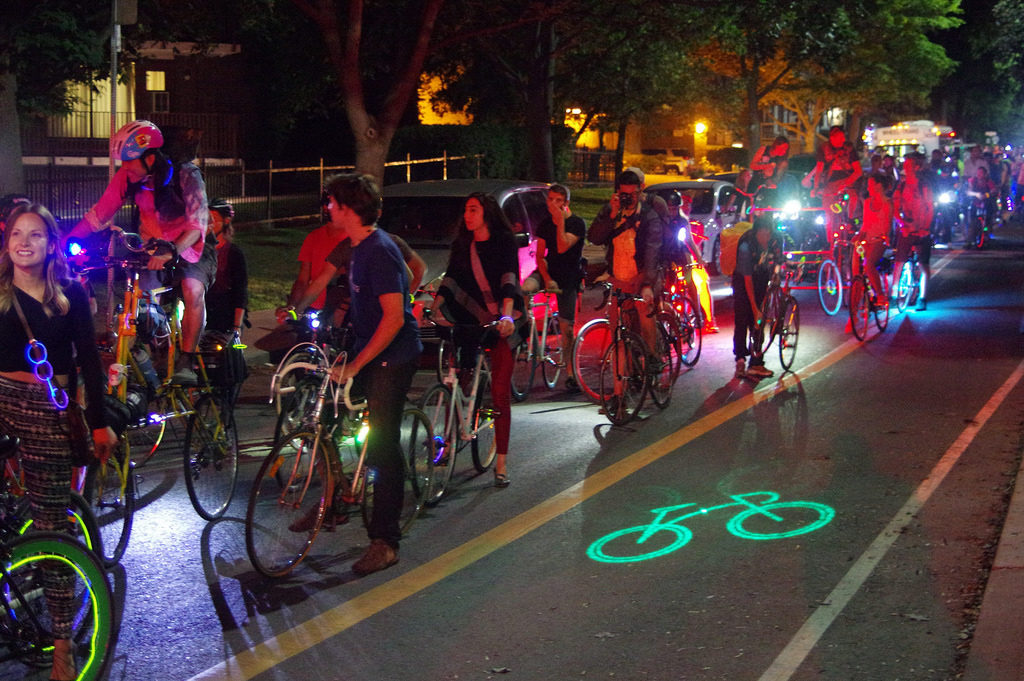 Bike raves are a cultural phenomenon that is spreading around the globe.

“The event serves as a great gateway to cycling for transportation, giving folks the perfect excuse to get on a bike, often for the first time in years,” says Olivia Lynch, Director of Outreach and Engagement at Brooklyn Greenway Initiative. “It also provides a unique opportunity to collectively celebrate the city within the shared realm of its public greenways, plazas, and parks. We invite participants of all ages and from all backgrounds to join us for the city’s first event of its kind!” 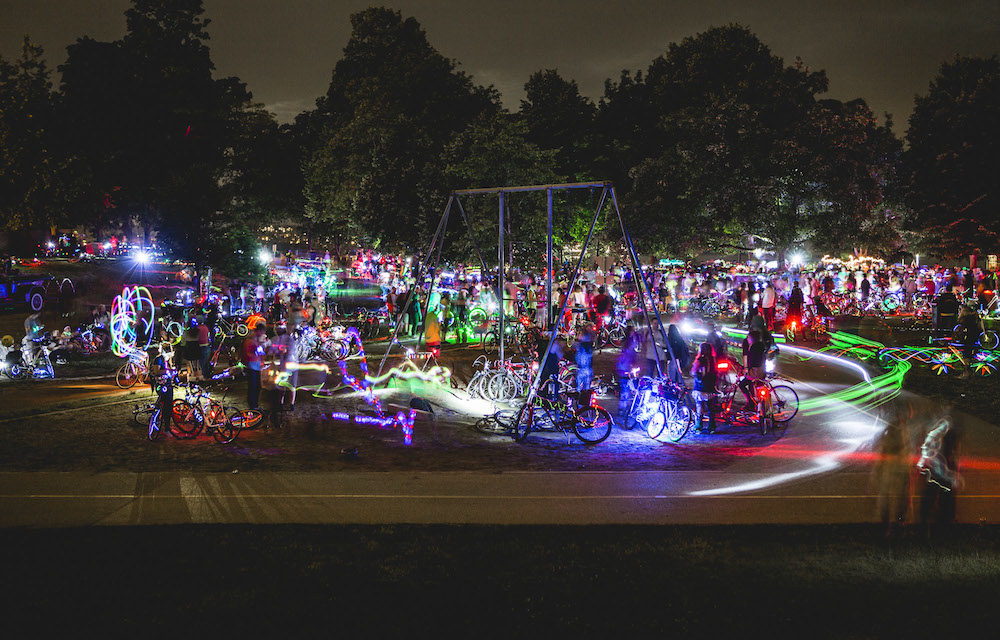 Participation in the Brooklyn Bike Rave supports Brooklyn Greenway Initiative, the non-profit organization committed to the establishment, development and long-term stewardship of the Brooklyn Waterfront Greenway. When complete, this 14-mile landscaped route for pedestrians and cyclists will connect neighborhood parks and open spaces from Greenpoint to Bay Ridge.

Early-bird registration fees of $35 are available through April 1. Register for the Brooklyn Bike Rave online.