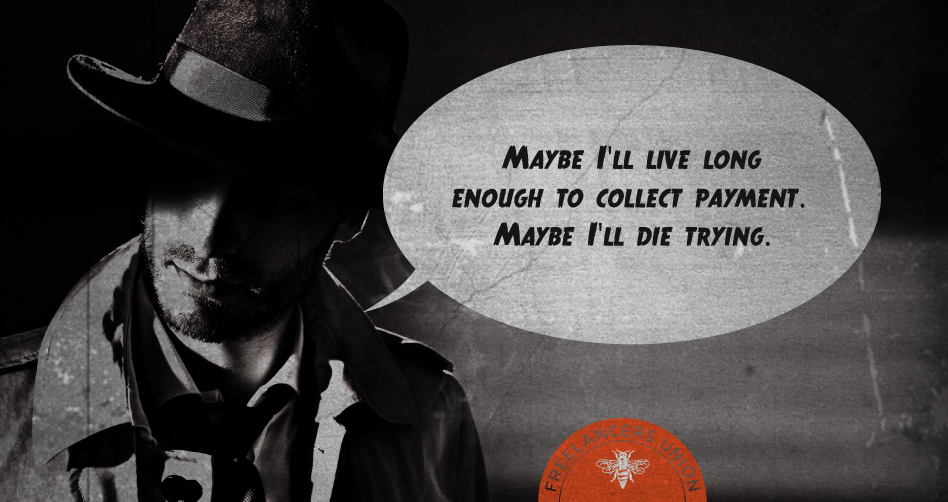 Erin Taylor is $1600 in the hole. And her situation isn’t due to anything unsavory, like a gambling debt or an unpaid credit card bill, but rather unpaid invoices. The longtime hairstylist, who recently left her day job at an on-demand beauty service to become a full-time freelancer, is simply waiting, and waiting, on her clients to pay her for work she completed more than 30 days ago.

“I wanted to work on-set, in fashion and in commercials, because it’s more my cup of tea,” says Taylor. “But I haven’t been paid for a couple of jobs going back as far as December. It’s hard to budget your life when you don’t know when the next payment is going to come”

Luckily for Taylor—and possibly millions of New Yorkers—she is a member of the Freelancers Union, a 21-year-old organization based in Brooklyn and committed to advancing the rights of freelancers. Currently, the union represents more than 300,000 freelancers throughout the United States, offering many of them health and dental insurance, retirement accounts, networking opportunities, educational workshops, and other resources and benefits.

But in 2016, the Freelancers Union could turn one of its long-standing causes into law. After enlisting New York City Councilmember Brad Lander as a sponsor in December, the Union is pushing the City Council to pass the “Freelance Isn’t Free” Act, a citywide ordinance that would finally give recourse to millions of independent workers throughout the U.S. when their NYC-based employers delay or fail to make a payment.

Under the law, which counts Kickstarter, General Assembly, the National Domestic Workers Alliance and two dozen other organizations among its supporters, companies would be required to sign a clear contract at the start of each freelance assignment. In the event that they violate that contract, employers risk double damages (i.e. what the freelancer is owed times two), attorney’s fees if the case is tried in small claims courts, and civil penalties levied by the New York Department of Consumer Affairs.

According to Freelancers Union, many independent workers experience the same payment issues as Erin Taylor. Seventy-one percent of freelancers report struggling to get paid on time at an average of $6,000 in non-payments per year. And compared to their full-time counterparts, who can turn to the Department of Labor in cases of non- or late payment, freelancers have very few options: They can either harangue their temporary employer with unanswered emails and calls or they can take the company to small claims court, a costly endeavor that may involve lawyers. Most freelancers choose the former strategy—with mixed results.

“You don’t want to burn any bridges, you don’t want to ruin relationships,” says Taylor. “But at the same time, you have to pay your people. You’re relying so much on each job and it’d be nice to know when to expect the money to come.”

To that end, Freelancers Union has taken their campaign for freelancers rights far beyond the halls of the City Council and hopefully into the public consciousness. In addition to a string of advertisements, the organization recently launched an interactive website entitled “The World’s Longest Invoice, ” encouraging freelancers across various industries to share their financial slights, which range from $30 for “writing” to $60,000 for “graphic design.” At press time, the bill was closing in on $900,000.

“One of the things that’s been really important to us is to show who this independent workforce is,” says Pearce. “And part of our goal with “World’s Longest Invoice” is not just to show the immense, crushing size of the problem, but also to show you the work in the invoice and what a diversity of work it is. That’s an important message for us.”

According to a representative for Councilmember Lander—who said via email that he is “proud to work with Freelancers Union and many of my colleagues…to provide independent workers with real protections against payment theft”—the bill currently has the majority support of 32 of the city’s 51 councilmembers, with the remaining membership not yet in support of the bill, but not against it either. Should the Council’s Committee on Consumer Affairs approve the legislation, possibly with a few revisions, the “Freelance Isn’t Free” Act will go before the entire City Council for a final vote. The timeline for full approval is unclear—a familiar state of being for freelancers—but the Freelancers Union believes the bill stands a very good chance of passing this year.

“New York City is the hub of a lot of freelance industries,” says Pearce. “And we really think that because of its strong freelance population and because of the support we’ve received here locally from the City Council, it should really be a leader in bringing this legislation forward and hopefully can be something that gets replicated in other cities.”