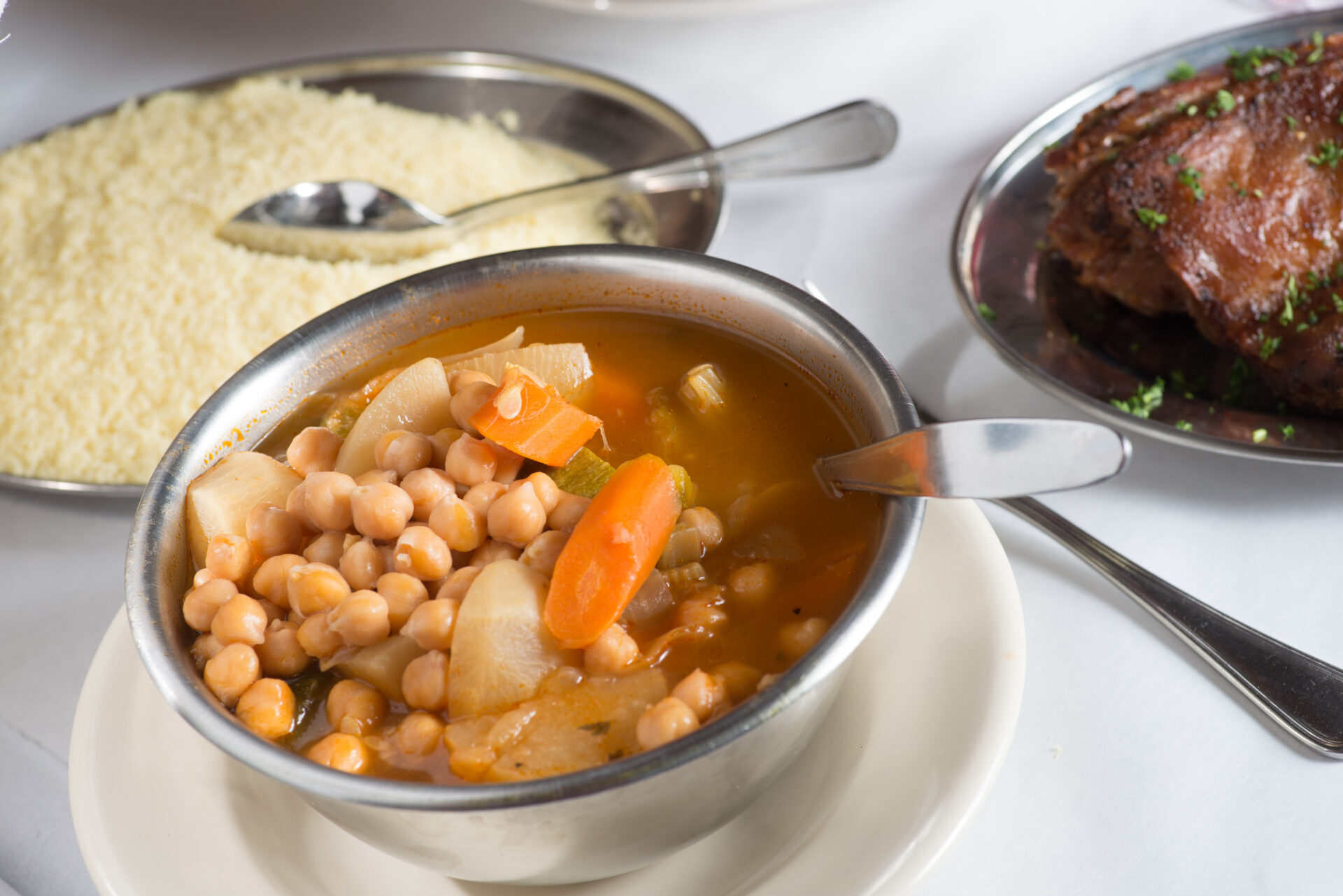 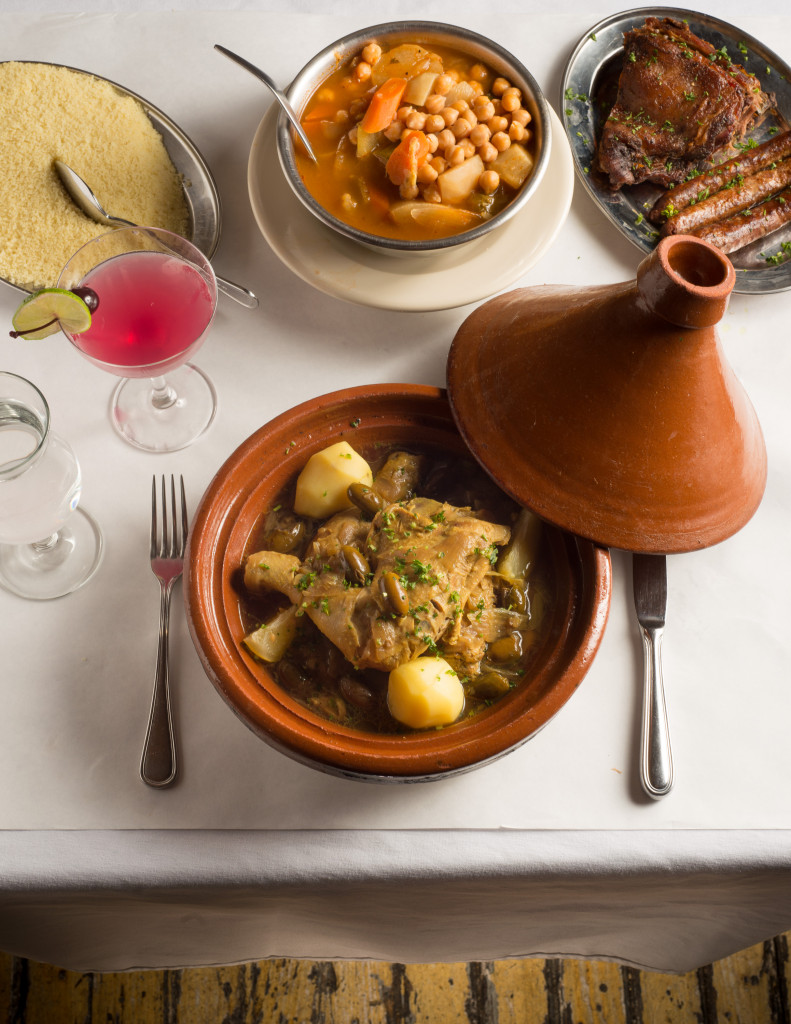 As far as New York restaurant buzz goes, Bar Omar received relatively little attention when it opened in Williamsburg in February. There were a few brief write-ups, but not much else, a curious fact given the French-Algerian restaurant’s rich history. Owner Yasmina Guerda opened the restaurant as a sort of homage to Chez Omar, a popular restaurant in Paris that her father, Omar Guerda, started in the 1970s. Chez Omar was one of the first North African restaurants in Paris, and to this day, it’s packed with both local Parisians and tourists.

Bar Omar, located on Grand Street between Bedford and Driggs, specializes in the couscous and tagines that its Parisian sister restaurant is also known for. At Bar Omar the couscous, tiny steamed balls of semolina, is served with a stew-like, slow-cooked mix of meat and vegetables. The options include lamb, beef and roast chicken, as well as a seven-vegetable version, which range in price from $15-28. The menu has a separate section for tagine, a similar stew made in a special clay vessel, with lamb, apricot and prunes ($39) or chicken, olives, and preserved lemons ($37). Both are served family-style, and my dining partner and I devoured our chicken tagine and plain couscous side. The rest of Bar Omar’s menu emphasizes traditional bistro dishes like steak frites and roast chicken, and entrees range from the high teens to the low twenties in price. 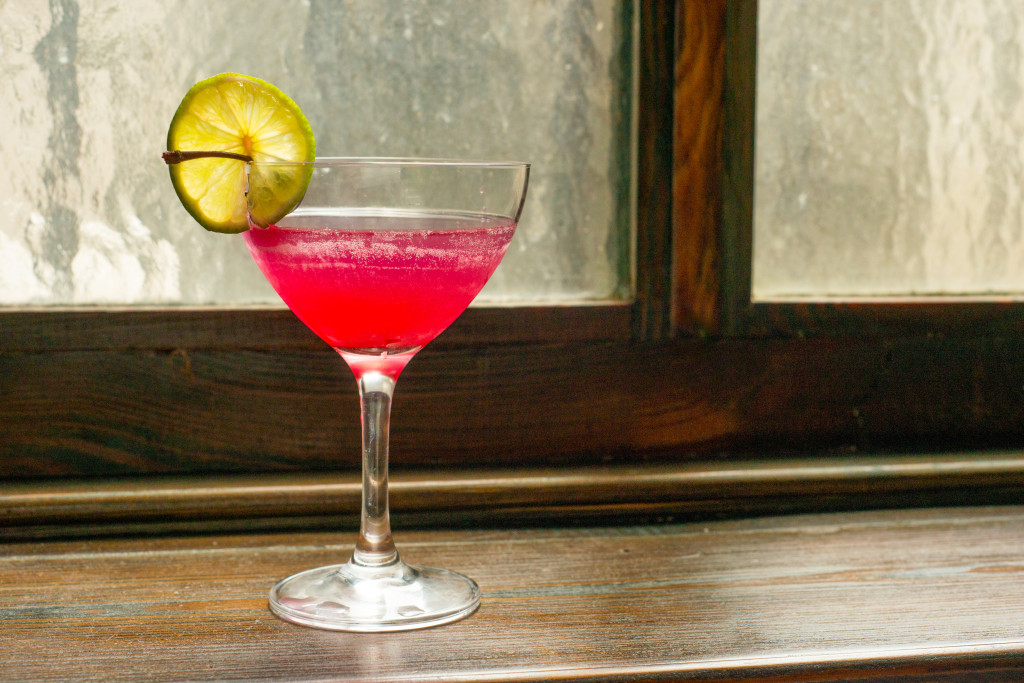 The well-stocked bar means plenty of beer, wine, and cocktails, including three house creations with a North African slant. Instead of a Moscow Mule, there’s a Maghreb Mule made with vodka, lime juice and ginger beer, and there’s a Marg’harissa, a spicy, sweet, savory combination of tequila, mezcal, triple sec and harissa, a spicy North African condiment. 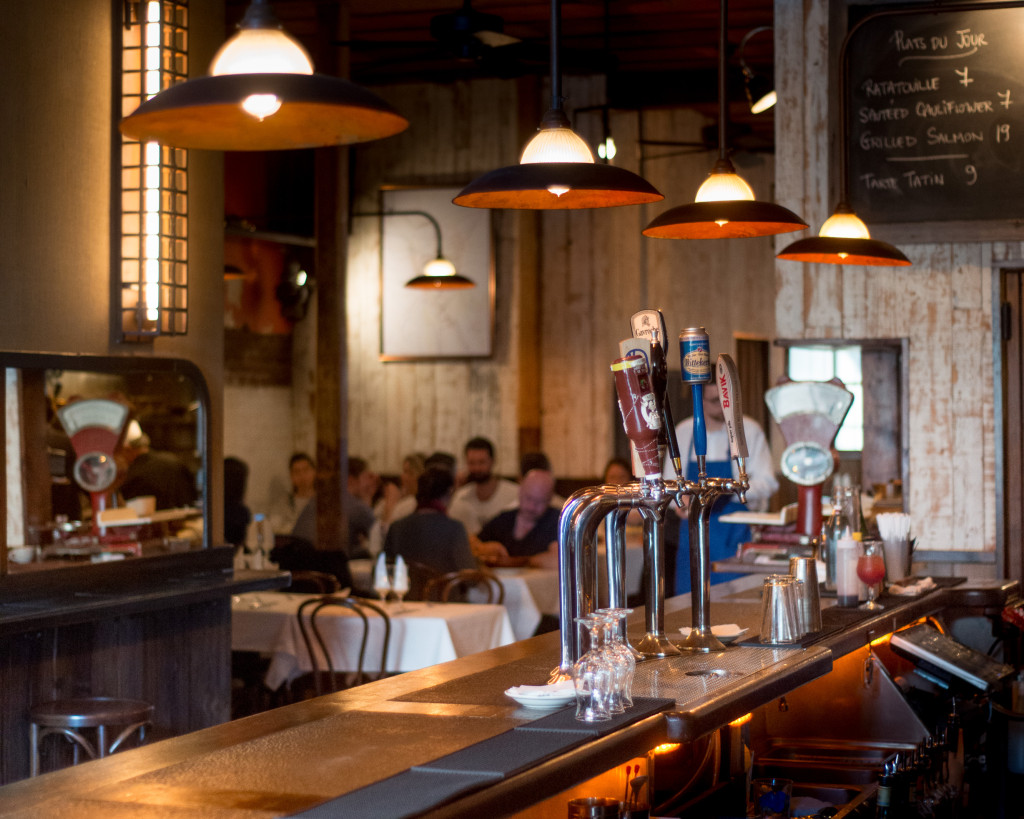 Bar Omar has a comfortable bar and a dining area that reads as Brooklyn elegant. Photo: Spencer Starnes

Though I’ve never been to the original restaurant in the Marais, my dining companion had gone a few times during her semester abroad in France and assured me that the couscous at the Brooklyn outpost was a near replica of the original, including the stainless steel serving bowls. Yet there are some elements of Chez Omar that are unmistakably influenced by Brooklyn. The space includes a bar area in the front and a large dining room, both of which are rustically outfitted in dark wood-paneling. The crowd was casual but the restaurant was more formal than I was anticipating, with dim lighting and white-tablecloths (though they were covered with white paper). The weeknight crowd was a mix between couples and families, plus a few lone wolves drinking at the bar. My friend had a sneaking suspicion that the older man who served us our tagine was Omar himself, and when she interrupted his conversation with a bar patron to confirm, he had a warm and welcoming demeanor that no doubt contributed to making his Paris restaurant a neighborhood favorite. 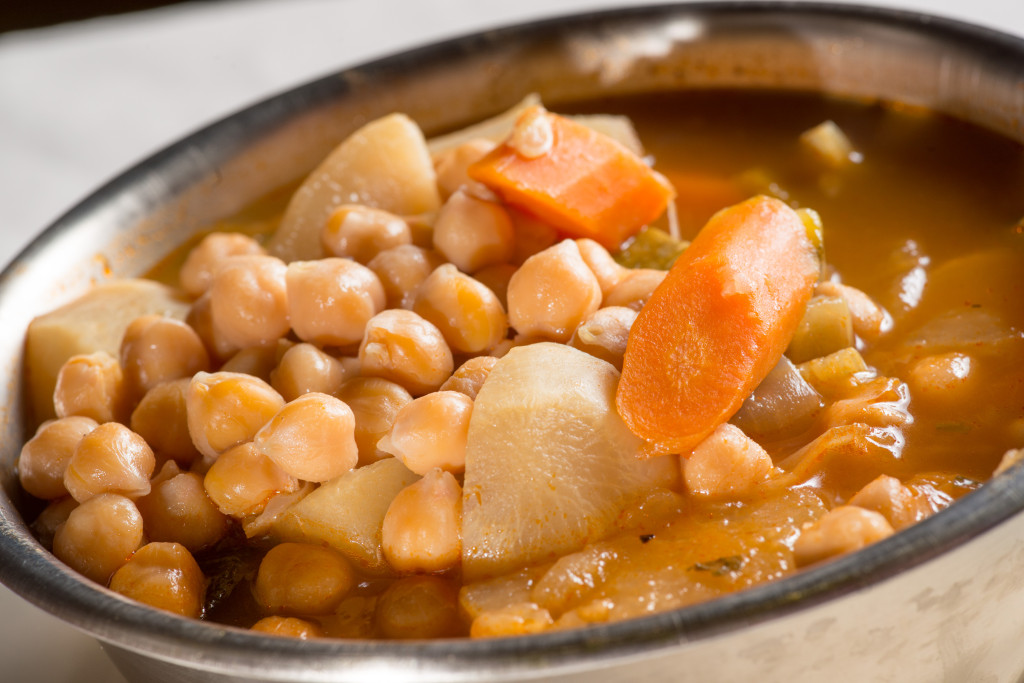 The seven-vegetable couscous is just as satisfying as the meatier versions on the menu, Photo: Spencer Starnes

Overall, I recommend Chez Omar, and I swear Mr. Guerda’s presence had no effect on this report card. The restaurant is authentic without trying to be—it lacks the stereotypical decor that many North African and French restaurants in this city play up (ornamental lights, carpets and patterns for the former; zinc bars, Toulouse-Lautrec posters, bistro chairs for the latter). And of course, the food is good. The chicken meat fell off the bone in my tagine and the couscous was moist, dense, and somehow airy at the same time. My one wish would be for a bread basket to soak up the leftover broth.