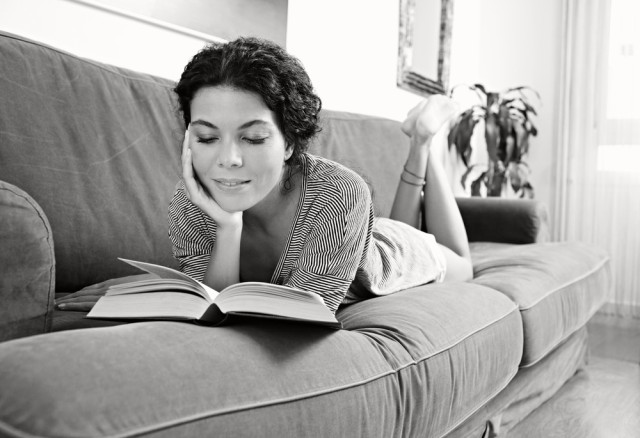 I have to get something off my chest: It is hard as hell to attempt to live alone in New York City.

At least a few times a year, when real estate sites like Street Easy crunch the median rents in NYC, and publications like Gothamist and DNAinfo broadcast the bleak figures, it becomes explicitly clear that even if you have relatively low standards for living and are making decent money (say, $45,000/year), you have only a slim chance of ever living on your own while you’re still in your 20s.

I understand this is hardly news and anyone who complains about this even in passing will often get a “Hey! Roommates are a part of the deal here,” or “You have to earn that privilege,” or, even worse, “Move away if you hate it so much.” But as we become ever more individualistic—and watch friends back home start making down payments and lifelong investments—it becomes harder to accept the status quo.

Let’s focus on the current state of living alone in New York City at a basic, financial level. In January, DNAinfo built a handy module that allows you to simply enter your yearly salary to find out where you can afford to live based on the median rent of each neighborhood. If it’s in your price range—meaning you earn 40x the monthly rent and aren’t “overburdened”—the neighborhoods in your range light up. At $40,000, you’re a perfect candidate for the Bronx neighborhood of Morrisania and that’s it. At $60K, your selection of neighborhoods increases twelvefold, but your options are still restricted to the Bronx. Skipping ahead, things improve drastically at $100,000 when the reach of your paycheck spreads to Harlem, to Sunnyside, Queens through Jamaica Estates, and into South Brooklyn, starting with Sunset Park and stretching down to Brighton Beach and oceanward to East New York. North Brooklyn is more or less reserved for those making $130,000 and up.

It’s easy to chalk it up to the ever-worsening problem of gentrification in New York, which has turned the most physically convenient neighborhoods into the least financially accessible, but it goes beyond that. There an assumption among brokers, among landlords, and among real estate agents that if you’re moving into a studio or one-bedroom, you’re moving in with a significant other. $2,500 per month on a studio or one-bedroom in East Williamsburg or Bushwick is out of reach for one person, but suddenly quite affordable for two if they’re splitting that cost right down the middle.

And accordingly, singular people—people simply looking to live alone, whether or not they are in a relationship—remain locked out of the equation. And trust me, it is grim out there. After three and a half years, five roommates, and three apartments, I was pining for a solo situation and finally committed to the search. In March, I joined nearly a dozen other singular New Yorkers in visiting a sloping, studio just off the Clinton-Washington stop on the A/C line. Located on the top floor, the tenant would have to share the bathroom and kitchen with the person living in the studio across the hallway. The room made me kind of sad and the situation made me feel as if I might be signing up for advanced dorm living, but at $950/month, I could literally hear the people around me licking their chops.

Less than a week later, I found myself off the Jefferson L, with the bright possibility of returning to Bushwick after a six-month hiatus (I got priced out of my last apartment there in November 2015.) This studio, priced at $1200/month, was located down on the first floor, and the only thing you needed to share was the kitchen (progress, I guess). Five minutes into the tour, my potential next-door neighbor—a rotund young man in a stained shirt and loose shorts—stormed into the kitchen to berate the landlord for showing the apartment without the current tenant’s permission.

So, I left and got a (highly recommended) bowl of gumbo at Heavy Woods.

Just a few days after that, I would find the perfect apartment: A quaint, Park Slope studio with its own kitchen and bathroom located just a few blocks from Prospect Park. But I lost that one to a woman who put in an application before even seeing the place.

The moral of the story isn’t that I found a not-so-far-flung place on a entry level journalist’s salary after lots of dedicated searching and 3.5 years of NYC apartment hunting experience, which I did. I found a tiny studio I can just barely afford in Bed-Stuy that I’m moving into next month.

The moral of the story is that the options for people heading into their late 20s—what are normally the first roommate-less years for people everywhere else—are so incredibly slim in our backyard. Even at your most alone in New York City, you’re surrounded by millions of moving bodies and voices, but when it comes time to leave that fray behind, there’s nowhere to go. It’s no wonder that the city is filled with Peter Pans who refuse to grow up.

There have never been more single and/or singular people in this city than there are right now and yet the only way these days to lock down a one-bedroom or nice studio is to be dating one of them. I can’t offer any solutions, unless we finally decide to fill in the Hudson and East Rivers to create more land, but I can say that the lack of options out there is creating a frustrated generation of young people eager to go solo like New Yorkers of yore, but increasingly unable to break free.

Maybe living alone isn’t even worth it. But how will you know, if you never try?