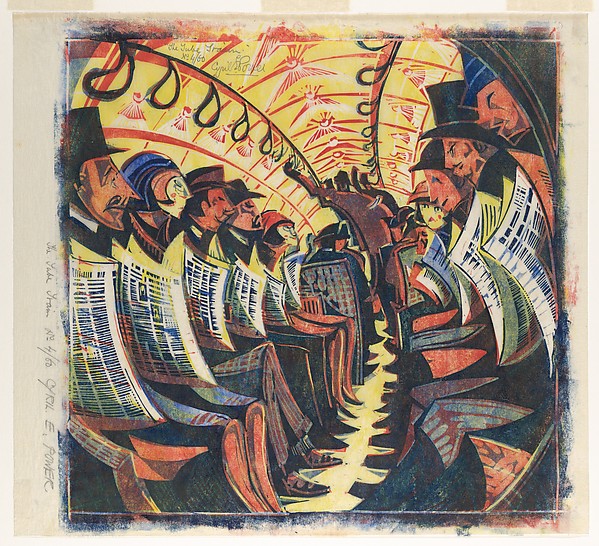 The Tube Train, a linoleum cut by Cyril E. Power, is part of the show, Unfinished Business at the Met Breuer.

May. It’s the time of the year here in New York where we traditionally ask ourselves, “Will it ever be really warm again?” And then one week later we start complaining about how hot it is on the subway platform. Forget the weather and get yourself to these 10 exhibitions, TV shows, new films, concerts and books, because it’s truly an outstanding month in culture ahead.

10. Want a surefire way to actually look forward to Monday—at least next week? Buy a ticket to the Red Baraat show at Brooklyn Bowl. There’s a reason NPR named this local Bhangra band “one of the best party bands around.” Take a listen, their mix of Punjabi folk and popular music speaks for itself.

9. The city’s well-dressed and wealthy will be flocking to the Metropolitan Museum of Art on May 2 for the annual Costume Institute Gala, celebrating its spring exhibition, the technologically tinged Manus x Machina. But if you, like me, failed this Can you afford to go to the Met Ball? quiz, than I suggest bypassing the Anna Wintour Costume Center for now and heading straight to the museum’s roof to see Psychobarn, a large-scale sculpture created by British artist Cornelia Parker as an homage to Alfred Hitchcock’s 1960 cult classic, Psycho. There’s no need to rush to this barn raising, though. Psychobarn will be on view through Oct. 31.

8. After reading this piece about a tale of two art worlds last week, I’ve decided to up my contemporary art consumption, which is easy enough to do in this city. While I’ll be sure to check out the current exhibitions and permanent collections at MoMa, the Whitney Museum and the Guggenheim, I’m also planning to make time this month to head to the Met Breuer, the Met’s new outpost for modern and contemporary art, which opened at the Whitney’s old location in March, to see Unfinished Business, a collection of never-completed works by everyone from Titian, Rembrandt, Turner, Klimt and Cézanne to Janine Antoni, Lygia Clark, Jackson Pollock, and Robert Rauschenberg, featuring nearly 200 pieces from artists stretching from the Renaissance until today, putting a modern twist on master works.

7. Like the cherry blossoms at Brooklyn Botanic Garden, spring touring season is about to hit its peak. What that means for music lovers is that, in the weeks ahead, some of the world’s best bands will be plugging in and turning it up at venues around the city. Check out the Brooklyn band, Caveman on May 5 at Terminal 5. The indie rock outfit is the epitome of easy listening, and its set promises to the the perfect segue into summer. Their new album, Otero War, is out June 17. 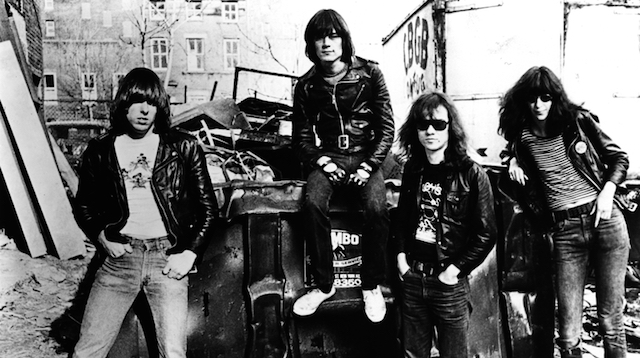 6. Stop by the Queens Museum to check out their exhibition on the band that put the Rockaways (city beaches officially open for the season on Memorial Day weekend) on the pop-culture map: the Ramones. Hey! Ho! Let’s Go: Ramones and the Birth of Punk is a celebration of the 40th anniversary of the Forest Hills foursome’s eponymous first album. It includes memorabilia and images spanning three decades of the band’s storied musical career and is a much-deserved tribute to these musical trailblazers. 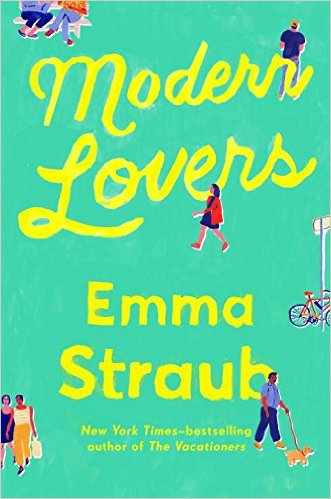 5. It was hard to pass a beach blanket or scroll through an Instagram feed without seeing a copy of Emma Straub’s The Vacationers two summers ago, and this month, Straub is releasing what is shaping up to be another summer must read, Modern Lovers. While Vacationers took readers to the distant shores of Mallorca and inside the dysfunction of one family, Modern Lovers is sticking closer to home. Set in Brownstone Brooklyn, Straub’s new novel, being released May 31, focuses on college friends, now in their fifties, as they navigate the nuances of middle age.

4. The recently opened Metrograph cinema on Ludlow Street has quickly become one of my favorite places to take in a film in the city—and not just because it has a concessions area that could easily put Willy Wonka to shame. The indie theater started screening a tightly curated collection of both 35mm and digital films back in March. This month go watch Los Sures, a documentary about South Williamsburg focusing on the once vibrant Latino communities that called the area home 30 years ago. The film, originally shot by director Diego Echeverria in the ‘80s on 16mm, was lost until 2007. It’s truly a time capsule of a bygone era in Brooklyn’s history. 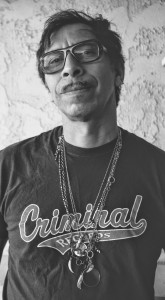 3. Besides having one of the coolest stage names in the business, Brian Tristan, better known as Kid Congo Powers is one of the founding fathers of Los Angeles’ punk scene. Though no longer the kid he was when he started his first band, The Gun Club, in the late ‘70s, Powers can still rock out with the best of them. He’ll be making a rare appearance on May 11 at The Bell House, playing songs of his new album, La Araña Es La Vida.

2. I would watch Tom Hiddleston in just about anything—including those slightly creepy Jaguar ads he’s been cropping up in lately.  He’s the star of a new AMC crime series, The Night Manager, playing Jonathan Pine, a British soldier turned spy. His target? None other than House himself, Hugh Laurie, who plays billionaire bad guy Dick Roper in this American adaptation of John le Carré’s novel of the same name.

1. If you’re looking for a movie to dive into this month, consider checking out A Bigger Splash, based on the classic psychological thriller La Piscine (1969, Jacques Deray). This new incarnation, out May 4, stars Tilda Swinton and Matthias Schoenaerts, whose Italian holiday gets interrupted when Swinton’s ex, played by Ralph Fiennes, shows up and shakes up their romantic getaway.